Mystery of the Front page!!

Yesterday morning, uncle came over here[ grandparents house, as he normally does], picked up the TOI and kept flipping through the pages.. Was wondering why he was doing that and when i asked … he said
The headlines on the paper he recd at his place is different from the one that was there in ours….
We were both stumped…. After a while, we [me, granpa, gramma] kinda convinced him that he had probably received Deccan Chronicle and not TOI.. Matter was put to rest..
In the evening, while i was at the Movie, he called… This call was to tell me that the paper at his place was indeed TOI and not Chronicle.. More puzzle… Asked him to bring it over today.. whcih he did!!
To add to this mystery, today morning i got on the net and checked out the epaper TOI of yesterday, 21st Jan.. and what do i see.. The front page looks like it did at the one uncle brought….eeeks, was i hallucinating??? what was happening!!! strange indeed!!! 😀
Chk this out….  what do you think happened??? Why is the headline different in both the papers?????Has it happened to you ever???? 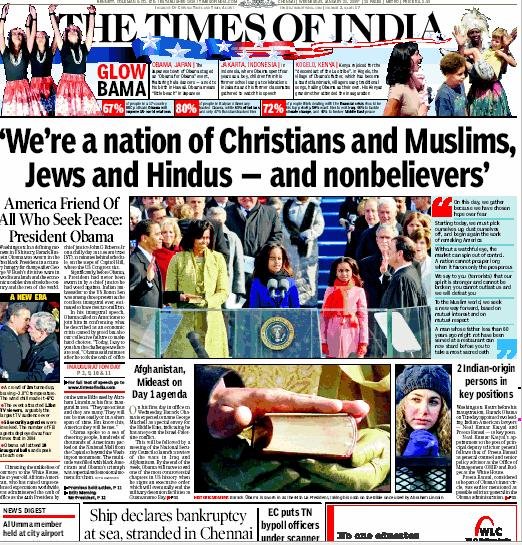 TOI at my home 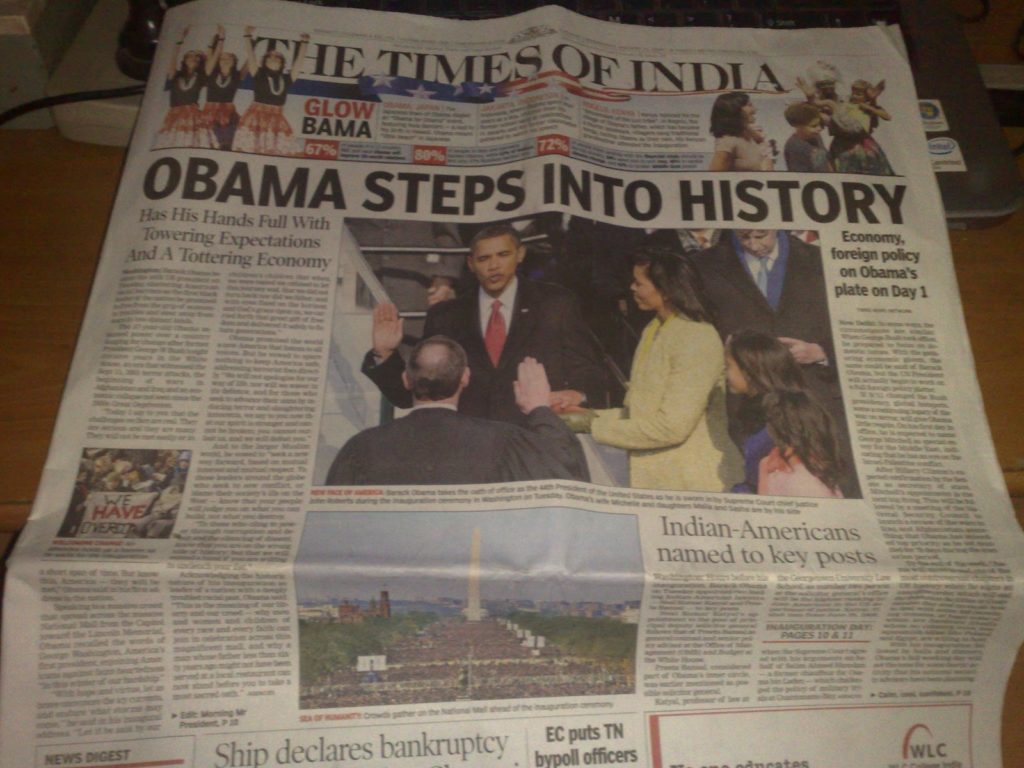