Yayyy, just discovered this is my 50th post in this blog!!! 🙂
The past 2 months i’ve been watching movies like crazy… Every night before sleeping, i grab a movie and then zzzz…. Some are big award winning ones and others are unheard of , but nevertheless Good movies… here are some more i feasted on…
Vicky Cristina Barcelona- 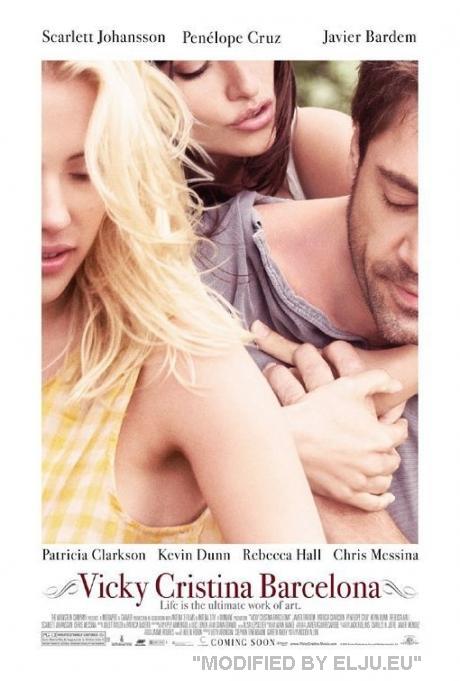 The one for which Penelope Cruz won a Best Supporting Actress award… wonder why though!!!
A movie set in Spain, is about two gals who go on a vacation… end up spending time with a casanova, and finally get to meet his estranged wife and its one big Sex based trip…. As the movie’s title suggests, it’s about Barcelona[ the town] as well as Vicky and Cristina[ the two friends].
The places, tour given of Barcelona… amazing acting by all the women are what leaves an impression.. For those, who are against sex, explicit scenes in movies, this might not be their cuppa tea…!!!
August Rush
A movie i picked up in Pondy… its about a kid who is a musical prodigy, in search of his biological parents!!! the only familiar faces in this movie was Johnathan Rys Meyers[ the hot looking hunk from Bend it Like Beckham] and the infamous Robin Williams…

Evan Tyler flits about from one home to the other and ends up with Robin Williams where he starts playing the Guitar in new ways and ends up in the park earning a living…He is also on a quest to find his parents… The blending of classical, rock and street-sounds music was phenomenal. The movie was funny, poignant and a tear jerker…. Must watch!!!
Tropic Thunder
This movie is sheer time pass, ahem, there were some scenes where i was bored and almost switched off the dvd… Borrowed the dvd from a friend , and thought why not!!! Glad i dint shell out $$ to buy this movie… And i have no clues why and how Robert Downing Jr was even nominated for the movie.. Arrrgh!!! silly ass movie produced by Ben Stiller simply isnt worth it… 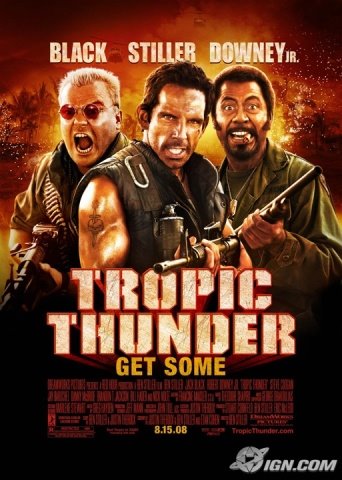 The film stars Ben Stiller, Jack Black and Robert Downey, Jr. as a group of prima donna actors making a Vietnam War film when their fed-up writer and director decides to drop them in the middle of a jungle, forcing them to portray their roles without the comforts of a film set.
It is a satirical comedy about movies in Hollywood and takes a lot of patience to sit through…. but if you like wierd wacko stuff,go ahead…. 🙂
Small Change [Argent de poche, L’]
The movies opens to kids running down the narrow lanes in France , and with every turn, more kids join them and finally they all rush like water down the river towards the school..  The movie is all about the kids finding their ground, a Single mother looking for her Mr Right and so much more..

It is also the best film from the group of “new wave” directors of the ’60s, including Truffaut and fellow movie critic turned filmmaker, Jean Luc Goddard.
Small Change is not a single story, but a series of stories from a small town in France. It is shot in a naturalistic style, with naturalistic acting. Truffaut was famous for taking non-actors and making them actors. I guess you could call him the original actor’s director. The man had a way of coaxing a good performance out of his child actors that is truly astounding.It’s multiple stories, about multiple people, and their interaction inside this small town. The child actors are superb, as are the adults.
The Women
The movie i saw last night is about 4 best friends and how their lives change when they discover an ugly secret about one of their spouses..Upon seeing the name Meg Ryan i told my friend, i wanna watch this, am taking it with me… 🙂

This is what is called a Chick flick… all women..[kinda like a diff version of Sex and the city]. A high flying corporate executive, a mother of 4, expecting her 5th child[Debra Messing says – she will try try till she gets a baby boy], a lesbian who flaunts her model girlfriend and a wife who is more than happy to sit back and let the world go by..  A fun movie with various splashes of emotions thrown in.. a mother who tells her daughter to not do anything when she finds out about her husband’s affair, a manicurist who loves to gossip [ using whom the women turn tables around and reunite the couple] and the final scene where Debra is ready to deliver the baby and all the women are in the labour room is just wacko…awesome.. hilarious… and voila, she has a baby boy!!!!
I wouldnt say this is a must watch, but watch it if you have the time and someone lends you the Dvd!!  🙂
Phew…. gonna sign off now… i think there are a few more i dint mention.. will come back for another one!!!anybody got a drink??? 😉