What a lethal combo evening that was….
Me and S,a friend of mine decided to watch the movie, The Curious Case of Benjamin Button [Based on the short story by F. Scott Fitzgerald],  and then check out the Rajasthani Food Festival at Olives, in Deccan Plaza on Monday!! Two other friends of ours had said they will join us for dinner… Happily we said – meet you at the hotel at 8pm , but alas the evening had other plans in store!!! 🙂 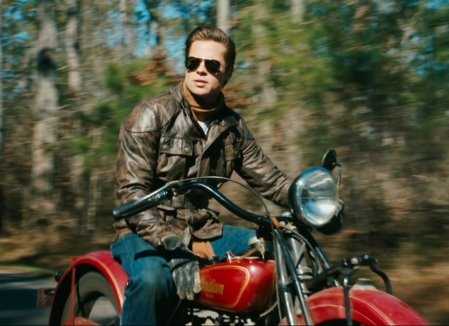 Here’s my review of The Curious Case of Benjamin Button…..We savoured every minute of it, enjoyed watching Brad pitt transform with the role and walked out of the theater smiling, reminiscing each and every scene in the movie as we made our way to Deccan Plaza, Royapettah!!! It was 9.30 and were just on our way to Dinner…!!!
Olives, the restaurant looked nice, had a Rajasthani decor, pictures on the walls, waiters dressed in traditional attire…. The dinner was Buffet style, Rs350 per head [incl taxes] and had quite a spread…. We waited a few mins before our friends joined us and started digging into the yummy food laid out for us.. Surprisingly the restaurant was near empty… I had an ex colleague, who was a Rajasthani, and since i had sampled some of the dishes earlier, i was looking forward to the dinner… 🙂
Dinner started with Tomato Dhania Shorba[ kinda like our rasam], and  crossed over salads, Dahi vada[ it was called something else, but basically was dahi vada] and  a stream of rotis, rice, biryani, and side dishes… not to forget some interested Desserts!!!
Trying out the variety of  papads… the  Gatte ki Biryani with  Tinda curry, Shahi Methi, Bhindi Sabzi,  the Bajra Roti with  Mixed veg  dish [forgot the name…], Gatte ke sabji,Ker shangiri… ohh ohh, the Daal Baati Churma [ I tried it 1st time in Jaipur, not too fond of the Churma though!!]… With every bite, we could taste the Ghee and richnesss….
After a brief break, hopped across to the Dessert counter… it had —
Mawa Kachori with a golden syrup – Yummilicous

Jilebi- guys said it was ok

Ice cream with chocolate/Strawberry sauce and nuts …  – oh yes, was nice ….
The food fest is on till 8th march… so do give it a try if you like Rajasthani foood… 😀
Burp!! Done with dinner, we headed our seperate ways… One friend went to work, another offered us a ride home [ S stayed over…] 🙂