Music: Imman
The movie opens with Nakul chasing a man down the streets and getting sentenced to fine or term in jail. Masilamani [Nakul], living in Rani Anna Nagar is not the usual romeo or run of the mill hero. He is a social activist goes after anyone who does wrong, be it a case of eve teasing on the bus, cheating an old couple in a property sale or chain snatching. One day, he catches sight of Divya [Sunaina] confronting some guys who tease her students, and in the process he falls head over heels in love with her. 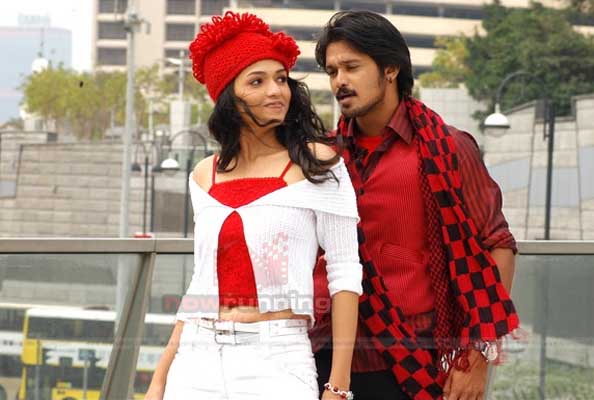 However, the hunky dory romance hits a dead end the day he causes mayhem at her dance concert, when all he wanted was to meet their area MLA requesting for assistance in clearing up a sewage problem. One look at his angry face and Divya lables him “Rowdy” . She mistakes his character and assumes he is a crook, despising him from that minute on!

Invariably from thereon, everytime their paths cross it is when he is beating someone up or chasing a thief. He even jokes to her about this. Knowing there is no way Divya will love Masi, he adorns the role of Mani, a soft spoken sophisticated guy.
With the help of his two friends, he stages the whole drama and wins over Divya’s family and subsequently her as well. This is where,Bhupathi [Pavan] comes into town taking over as the Sub Inspector of Ashok nagar police station. After a run in with Masi, he vows revenge, but is left confused whenever he tries to prove Masi and Mani are one! Infact, the residents of Rani Anna Nagar, where Masi resides come together to establish that Mani is different from Masi. The day Divya decides to test him, a simple text message has his friends jumping into action and helping him strengthen ties with Divya!! It is one amazing scene that leaves us all stumped. So, is the one at the hospital when Bhupathi brings in the Masi’s sister’s daughter, while Masi is pretending to be Mani and the way the situation is handled deserves a lot of praise.
As the movie progresses, Divya comes to know that indeed Masi and Mani are one. She must now decide who she loves and if she will marry Masilamani!
Laced with sharp dialogues, plenty of action, and romance, the movie goes on tell the tale of how Masi as Mani convinces Divya he is a good samaritan and truly loves her. The entire plot has been beautiful crafted by the director and executed very well by Nakul and rest of the Rani Anna Nagar residents!
With every scene, Nakul has proved that he can act, dance, do comedy and is good at it. Suniana looks beautiful, and there is a certain grace in her acting as well. In certain scenes, she does come acrss flat, but overall good performance. Bhaskar , Santhanam, Karnas and Srinath provide just the right amount of comedy, without going overboard!! 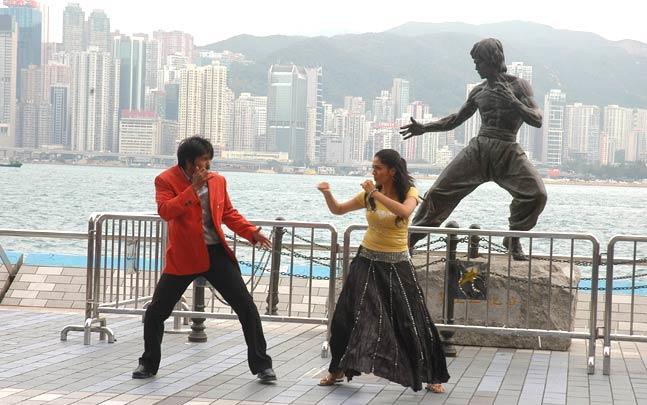 Music by Imman is enjoyable, especially ‘Odi Odi’ track, it is quite a peppy number. The other songs have variety and vigour to keep the audiences glued to the seats; however all of them are a tad too long. Song locations and cinematography was good.

All in all, Masilamani is a romantic thriller, filled with intense moments and rib tickling comedy!!