Of Temples and heritage sites….

The day started early, and Lakshmi and I were on our way!! Had kinda decided on 2routes, with a whole bunch of places to visit during the day and finally ended up doing a mix of both routes…
1st place we headed towards was Chengelpet, enroute we stopped over at Singaperumal temple.. 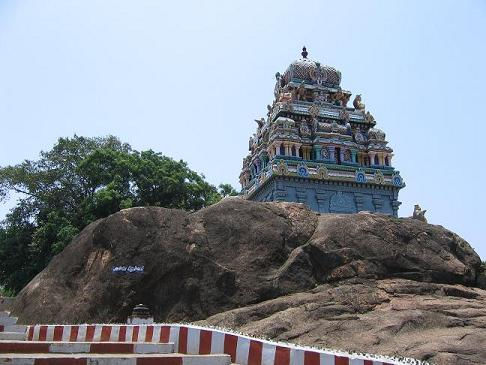 What a start to the day it was!! very peaceful, calm and not crowded…!! we went into the temple, only to be told we could get darshan in about 15mins, and as hunger was ready to strike, we grabbed a donnai[ lotus leaf cup] of Kesari [sooji] at the prashad counter… 🙂 Finished that and did a round of Girivalam [going around the temple]. this temple is built on a mountain and so the path around it is uphill and downhill, with steps built around it.. There was a tree with small cradles and bundles hanging from it, a Narasimha with his wife on his arms[ wearing a zillion yellow threads]- must be prayers from devotees.. After a few mins, got darshan, said our prayers and made our way towards Chengelpet…
We wanted to check out the lake and the fort, alas, neither happend.. None knew where the fort was[ we discovered later it had become the Taluk office] and the lake was not open to public!! A bit disappointed, but what can we do.. Drove towards Uthiramerur from there.. we stopped over at the Sundaravaradaraja Perumal [has three tiers. There are three main sanctum sanctorum, one on top of the other..with narrow stairs leading up ] 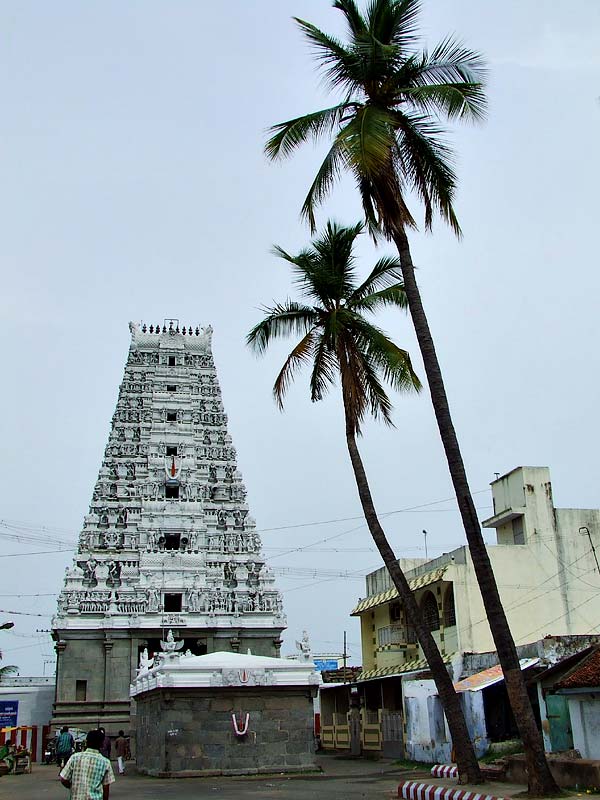 By then the sun was beginning to blaze and we headed out to take a peep at the Kailashnath temple which was being renovated by REACH foundation.. the lady working there told us a man had come visiting in the morning, when she saw a huge snake slither past… we just peeked thru the doors, and all we saw were a bunch of Bats flittering about!! there was another temple, part of the ASI, but alas, that was shut and the ASI person in charge was Missing!! atrocious!!! hmfph!!!
Hunger bells were ringing like crazy in our tummies, but we managed to keep them down by munching on biscuits n juice as our driver drove towards Kancheepuram… Went straight to Sangeetha hotel, and gobbled down a dosa n yummy Mousumbi juice before exploring Kancheepuram.. that town has over 180 temples, i kid you not.. we saw 2 of them, and also spent time at a saree weaver’s store, the owner also showed us around his looms [ thanks to Lakshmi’s aunt who knew the man]!! 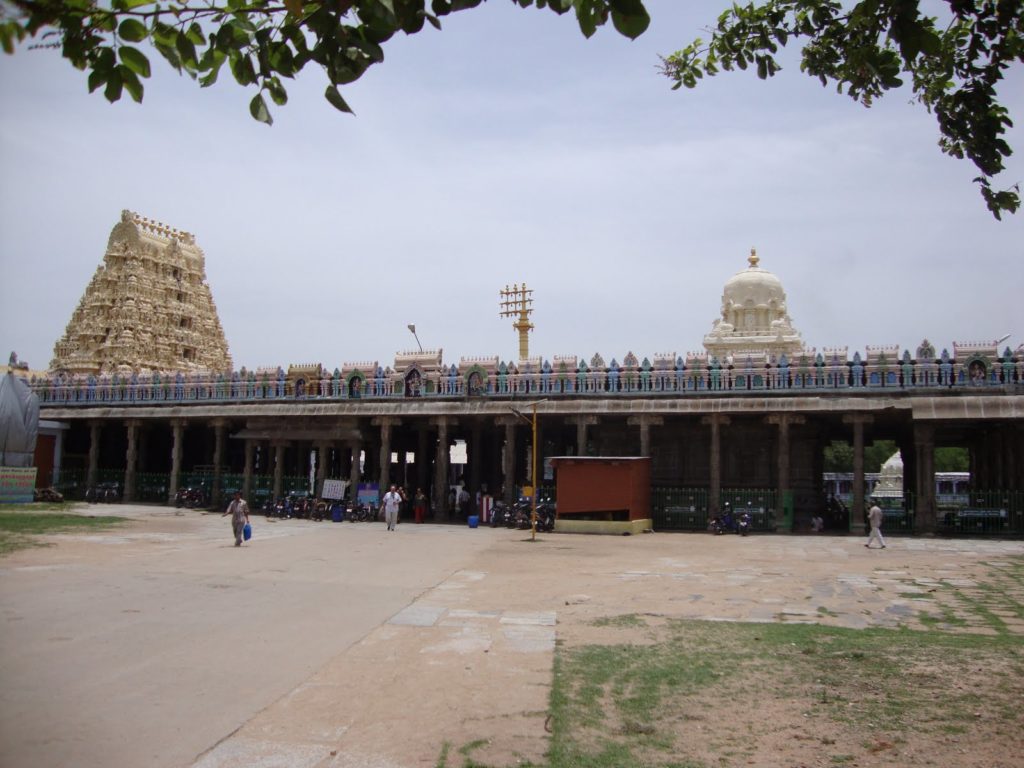 Went to Ekambaranathar Temple, huge campus..with 5 gopurams, each built by a diff ruler- Pallava king, Chola ruler, and so on… took quite a few pictures, made our way into the main sanctum where the priest gave us a brief intro about the temple… there is a Shiva linga and shiva parvathy idol inside[ one among the few temples where they are together]… 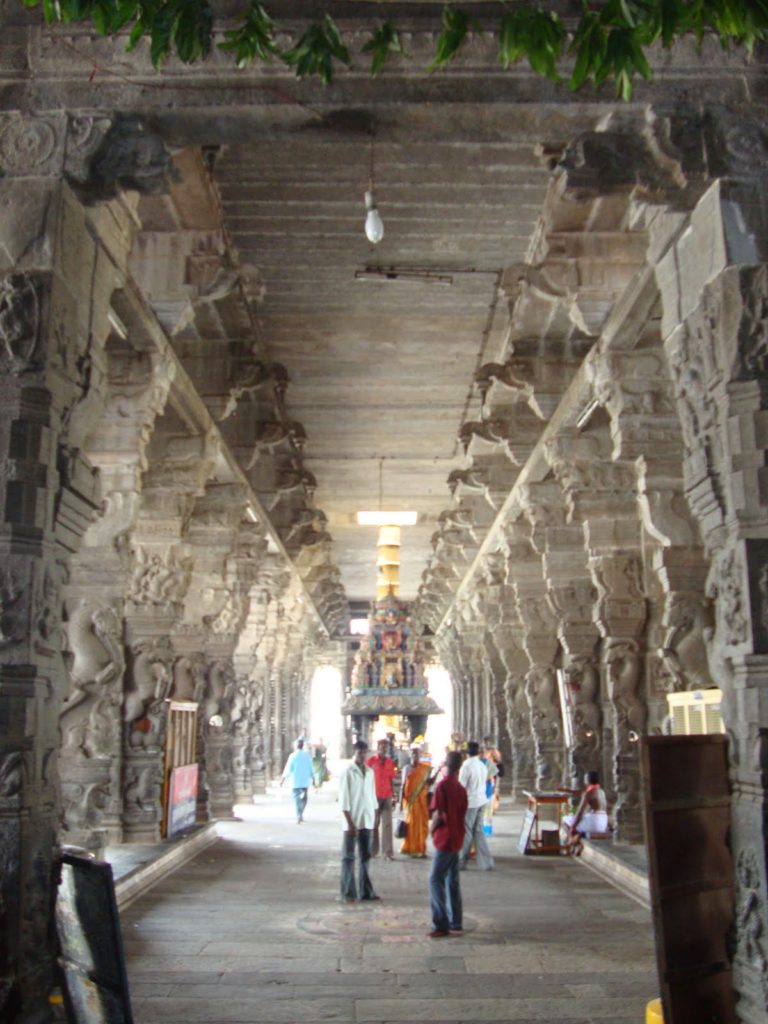 and then came around the main sanctum, did a small archana at Vishnu’s shrine.. the funny thing was all priests after the intro, would say this dialogue- We dont get salary, have been working here in generations.. so if you could take up a puja or seva, contribute whatever you can-Rs200/500/1000, would go towards the upkeep of the place”.. we fled saying we’ll come back!!! 🙂
Rushed across town to Kailashnath Temple -where we spent most amount of time.. we could have lingered there all day.. mind blowing temple…kinda like an outer ring of mini Shrines, which were meant for meditation and innermost is a temple with Shiva in it.. the priest gave us the story and showed us the path to go around the main deity.. it had 4tiny steps that led to what looked like a hole in the wall, a tiny baby would fit in.. apparently the temple is all about accepting the fact that we are born alone and we die alone… devotees used to crawl thru the tunnel and come out the other side…!! scary!!! 😀 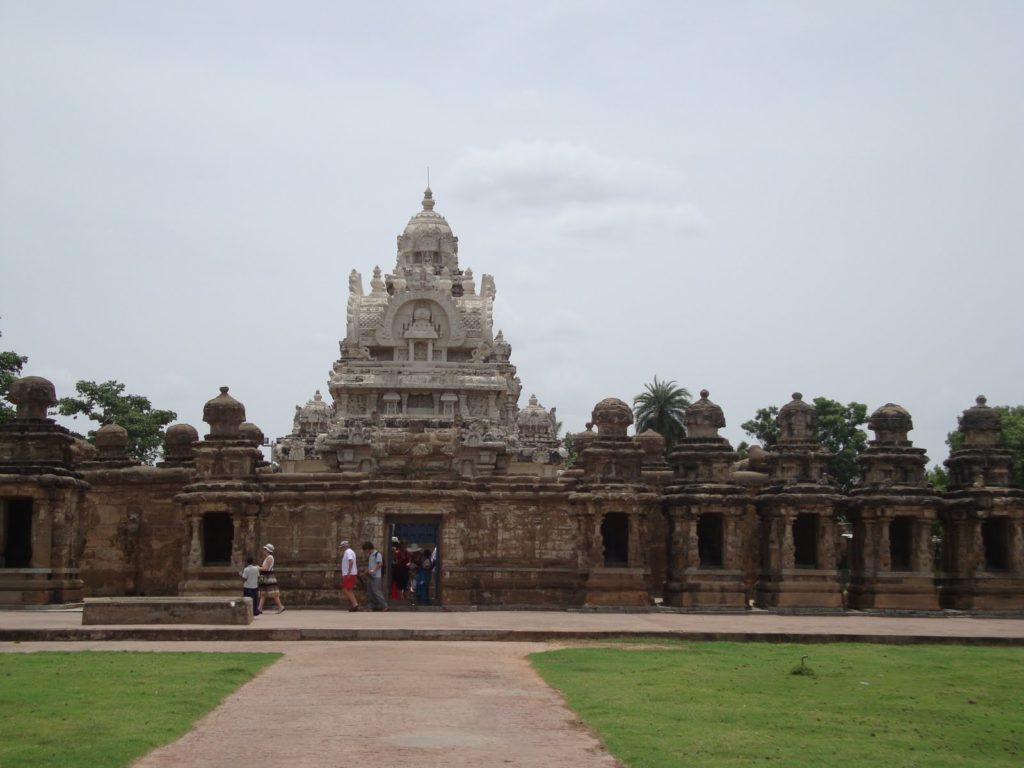 [It is oldest structure in Kanchipuram. The temple is 65 m high & shadow never falls on the ground. The temple is viewed more as an architectural wonder than as a holy place.]
The priest here too recited the same dialogue as in earlier temple!! hehe ..post this, we spent oodles of time taking pictures and savoring the beautiful architecture that surrounded the temple.. It is part of ASI and so is in decent condition… only thing is
people today dont know what material was used to build the shrines, and so are unable to restore it…. !!! 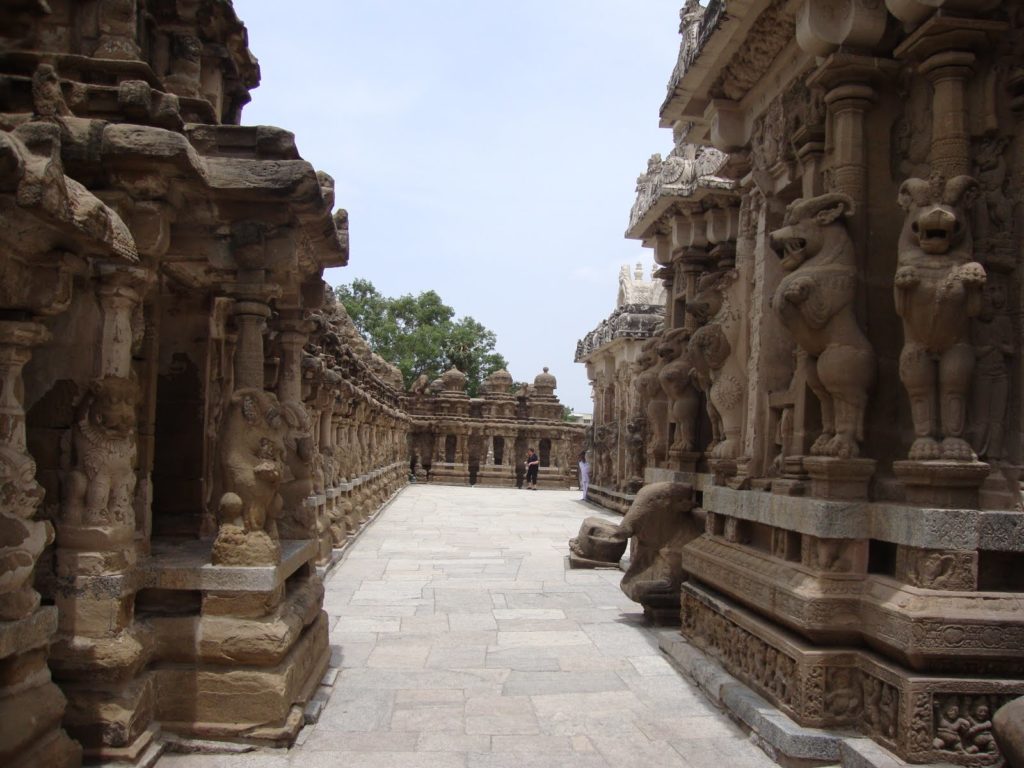 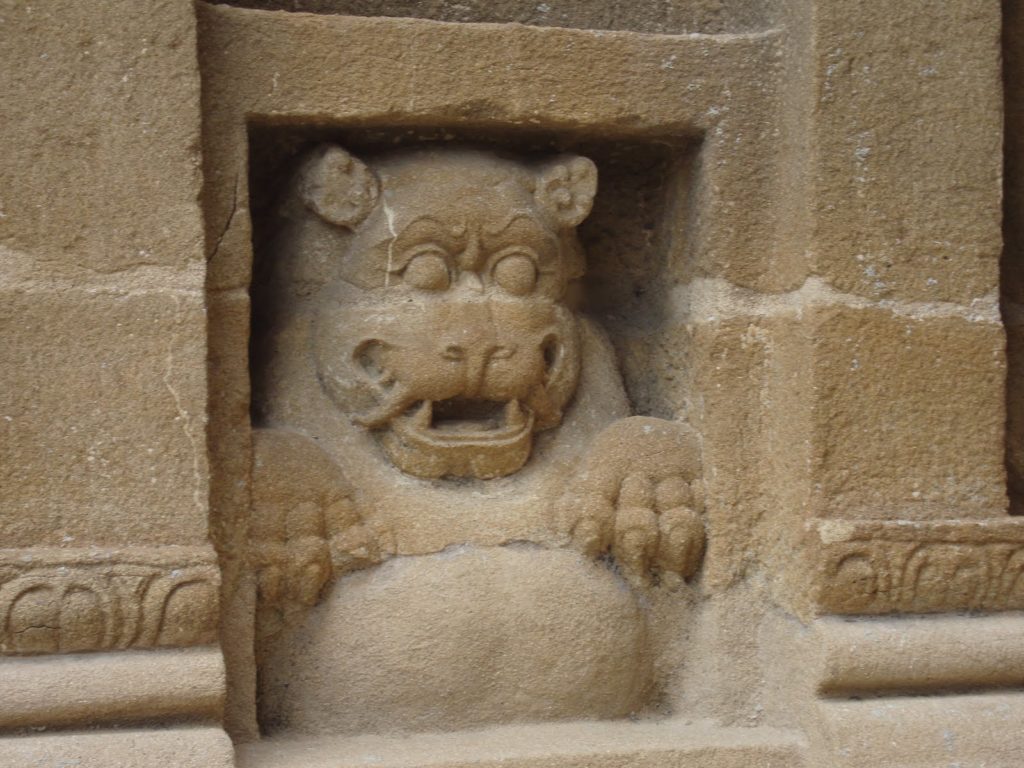 It was nearly 2pm, and sun was beating down on us… Finally bid adieu, and started the search for the weaver.. after multiple calls and round abouts, managed to find the place… 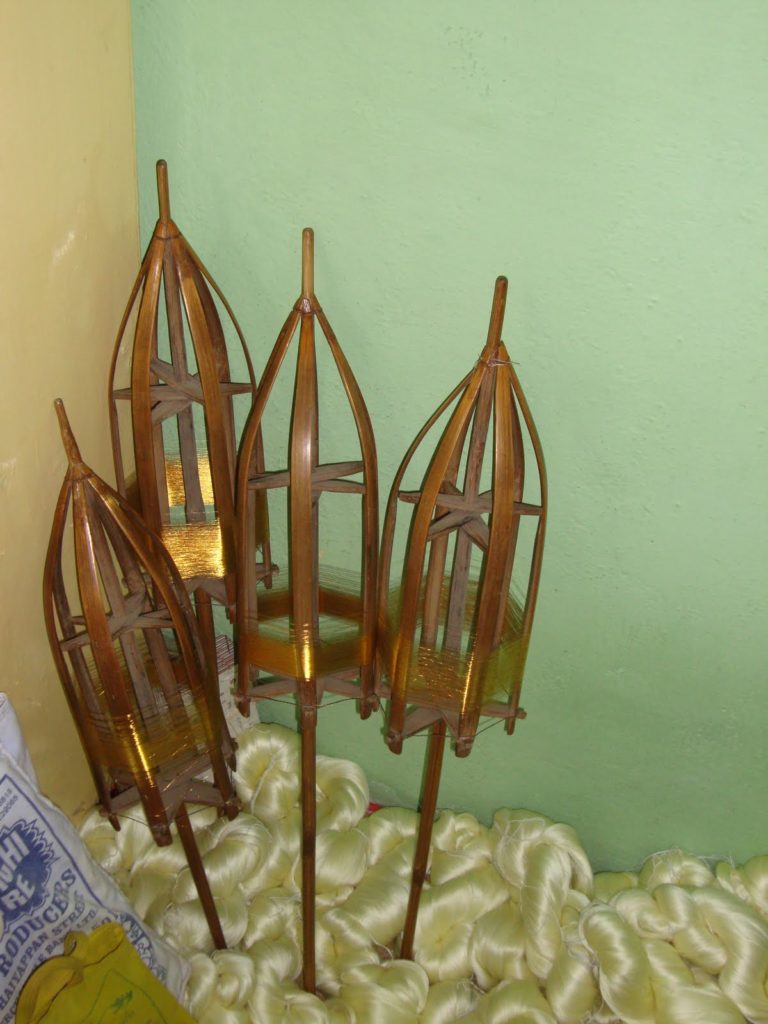 Meyammai achi silk center, Chidambaram is the man who runs it.. He showed us silk threads, dyed colourful threads, sarees and took us to his looms, where the weavers were more than eager to explain and patiently answer all our zillion odd questions!! they hadnt even had lunch, were waiting for us to come visit… !!! 🙂 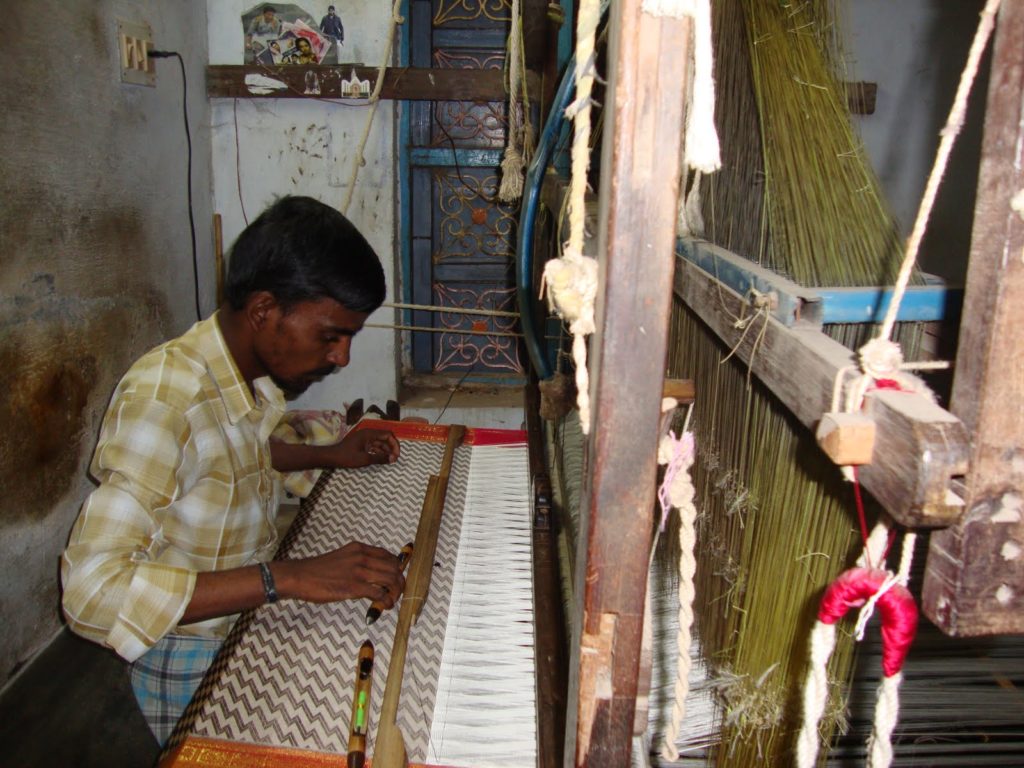 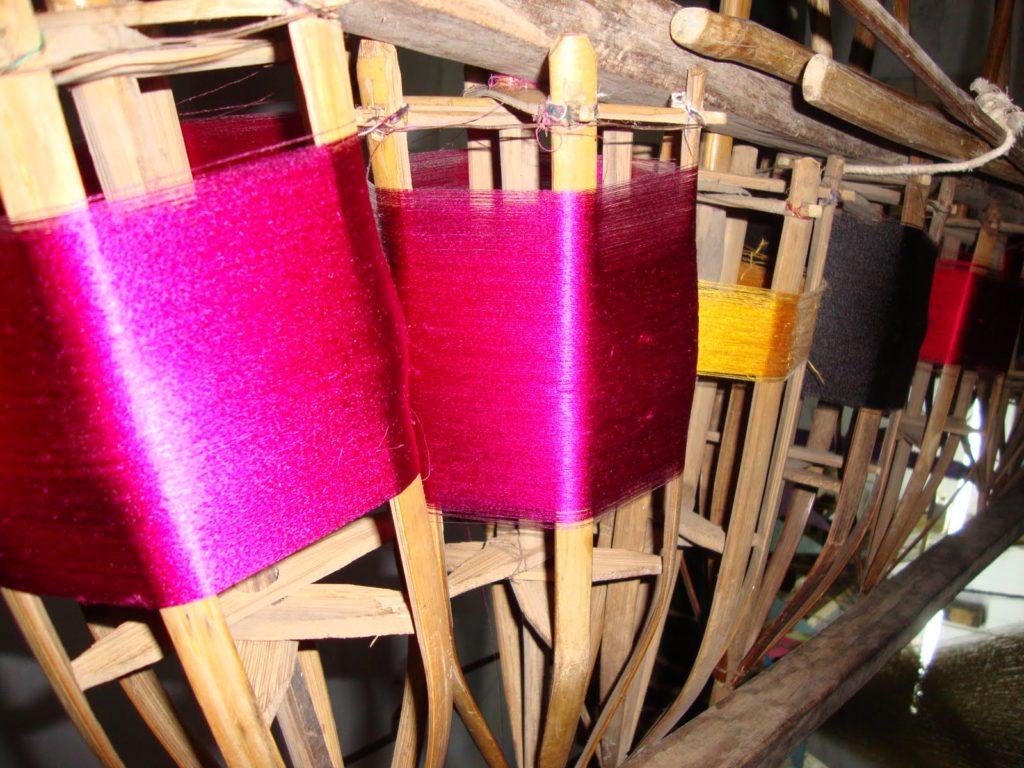 Gave in to the heat, and decided to go have a bite to eat at Saravana Bhavan- had curd rice!! and hit ECR road… enroute, we stopped at Sadras Fort [Sadurangapatinam] , but alas, luck was still not in our favor.. the place was locked up and ASI man missing… 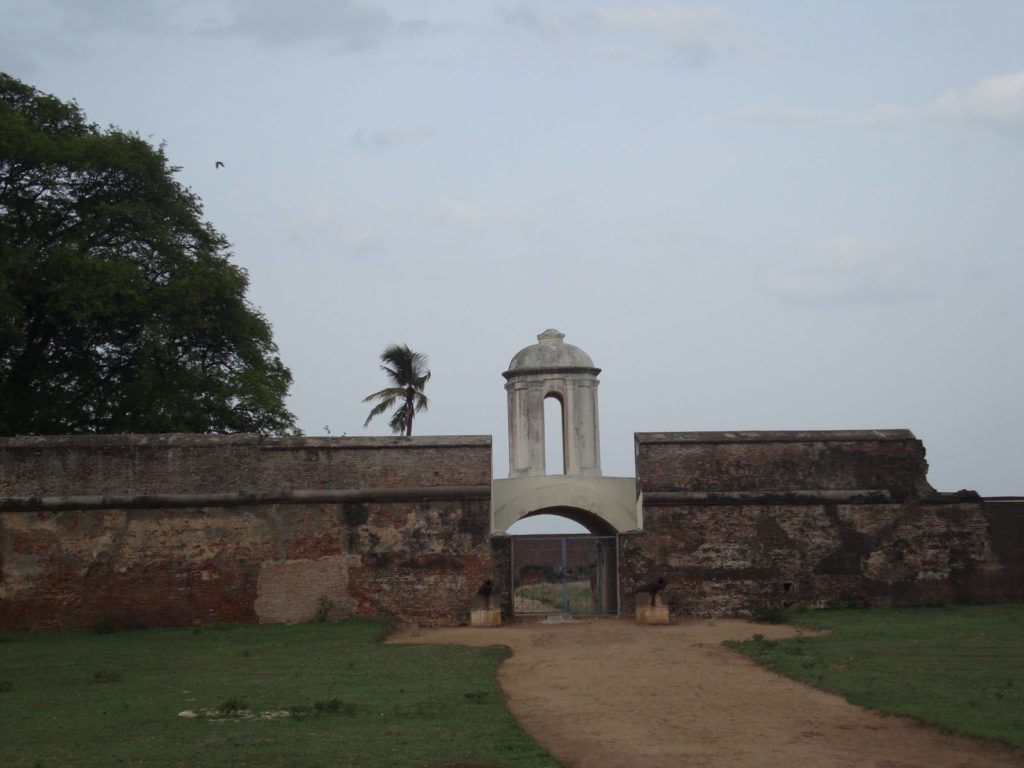 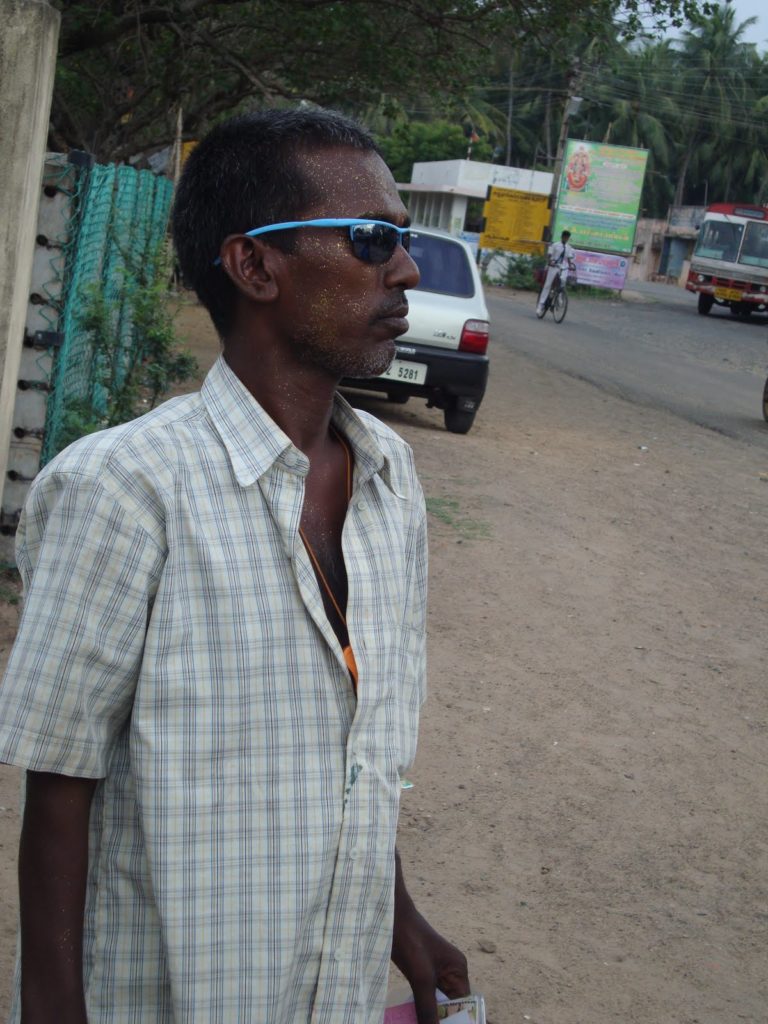 we took some pictures when we saw a funny looking man come running towards us.. he came over and said he was “Anand, the gatekeeper, and that he was a Furniture doctor”.. Had golden glitter on his face, was wearing blue shades, pink nail polish and a orange whistle around his neck.. we had a bit of doubt about him, but just played along trying to get rid of him… When Lakshmi asked him about the glitter, he replied- “Oh,today my daughter’s bday madam, i am coming from the party” and he even posed for a pic!! i clicked while she was taking her shot !! 😀

He said he will take us inside thru the back door[which we had passed by and knew there was no way into the fort there…:)].. this was when a policeman walking past told us “Madam, he is mental”.. Our man heard this and was like ” tamilians are the reason other tamilians dont prosper, you come madam, i take you”… we beat a hasty retreat, not before he suddenly said “give me Rs10, if i had taken you inside, it would be Rs30” …we hopped into the car and asked the driver to speed away… had a good laugh!!! 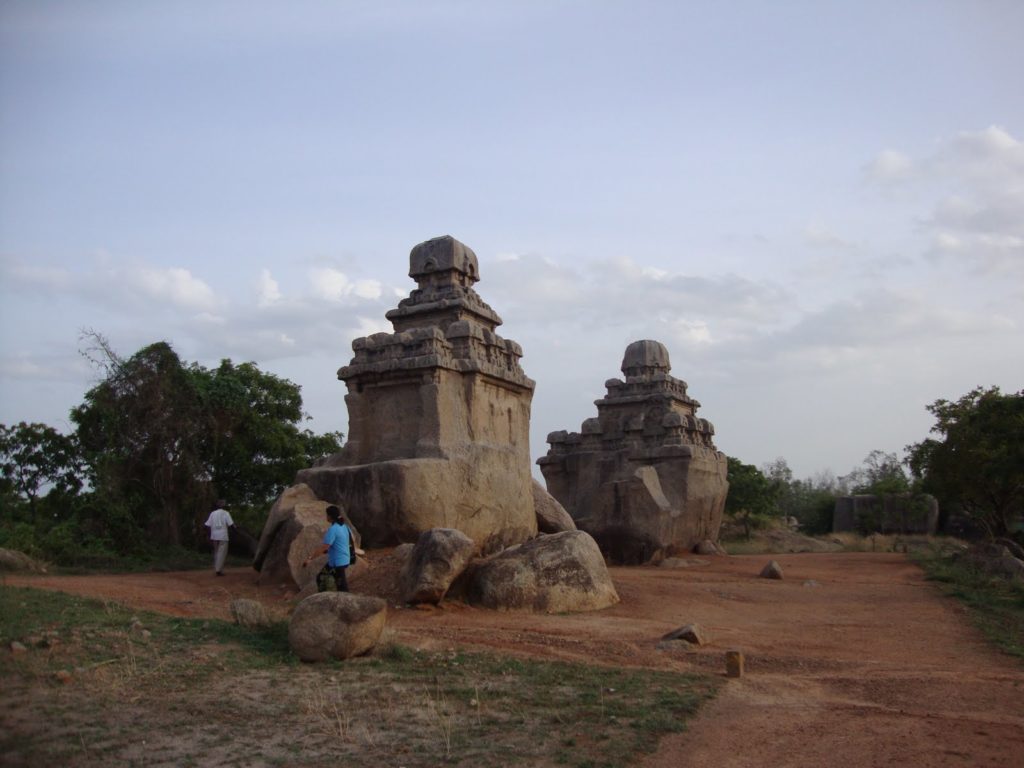 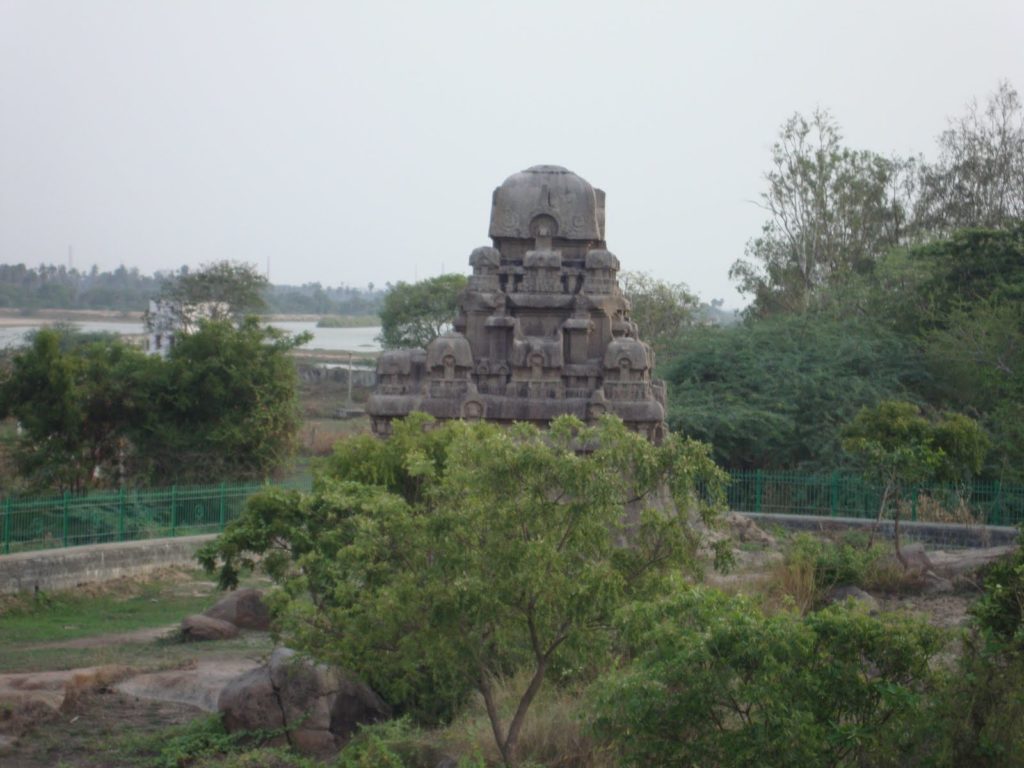 we could see the lighthouse at Mahabs.. 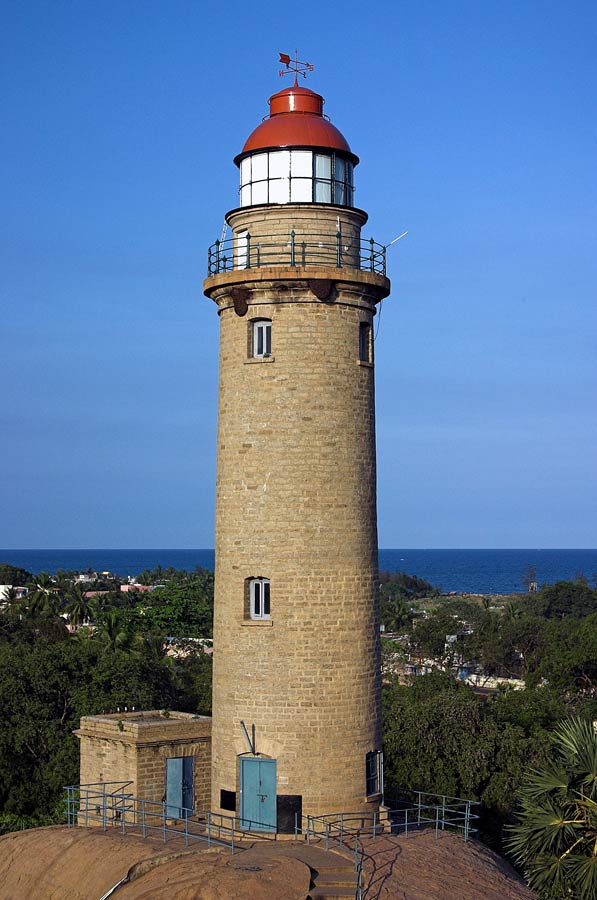 Spent some time soaking the evening sunset in and taking pictures of the place before getting on the road to ECR and back home!!
What a day it was!!! were dead tired, but well worth it.. next time, we shall check out more sights around here!! our curiousity has been piqued 🙂