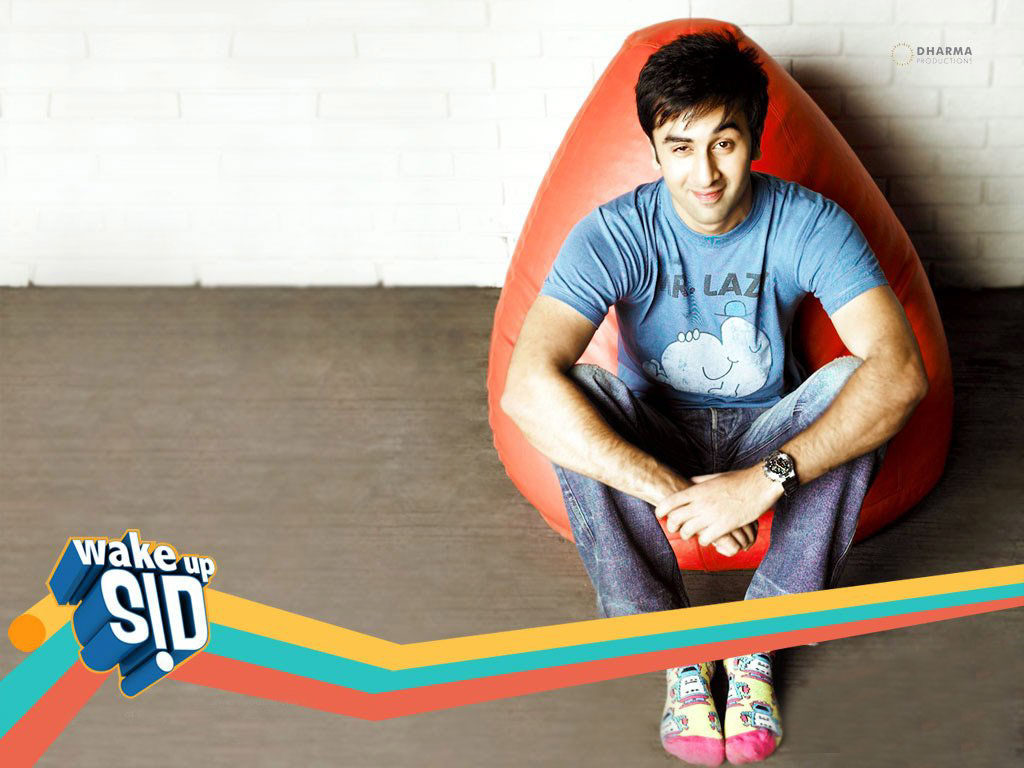 Cast: Ranbir Kapoor, Konkona Sen Sharma, Anupam Kher, Supriya Pathak, Rahul KhannaDirector: Ayan Mukerji
Music: Shankar Ehsaan & LoyRating: ****1/2Verdict: Good light fun movie!!“Wake Up Sid” was one delightful movie. The movie has a constant smooth flow throughout; no over the top or understated drama scenes; no ultra emotional strangulation of the audiences; absolutely no hippie-yuppie cool dude acting by Ranbir; and last but not the least, a very realistic, and refreshing story.   A movie that reminds you of those fun college days,  where there is one guy who is the rich brat, not worried about anything in life, always surrounded by money and fancy stuff. Wake up Sid is the story of how Sid transforms from a spoilt rich brat to a responsible young man.. and the journey is so real and so so much fun, the audience is with him through the way!!! While the film actually becomes really engrossing in the second half, the first half facilitates an adequate groundwork for the story to progress. As you watch Sid mature, and by the time he returns to his dad (Anupam Kher in a short but effective role), you realise that the destination was eventually met even as the journey wasn’t quite ‘on your face’ or ‘over the top’. Meanwhile Konkona gets yet another complex role for herself. She is absolutely brilliant. Watch out for her in the interview scene with Rahul Khanna and the emotional outburst when Ranbir decides to go back to his parents’ house. Her irritation is so utterly believable and so are the tender ways in which she looks after him, and the slow process of falling in love with the guy she thought was her total opposite…. 🙂
The beauty of ‘Wake Up Sid’ lies in the honesty with which all the characters have been portrayed, bringing them so close to the real life. Be it the problem of English-speaking Sid not being on the same wavelength as his Punjabi-speaking Mom or the Sid who is simply wonderful with his friends, we identify with him completely. The simple dialogues of the movie make it all the more easy to relate with.The good part about the ‘transformation’ that Sid undergoes in the movie is that it comes over a period of time, not overnight or within the space of a song. Yes, the character of Sid has various similarities to Hrithik in Lakshya, Aamir / Saif in Dil Chahta Hai but this movie will leave an imprint in your heart, and you will walk out of the theater humming Wake up Sid!! Fav songssssss that i’ve been tripping on multiple times during the day… — Kya Karoon?’, ‘Iktara’, ‘Wake Up Sid’