As i hopped on the train from Madgaon,Goa to Chennai [err, the Travelogue will follow, patience!! ], a french couple[FM -french man & FW-French woman-duh!!] also got into our compartment along with couple of others.. A family, assuming Kannadigas[cos they spoke Kannada..Bah] moved to sit in the next booth as their child wanted a window seat… Another man[IM- Indian Man-Pah!!] , was sitting across from me and we exchanged a few words on this train… The train had people travelling to Pune and to Chennai [ a couple who were waiting with me on the platform were convinced i was waiting for the wrong train… showed em dint we… :)]..
We realised the train halts at Londa where the trains are seperated and all that.. While talking, i realised he was from Goa, travelling to a part of Karnataka on work… [all this conversation happened in English.. you’ll want to know for later part of the post…] 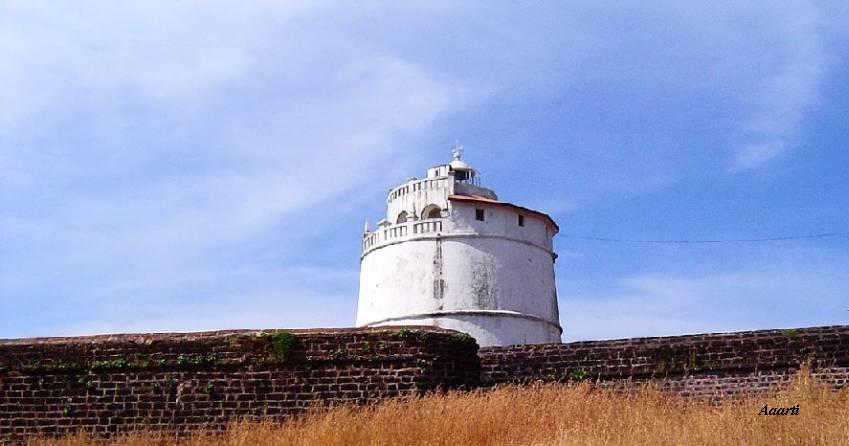 The light house at Fort Aguada
Few hours into the journey, the FW looked at me and IM[ refer above , it is not instant messaging, follow the post alright!!!] – Can i ask you both a question?
I: Sure thing..
FW: Observed that when you and IM were talking, you spoke in English [with a crazy puzzled look on her face]
I: Right…
FW: How come? Why dint you speak to him in Hindi?
I: Simply cos English is a common language [duh, like does it take a rocket scientist to figure that out!!]
FW: But Why not in Hindi? [aka, Cmon, dont mess around with me, am confused, put me out of my misery wont you look]
I : Well, i dont know where he is from, and so English is the obvious choice of language, and he knew it, so we spoke in that…
FW: Why not Hindi? [am trying to understand,but beats me!]
I : Its not necessary for all to know Hindi, infact English is much more common than hindi here…
FW: [oh, no what are you saying look].. But
But
But Lonely planet says Hindi is the ONLY language spoken in India... and you are saying English is…. strange!!
I :[Patiently].. you see, in India we have quite a few languages, and only recently was Hindi made the National language.. but its not necessary all should know hindi, ergo, English is used..
Every nook and corner you will find a different language or a different dialect of the local state’s language..
FW: Oh, so you are saying Hindi is not spoken across the country by all?
I : right… we each speak the language of our state, and sometimes people are familiar with other languages as well.. and since hindi is widespread, we learn that … there are people who dont know any language but their regional language… 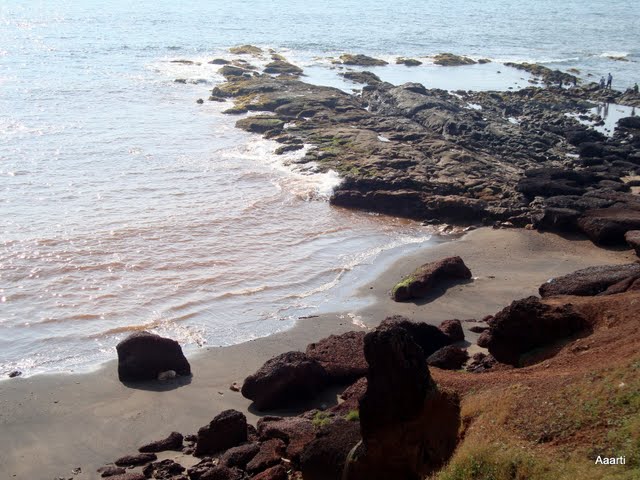 Anjuna beach….
FW: Arent you all taught Hindi in schools/colleges?
I: Nope.. hindi is a language.. just like english is, and it is upto us to choose the language..
FW: Oh, alright.. That is interesting.. no wonder each one speaks a different language.. In Goa, we dint hear much of hindi as our cabbie spoke fluent English..
I: See..once again English comes to the rescue… 🙂
FW: that is true, if he dint know that, we were screwed!!
[Smiled and went back to playing the strange game of cards they were playing!!]