Woke up excited knowing i was gonna be out the door by 8.30am… and it was Sunday~!! We[me , friend, n her son] went to watch A Christmas Carol in 3D at Satyam…What fun it was!! 🙂

Around 12, another friend, S messaged asking if we can meet for lunch… said ok,and as went to and fro deciding on where, she suggested M.A.S.H in Besant nagar beach [near Cozee and pupil]… Awesome place… beautiful view of the beach [which was pretty much deserted, err, it was 1pm] and amazing foood…. dont know where time went… we were catching up, talking about future, relishing their pasta and then came the sinful dessert – pancakes soaked in chocolate sauce accompanied with a small serving of honey and melted peanut butter… sinful~!!!! 😀 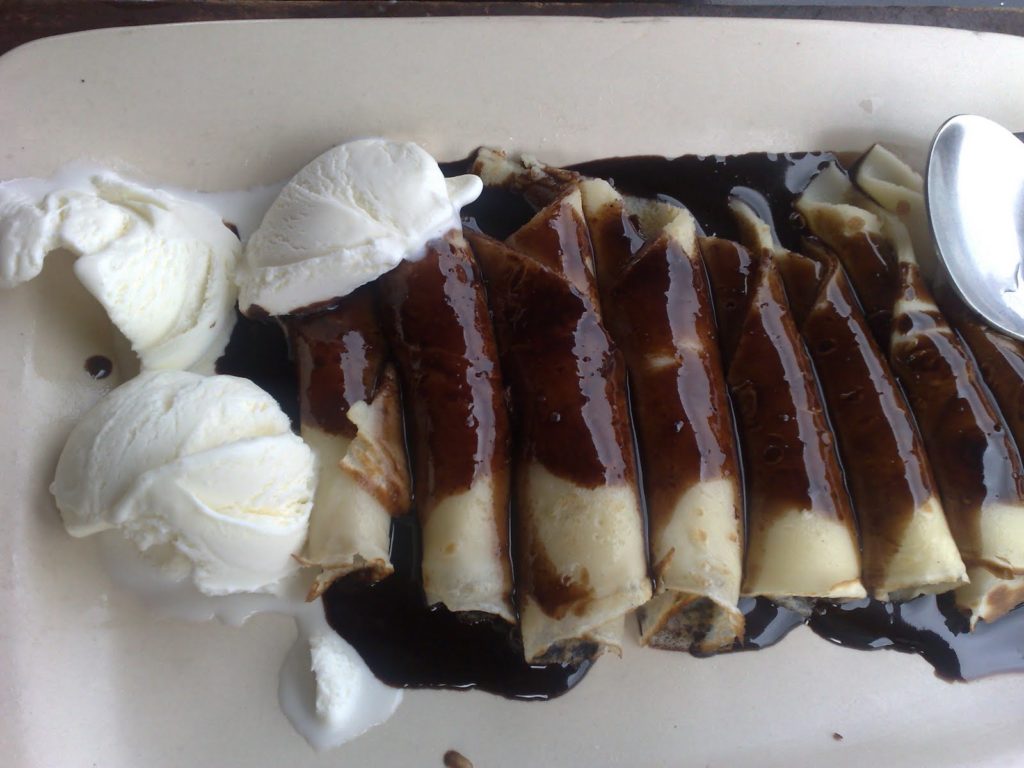 It was almost like God had decided to give me a complete Awesome fun filled Interesting day~!! The auto ride back home was beyond amazing… no, the driver wasnt cute, and neither did he not ask for the sun and the moon… just that he was a Writer, poet, did a show on Suryan Fm , wrote for a political uncovering the corruption kinda magazine and had great aspirations… Kept me laughing in splits with his jokes, sometimes tearing my head apart with his Pj’s, amazed at his poems, and haikus and fascinated with this thoughts on politicians… !!! [anyways, decided to dedicate a post to him….]
Finally reached home around 4 and was home alone for the rest of the evening.. As the day wore on, i felt like cooking something new and something interesting for dinner..   Dint know what, raided the fridge to find there were barely any veggies at home, leave alone anything interesting…. After a bit of fight – with myself [remember i said i was home alone :D], got online and was looking through Aparna’s food blog … i knew i wanted to try a Rice variety, so started the hunt~~~  Came upon this intersting Aloo bath when i saw madam was online, we then brainstormed on various combos, things could be added or alternative methods of making the rice…. finally, i knew kinda what i wanted to make, so got off to get going… 🙂


Here is what i created and it was yummmy…. [btw, when grandparents walked in home couple of hours later, gramma commented that the aroma welcomed them even before they entered home…. 🙂 ]


1. Wash the rice, and put to cook in the rice cooker with 3glasses of water [ measurements based on the kind of rice you are using].. To this add the cloves, cardamom, cinnamon and a bit of salt


2. Take a pan – add oil/butter, let the cumin seeds splutter, now put in the green chillies… To this, add the onions and sautéing  them till they turn a lovely brown. Now, put in the potatoes and let them cook for a few mins… Add a pinch of salt, the garam masala powder, coriander powder, and just before tossing it into the rice cooker, the methi leaves….


3. Let it all cook in the rice cooker… after a few mins, you can add the milk [if you like, it gives it a nice rich taste] … Should take about 20mins to cook…. 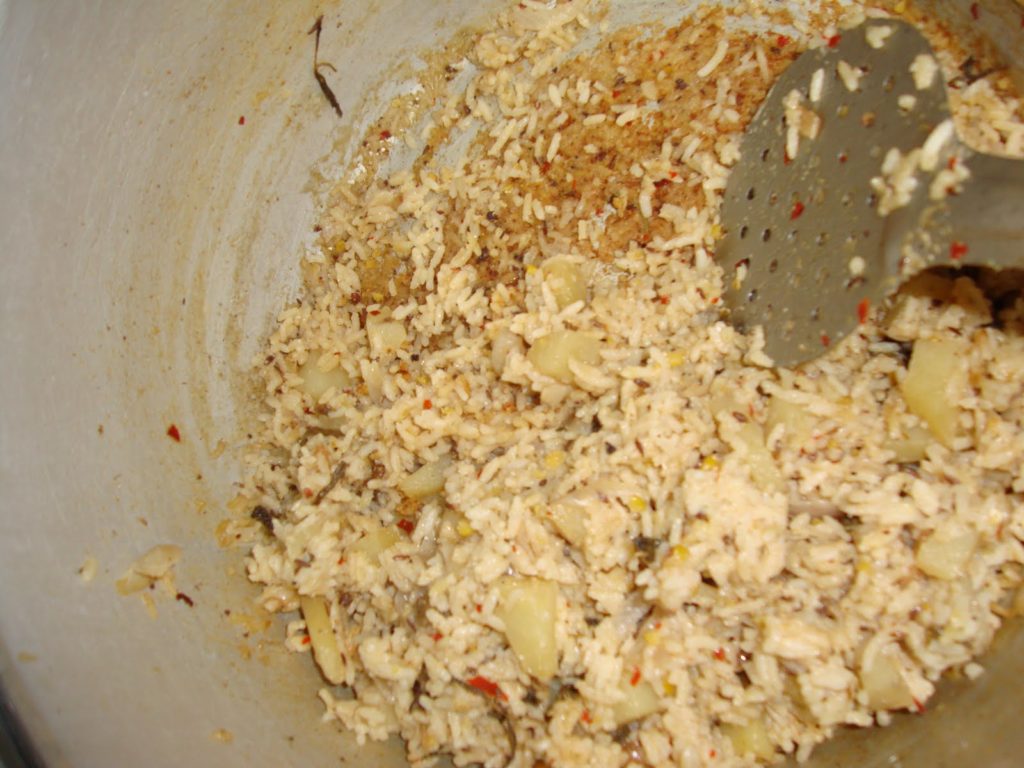