If anyone were to ask me “don’t you wish you were living elsewhere and not in this drab city?” I just might give them a thwack and send them packing!! I love Chennai!! Yes, there were times when I wished I was elsewhere, but that was only cos I hadn’t travelled much, but now that I am sprouting wings and exploring new places, am extremely happy living here… Ok, I got to be honest, Chennai is more than home… it has become a city of action[not, not ref to Political chaos or stunts in Kollywood movies…]… There is something or the other happening through the year… 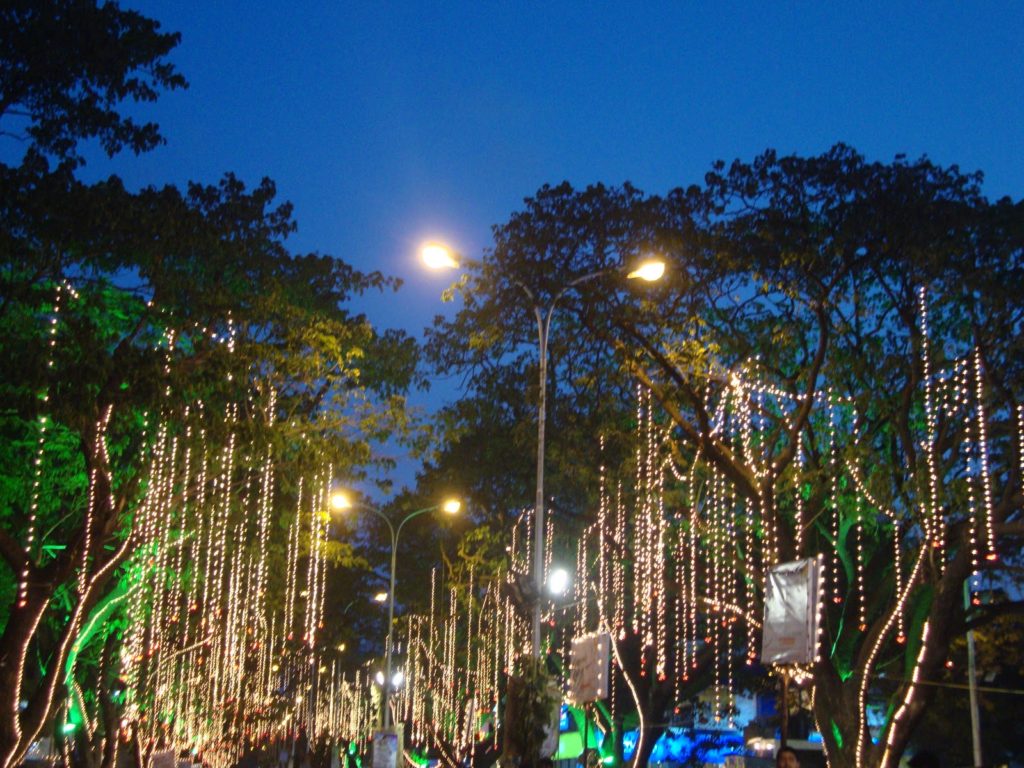 How can I not mention the infamous December Music season, followed by the Dance festival? Not to forget the various other cultural activities held across the year- starting with the Chennai Sangamam in Jan[spread over a week] , to Shakti Concert & Earthsync in Feb, to the Metro plus Theatre Fest and Music fest, the various International film fests, active theatre performances, International music concerts and so much more….. All these events are not a one off thing; they are sprinkled through the year, every year!! How do I know? Well, I try to keep myself updated on what is happening and attend as many as possible…. Ok, won’t go on and on… Shall do another post on “Fun in Chennai” The most recent experience has to be the Chennai Sangamam’s Bon Jour India’s Les Giraffe [ in asssociation with Alliance Francaise]… Jan 15th evening, 6.30pm, Venkatnarayana Road was all we knew, and we were there at 6pm, waiting for the mysterious Giraffes to make an appearance…. 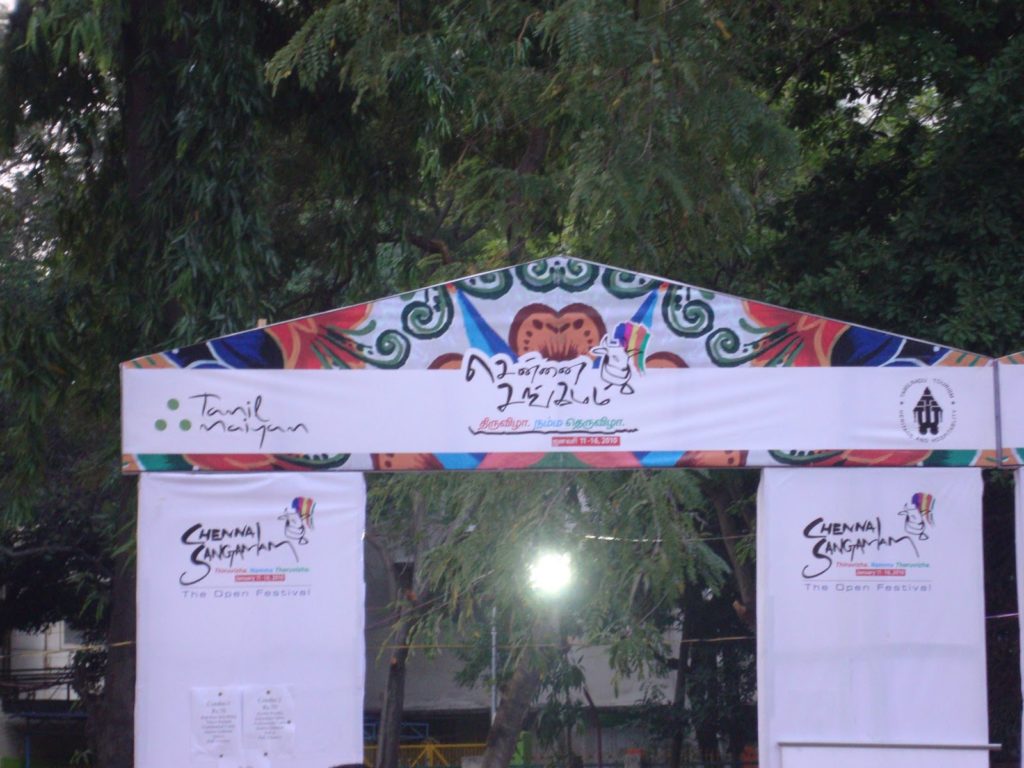 After the initial quenching of curiosity, clicking random shots around the Sangamam, venue of Natesan Park, we plonked ourselves right near the median, armed with our cameras and necks stretched out looking for the act to make an appearance!! There they came… Woww!! Tall, majestic, towering high… Red giraffes, with pretty light rings on their necks, glided across the road… wait, they were headed towards Burkit Road, and not us… Darn it!! Do we go ahead or stand ground? No, we stay put, we decided!!! 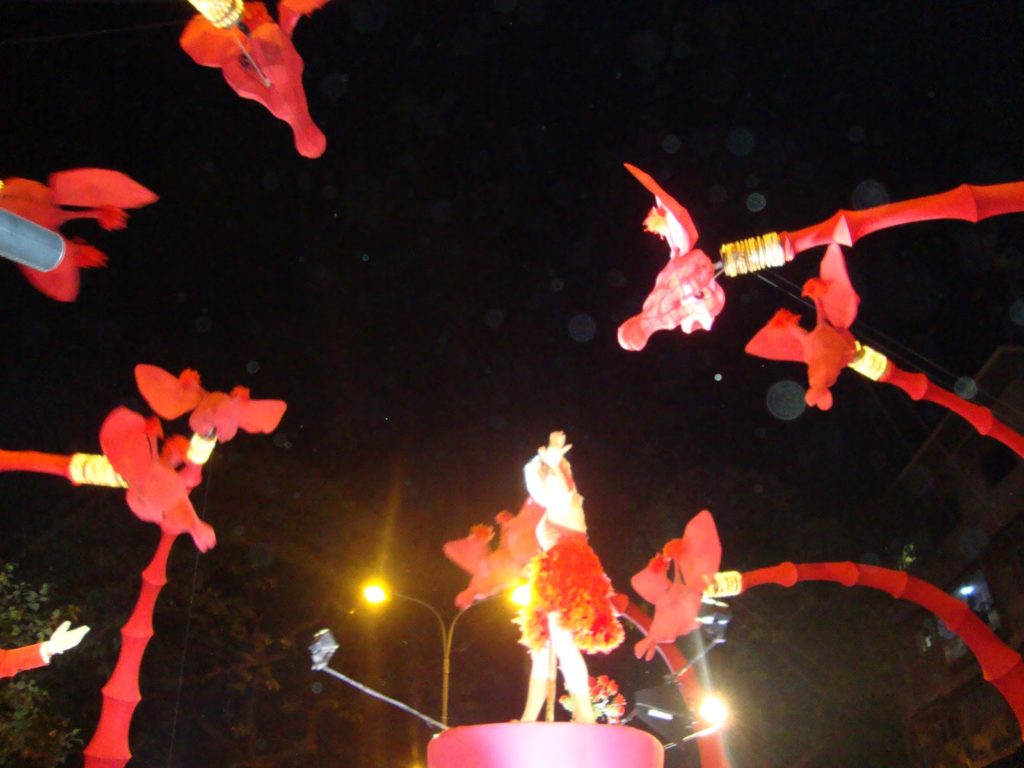 They paused at the junction, did a bit of an act- Saw some fire rings, a man on stilts or was he on a platform? Weren’t sure!! Anyways, it was exciting… In a few mins, the giraffe were looming large, over our heads, and stood within a few meters waiting to start their performance… It was beautiful… Nothing over the top, but the sheer size, idea, design, concept and synchronisation, and the woman standing on a podium belting out Opera numbers, the Clown/flirt/ groom on drums, flitting about took our breath away!! About 10 French men, the singer, and few others helping in the ground had the act running smooth as ice rink…. 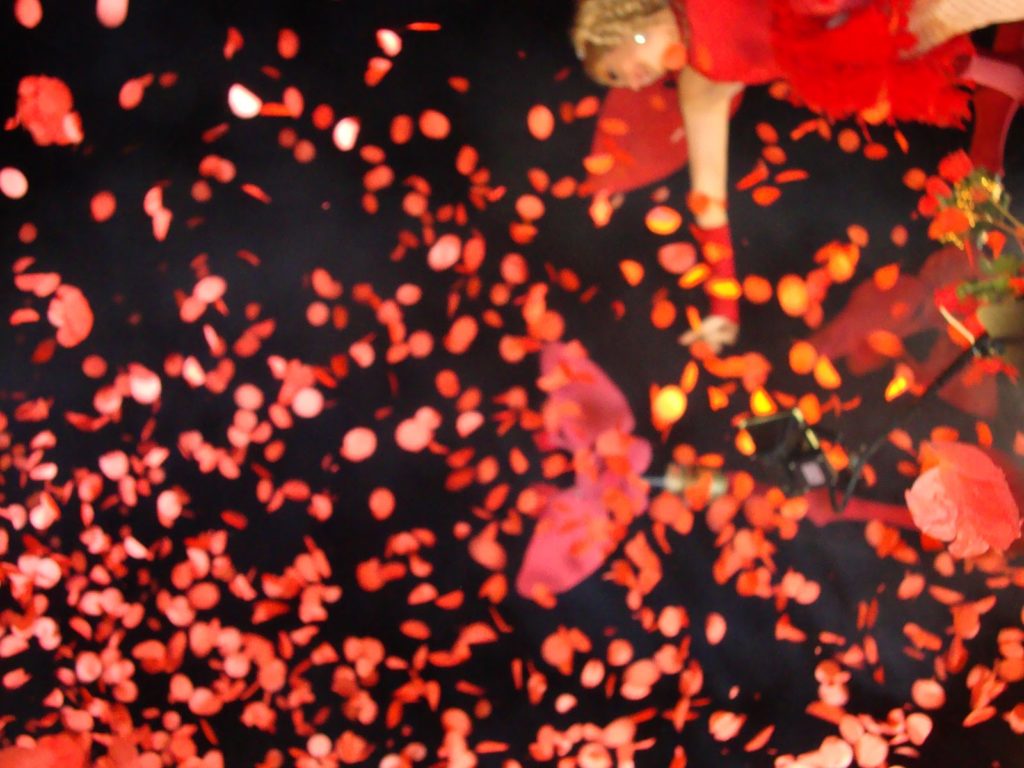 Even after the act was over, and the Giraffes had moved on to the next stop, we followed them, talking to some others in the crowd, sharing thoughts, while our cameras were rolling through the evening… What fun it was!!! Chennai Sangamam is one awesome way of not only showcasing Chennai/Tamil Nadu’s rich culture, art, folk, food but also a way of bringing in people from other towns, promoting tourism and educating the locals about how beautiful the state is…. Hats off to Kanimozhi for this effort!!