We chant this prayer , receive blessings and then begin any new task- it could be going to school, starting work, a new home, birthday, and just about everything else in life!! The elephant God or Ganesha is the most preferred God by many, including yours truly! 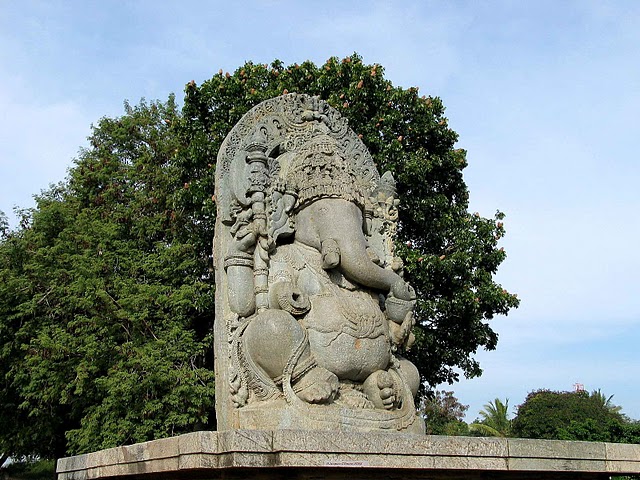 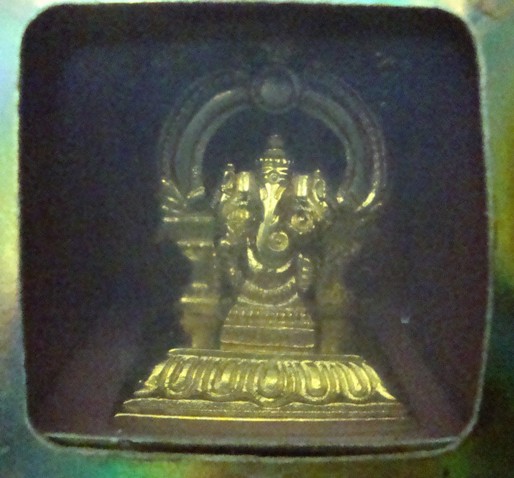 Meaning: He who has the face of an elephant, one who is worshipped by the Bhooda ganam, He who eats the  essence of kabitha and Jumbu fruits, He who is the son of Uma Devi and He who alliuiates the ill fellings in us. O! Lord Vigneshwara who is an embodiment of all the above, we offer our Namaskarams at your Divine feet. 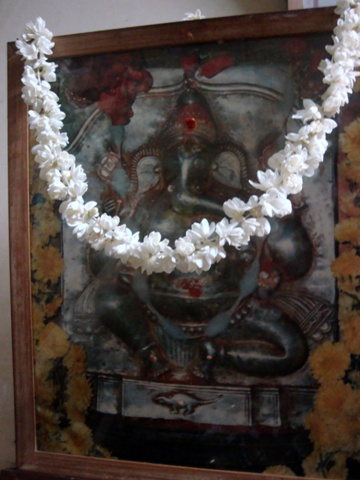 “The whole cosmos is known to be the belly of Ganesha. Parvati is the primordial energy. The seven realms above, seven realms below and seven oceans, are inside the cosmic belly of Ganesha, held together by the cosmic energy (kundalini ) symbolized as a huge snake which Ganesha ties around Him. The mouse is nothing but our ego. Ganesha, using the mouse as a vehicle, exemplifies the need to control our ego. One who has controlled the ego has Ganesha consciousness or God-consciousness.” 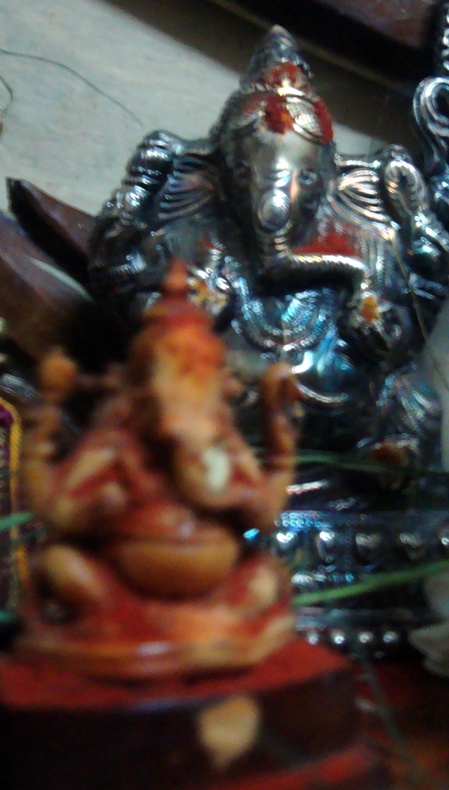 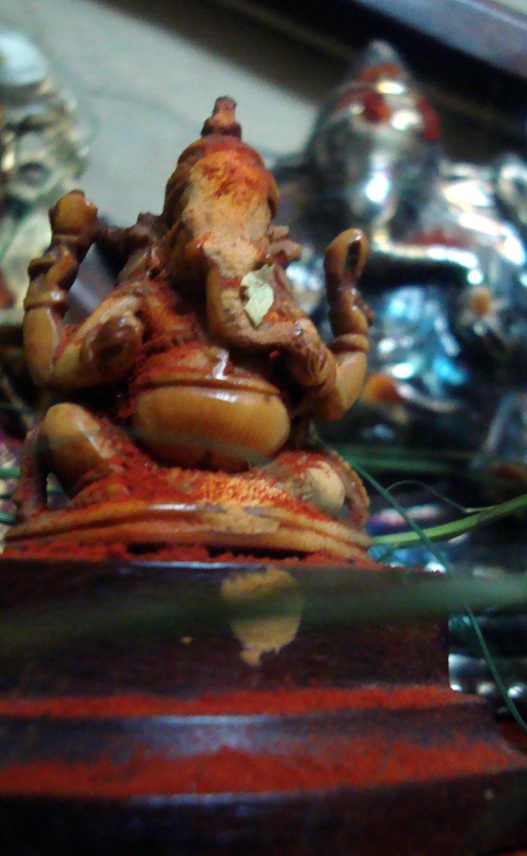 We chant this prayer , receive blessings and then begin any new task- it could be going to school, starting work, a new home, birthday, and just about everything else in life!! The elephant God or Ganesha is the most preferred God by many, including yours truly! He is my friend, foe and family… There are times when i am ranting raving, and other times when am cursing him for something that happened.. And ofcourse there is the joy of sharing good news with him as well!! Did i mention i also collect Ganesha? yep!!

“Ganesha is also known as first worshipped God of Hindu. He is the god of wisdom and success. For the fulfillment of desires, the Ganesha’s blessing is very essential. There are numerous stories in Hindu legends are connected with Ganesha, the birth of this elephant-headed god whose vehicle is the Mooshak (rat) and who loves Modaks. 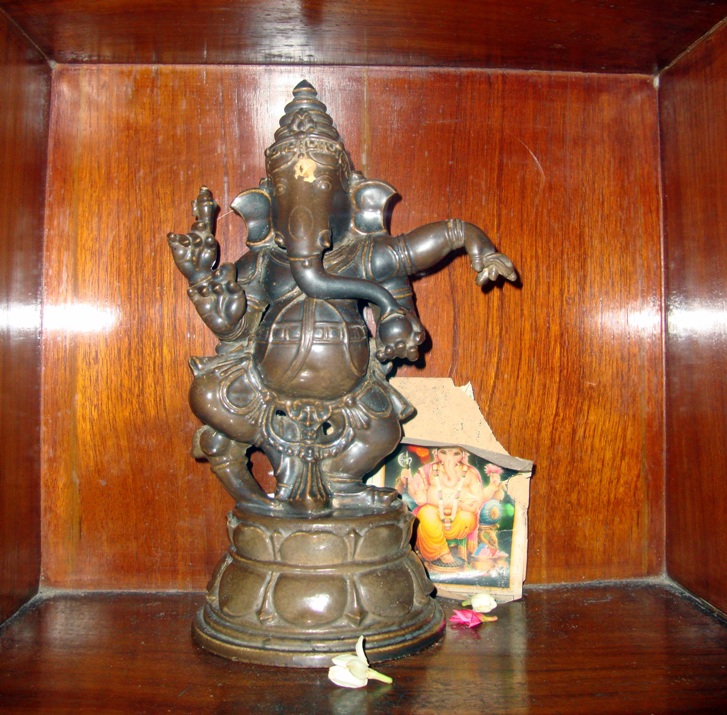 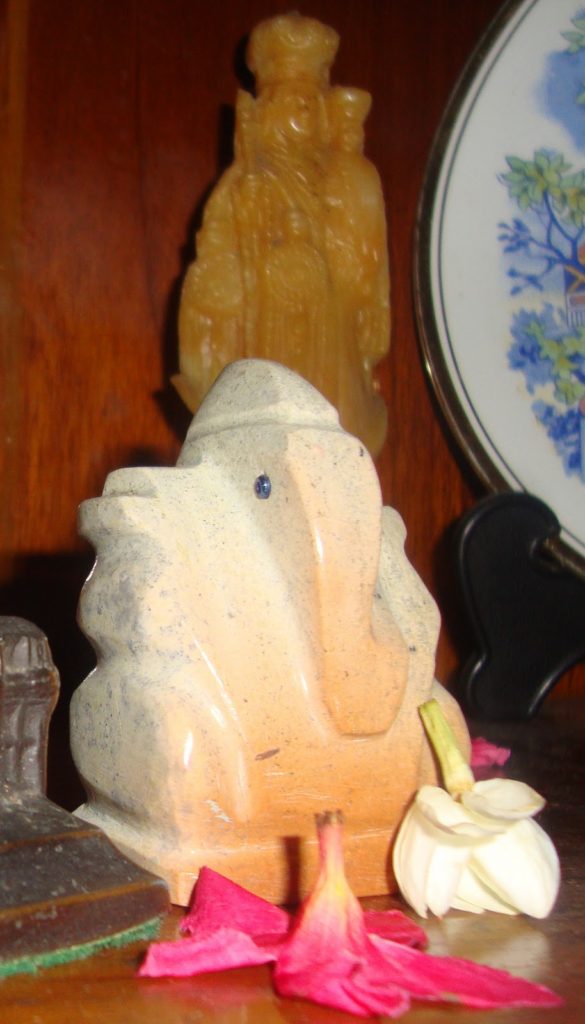 According to one legend, Parvati formed Ganesha from the sandalwood dough which she used for her breathed life into him. When she went to have her bath, he stood as guard at the door. When her husband, Shiva arrived the child who had never seen him stopped him. That time Shiva became angry and severed the head of the child and went in his house. When Parvati knew that her son was dead, distraught, then she asked Shiva to revive him. So, Shiva cut off the head of an elephant and set it on the body of Ganesha.” 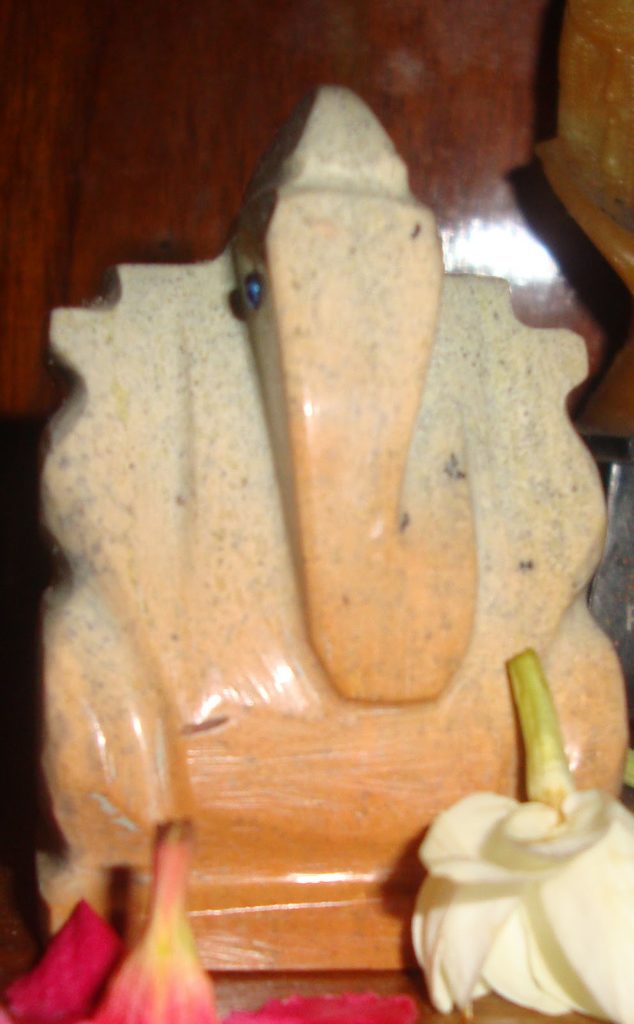 Every year, we bring home a Ganesha idol made of Clay, perform a small pooja, buy lot of fruits, prepare sweet offerings and celebrate the Birthday of Ganesha or Ganesh Chathurthi as it is called! But this year, we dint celebrate at home, atleast at grandparents place and uncle’s place[granpa’s bro had passed away recently]..Gramma did do a small pooja and we prayed to the various Ganesha’s around our home!!  But mom did, and she brought us yummy Kozhukattais, appam, and vadai….
I made the lunch, a simple one at that!!
-Pal payasam
-Tomato and Capsicum Sambar
-Beans curry
-Rice
-Idly for gramma… 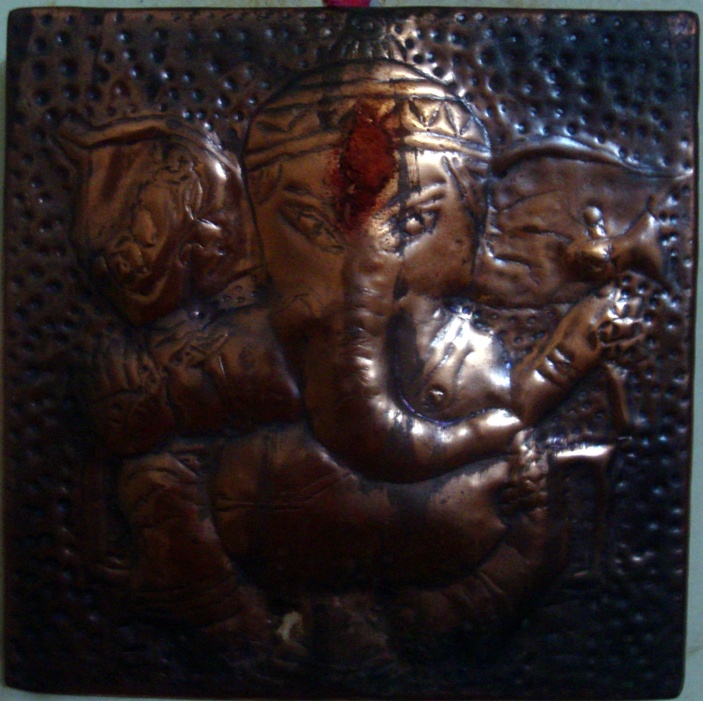 Normally, on this day, we go on a drive in the evening visiting various temples, and trying to catch a glimpse of the various diferent kinds of Ganeshas in the city.. Big tall idols, small idols, decorated ones, and so on…

In the evening, the Ganesha idol from the temple at the corner of our street is brought around on his chariot, making a stop at most homes to offer blessings to residents..Its is a lovely sight

All these pictures were taken at home.. of idols scattered across the rooms!! There are more, but alas, my camera batt died.. will click and upload rest tonight!!

Have a Lovely Chathurthi and weekend all!!