Last wednesday evening i remember catching up with Sandeep at the Subway F4 meet and talking about weekend agenda… Thursday was spent getting a new battery for my laptop, which happily died on me friday evening and i was left in the mercy of my awesome phone!! Oh well!! …

The weekend was already there and now its over and gone!! Saturday and Sunday spent at IIT Madras being a part of the TEDxChennai … Its been over a year since i was inside the IIT campus, and it was a lovely feeling walking through the road enveloped by lush greenery.. 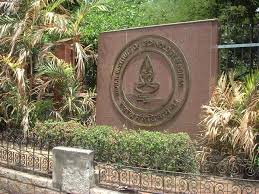 I had been curious about TED and wanted to attend a conference atleast, and that is a wish that came true quite fast!! One day i read a tweet from Sandeep inviting Tweets/Bloggers and photographers for the event.. i replied expressing interest and voila, i was in!!
Saturday had me landing in IIT at 11am, enjoying a few speeches [which were actually a trial run for Sunday] and ofcourse the TEDx chennai workshop run by Laura Stein, giving inputs on how to go about having your own TEDx conference….

Kiruba shankar and Ram Sahasranam, the duo who brought TED to India
Tweeting was basically giving updates minute by minute on what was going on, something interesting someone said, a picture, a person, and so on. My phone did save grace by being alive through the day, well almost…and then luckily there was wifi in the workshop room which meant i pulled out my iPod touch and swung into action.. vroom tweet vroom tweeet vroom tweet!! 🙂

The whole bunch of us- tweeter me & Sylvian[on the mac] and rest were blogging…
As the day ended, and i walked out of the campus, i started wondering how Sunday would be,  and if my phone would sustain through the day…. There was wifi in the Auditorium but not accessible
Member Login
… Charged my phone to full, and headed to the Audi at 8am excited and anxious….
The day then flew by with speaker after speaker enthralling us with their experiences, videos, pictures and life lessons… during a break, we went out exploring the Product stalls… Met Balaji Lakshmanan[part of F4 gang] and is an IIT student, robotics expert who was showcasing a robot he had created… Next to him stood a small guy, who wasnt fluent in English, but had invented a machine that wowed us… This was a device that he says will detect mobile phones when they are in silent mode… He has pitched to Egmore Jail and they have expressed interest. Said he hadnt gone ahead marketing it as he was waiting for funding…. !! Was so overwhelmed…. 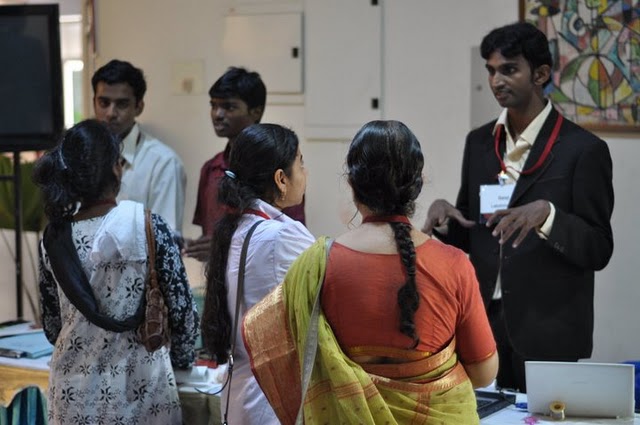 The guy in red shirt in the middle…the one in suit is Balaji Lakshmanan
For those interested, the videos/speeches will be up on TEDx website shortly… you can however read the blogs posted live on TEDx blog There is also an interesting post made by an attendee, Venkatesh on yourstory
It was one awesome experience- not only did i manage to attend the conference, share the expereince, i also managed to take home some lessons as well.. …. And i did get some cool feedback from those present and others on my tweets.. Looking fwd to more such opportunities….

The entire social media team- Bloggers.. tweeters… photographers!
A weekend well spent…
Group Pics Courtesy the Photographers at the event…
Others: Me!! Shall upload others i had taken and share link