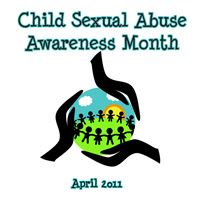 Years ago, when we were living in a smaller town, one day on my way back from school, I spotted Latha [ who was our maid Pattamma’s daughter] sitting near the gutter and vomiting. She was doubled over and looked about ready to collapse. We were 3 of us who went past that way to our homes. That day, on seeing this girl, we decided to stop and enquire. She saw me, wiped her face and smiled. I dint know what to do, whether to pause and ask if she was ok, or simply ignore and walk on. I went ahead a few steps, but couldn’t go further. I asked my friends to carry on and that I had forgotten to pick up a letter from a neighbor’s house.
Turned to see if she was still there and I rushed to her side and quickly asked her if she was ok. She once again smiled and said Yes, I am ok, and wiped her mouth. In a flash, I noticed blood on her hands, and probed further. The 1st thought in my mind was that her father or mother had hit her.  She refused to answer  till I threatened to take her home and get my mother to talk to her mother. She instantly cringed and begged me to not do that.
What she told me had me shivering. I had never heard such a thing before and it made me mad. She burst into tears and narrated how her uncle [who lived nearby and was jobless] came home and forced her to have sex with him when she was back from school and alone at home. He had been doing this to her for a week. I was mortified. I was about 2yrs older than her, but had read about abuse and rape. I was angry, and confused. All I wanted to do was protect her, and take her away. I heard mom calling out to me from around the corner, and like a girl possessed took Latha to mom and made her talk to our maid about this.
Pattama started beating Latha saying she must have done something to invoke this, and that her brother was a good man. She disappeared for a few minutes before returning with her brother and kept screaming at Latha. Her brother stood silent, staring at Latha in anger. I still remember the look on his face, till Latha could hold it no further. She showed her mother the scars on her body and the words he had said, how he had threatened her.  She went on and on and on for a good half hour till finally, the uncle confessed. The neighbor uncle upon hearing the ruckus came over, enquired, and slapped the “uncle” so hard, he nearly passed out. Latha’s mom begged him to spare her brother,  promised to kick him out of the house and keep her daughter away from him.
2 days later, Latha and her mom came home and said that she had taken Latha to the doctor, and luckily she was alright. She promised to take care of the girl and felt bad for not seeing the signs sooner.!!
We left the town after 6yrs, and Latha was then working in a tailoring unit nearby..
I wonder what she would have done had I not asked her
I wonder what girls like her can do to protect themselves from such scums?
I wish there was a system that protected even these girls and taught them early on to keep a watch for signs!
My contribution towards CSA Awareness