It was a warm Saturday morning when i was on the road to Pulicat… This destination had been evading us for a while and finally, we were heading there… 🙂
Along the way, there were multiple stops where we did some bird watching and ofcourse breakfast…We spotted quite a few birds-
1.Indian Roller
2.Common Kingfisher
3.White breasted kingfisher
4.Pied kingfisher
5.Blue Tailed Beeeater
6. Green Beeeater
7.Pied cuckoo
8.Asian koel – male and female
9.Rose ringed parakeet
10.blue rocked pigeon and so much more….. 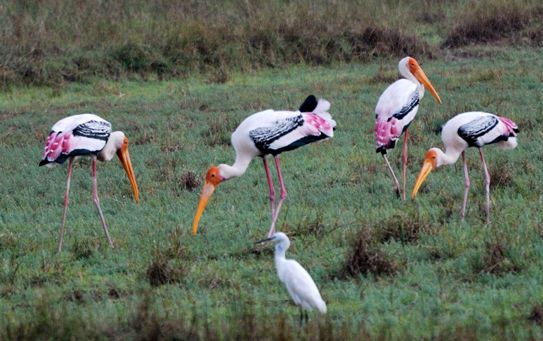 Painted storks in the fields along the way
After being on the road for what seemed like hours, we finally saw the lake in sight.. The lake was serene and calm, with colorful boats dancing to the wind.. There were pits where the locals stored Jelly fish, Prawn and others alike, which were then exported.. 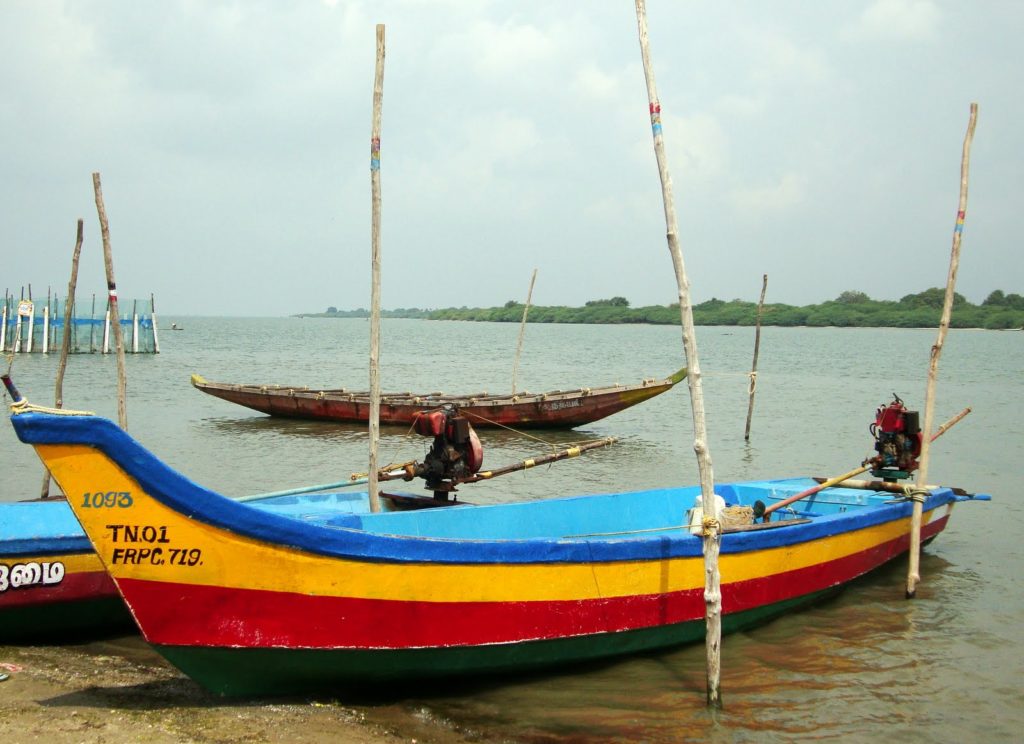 A bit of haggling with the boatmen and we were on a boat ready to set sail into the lake… I thought i saw some flamingos in a distance and we decided to explore the area further. 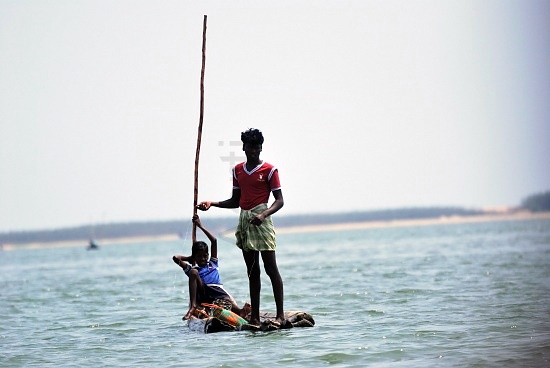 Two men sailing in the lake, totally relaxed..
The boatmen insisted it was not possible to get closer to them as the water was very shallow and the boat could get caught in the slush. Few minutes later one of the boat men was in the water pushing the boat along, taking us closer to the Flamingos. What a sight those pink birds were.. 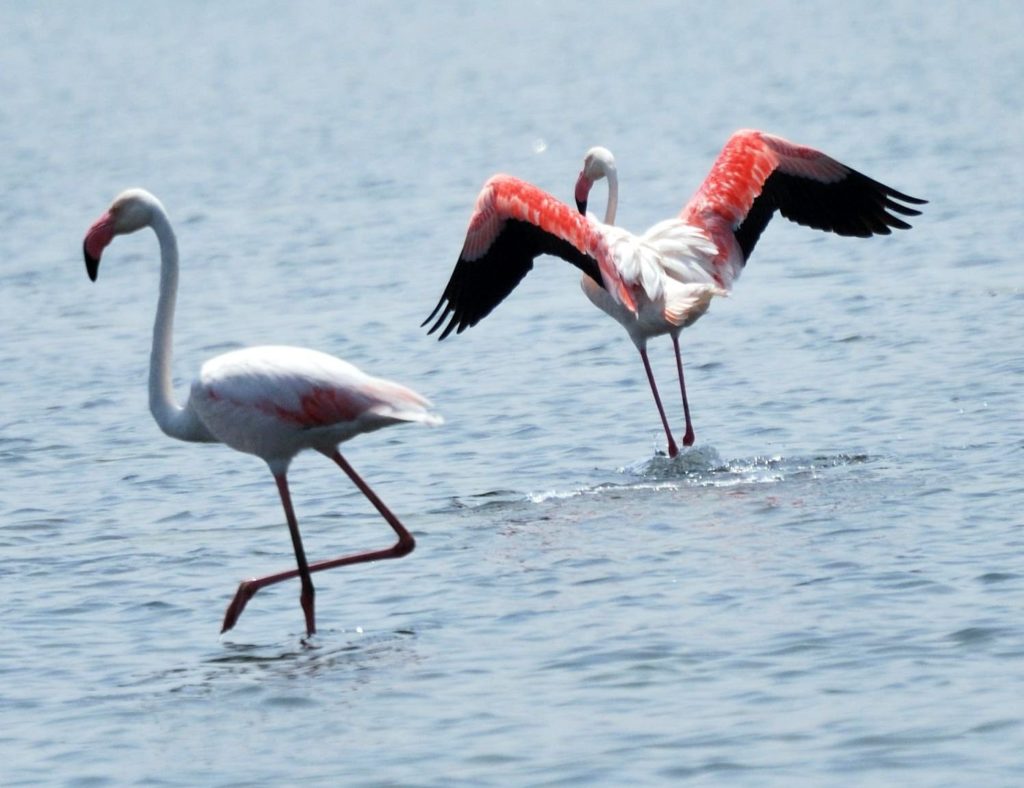 Excited and kicked to the core, i could not remain quiet… Kept clicking pictures and gasping at how gorgeous they were.. It was like watching a bunch of school kids at prayer, standing still, being silent.. And every now and then, one of the birds would flap its bright pink wings, or walk around to another side.. Moments later, we saw one bird take flight and the rest of them followed suit.. Wow, what a sight it was! Awesome.. breath taking.. magnificient.. beautiful… I can go on and on, but words fail to describe the sight..
. 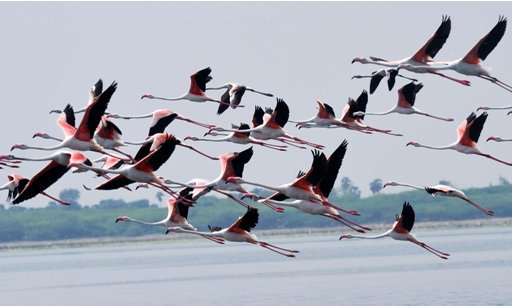 Sitting still, we watched them fly above our heads, to the far side and settle down in another part of the lake. Flamingos incidentally park themselves in shallow marsh lands only, and they seem to stick with the group…  We returned to the shore and made our way back to the car, totally lost in those birds and what we had seen…

What a day it had been!! The blazing heat was forgotten and our fatigue had vanished into thin air….

Note:: Pulicat is a small town in the Tiruvallur district of Tamil Nadu state. The town is about 60 kilometres from Chennai and the lake sits in both Tamil Nadu & Andhra Pradesh. Pulicat lake is basically the backwaters of Bay of Bengal, and is known for the wide variety of birds that visit here.