The Madras High Court is yet another landmark building in the city… Yet another brick coloured building, it is not only majestic but buzzing with activity all the time! I have only seen the top tombs and pointed structures in movies, and so it was a revelation to visit the building and see it in person.. 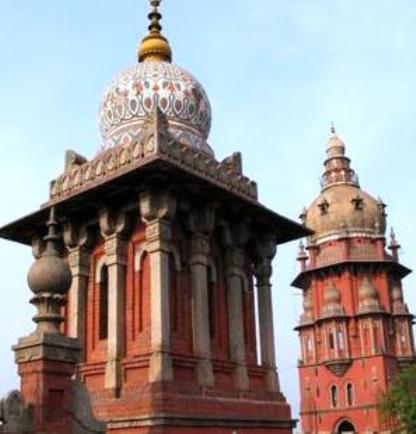 The High court is believed to be the second largest judicial complex in the world.. The building looms large, and there are so many corridors and floors, its amazing…
There is a statue of Manuneedhi Cholan near the main building… 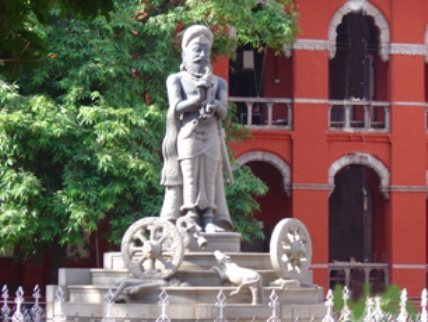 Manu Needhi Cholan or Manuneedhi Cholan was a legendary Chola king believed to have killed his own son to provide justice to a Cow, following Manu Needhi
or Manu’s law. Legend has it that the king hung a giant bell in front
of his courtroom for anyone needing justice to ring. One day, he came
out on hearing the ringing of the bell by a Cow. On enquiry he found
that the Calf of that Cow was killed under the wheels of his chariot.
In order to provide justice to the cow, he killed his own son under the
chariot as a punishment to himself i.e. make himself suffer as much as
the cow. His name has since then been used as a metaphor for fairness
and justice in Tamil literature. – Courtesy:Wikipedia