The Majestic light house in the Marina beach is as much a landmark as
the beach itself… I have always wanted to go up the lighthouse, but
not done that yet….

The red and white tower is visible for as far as the eye can see and so
is the light it shines out…. Quite a sight late at night… 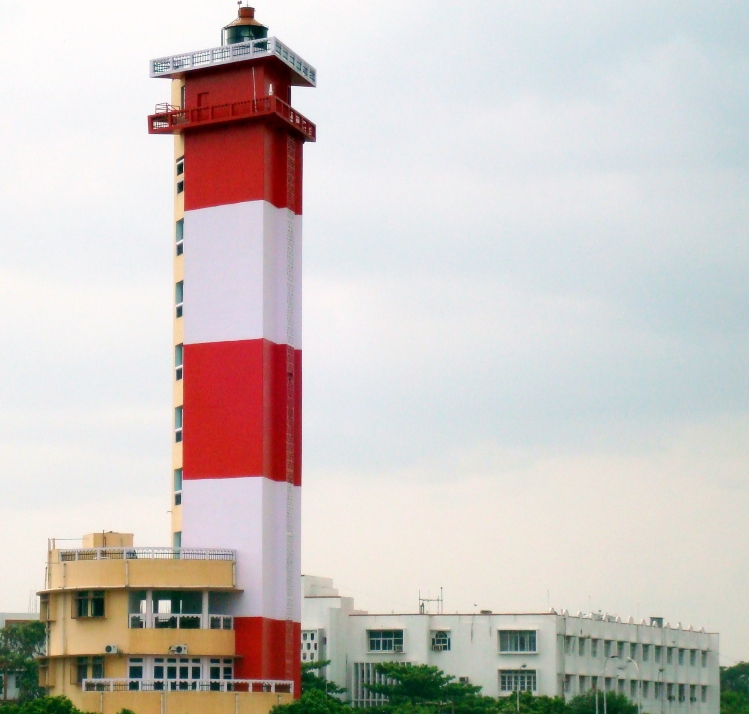 Trivia[courtesy Wikipedia] :
It was built by the East Coast Constructions and Industries in 1976
replacing the old lighthouse in the northern direction. The lighthouse
was opened in January 1977.
The present lighthouse is the fourth lighthouse of Chennai. The first
lighthouse started functioning in 1796 when the terrace of the Officers
Mess (the present day’s Fort Museum at Fort St. George) was chosen as
the site for the first warning beacon which used a large lantern. It
functioned till 1841. The second light house was erected during
1838-1844 on the north side of Fort St George and it was functioning
until 1894. The third lighthouse was functioning from the tallest dome
of the Madras High Court. It started functioning on June 1, 1894, with
argand lamps and reflectors manufactured by Chance Bros, Birmingham
which had originally been installed in the 160-ft-tall lighthouse tower.
This was later decommissioned after the present one was constructed on
the Marina beach near Santhome which was unveiled in January 1977.