The
memorial, dedicated to famous the poet &amp; saint Thiruvalluvar has been built in the shape of a temple chariot. Infact, legend has it that it is indeed a replica of the temple chariot in Thiruvarur. Apparently, there is a life size statue of the poet within the chariot.

The 133 chapters of his most famous work, the Thirukkural has been depicted all along the corridors of the chariot. There is an auditorium within the complex that is known to be the largest in Asia and today is used for exhibitions and conferences. Another unique feature of this auditorium is that it is a stand alone structure, with no beams or pillars for support.
Thirukkural, consisting of 1330 couplets has been inscribed on the granite pillars surrounding the
auditorium. 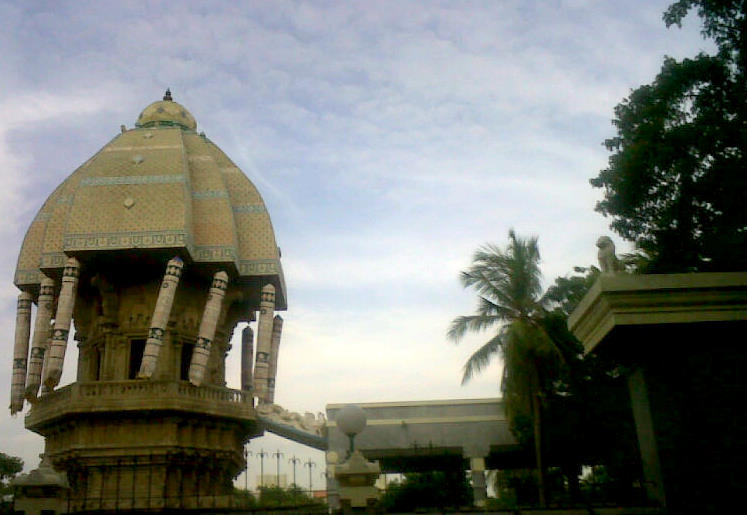