Getting invited to Dine out midweek at a new swanky restaurant is
definitely one way to perk up the week. I was headed to Fusion 9 in 2nd
floor in Tulip Aruna Hotel, looking forward to meeting other bloggers
and foodies.

The lunch started at 1.30 and went on till 4.15 or so, there was plenty
of conversation, interesting discussions, and ofcourse good food. The candle stand on the table 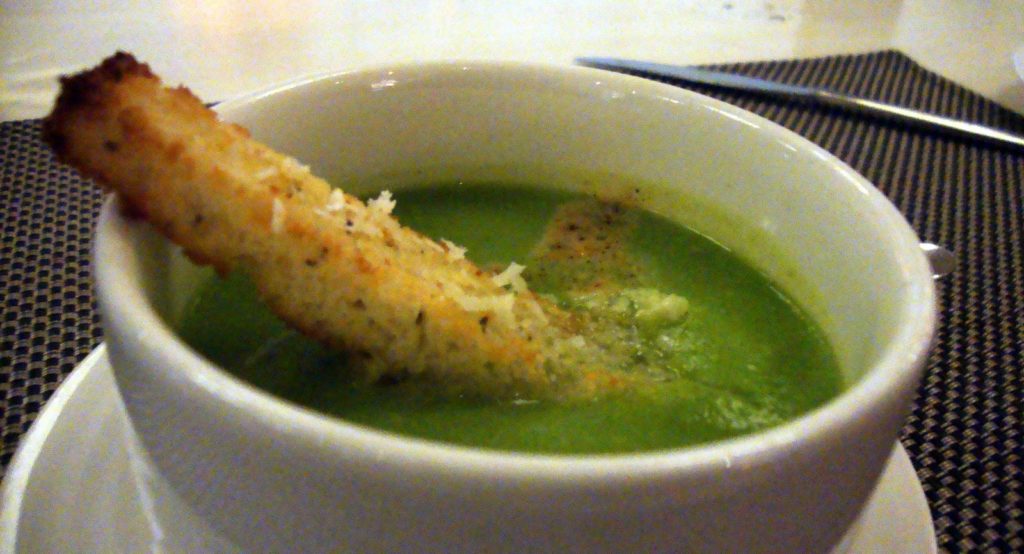 Veg Sushi served with pickled ginger, Wasabi and soya sauce
We were seated in a smart private room, and were given free reign to
order whatever we wanted. We all decided against the Buffet and went A
la carte. The last time i was here with a friend, we ordered some dishes
from the menu and they were quite good.. The portions i discovered were
quite large, which made the price they charged seem worthy!

Anyways, today, we were a near even split between Vegetarians and Non
vegetarians… We opened with a soup- Almond and basil soup, that was
served with a interesting flavoured bread stick in the soup. The soup
tasted good, but was quite thick and not very hot, not really my kinda
soup… We were then served a plate of Veg and Non veg dimsums…

These were quite nice, the veg dimsum had onions, garlic, ginger and few
finely chopped vegetables in it.  Within minutes they were devoured and
we were all set to order few more starters. In the veg category, we
sampled Bang Bang Mushrooms, Chilli Paneer Sticks and Veg sushi, oh not
to forget the Mezze platter.

The mezze platter had pita bread… hummus… curd mix…. small steamed
samosa like things with spinach stuffing.. and then ofcourse there was
the infamous Baba ghanoush…

After an hour or so, as the conversations flowed, so did the main courses we had ordered….. I quite enjoyed my Parmesan Risotto, it was quite rich and filled with flavours.. The potato gnocchi was ok, the sauce was a little runny and the gnocchi felt a little heavy… The other potato dish was yummy, especially the way the vegetables served along with it had been cooked, so light and yet a burst of flavours when they hit the mouth…

I did sneak in a few fries from Ali’s plate and sampled Rocket leaves from Doc’s prawn dish… It was the 1st time i was seeing and tasting Rocket leaves, and must say they have a wierd taste… 🙂

For dessert, we each ordered something different, though Shalini and I ended up ordering the Apple Tart, which was good, but i dint like it enough to wipe the plate clean.. I prefer my apple pie and tarts hot , and so this tart was served cold and kinda limp…. The Brownie was divine, and so was the Caramel Custard… Dint try the Tiramisu, though the look on Ali’s face said it all 🙂 Brownie with Ice cream
There was one other dessert on the menu, which i had sampled during my earlier visit. it was the German Chocolate Cake, and must say it was quite divine… but a tad sweeter than what i like… was deliciously sinful… 🙂 Oh, i nearly forgot.. Towards the end of the lunch, we all ordered a
glass of Lemon Iced tea- which was alright…  it was less tea, and more
lemon juice..

So, the Lunch was fairly good… Food was delicious, and i felt this was a restaurant was true to its “World cuisine/multi cuisine” title, especially in Chennai…. Though its a tad expensive when compared to other restaurants, the food portions as i mentioned are large and so it works out well at the end..

The main seating area is well lit and quite spacious. There is a bar island in the center of the area, and a buffet lunch daily.

Make a reservation before landing there, especially over the weekend, have heard the place gets quite full.. The seating options are sofa and normal table chair style with plenty of natural light floating in…