I hopped off the bus and began looking for the entrance gate.. It had been 6yrs since i had visited this place last…Back then i was travelling with college, and it was my visit to this Monument. This time, i was on my own and looking fwd to exploring the place on my own… I was at Humayun’s tomb in Delhi…
This is probably the 1st monumental that showed the world what Mughal imperial architecture was. The tomb was constructed to mark the grave of the Mughal Emperor Babur, Humayun’s father, the Ruler who founded the dynasty and one who had requested he be buried in a garden. 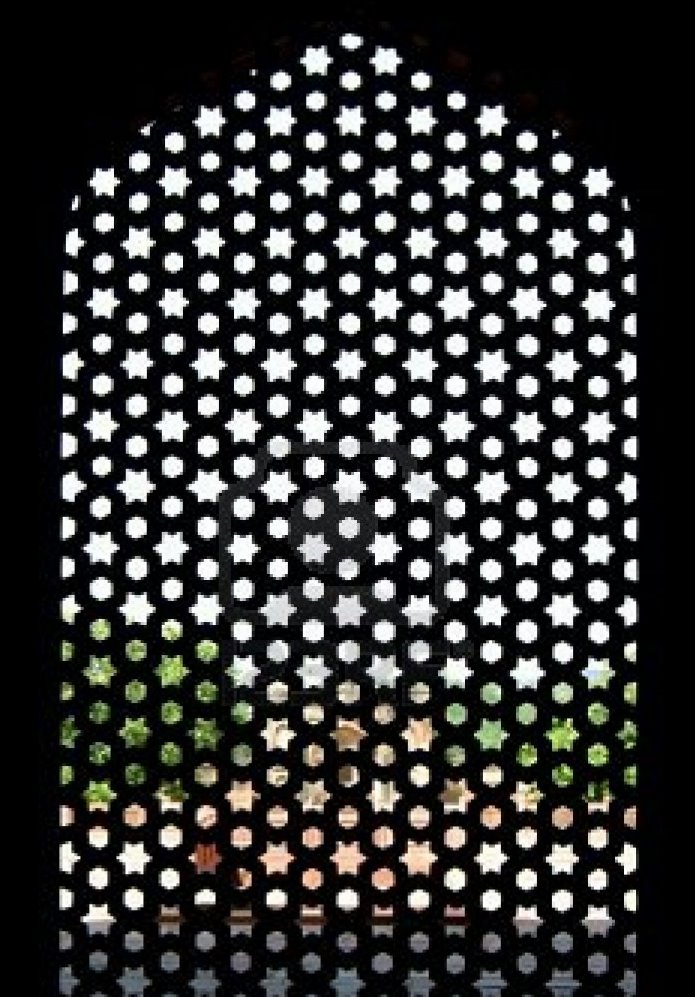 The design is attributed to  the Persian Architects and poets who were associated with the Mughal Courts.  I walked the length of the gardens, along the water fountains in the center towards the South of the Purana Qila to where the main Tomb was located. Like many others, it is also set in the midst of a beautiful garden created in the Mughal char bagh pattern. Around the complex are tall raised walls, it is said that on one side   the River Yamuna flowed by, but now it has been averted…

I noticed the gardens were divided into four parts by water channels that had paved walkways all through the length.. I overheard a guide tell a couple from Spain that the walkways are called khiyabans. 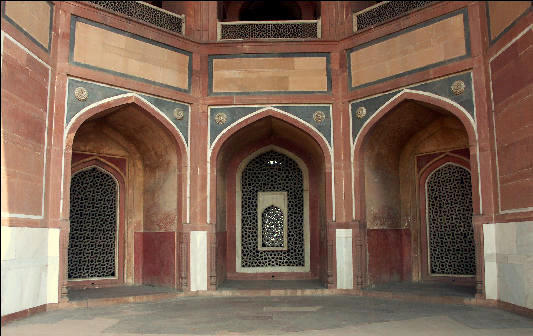 The entire monument has been created with red sandstone with white marble engravings and ornementations. Apparently the top of the dome is over 140ft from the ground.  There are numerous high arches and intricately carved windows which add to the beauty of the place.  As i made my way inside Humayun’s tomb, i noticed that each of the main chambers has within them eight smaller chambers. When i enquired on the total number of chambers i was told there are nearly 124 vaulted chambers in total. 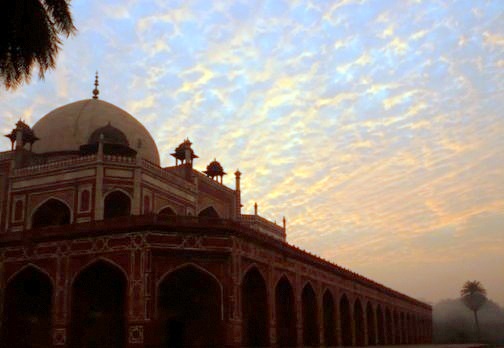 Humayun’s sarcophagus was in the central domed chamber.. His head was pointing south, and the grave was facing the east based on Islamic practices. There were other sarcophagi inside the vaulted chambers, which were added on later- his wives, Princes and so on… There was a Box of writing instruments on top of the grave which indicated it was a male body held within and a slate for the woman. How cool was that!
I heard a sharp whistle, indicating it was closing time and quickly made a beeline for the gate… I was amazed at how clean and well maintained the Monument and surrounding gardens were… My only regret was not having a digital camera[i had to get the film developed before i could see the images.. sigh]
For more beautiful skies, visit Skywatch Friday