This was a journey we had embarked on nearly a year ago, but for some strange reason i was reminded of it today! And so, decided to unearth the photograph and share it as part of the Skywatch post!!
We had just crossed Vandavasi when the friend who was also the guide told us we need to do a U turn and go into the village to reach our destination. We were headed towards Seeyamangalam, part of the Thellar Taluk in  Tiruvannamalai District. There were a few small houses and we spotted a crowd in front of a house. As we drove by, we noticed there had been a death, hence the crowd. Within a few meters, we spotted the temple on our left, and decided to explore the premises.
Situated at 80kms from Chennai, Seeyamangalam is home to Stambeshwarar Temple [an avatar of Lord Shiva], After the main temple was constructed, the rulers who came in later [Chola and Vijayanagara rulers] added a few extensions- the mandapam and Gopuram. 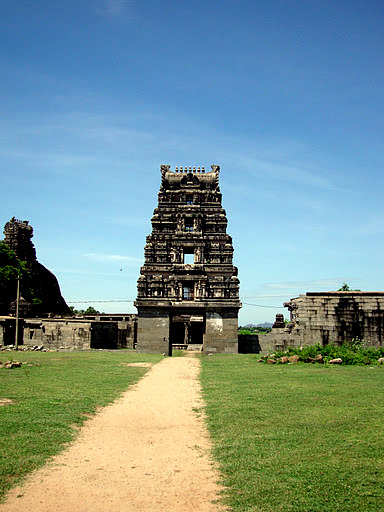 The temple was shut, and when we investigated, we discovered the temple would be open only after the funeral was done with[the death we saw down the road]… Knowing we had nearly an hour, we took a trip to another temple nearby –Thirumalpadi…

We returned once the priest gave us the Green signal and spent some time wandering the interiors of the temple in Seeyamangalam. On one of the pillars inside, we were shown Shiva in the Ananda Thandava posture, which is one of the early interpretations. On the other side was a carving of Shiva Parvathi on Rishaba[bull]. The priest told us we were free to take photographs inside…

A few steps from the main temple is a small temple atop
a rock decidated to Lord Muruga. There were steps carved out of the
rock, going 3/4th of the way. We decided to give it a pass after attempting the 1st few steps… The temple premises was huge, opening out to empty land and the blue skies. 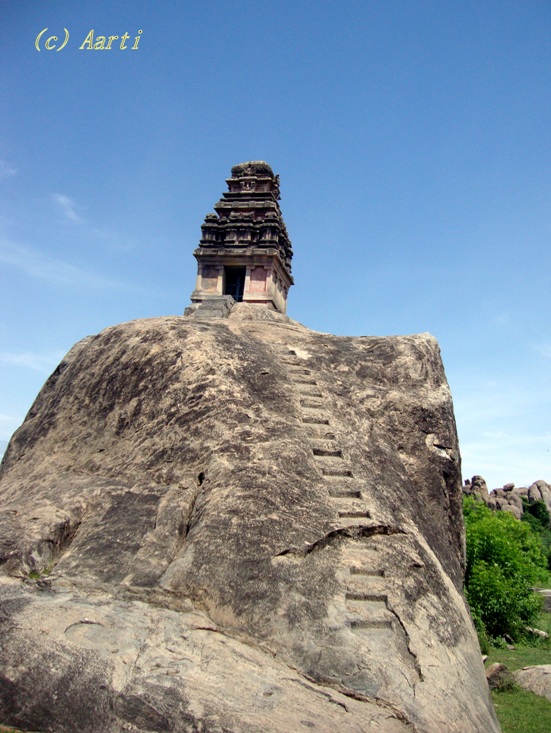 After an hour or so, as we walked towards the car, we wondered what other stories were hidden within these walls.