There i was, wading through thick traffic trying to make sure i got to Eco Cafe before 8pm [well, i am normally on time, but this particular evening i had succumbed to the chaotic one way streets and road blocks] .. Anyways, i reached and discovered most of the troops were already there plus a few new faces.. After a quick Hi hello and hey, nice to see you again, i found a seat and started chatting up. The wall with photographs transported me to Goa, i peered into them, but all i managed were a few dates and years. There was also an antique [finish] curio cupboard placed near the wall, that had quite a few random curio pieces… 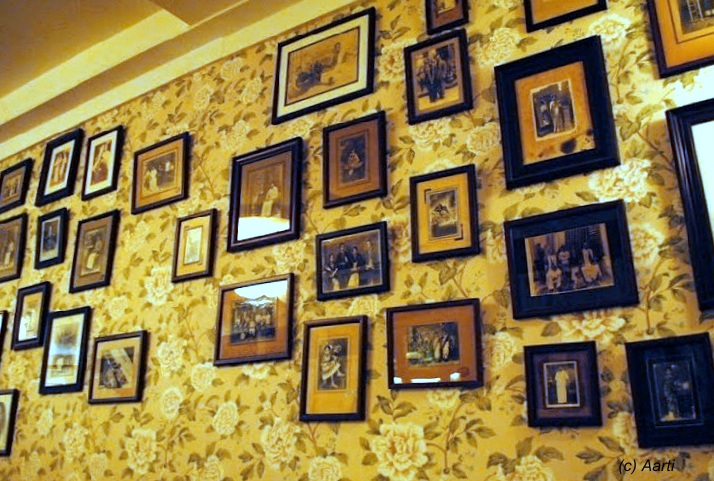 Eco Cafe is a place i connect with fond memories, meeting friends, catching up with ex-colleagues and a quiet few hours sipping on a hot chocolate while waiting for a friend to finish her afternoon at the spa across the road. 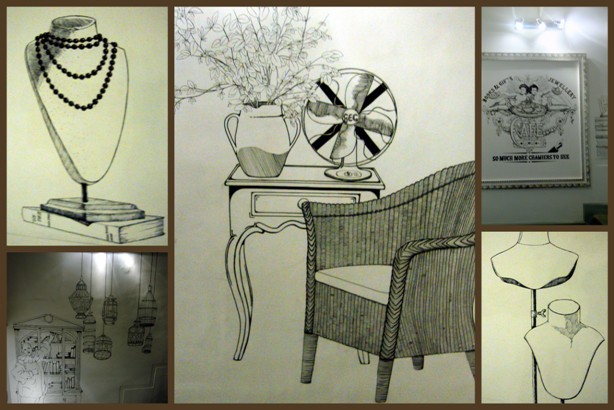 A few sketches on the wall along the staircase towards the cafe…
Every meet of ours is different, some
filled with awesome amazing food & experience, while some have good
conversations but not great food and others a whole lot of interesting
insights extending beyond food.
As the night wore on, i understood
the true meaning of “eat with your eyes”, but if only that were true!! I
managed to catch the eye of a waiter and placed my order. A
strawberry+orange drink and Sun dried tomato sandwich.
I
noticed Doc had a drink in front of him that many were tasting and
analyzing, so i too jumped in, tried it and figured it was something to
do with Chocolates and almond… Not really my kinda drink… And then
arrived a blueish greenish thick drink which was a Blueberry shake, but
had more of Banana flavor to it. Atleast it was cool, against the harsh
summer evening.
The
food slowly trickled in, and i waited for quite some time, reminded the
man behind the counter of my order and then waited some more… We were
seated at the far end of the room, where the lighting was dim and AC
was well, barely there, it was fairly warm. The table adjacent was
perfect- the AC right next to it and the lights overhead. So, the food
made it to that table 1st with all the cameras going click click click
before spoons, and forks sneaked in. It was quite a sight.  There were a
few who dragged their chairs and plonked on that table… and it was
amusing watching each one fight to taste what they had ordered before it
went cold and limp. We nibbled on the potato wedges and took a bite of
the bruschettas [ one with tomato, one with pesto, two with different
kinds of olives] as we caught up on life. 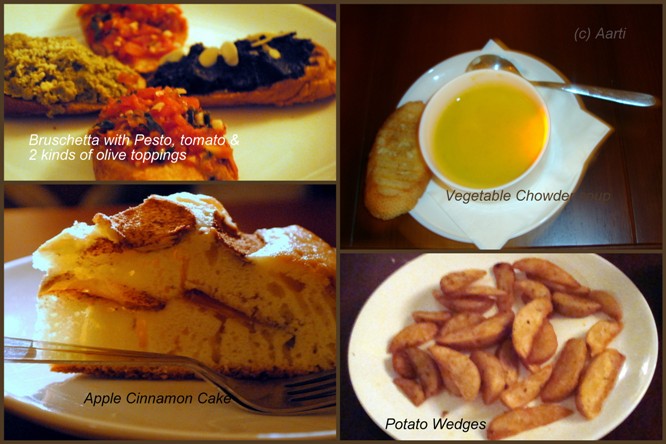 An antipasti salad made with Pasta,
zucchini, pesto and aubergine arrived, it was to have a vinaigrette
dressing, but alas, it was quite dry, the pasta was rubbery and each
ingredient stood separate, lacking sauce and flavour. The Vegetable
Chowder soup was alright, the garlic bread accompanying the soup was
good. Finally, after quite a bit of waiting, my drink arrived- it was
quite strong, i had tried it once before and liked it. But that night i
wasnt sure if it was the same drink. 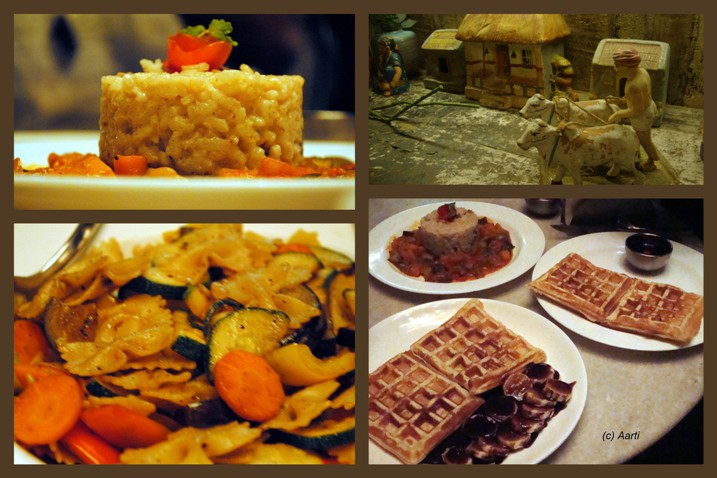 And then, suddenly i noticed my sandwich
arrive, and enjoy its 15mins of fame under the limelight. The french
fries accompanying it were good.One bite into the sandwich and i took a
pause, trying to figure out that one overpowering flavour.. There was
the tanginess of the sun dried tomatoes and the basil leaves which burst
in my mouth. I did enjoy it, but just wish the bread was tad softer.

The girls had ordered a Pasta with Pesto, and quesadilla,
which came in a few minutes. I did try the pasta, which was tad
overcooked but had a nice creamy sauce, alas the pesto was once again
overpowering. The quesadilla i dint get
to taste, saw it arrive and then poof, it was gone… 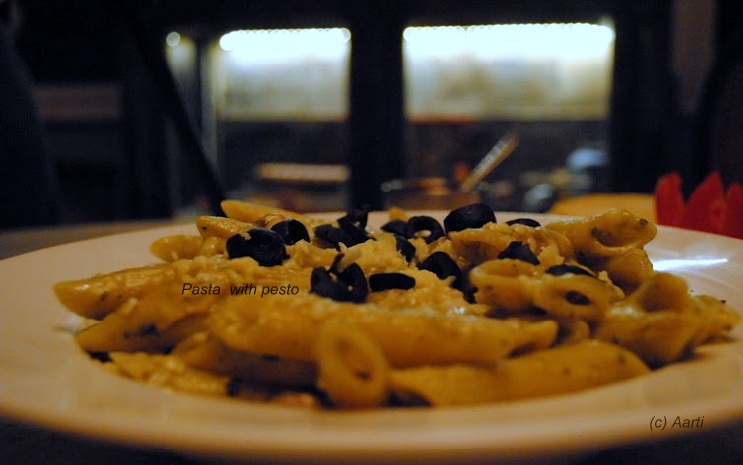 while i chatted
with a few left in the table i noticed a few make a beeline for the
table at the other end of the room, and spotted a plate with a cute
looking orange Caramel Custard with a few orange slices neatly arranged
around the dessert. 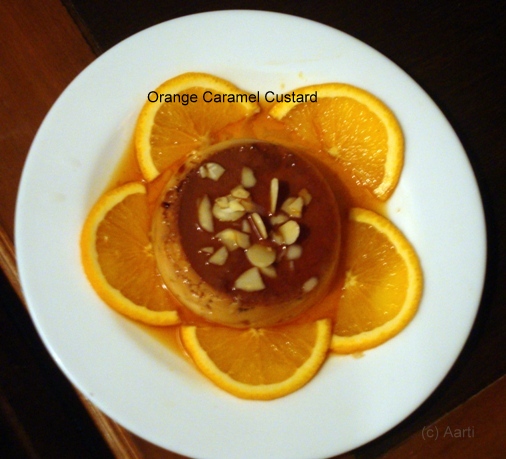 It was quite tasty, with the orange flavour coming through beautifully. As i bid adieu i could hear the laughter and chit chat of the guys who were digging into a Bass fish dish that had landed on their table.
Yet another interesting day comes to end….
Ambiance: 8/10
Food: 5/10 [I love their hot chocolate, but they should notch up their food, flavours and sauces]
Service: 6/10

Directions: When you drive down TTK road, you turn left at the signal and will find Eco cafe on the right, bang opp Oryza spa.