How many calories will that slice of Pizza add to my waist?
Is that Maida, dont you have something made with Bajra or Ragi?
I have been asked to eat Gluten Free food, any idea where in Chennai i can find the same? 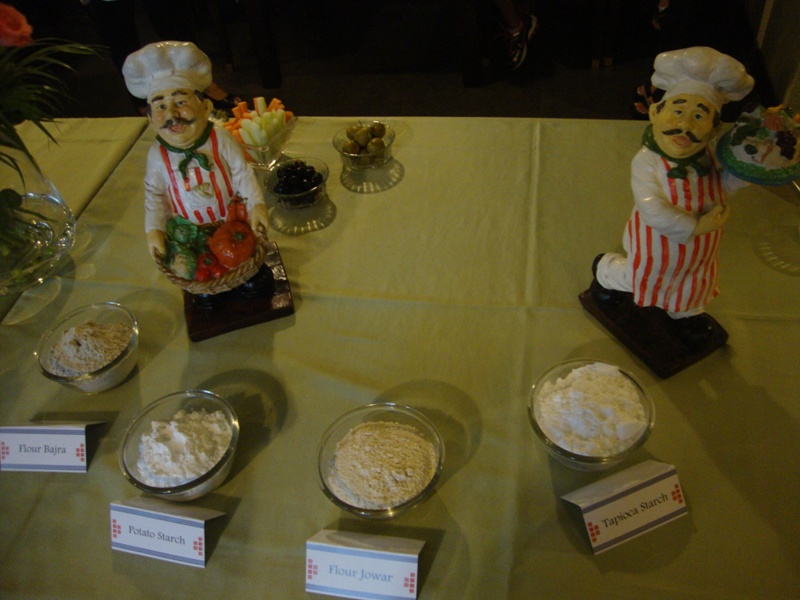 Well, these are questions i have encountered in the past few months and well, today there is a place that answers all these.. “Tuscana” 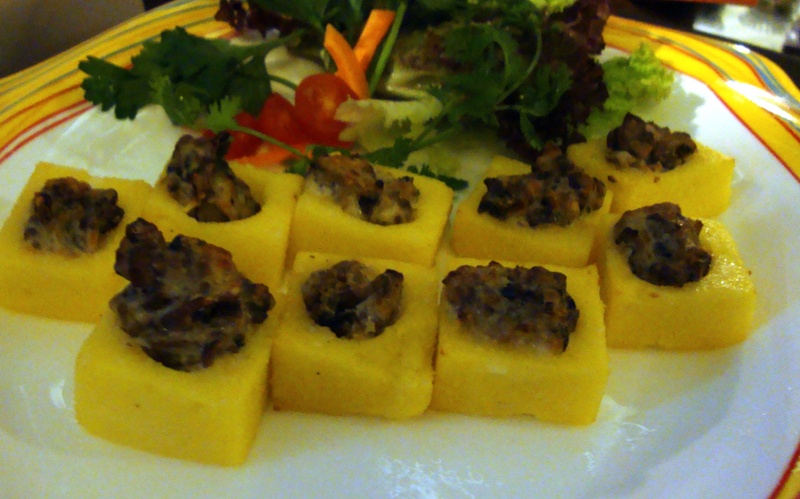 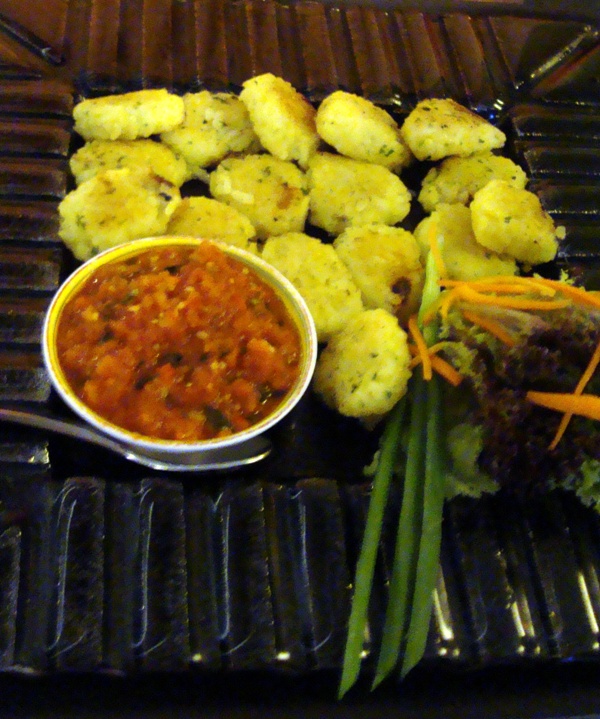 Risotto cakes that were served as starters
Tuscana has been one of my favorite places to eat at, and now they are just taking it one step further with this new initiative. Recently they launched the bi-lingual menu- English & Tamil.
And what an event the launch was, i left home and  it began pouring, most us reached the venue drenched, but what timing… Snuggled inside the restaurant, we eagerly waited for Vipin & Chef Willi to give us  some insight on Gluten Free, the products used in the dishes and get a taste of the final dishes. 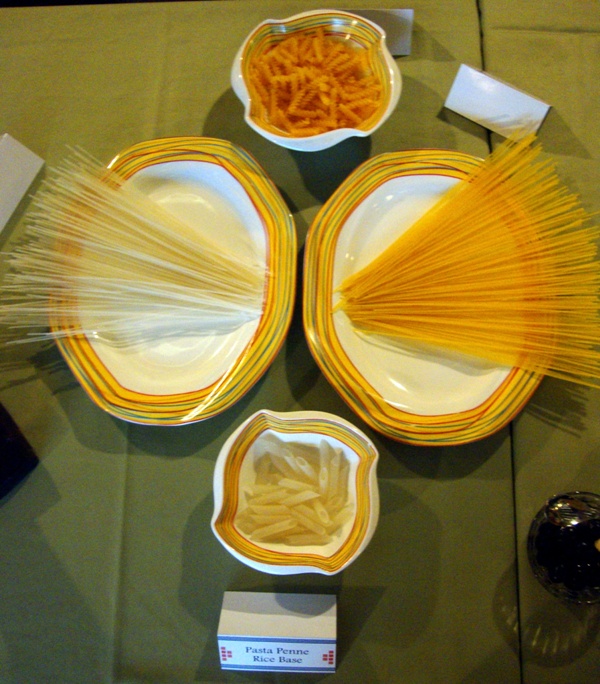 The different pastas- Rice and Corn based 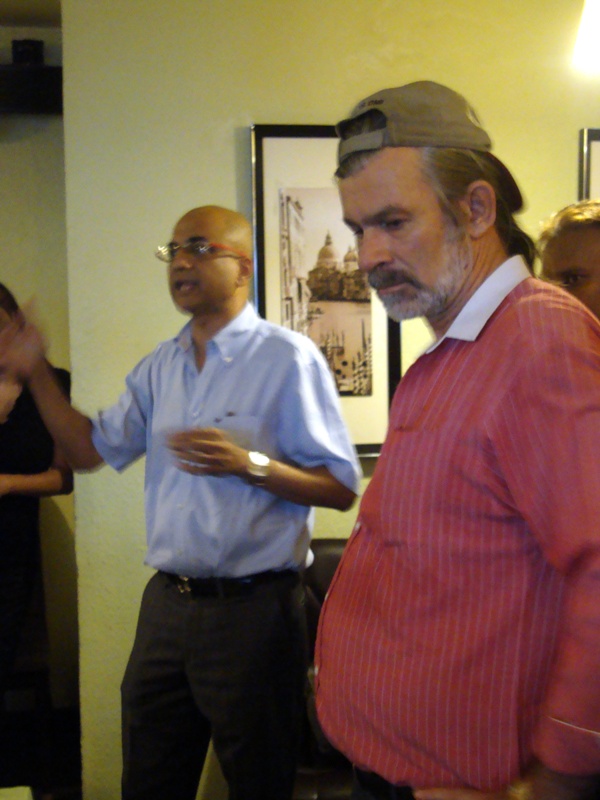 Vipin & Chef Willi explaining the whole Gluten-Free concept, how it came about, the dishes and so on

What is Gluten?
“Gluten” is present in flour like Maida and such. It is nothing evil, but just a protein composite in the
flour that gives it the elasticity and thereon the texture. When  you knead the flour, the gluten is activated. When talking to a nutrionist friend, i discovered Gluten traps the Carbon di-oxide from yeast,
making sure it works on the dough leading it to rise and become nice and soft.

But, does this mean Gluten free food is flat and tasteless? No way… That is such a myth! 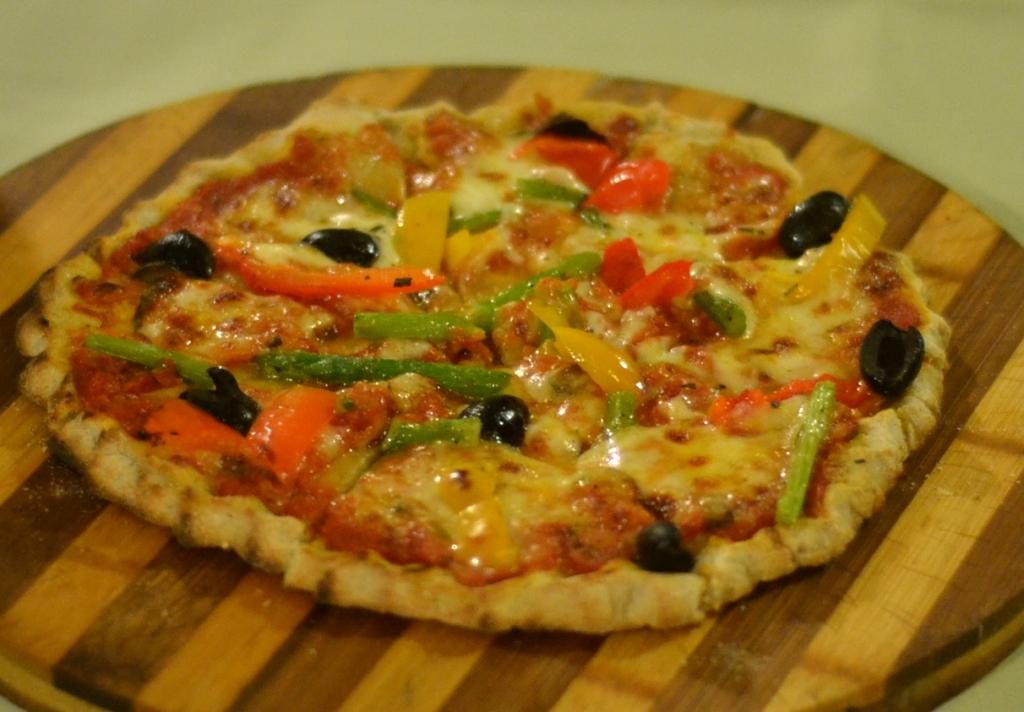 The vegetarian pizzas… 1st one with colour peppers & 2nd olives & Artichoke
Why Gluten Free?
Well, sadly there are a few among us whose body does not digest gluten well. And the new range of dishes at Tuscana is such a boon for them.  They can enjoy them as much as the others, from main dishes to dessert.
Gluten-free diet is a way of life for the person with celiac disease, a digestive disorder due to severe gluten sensitivity.  No one needs to tell someone with the disease to stay off gluten, the protein component in many grains.
However those suffering with joint pain, brain fog, loss of balance or other neurologic and auto-immune disorders may also benefit from a similar diet as some studies have linked these and other illnesses to gluten consumption. It is reported that one out of every 133 healthy adults in the United States has celiac disease and the accompanying digestive problems if they eat anything containing gluten. 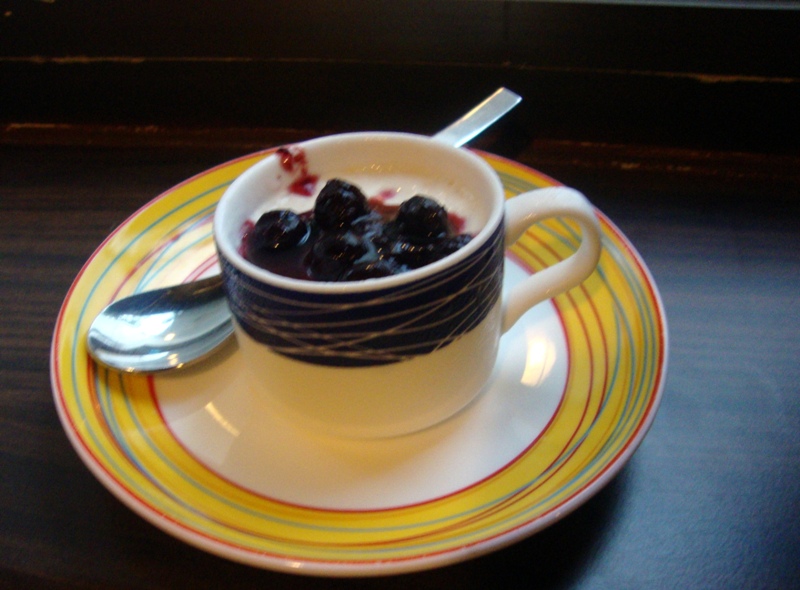 Whats special about Tuscana’s Gluten Free menu?
Chef willi showed us the various flour used to make a Gluten Free pizza- Potato Starch, Bajra, Jower flour & Tapioca Starch. He said  the pizza takes about 8 mins to cook against the normal 4mins and similarly for the Pasta, he said it has to be cooked on order, unlike the normal pasta, which can be cooked and kept aside.
They have a separate section dedicated to the Gluten Free dishes- utensils, cutlery and oven space as well.
How does it taste?
I was a bit sceptical, but the pizza tasted real good, now if you have eaten Bajra roti, you will identify the base texture and flavour. When we questioned Chef on the life of the pizza [store it overnight and eat next morning or few hours later] he assured us a few minutes in the microwave was all it would take and the pizza would be good as new..
The pasta was yumm, not as smooth as the normal pasta, but held the flavours beautifully. Very light and simple 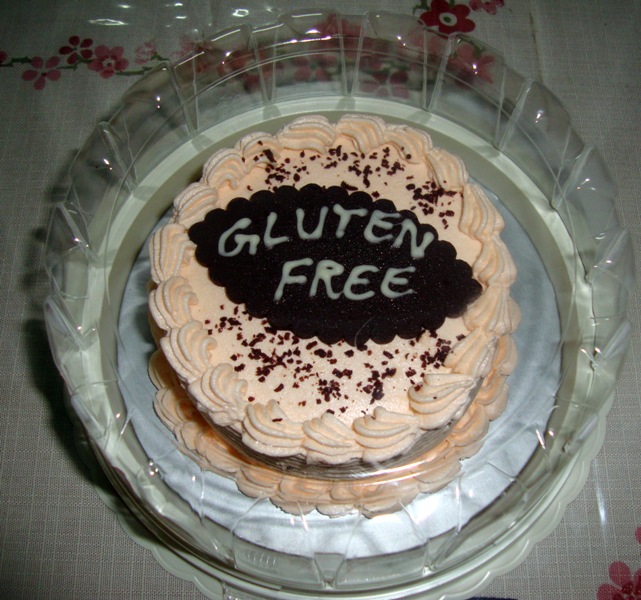 Oh and they have desserts too.. We each got a Gluten Free cake [made with Almond meal and orange flavoured icing] when we bid adieu to the team at Tuscana.. Wish them all the best!!