I havent done Skywatch in weeks and so decided to resume today. Last year around this time was when i did the Coromandel coast trip, and what a journey it was. I spent a few minutes reliving the memories through the pictures and these few caught my eye.
I was in Tranquebar, and it was the day before my Birthday. Woke up early [for some reason, i always rise earlier than usual when am travelling] and was standing in the Balcony looking at the ocean, and caught a peek of the Sun as it was rising. Quickly rushed down to the beach to see if i could capture it all as it happened. 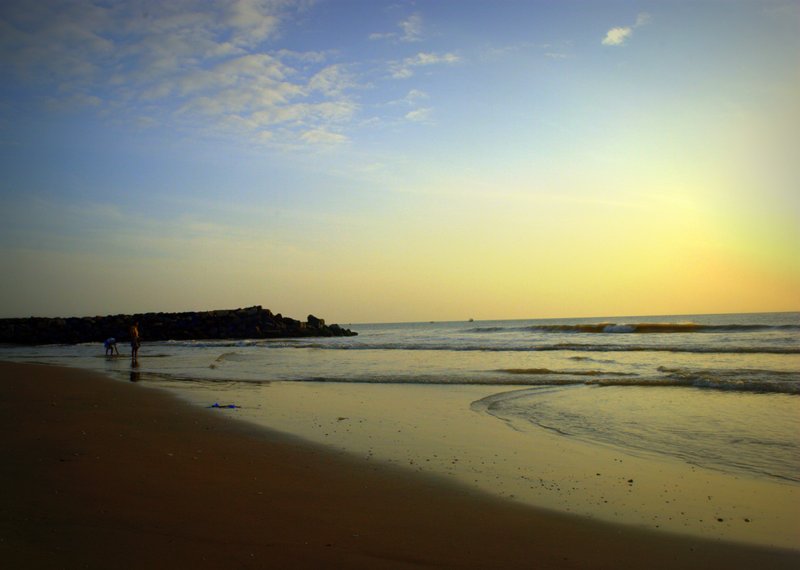 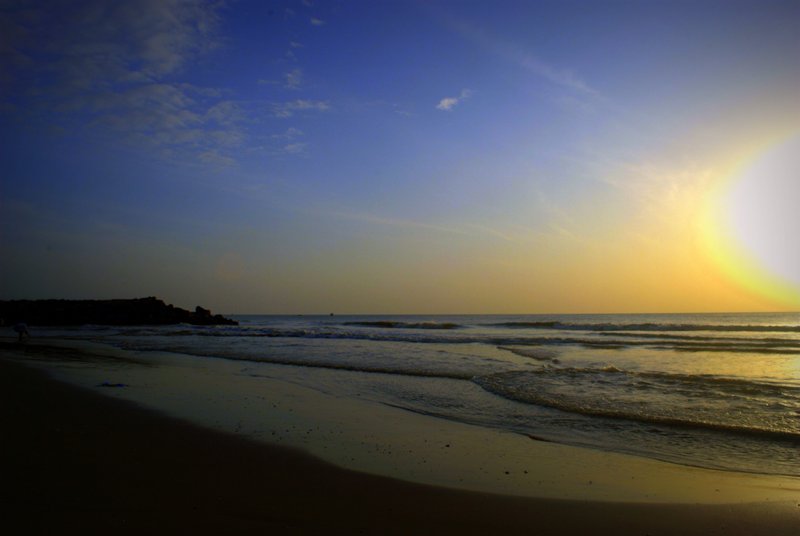 Tranquebar (Tharangambadi as it more
commonly known) is a small town in Nagapattinam district, about 45kms
from Chidambaram and 15kms north of Karaikal. The name literally
translates to “a place of the singing waves”. It was a Danish colony
from 1620 to 1845, and today a getaway destination for many. There is a
Danish Fort, Church and the Governor’s Bungalow to see, apart from the
shimmering ocean.
The architectural journey of Tranquebar can be traced back to the 14th century Masilamaninathar Temple built during the Pandya Regime. Then come 17th century colonial fort and 18th century churches. 21st century sees the crumbling heritage structures being restored by INTACH. This involves The Bungalow on the Beach , Gate House, Shiva Temple, façade restoration of St. Theresa’s Convent, former Danish governor’s residence and Goldsmith Street houses. Entry to this town is through an impressive two hundred year old Town Gate built with a Danish allure.  [Info courtesy : Tranquebar.in]
The Bungalow on the Beach, the Neemrana property is so palatial, it had me feeling like a Royal Princess- a 4 poster bed, huge room, high ceiling, antique furniture and every room opened out to the ocean. What a beauty the place and experience was. 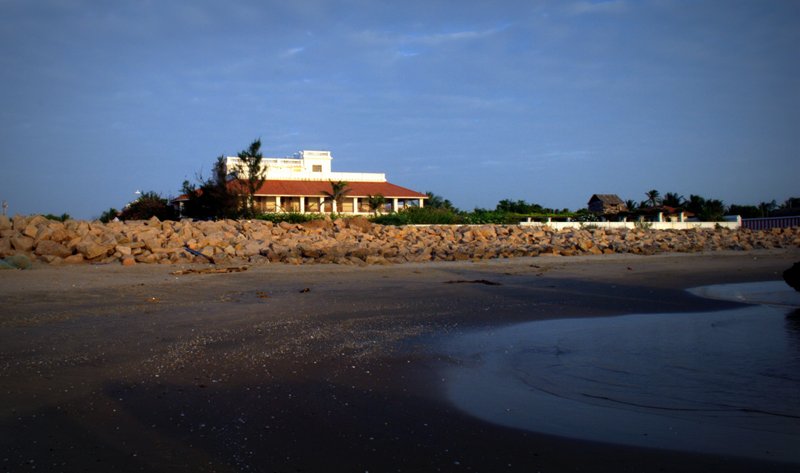 The property from the beach.
As i walked along the shore, letting the waves wash over my feet, the sun rose slowly and steadily. It appeared as if the sun was emerging from the waves going up into the sky. Was quite a moment.. The cool breeze, silence all around me [apart from the few kids who were running around]. Was a magical moment, i was lost in my own world… almost like floating away in a bubble.
For more beautiful skies, visit Skywatch Friday