Wanted to share this interesting incident from last evening.

I was heading back home, hopped into an auto in R A Puram and no
sooner did the auto guy start talking [well, this happens pretty much
always]..  Initially he asked me where i was headed, and then gave a
sheepish grin saying “i live right here ma’am, am headed home”. I said
“no worries” and began walking on.. He then came over, stopped and said ”
you are a lady, going alone, and it is late, i shall drop you, hop in”.
Dint know if i should be grateful or scared. Anyways, put fear aside,
hopped in…

Within minutes, as always, he started talking. He said He teaches at
various colleges and auto was just something he did on the side to add
to his piggy bank. He mentioned Blogspot and that he was an artist keen
on selling/promoting his art. I told him how to blog,  what an email was
and various ways of how he could get people from all over to get in
touch with him. He kept asking queries on blogger, what is comments, and
so on which i answered to the best of my knowledge.

We were driving past MOP Vaishnav when he pointed out saying “i have
taught here, and even been featured on their radio channel”. I got
curious and asked him what kind of art he was into. I asked if he
painted, oil, canvas, etc and he instantly shook his head and said “i
cant draw made, i am what you call a sculptor, except with paper”. This
piqued me interest, and i asked “origami?” He turned, grinned and said
“you know Origami? well, i do Kirigami” I use scissors and made
interesting pieces madam.. Do you know?

I told him of how i was inspired by a friend and got interested in
origami. He was damn kicked and spoke excitedly about Kirigami, how he
is the only one in India to be in this space, the various interviews
given to publications/magazines/websites and the TV channels that have
featured him. At the Pizza hut traffic signal, he pulled out some sheets
of paper- The Hindu, and another supplement from a tamil paper and
showed me the interviews, but not before asking with a tinge of
hesitation “you read tamil?”

When i asked him to share his blog url, you know what he said “just
google Kirigiami india madam and my name is the 1st.. i am known as
Kagitha sirpi Ramesh”.

He is so eager to showcase the 4000 pieces he has created, but unable
to find a sponsor. He has done classes pretty much all over the city,
even at the ABK-AOTS DOSOKAI, Nelson Manickam road.. he says he
wants to apply for a Guiness record, but there is so much red tape he
is lost in the maze. He wants to teach more… he also wants to see if
he can sell his creations not only to spread the joy of Kirigami, but
also to earn some money.

He has no knowledge of computers.. has a friend who runs a browsing center who manages his blog and email..

As i got home, i was truly inspired and felt that i should do what is possible to help this guy out…

Is there anyway we can help him?

Email me:- kirigamiramesh@gmail.com
one of his master pieces. 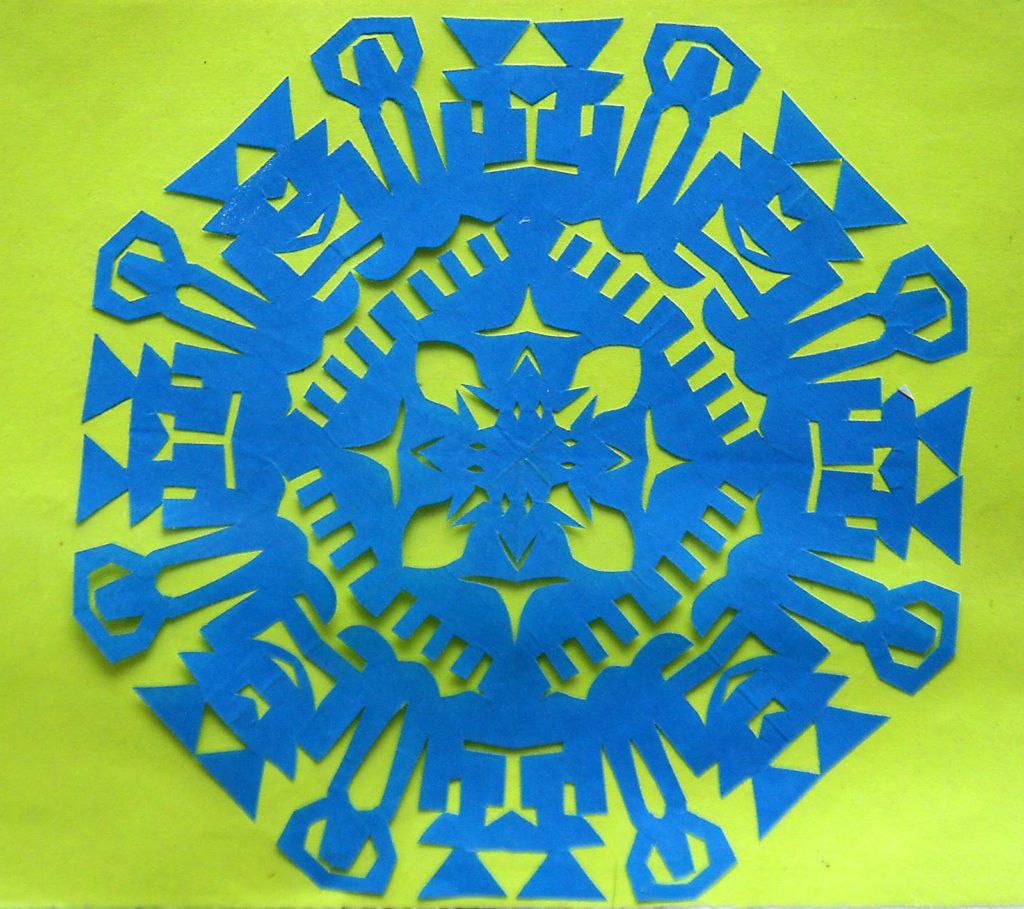 PS: I have shared this on FB as well..