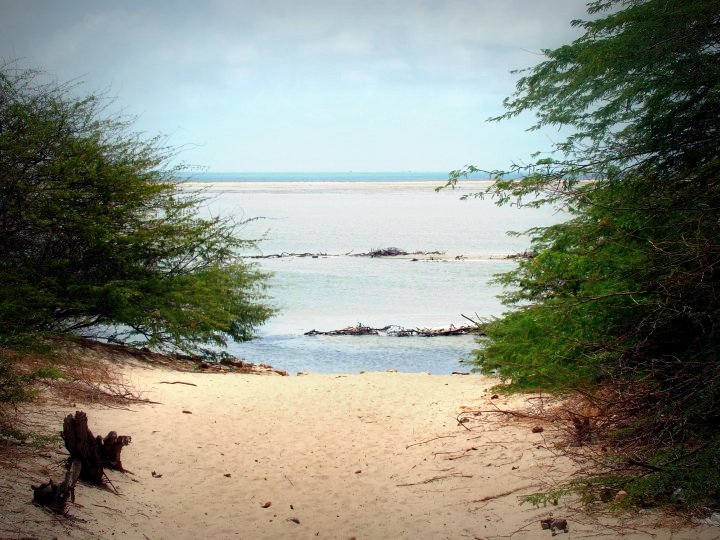 As we drove towards Dhanushkodi
beach, our drive suddenly stopped the car and asked if we wanted to see
the Floating stones.. Puzzled, i looked at him and asked “what floating
stones?”

Instantly
he replied “madam, the ones that were used in building the bridge
Ramasethu [Adam’s bridge] by Rama and the monkeys. There is a Panchamuka
Hanuman Temple less than 2 kms from here. I can take you there if you
wish”. 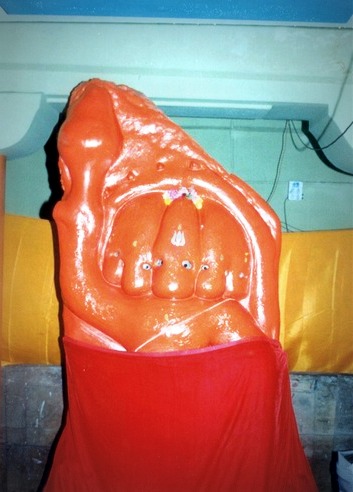 Dint need any more motivation, nodded my head and
off we went to the Hanuman temple.  It is a small temple, with the
image of
Hanuman etched on the wall in red vermillon. The Hanuman has five faces
and looks like he is standing leaning on the wall. There were a few
pillars and at the base of one i spotted two large stones, on another
pillar was the map of how India was back in the days and the path that
Rama had taken when building the bridge.
As
you walk around the main sanctum, there is a small pit of sorts filled
with water, and covered with mesh. Inside this tank, lo behold, i
noticed there were a few floating stones. The priest came around and
told me these were among the ones used by Rama when building the bridge
and that the stones really did float. ” You cant put your finger in and
push them down, but they will surface within minutes, go ahead try it”
he said. And much to my amazement, that is exactly what happened. 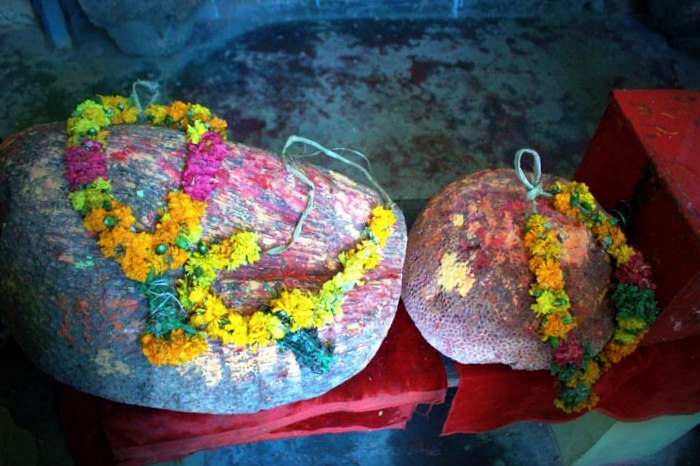 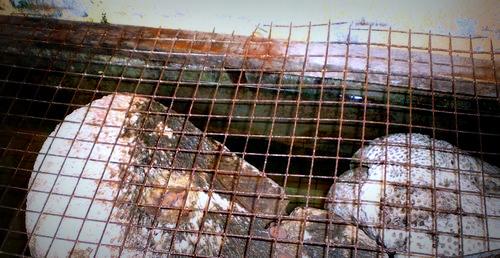 Legend has it that Rama and his army of monkeys decided to build the
bridge under the guidance of Hanuman (Monkey-God) and the engineering
supervision of
Nala. They wrote “Rama” on the stones
and used them to build the bridge over the ocean.  Apparently, even
today, in Devipatnam, or Navapashanam,
also by the sea, there are nine stones visible at low tide. It is
believed that they were set up by Sri Rama to represent the nine
planets, the Navagrahas. 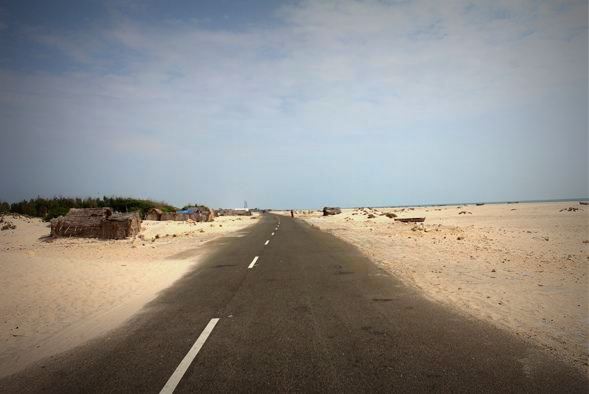 The priest recommended i visit the two other temples popular around here- Sugreeva Theertham and Lakshmana Theertham…As i walked out of the Hanuman temple, i wondered if all that i had read and heard in Ramayana was real, and maybe there were more such tales hidden within the walls around us.