Today being Saraswati Puja, it was a special day in the Navaratri celebrations, it was also the day of Chandi Homam for Sringeri swamigal [since he was in Chennai, it was organised at the Sudharma, the place where he was staying]. Ggramma was up early and pushed us to shower and give a book for the puja.. We did and then I waited for them to leave for the temple so I could get down to work and my routine. It was decides that we would do lunch at the temple and so there was payasam, Sunday and appam made at home as prasadam..
I have seen the Chandi homam couple of times in Sringeri- back in the days gramma along with others used to carry a tray with material that were used for the puja.. This time top she took a silk cloth, some turmeric and coins to put in the homam (havan) .. 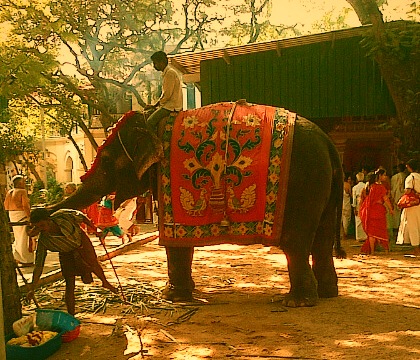 Around 1pm, I changed into a saree, wore
the customary bangles etc, braving the sudden downpour headed to the temple. I reached just as
the Chandi homam was winding down – saw the elephant all decked up
blessing kids and adults; an a horse that had been a part of the pooja..
Few minutes later, spotted he grandparents coming out of the dining
hall. She immediately went inside and asked if there was place, luckily
there was 1 seat and I was asked to go grab it.. Normally am not top
fond of these elaborate spreads, especially with the Avial and sambar.
But today, menu was different and food was good and simple.. 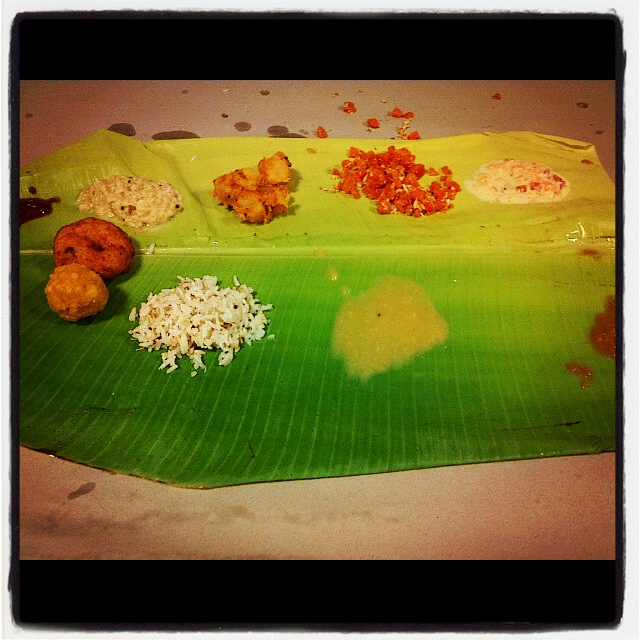 There was carrot curry, white pumpkin koottu, carrot & tomato raita, potato curry, appalam, coconut rice, vada, boondi laddoo and a tamarind chilli based pickle.. Instead of boring standard sambar there was a mixed vegetables sambar type, followed by rasam and curd.. Oh, there was Jagger’s based payasam as well.. It was good and I enjoyed it, probably because I had also not had any breakfast but for a soon of sundal at home..
We then spent a few minutes talking to a few uncle’s and aunts before heading back home 🙂