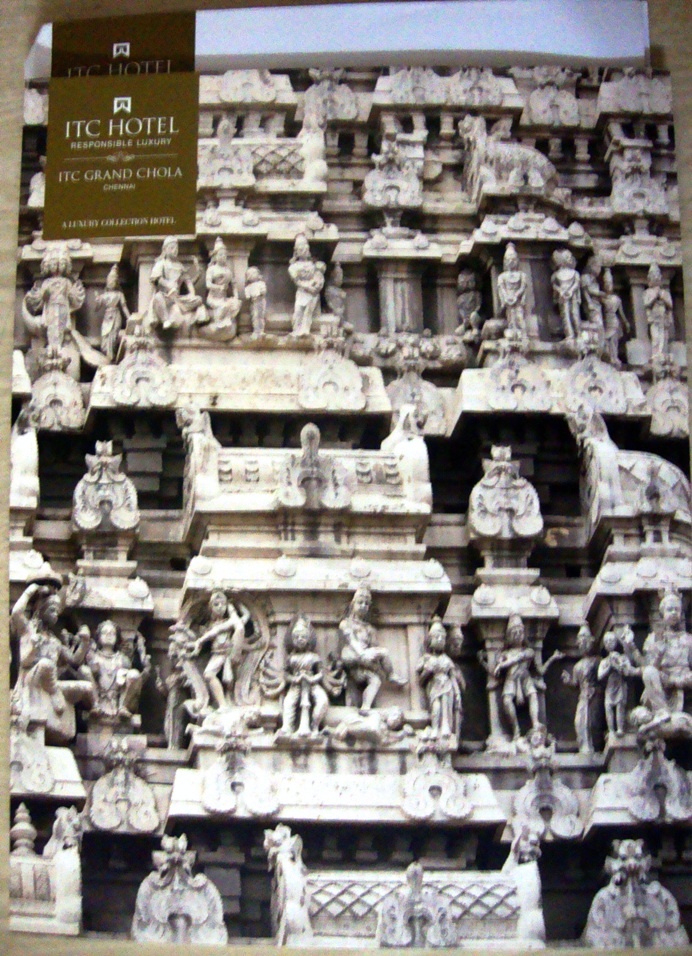 Dammit, I am going to be late.
Was stuck on the flyover in North Usman road for nearly 10mins and I could feel
the clock tick away. I am one of those who would rather be early than late, but
today I knew I was going to be late, albeit a few minutes.  Finally, at 2.20pm I reached the gates, and i was ready to meet the Cholas, err, fellow bloggers. I was at ITCGrand Chola. Having driven past this majestic place a few times, I was eager to
explore and hoped Indiblogger & ITC Grand Chola were going to give us a
tour of the place before the end of the evening.

As i made my way to the RajendraHall, on the 2nd floor for the Indiblogger meet, I hoped the Kings & Queens were not too angry with my tardiness. Phew, I was welcomed with a smile by what i assume was one of the soldiers at the Palace. :-))

Unlike the earlier meets, I
noticed there were round tables with chairs. Looks like the Kings had become modern after all.. I was asked to register [maybe this was to keep track of all the souls who came late, deserved a punishment], and a secret Wi-Fi sync, I
found a seat in a table with a few familiar faces and said Hi Hello to others [I think I even breathed a sigh of relief to have made it to my seat.. alive].   We were nearly 80 souls, err bloggers that evening. Phew, and
I knew for a fact that Chennai had many more.!! Trying to distract myself, I started looking around the hall, it was huge, and there was nowhere you could hide, except maybe under the table.. lol… Did i mention the tables had a
little flower center piece and a martini glass with candy apart from a small
jar of cookies? Yes, and the cookies were refilled as well. Each of us also had
a bottle of water… 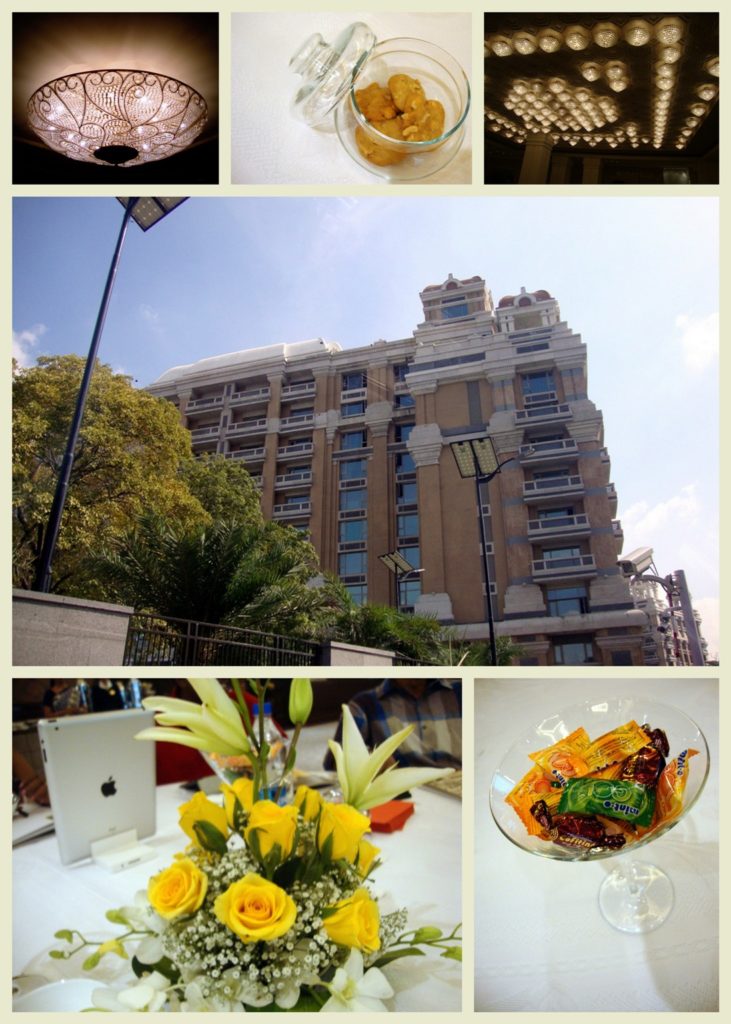 The evening began with the court brought to order by Mr Phillipe from ITC Grand Chola, subsequent to which their Digital Marketing
team took over. Running us through their “tweetsfortreats” campaign, they went
on to lure us with a whole bunch of prizes to be won that evening- ranging from
500Rs vouchers to accommodation and meals. We were all hooked and done for
right then and there [I knew I was done for..]. The rest of the evening went by with each of us crossing
our fingers & toes hoping to win the biggest of them all [and ofcourse get out of there alive]…

And in true Indiblogger style, we
had the “60 seconds of fame”, where we had to introduce ourselves, speak about
our blog, and just about anything else we wanted to ramble on. Some were crisp
& to the point, while others were quirky and well, there were a few, rather
one who decided to give us a History lesson on the Cholas [was there going to be a pop quiz? *nail biting moment*, Just then I a “go to jail” flash on the screen and nearly jumped out of my seat in fear..eeps]  During this, there were a few who won
vouchers [Ratzzz for having hit 15000 ft to Himalayas carrying the bag that she
received from Indiblogger, another person for an NGO activity, and so on.. you
get the drift…] We then were up on our feet, tapping em to Gangnam style and playing musical chairs… Run Run run i say!! was this a dry run for the jail punishments? ….
What followed next was the
highlight of the evening… Um, after a brief fuelling ofcourse.. more like stuff up the pig before you slaughter moment… gulp… It was time for
HIGH TEA [now, i’ve never really understood this concept, it is neither lunch
nor tiffin, it is more like samosas & chai, satiate your hunger just
enough, but leave you wanting more..go figure] 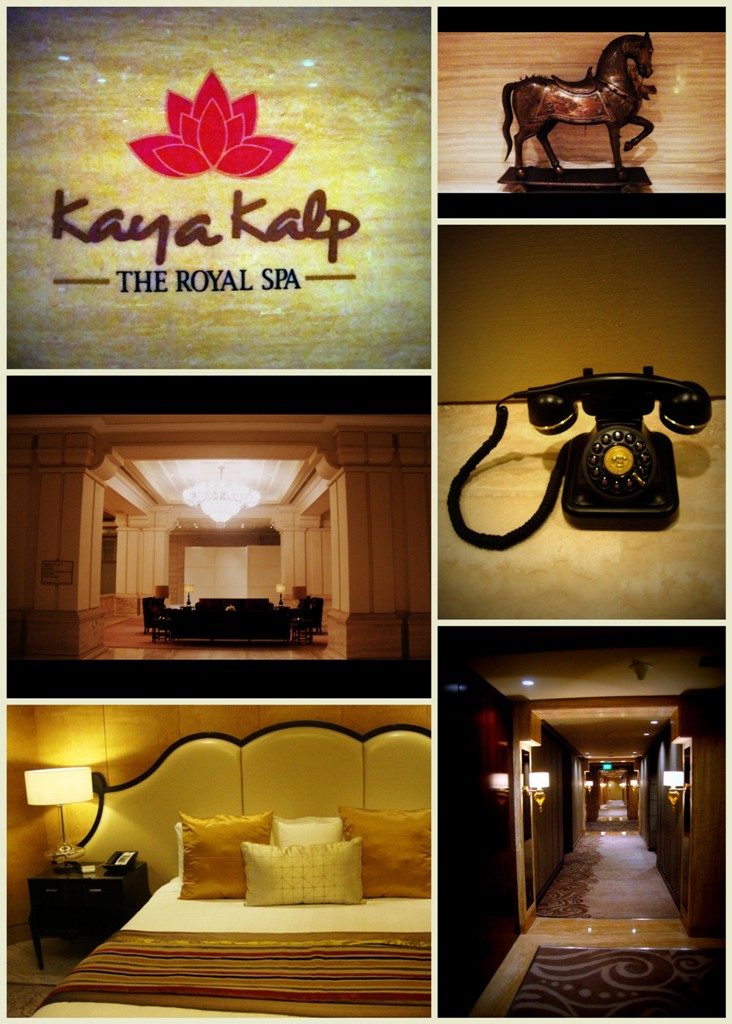 There was quite a spread- potato
bonda, kachori, vazhapoo vada, Mexican empanadas with salsa and different kinds
of sandwiches. Wait, there is more.. An island in the center of the hall with
mouth watering dessert platters- Chocolate cake, cookies, tarts, meringue,
chocolate, dry fruits & nuts…. Need i go on? It was quite an elaborate
spread and delicious one at that. I got an opportunity to meet and  interact with the  Chefs, hear their experiences with ITC Grand
Chola and of the menu that evening. As i looked around for coffee or tea, i
noticed there were these tall containers with colorful liquids- Fresh Figs
& Almond shake, Cucumber & celery juice, Banana & honey shake,
Fresh lime juice, Watermelon juice and one more. I chose Figs, and it was
yummilicious. A few opted for tea, and got to experiment with the wide variety
offered.  There was Tea and Coffee in the
main hall as well, along with cookies.
Allowing myself to drift away into la la land, I let myself be amazed at how well organized the
entire thing was, Kudos to ITC Grand Chola. Ok, lemme not digress. The next task.. err activity
was to form groups of 10, come up with a team and enjoy a tour of the place with
one of the guides [ITC staff], and along the way come up with a story as well.
We were the Raja Raja Cholas, and the story theme was Tintin and Cholas meet,
or something of that sort. 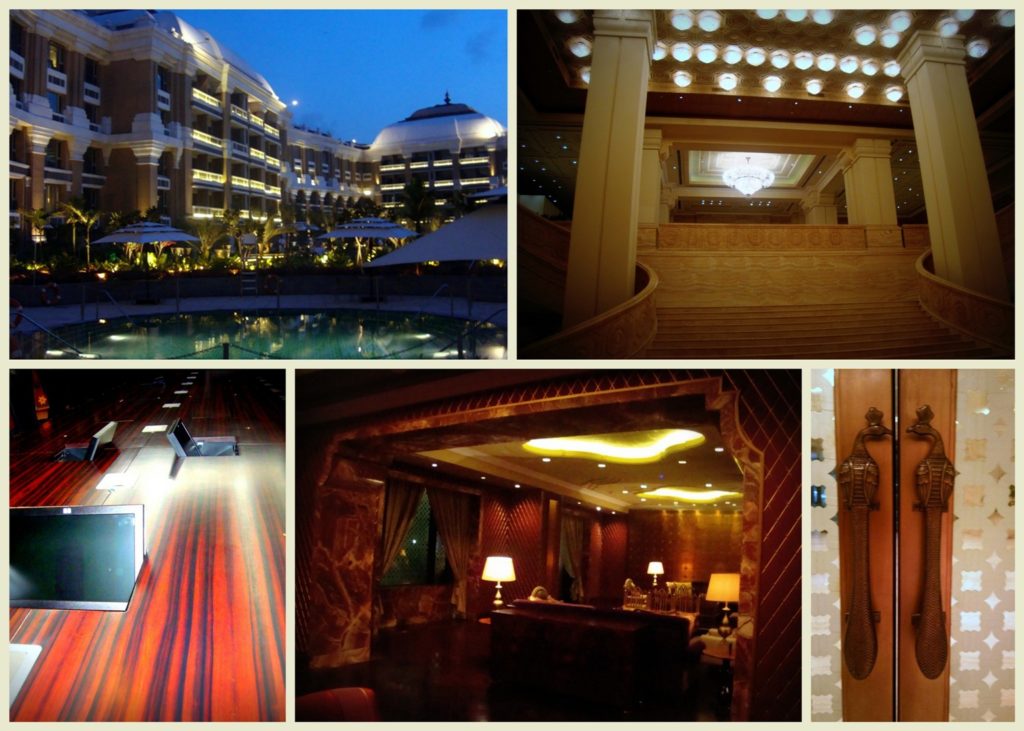 We dint win the best story or anything, but we sure
had a blast on the tour, guided by Gaurang [who’d hurt both his palms on a motorcycle
accident that morning and had not even taken the day off.. how about that!] He
was chilled out, knew every single sitcom we mentioned and we had a whale of a
time, walking around the premises, for nearly an hour. [was there going to another high tea? at the end many wondered]

ITC Grand Chola is HUGE, even
Huge is an understatement- spread across 8 acres, with 600+ rooms, multiple
restaurants and bars, a cigar room, beautiful spa, a majestic swimming pool
near the gym, the place is magical indeed. While standing near the pool, we
felt like we were on top of the world, the city seemed to be down below.

The attention to detail, the
rooms, the swanky lobbies, the resident lounge, the meeting rooms, the
facilities & technology that has been incorporated are all fit for a king,
well, for someone who loves luxury and comfort. The pictures will tell you what
am talking about…

And then, we were back in the
main hall, curious to know what next! I had wondered what we would be doing for
5hrs [the event mail said 2-7pm], and there we were back in the hall, as the
clock stuck 6.45pm. Who’d have thought!  A
few minutes spent on sharing our experiences of the hotel, and then came the “Let’s
see who won what”.[i kept waiting for someone to point their sword towards me – you there, come up here, you were late werent you, buhahaha.. off to gallows with you”]

Instead, prizes were given out to the Best team, best tweeter and
*drum roll please*, yours truly won a prize as well “best photographs shared on
the move”… Woohoo… Who’d have thought indeed? No blood shed, no tears rolling down cheeks…Me with my Blackberry, but
well, it was fun… I won a 1night 2 day stay at ITC Grand Chola and was/am
mighty kicked about.  Wait, that was not
all, ITC Grand Chola was giving out a prize to everyone who was in the hall,
how cool was that? We were each given a small piece of paper that had our prize
in it. We had to redeem it for a voucher and that was our return gift. Again, i
got lucky, I won a meal at Madras Pavillion for 2.. Woohoo once more!!

It was one awesome evening-
Lovely ambiance, amazing people, good food and a fun meet!! Thanks @indiblogger
for giving us this opportunity and thank you @itcgrandhotels for being such
wonderful hosts!!

Quick facts about the Hotel:-

The
architecture is based on the Chola temple architecture; influences from
Brihadeeswara temple & Gangai konda chozapuram evident in the
designs all along the place and there were not one or two, but 4
entrances. 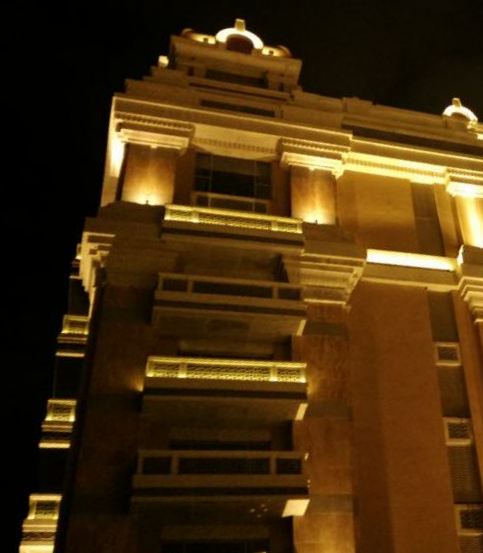 The hotel has a total of 10 food & beverage centers, including Peshawri [Northwest Frontier cuisine], The Royal Vega [vegetarian restaurant], Ottimo [Italian cuisine],The Madras Pavilion [a 3course meal kinda resturant], Cafe Mercara[coffee shop],  and then there was Nutmeg[gourmet shop], Cheroot Lounge[ Drinks & Cigar lounge], Pan
Asian, Modo Mio, The Pub and Tranquebar[this was originally supposed to have been an all women pub].
There are in all 6 swimming pools… The Presidential suite is over 4000 sq ft of space with its own private pool and valet. From what i gather, there are nearly 4 categories of rooms, one wing dedicated to women entrepreneurs and travellers.
Oh and the Elite rooms come with allergen free, pure air etc etc…The pillars are fitted with RFID sensors. Rooms are operated using an iPad, you walk in, plonk on the bed and everything else can be controlled using the tablet. Meeting Rooms are not only functional, but swanky- especially the one called “Tanjore” . Kaya Kalpa– their spa is said to be the largest of its kind…