And we had finally landed, we were in Delhi, couldnt believe it. It had
been nearly 4-5yrs since my last visit and mom was here after eons. We
were there for a wedding, but were also looking forward to spending time
with my Uncle and family. The day after we landed, uncle was off to
work, kiddo to school and others were busy with their routine. Since i
was with mom i had told myself this was going to be a laid back trip,
and i would have to take mom around… She asked “can we roam around
today? i dont want to sit at home”. I said ok, we walked out of the
colony, hailed a cab and headed out to explore the city. The 1st
destination my mom chose was the Baha’i house of worship. 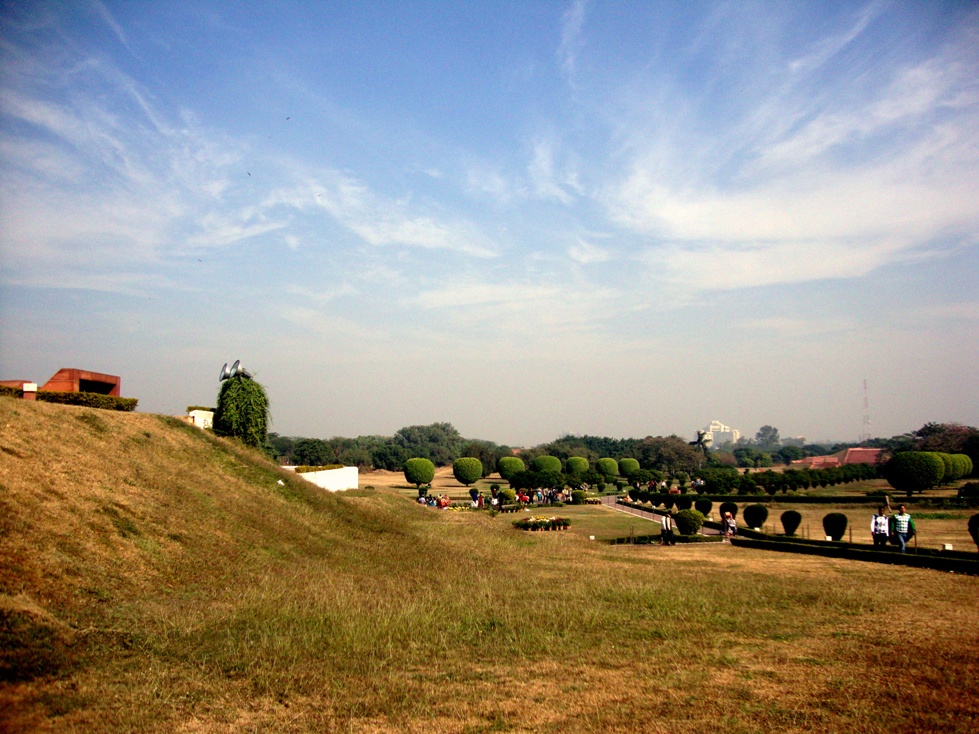 The Bahá’í Faith is a world religion whose purpose is to unite all races
and peoples in one universal Cause and one common Faith. Bahá’is are
the followers of Bahá’u’lláh, Who they believe is the Promised One of
all Ages.
The traditions of almost every people include the promise of a future
when peace and harmony will be established on earth and humankind will
live in prosperity. We believe that the promised hour has come and that
Bahá’u’lláh is the great Personage Whose teachings will enable humanity
to build a new world. [Information courtesy: Baha’i site] 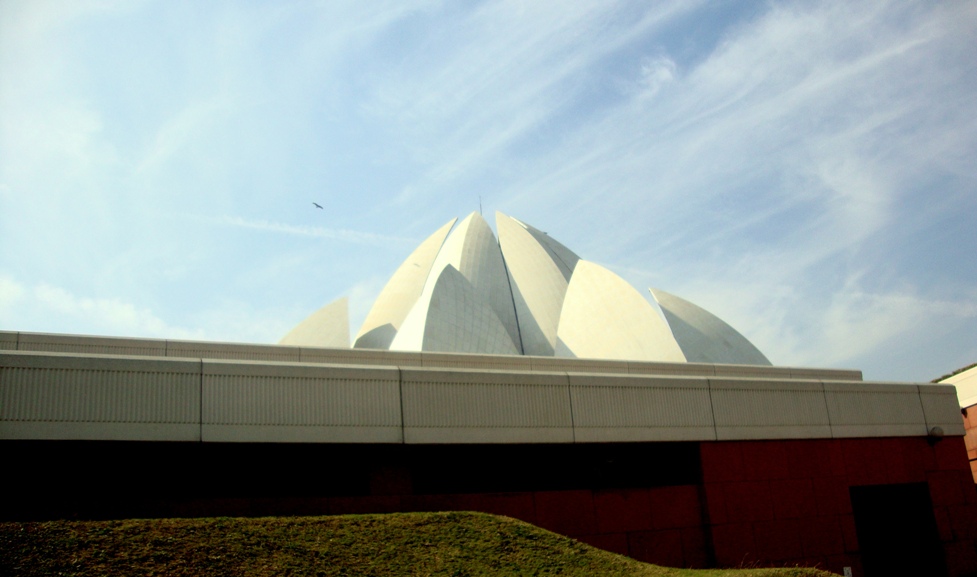 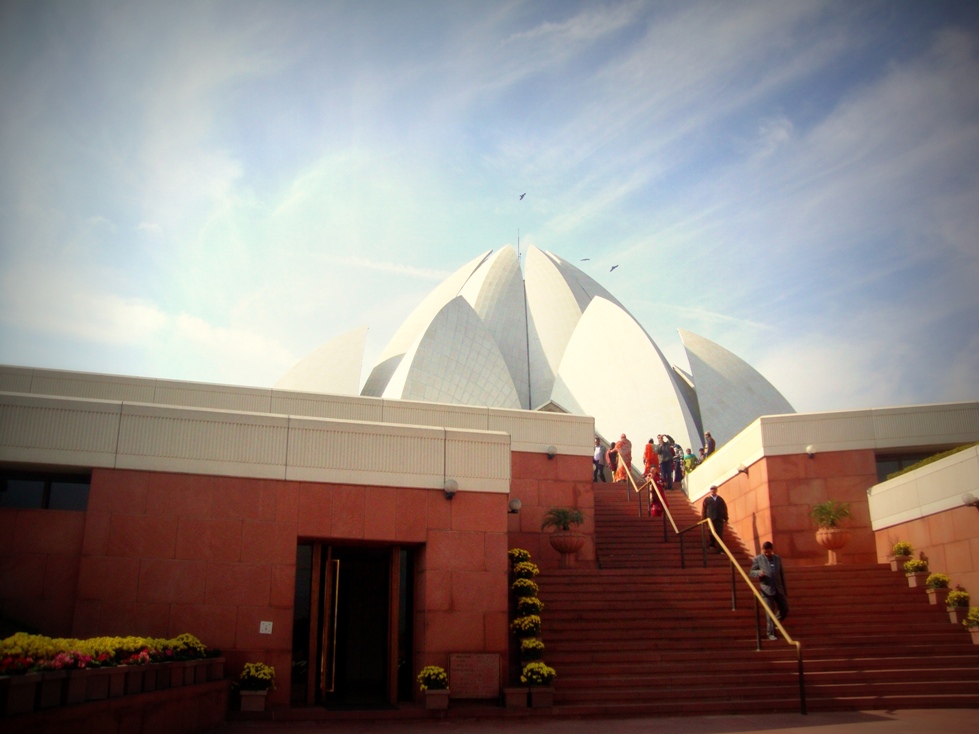 Also called the Lotus Temple, the temple resembles a lotus

flower in full bloom. Made of marble, cement, dolomite and sand, the temple is open to people across religions. Completed in 1986 by the Persian architect Fariborz Sahba from Canada, it welcomes tourists from across the world, day in and out.

Interesting facts about the place-
There are 27 freestanding

“petals” made of marble

pools that encompass the temple from outside.

Height of the building: 34,27m
Diameter: 70 m
Seats within the auditorium: 1300
The land was bought in 1953 and construction  began on April
21st 1980, Was inaugurated on December 24th 1986.
As we wandered through the gardens, i was mesmerised not only by the structure, but also by the clouds that seemed to be floating along slowly and gracefully. Two women who were walking near us commented on the Clouds before walking away towards the Information office. 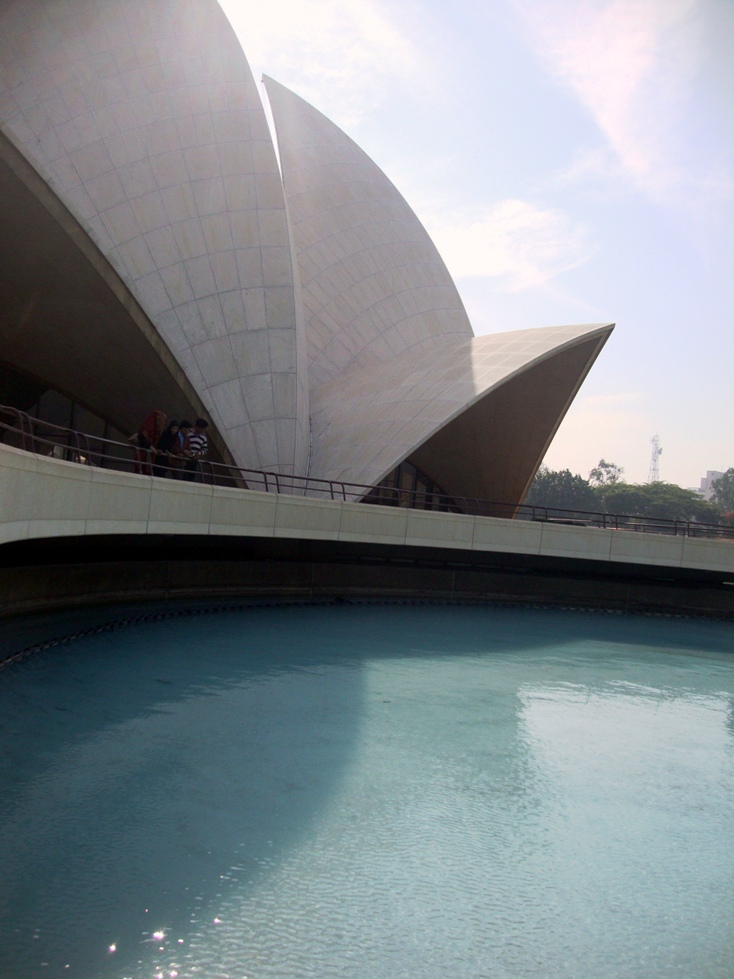 There comes a point where you are given a bag to put your footwear and deposit them in the Boot house. I noticed there were quite a few, mostly foreigners who were hesitant to do so, and some turned away because of this.  And then there were those few who wore their footwear around their belts, tied using the shoe string. I wondered why? where they paranoid of germs? or fear of losing their footwear? 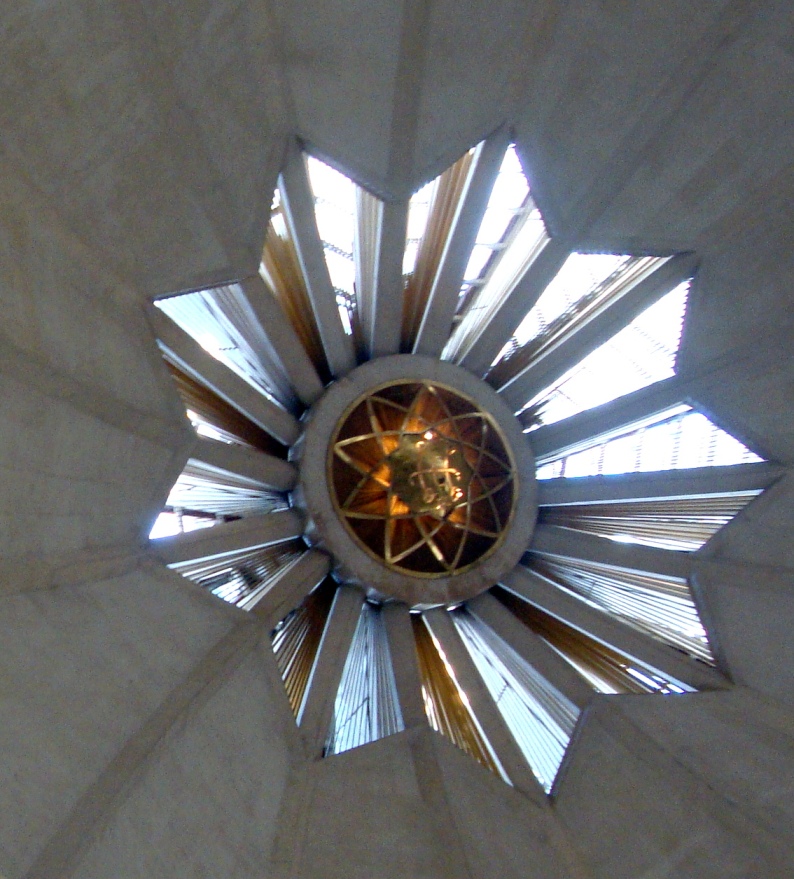 We reached the staircase that led to the entrance of the temple where we were greeted by a girl [who was from Malaysia, and volunteering here], and further along, we were asked to stand in a single file, when a guy [who was from Turkey, and he too was a volunteer here] explained about Baha’i faith [he spoke in English and Hindi as well- quite confidently indeed] before opening the doors. We got in and found a seat just as the prayer began [ everyday, multiple times through the day there are prayer chants- from 5 different religions a prayer is recited within the hall] . We left after the prayer, walked around some more and picked up a flier on the place.

As we walked out, we noticed a group of Koreans huddled in a corner with an Indian explaining the faith and about the place in fluent Korean. They were lapping up everything he said… Guess this is what is called  “The power of Tourism” 🙂