While  we were walking around the Baha’i temple, i spotted a tall gopuram not so far off. Pointed it out to mom and within minutes she was asking the guys near the gate what it was and how far it was. We were told it was the ISCKON temple, and less than 5mins away. Called our cabbie and asked him to take us there. Instead of dropping us at the main entrance, he drove ahead to the parking lot. As we made our way to the temple, i saw a lorry load of men hop off yakking away and commenting on the men around. 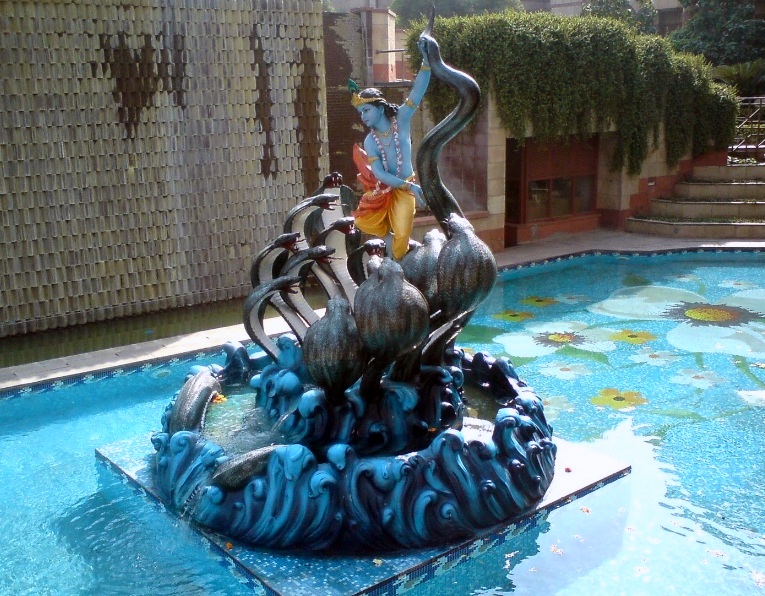 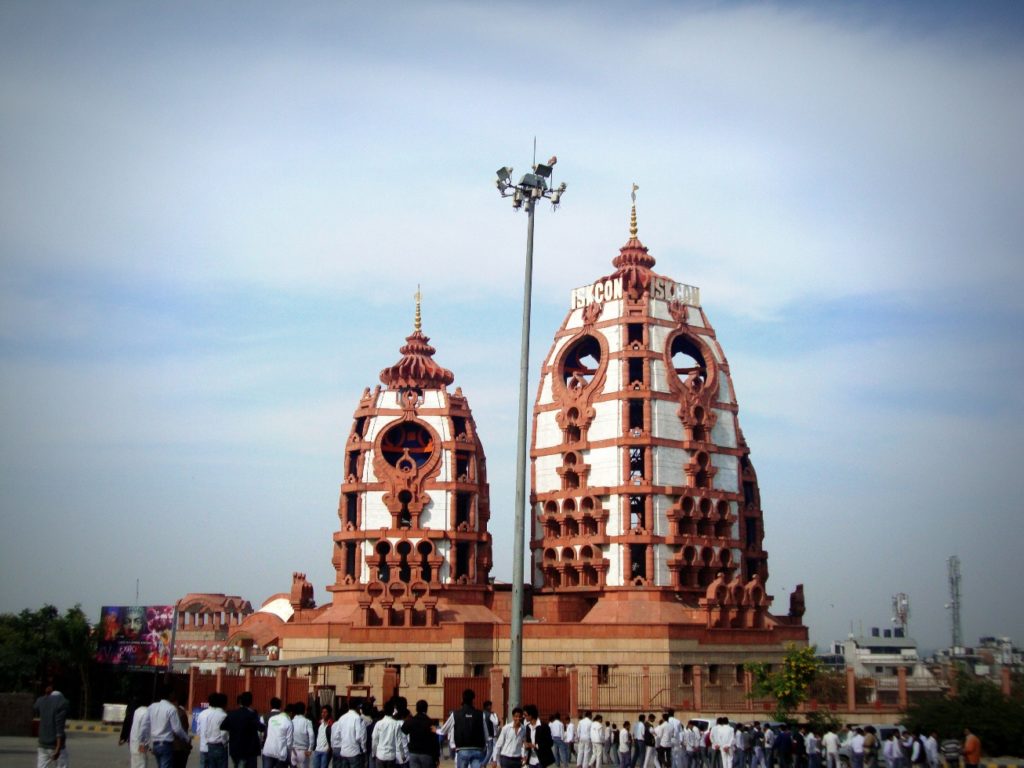 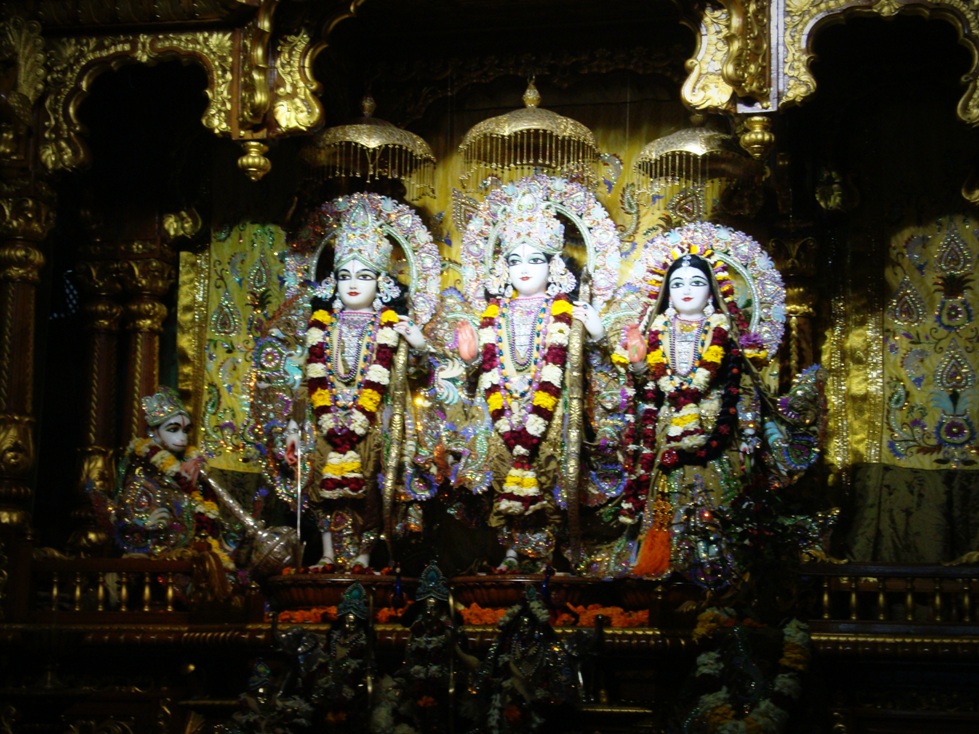 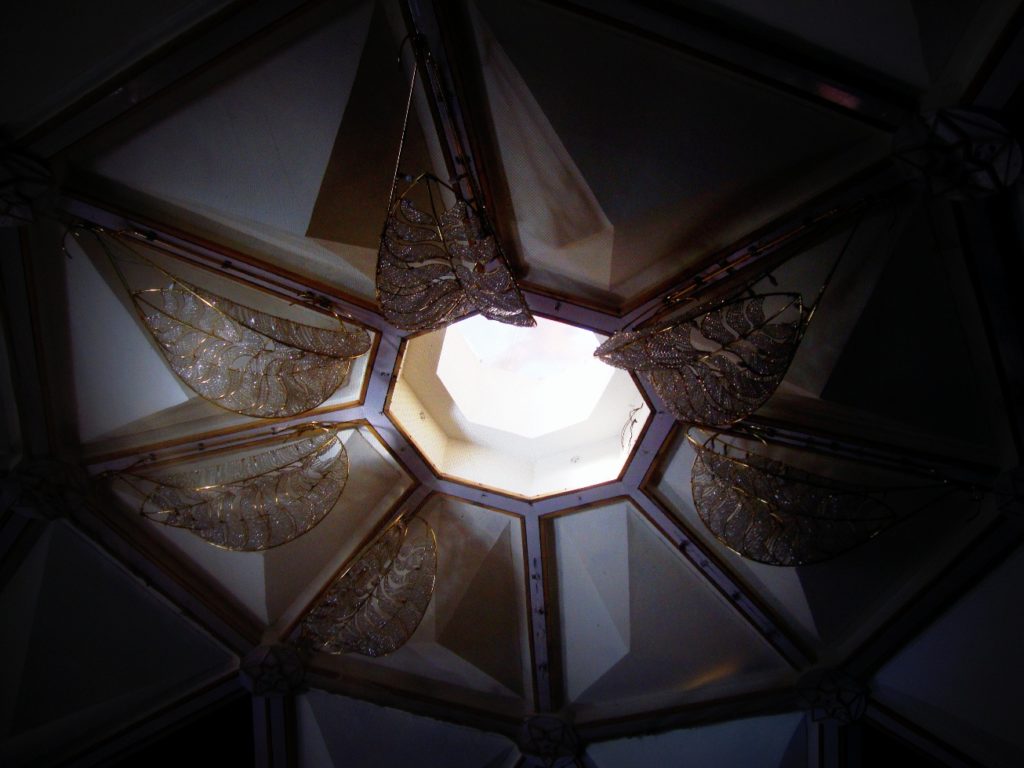 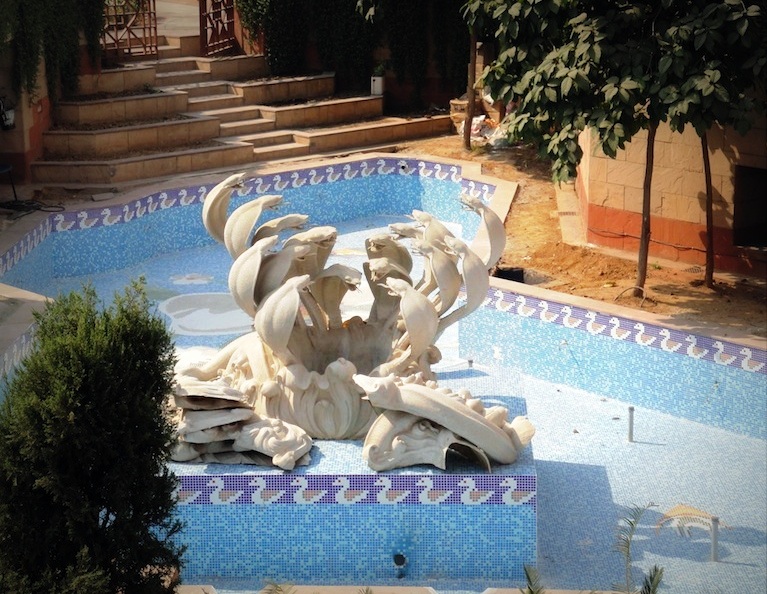 Making our way to the temple amidst a herd of school kids, we managed to sneak in and find an empty spot near the main deity area. There was a group chanting and singing, and another group of people sitting on the right side grooving to the music, well, some of them seemed to be in a trance of sorts. The ceiling had some interesting light fixtures and paintings from Krishna’s life. Beyond that were the shrines and the prayer area. The 1st shrine we noticed belonged to Krishna & Radha, on the other side was Rama Sita Lakshmana and Hanuman. We stood around waiting for the aarthi to be done, and then did a quick stroll through the Krishna Museum, the circle around the main shrine. It had paintings of Lord Krishna with Radha, with his consorts, and various other images as well. 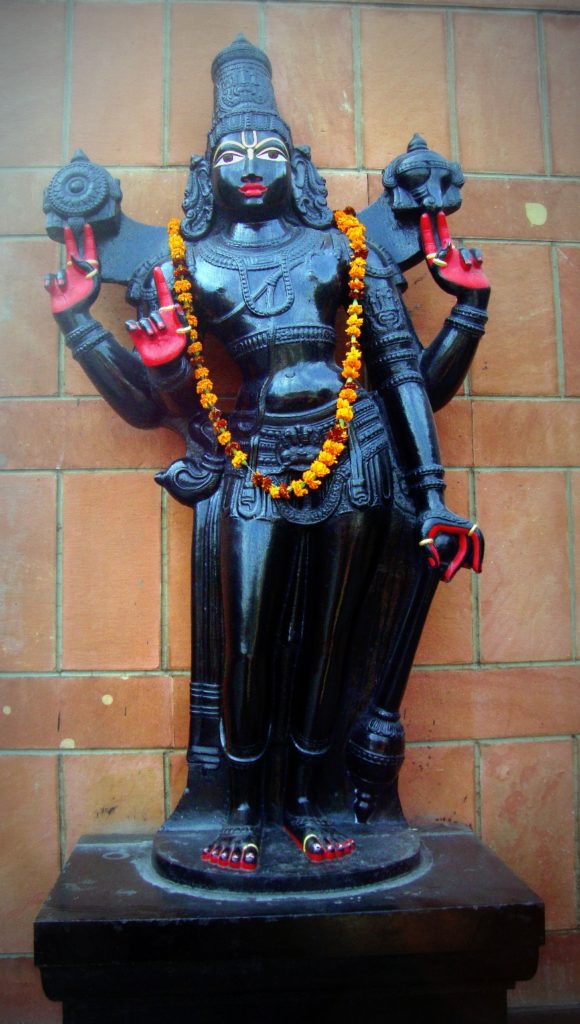 Saying a quick prayer we headed out, received prashad [tasted like flavoured yoghurt+jaggery], explored the place a bit before leaving. Like all ISCKONs and Krishna temples, the place had a book store with the big heavy books, there was also a Govinda- pure veg restaurant near the entry/exit and a giant structure of Lord Krishna in black on either side of the entrance arch. I liked the place, only wish it had been less crowded. Suddenly “Theeratha vilayattu pillai” song popped in my head, I could feel a smile sneaking in, bringing back memories of days when granpa used to sing that song…
Address:
Hare Krishna Hill,
Sant Nagar Main Road,
East of Kailash.
Contact no. : 011-26235133,4,5,6,7 / 011-26288816
E-mail : iskconpb@pamho.net