This was turning out to be quite an interesting Saturday. After a few hours on the Mylapore Food walk, we decided to head over towards Kotturpuram to meet the regulars at Kalakkal Cafe. 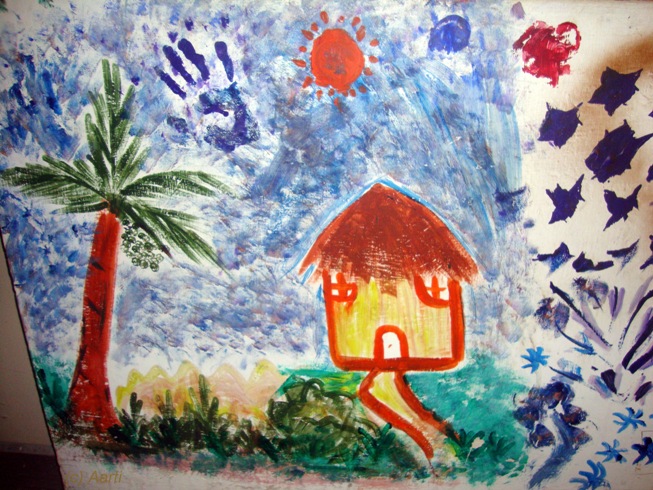 An initiative byVidya Sagar, the campus is actually a school for children with special needs, and this café is a space for those with various disabilities to come and hang out. The place is open from 4.30 to 6.30pm two saturdays in a  month. There are ramps for those on wheelchairs, mugs with handles/sippers, and simple food that suits vairous palates. I have been wanting to come here for months, but everytime i plan, the plan falls through and finally saturday i was glad to have made it.  Anuradha Shankaran [Anu Akka as they all her] is the coordinator of this Cafe. As i walked into the cafe, the poster on the wall caught my eye. It had a painted image of a tea jar with the title “Diversitea?”- Just one word to encapsulate the spirit of the place. There were few other paintings that were up on the notice board, each one speaking volumes about how smart/talented/deserving each and every individual who came there was. The food in the stall just outside the cafe offers snacks [bun, samosa] from Winners Bakery at
subsidised rates, and they also offer drinks such as Tea, coffee, hot chocolate and so on. 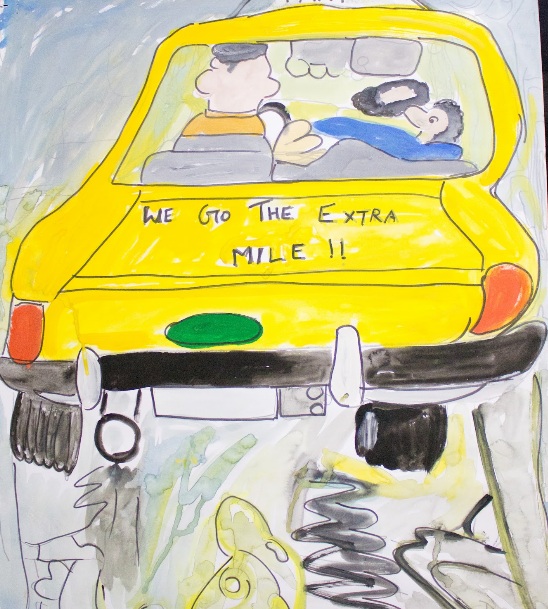 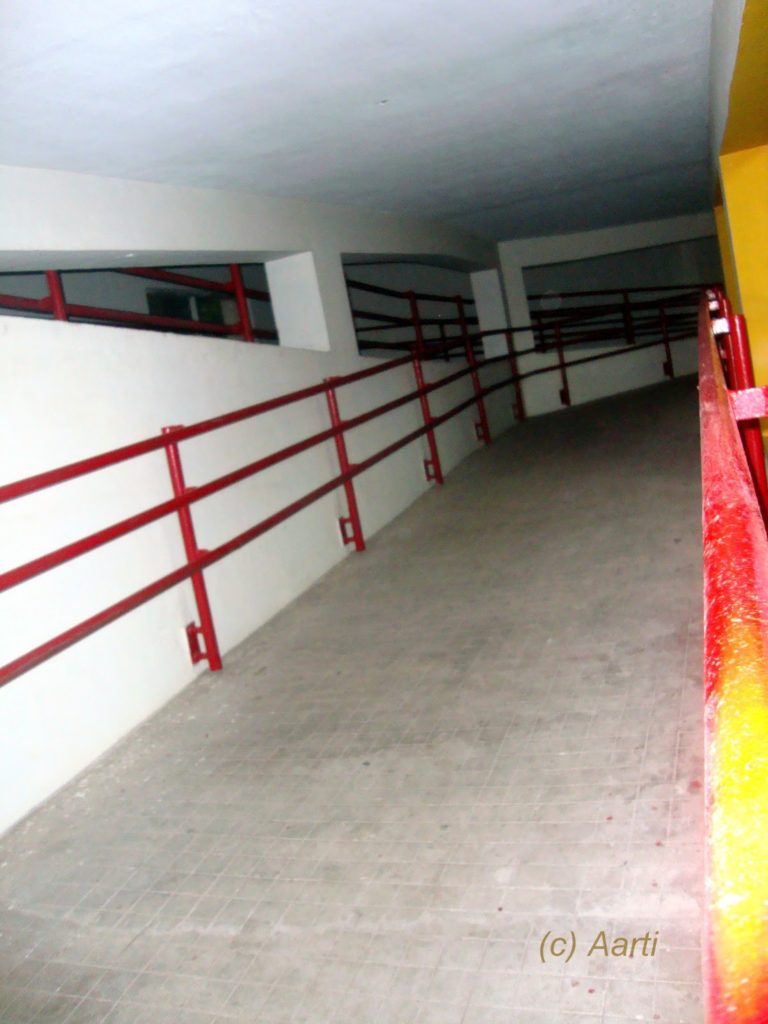 We had a cup of hot chocolate and split a few samosas/buns between us. They were very good.

On Saturday, there were a few already at the cafe by the time we reached. Apparently, most have a fixed auto wala who drops them off and comes bacck at 6.30 to pick them up. Only 2 of them had come with their dad, others on their own.

Ummul Khair
has finished her law course and now works with a law firm. She is into general law. She was the most independent of the lot.

Karthik Chandrashekar who runs a book lending called Sri Chakra Lending Library  in West mambalam and a sense of humour that would put the leading comedians to shame. When i asked him on what book he was reading now, he instantly replied ” These days am reading only Facebook”. If you want to pick up books, donate books, please do so at his library that is open through the week. 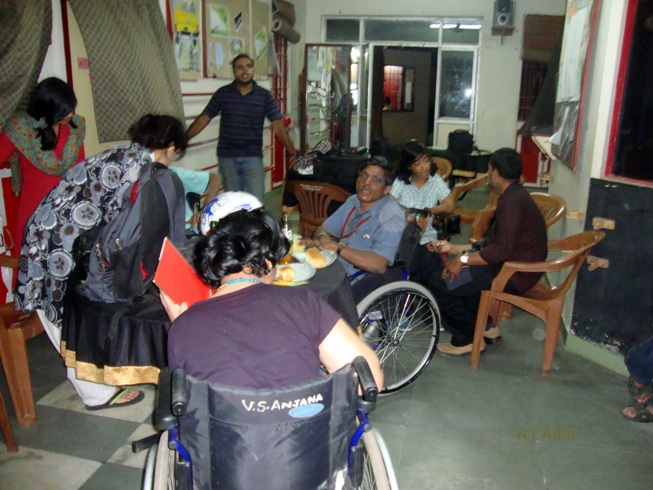 Anjana, who’s completed undergrad and battling with a few personal issues. She kept saying she wants to go to Kanpur to meet a lady who she’d met here earlier. And wanted us to give her info on trains and timings.
Janakiraman- He is one of those who cant speak, he uses a board that has alphabets, numbers, and months and he points to the letters forming words…
Santhosh- He was the last to arrive, pulled in by his dad. He kept asking for snacks and his dad kept telling him “no, you just had something at home”  He had a diary and insisted we all fill in our email and facebook id in it.
I heard a dog barking and followed the noise to find a cutie pie in a small room of sorts. He was a basset hound that kept barking at me. The security said his name was Mani.. Such a cutie pie… 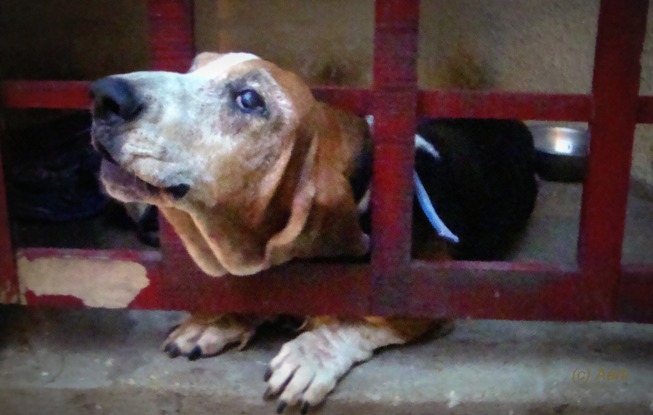 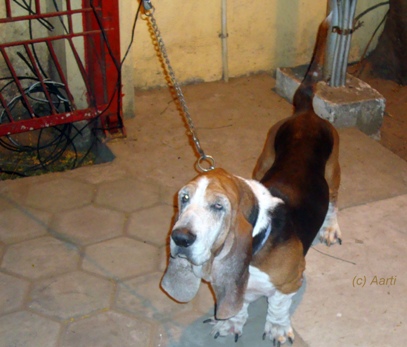 There are a few others, but they werent present on Saturday. Even though these are specially abled people, they are all so talented and smart, that i wish the society gives them more opportunities and allows them to spread their wings further…. They are all familiar with Facebook and were so keen on adding us all in and staying connected. You can also read about them on friend’s blogs–  karthik and Deepa ..
No 1 Vidya Sagar Formerly The Spastics Society Of India, Near Anna University, Ranjit Road, Kotturpuram, Chennai – 600085.
Ph-044 22354784,22354785

They are open on 2nd and 4th Saturdays of every month. Do visit, and do what you can.. It need
not be monetary, just spending some time with them… thats all they want!!