An evening with the Lord

A failed attempt the last time around had me on High Alert. I was at Landmark by 6 pm for an event scheduled for 7 pm. Yes Yes I know I was early, but heck, the event was in a book store. So, what is the harm in being there early? Yes, of course I read.

Why was I in Landmark in the 1st place? To meet the Lord ofcourse.
Who Lord? Lord Jeffrey Archer… D’oh!!
<silence> Yes, that was it. 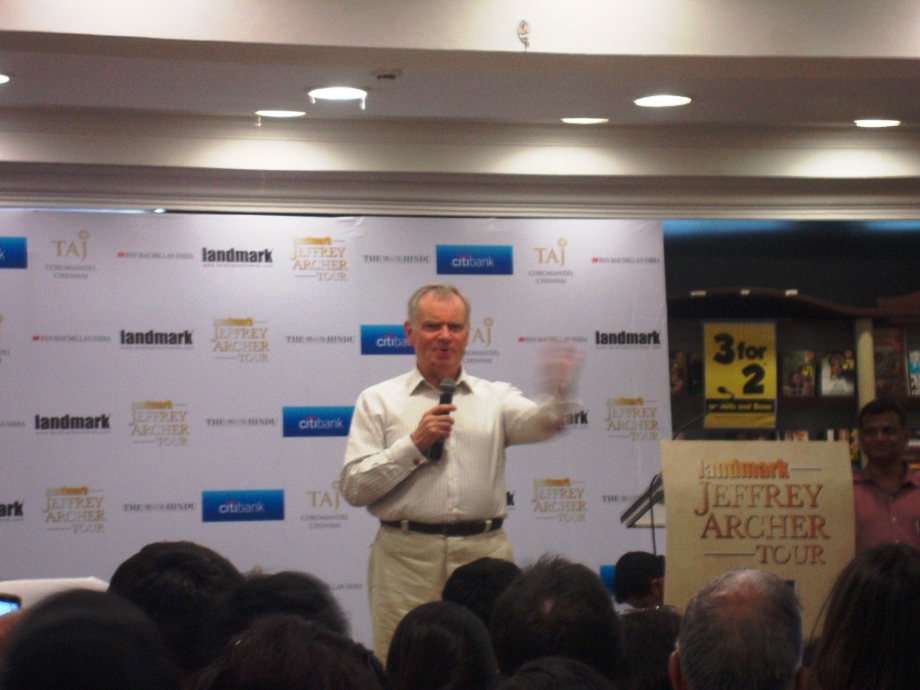 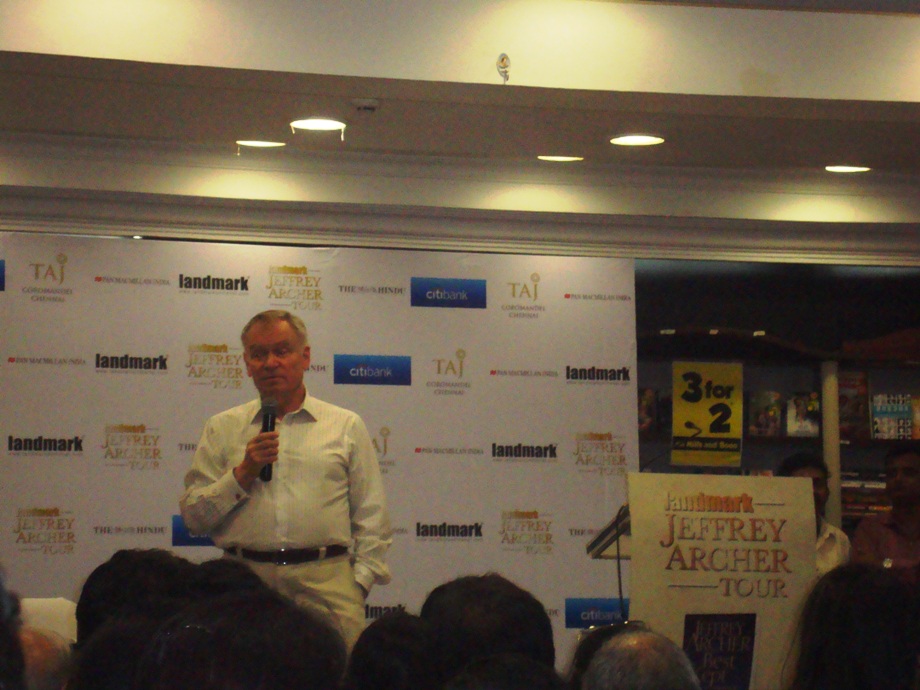 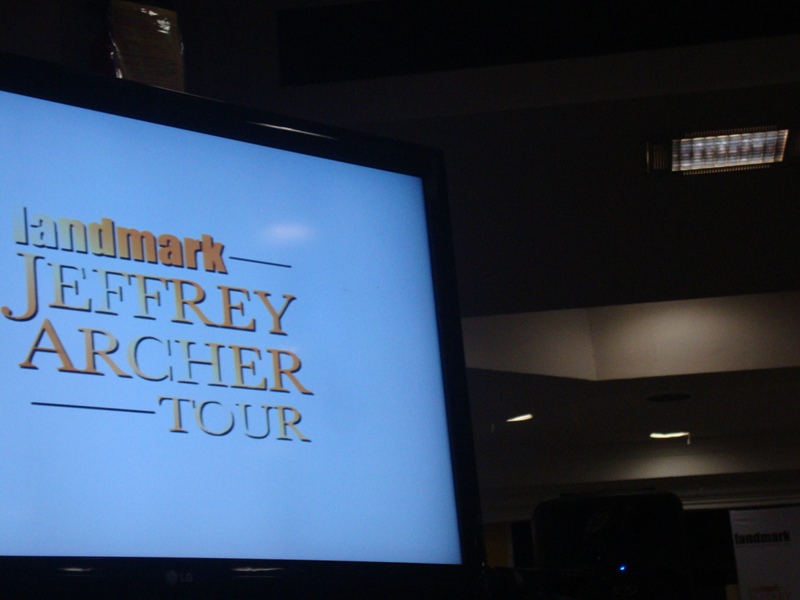 A man in his 70s, the amount of energy, enthusiasm and zeal was just amazing.  He shared with us the 1st ever story he had written, which had to be 100 words only. He read it out, asked us to guess which was that one extra word he added while he was struggling to push the 99 to 100. Thereon, the evening was filled with laughter, enthrallment and fun… 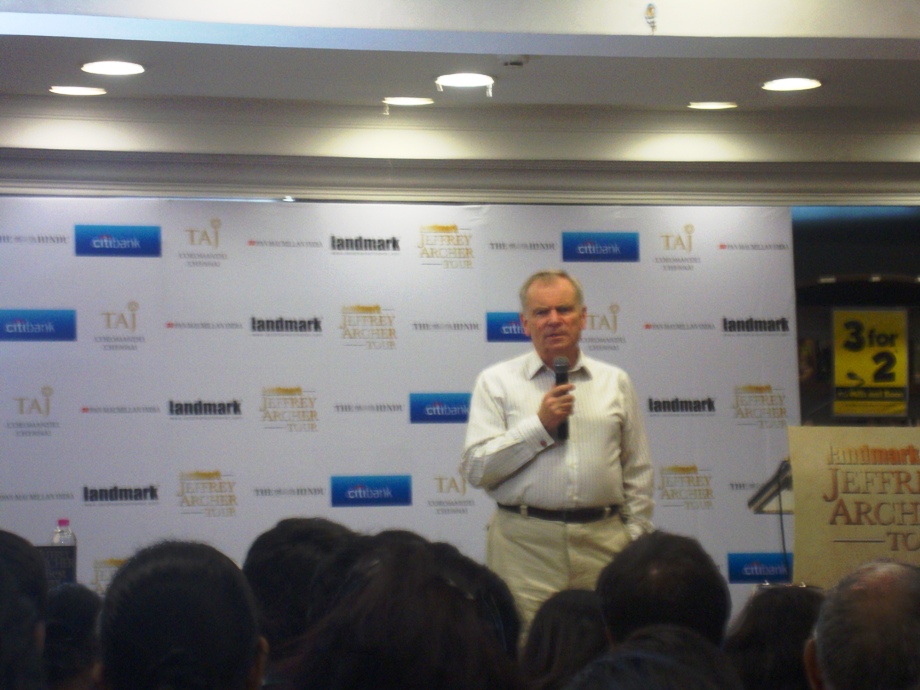 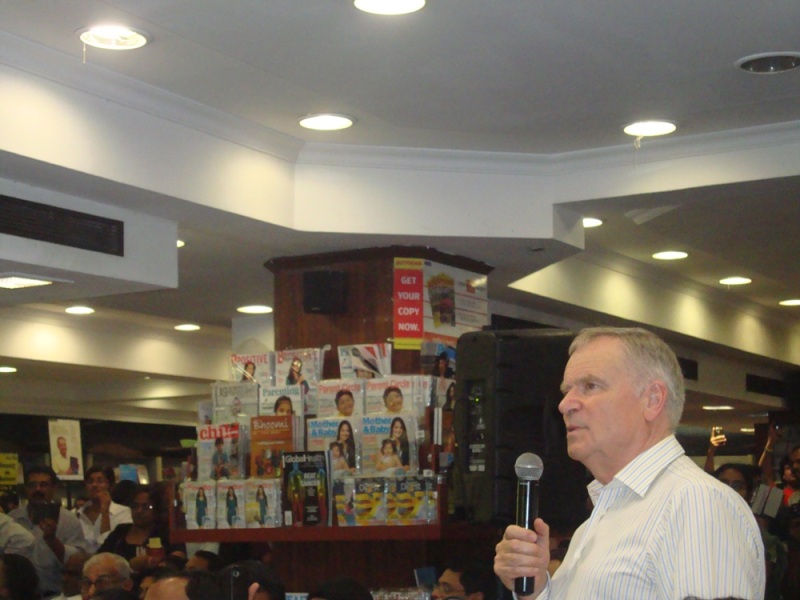 He then went on to speak about The Clifton chronicles, the plan he had and how it looks like it is going to go beyond 4 books spilling over to a 6th maybe.. “Only Time Will Tell” is the first where Harry Clifton’s life begins in 1920, and then came the 2nd book “Sins of the Father” that begins from the time before Britain declares war on Germany. And now, here comes the 3rd…. 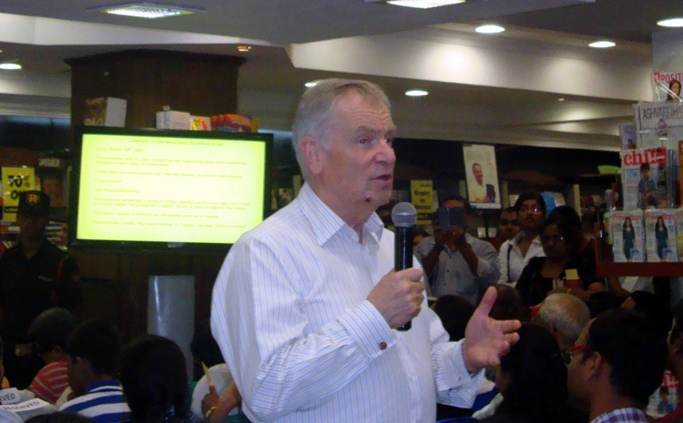 He spoke about how in Bangalore, a 12yr old girl had stumped him. She had a book published already. He mentioned how at the age of 34 was when his 1st book got published. In Chennai, a girl who asked him a question shared that she had recently published a book, and she was all of 22 yrs of age. He shared with us how tough it is to get published, how to sustain and how to write so as to keep the audience engaged.
During the Q&A session, there were so many of us with our hands raised, alas only a few got the chance to ask their questions. One of the questions put forth was – Will you ever write a book on India? For which he promptly replied “oh no, I am very scared, India overwhelms me”
Before closing the session, when asked about his personal favorite and most popular of his books, he shared that Kane & Abel was in its 94th print. 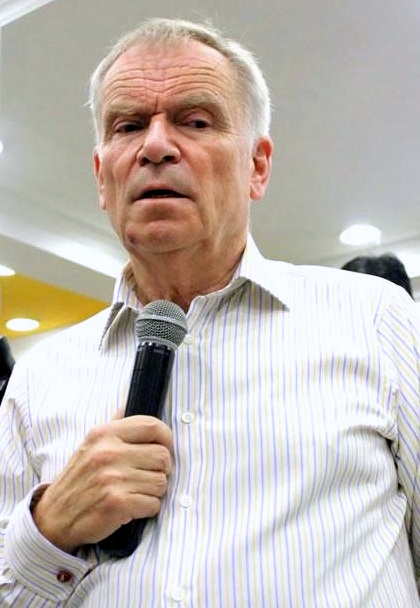 When he was done talking and it had been over an hour, he announced that he would now be signing copies of the books. He took on a stern look and said “look her children, I want you all to come in line, behave and get the book signed. I shall sign each and every one, but only 2 per person and no personal requests”… :-)) 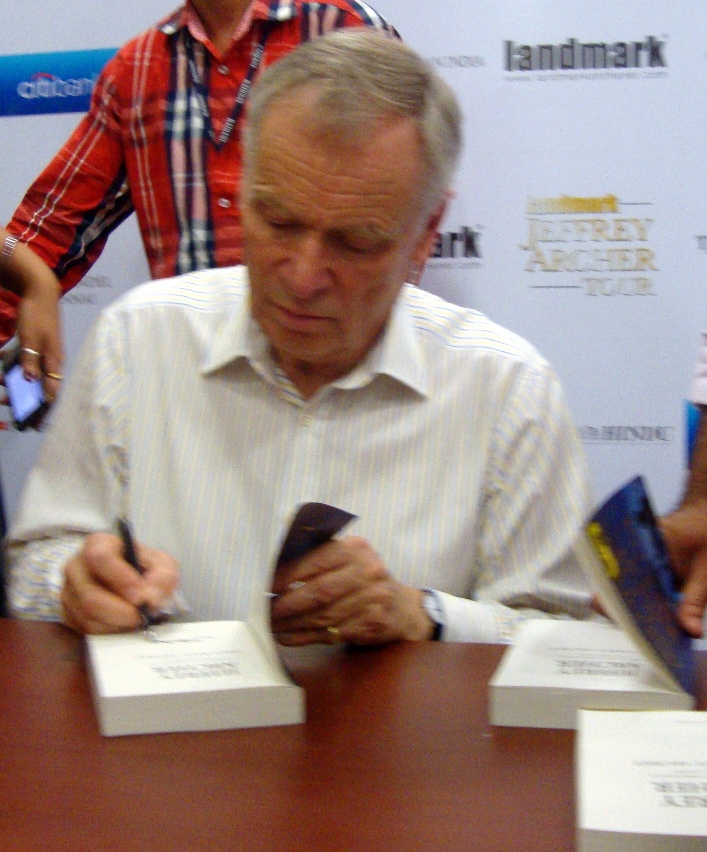 Yes, I did get a copy, actually 2 copies autographed by the Lord. One for me and other for a friend, dint mind that I had to stand in line for nearly 45mins.. ~!!