A cookout with a difference at Dario’s

I for one began cooking, or atleast entering the kitchen quite early. Mom & Gramma used to say – at the age of 3 I was making dosas and thus began my love for cooking. I began full fledged cooking in 10th or 11th Std, mainly making my own lunch and weekends/holidays would experiment.  But then today, when I see kids all around me, they not only know how to cook [a few select dishes] but are quite proficient in rattling out the most complicated names of dishes. Blame it on TV? No blame, it is a good thing~!

After watching Masterchef Australia Juniors edition, I was all set to be blown away by kids from Chennai. And they indeed did just that. I was amazed at the amount of exposure and knowledge these kids had, especially since most of them were between 8-12yrs of age. 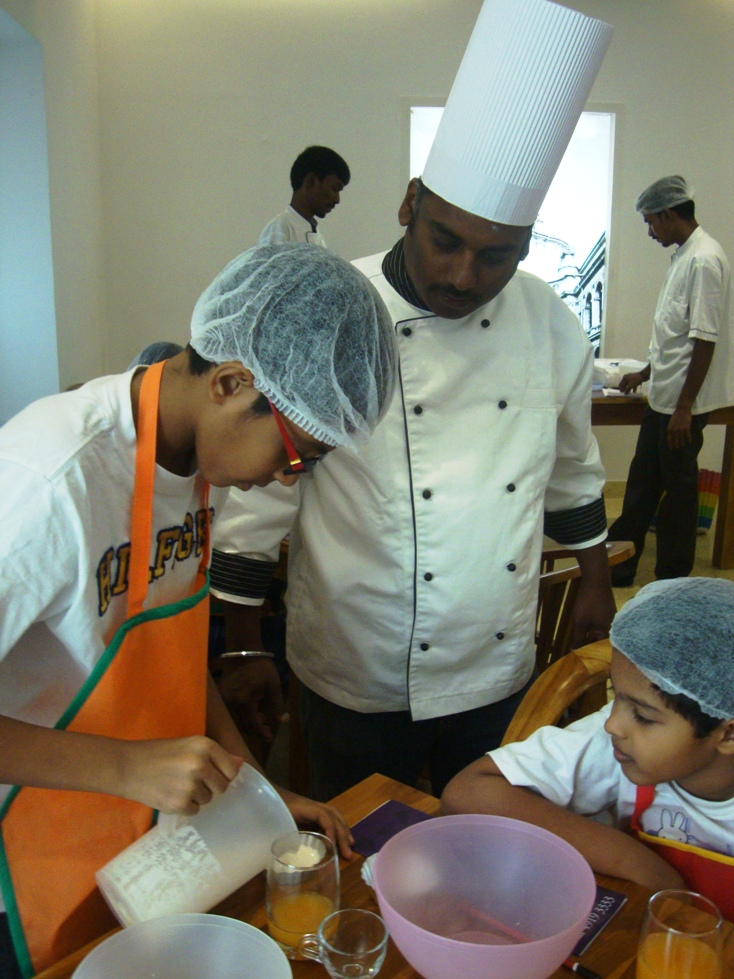 The Kids cookout is a summer workshop from Dario’s restaurant, spanning across 5 days. Parents had the option of signing their kids for the entire course, or pick a session and sign them in just for that. In all there were about 12-15kids in the session I attended on Monday. It was all about Desserts. The Dario’s Chef and Anusha were holding fort and making sure the kids got some learning out of the sessions. There were a few, tiny ones that were lost in their own world, and while it was cute to watch, they did manage to distract the others… Kids will be kids, right?! 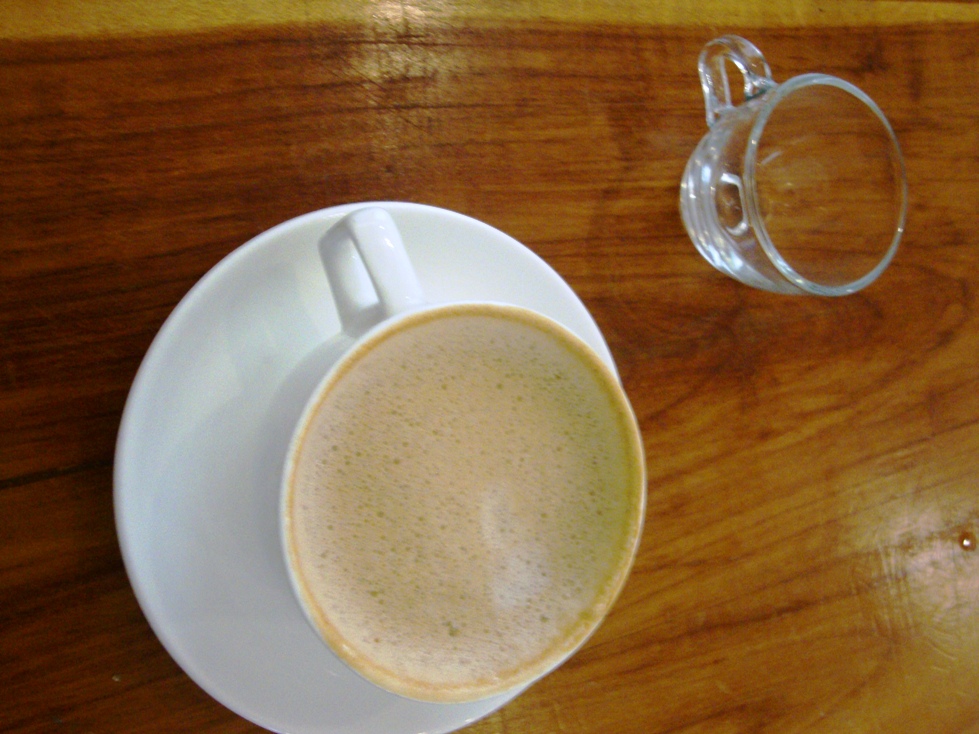 I have been seeing, eating Tiramisu and Pannacotta maybe over the past 2years, prior to which I had no clues what they were, leave alone how they were made. So, watching the chef whip up the 2 desserts while the kids worked parallely was quite a sight.

Anyways, the 1st dessert that Chef was prepping for was Panna cotta- with each step explained in detail, the kids then got a chance to pour the hot milky liquid into the little moulds they had before it was whisked away to be chilled.  Not giving them time to break out into a frenzy, the Chef moved on to the next one. Aptly called “pick me up” Tiramisu is quite a delicious dessert. But unlike in other restaurants, Dario’s being completely vegetarian, the Chef was teaching the eggless version. 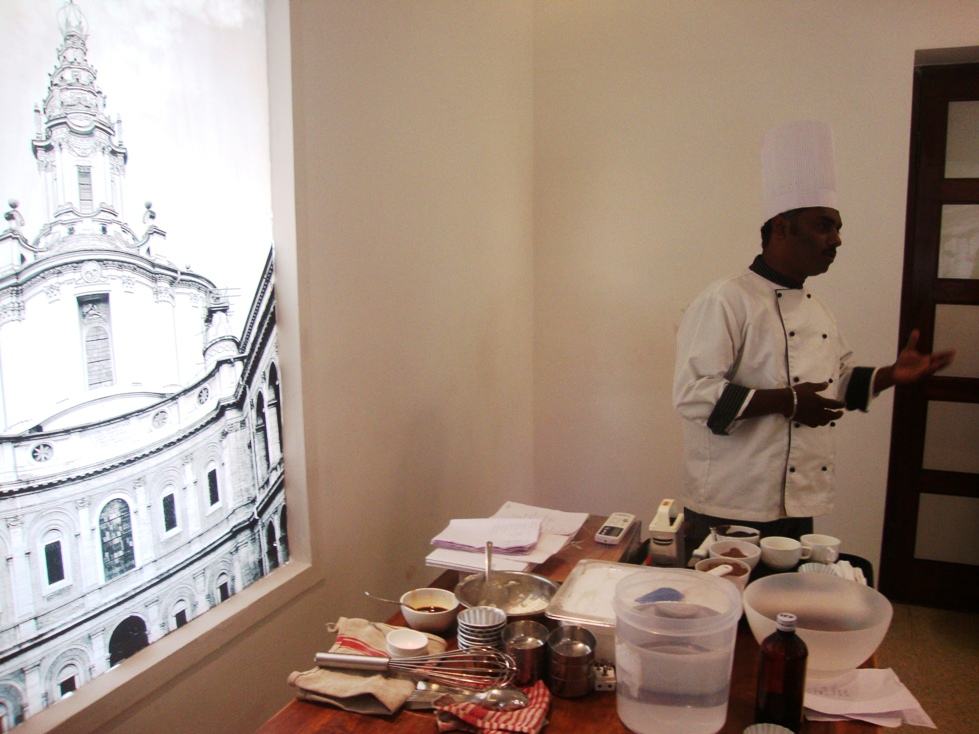 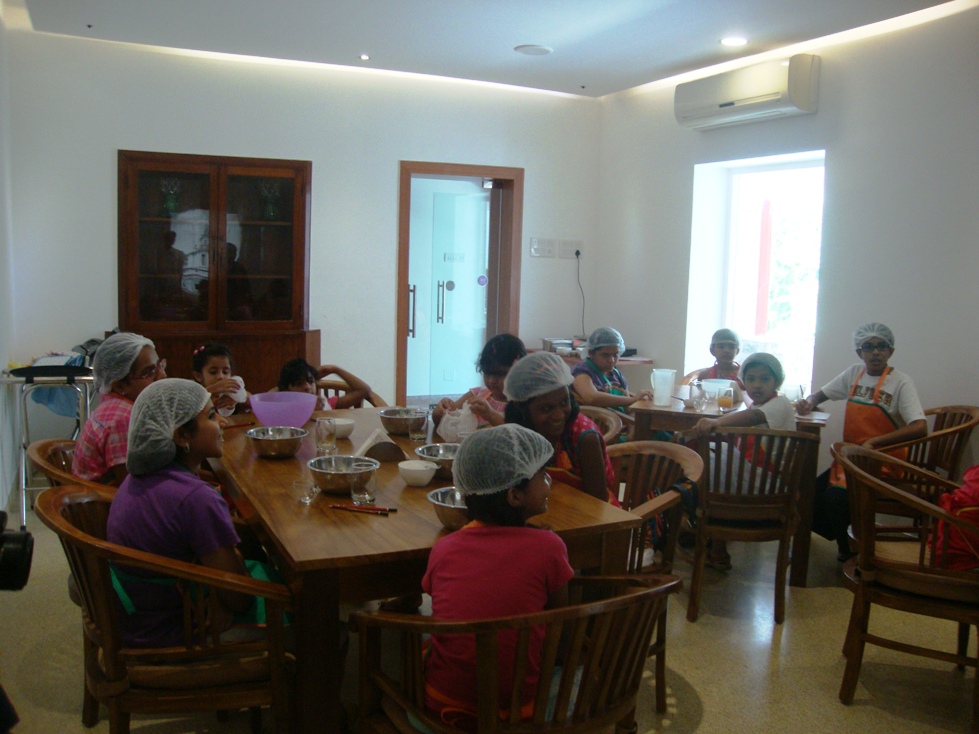 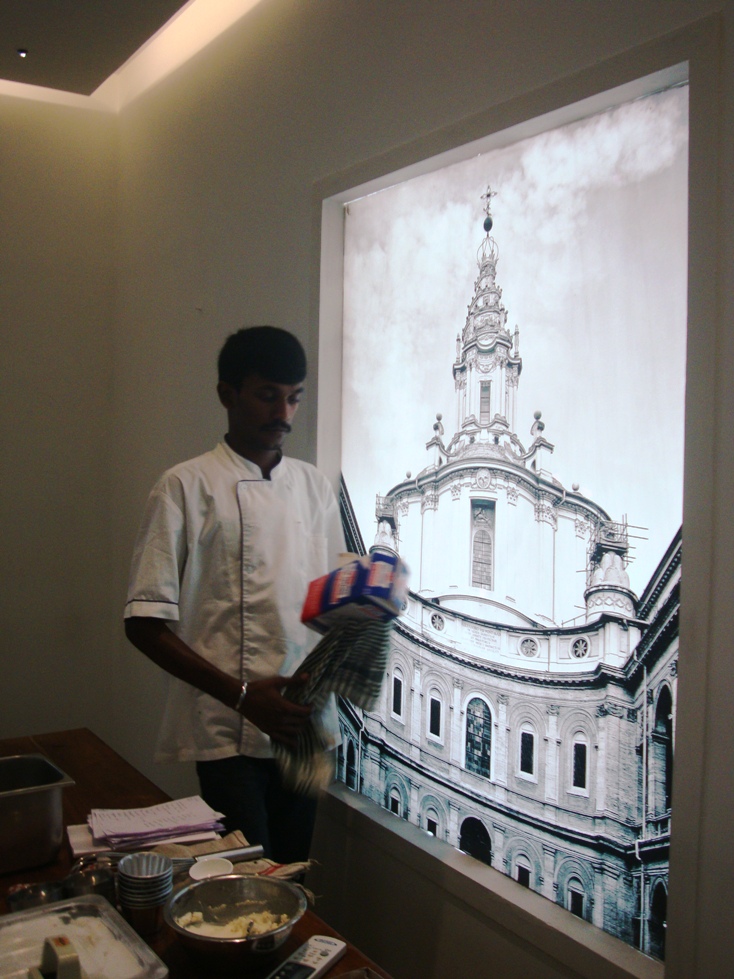 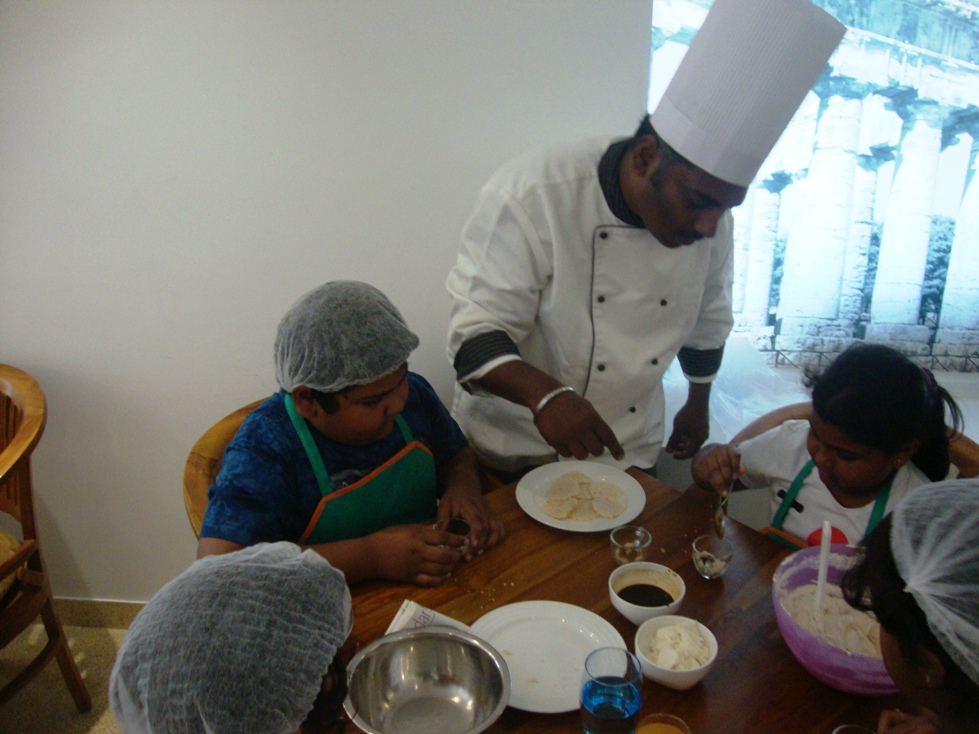 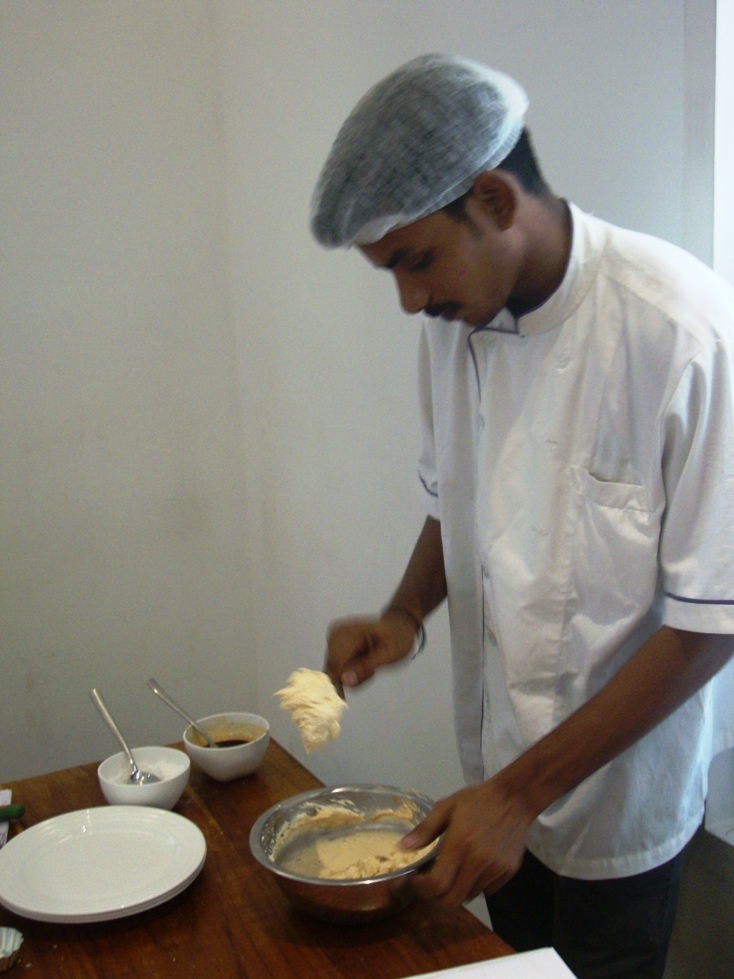 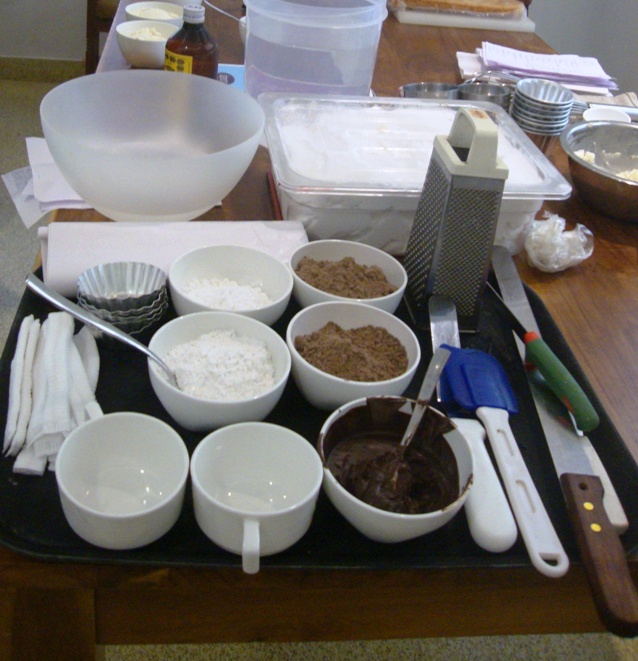 While Anusha got the kids all excited in guessing what went into Fresh Cream, we were dazzled by the kids when one commented “we can make mascarpone cheese at home, right?” and another asked “where is it available in Chennai?” and one more said “I am going to make this at home one day”. Kids do know a lot. It was quite insightful listening to the various explanations of the ingredients, being shown the product, the whisking of the cream to a stiff peak and following the entire process. I was amazed at how engrossed the kids were, they sat patiently waiting their turn, no screaming, no throwing tantrums. And once completed, some stylishly pulled out an iPhone 5 or the Samsung Galaxy note and clicked a picture of their creation~! 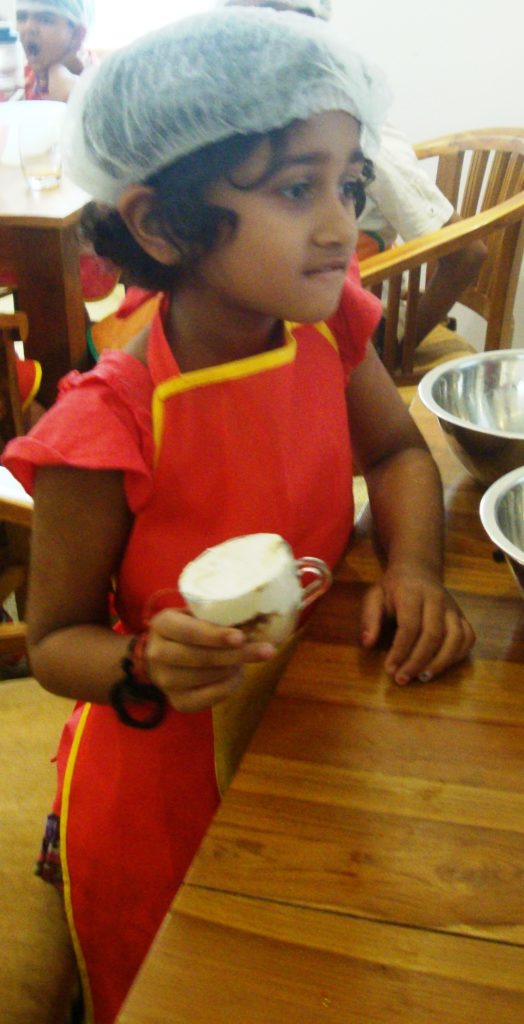 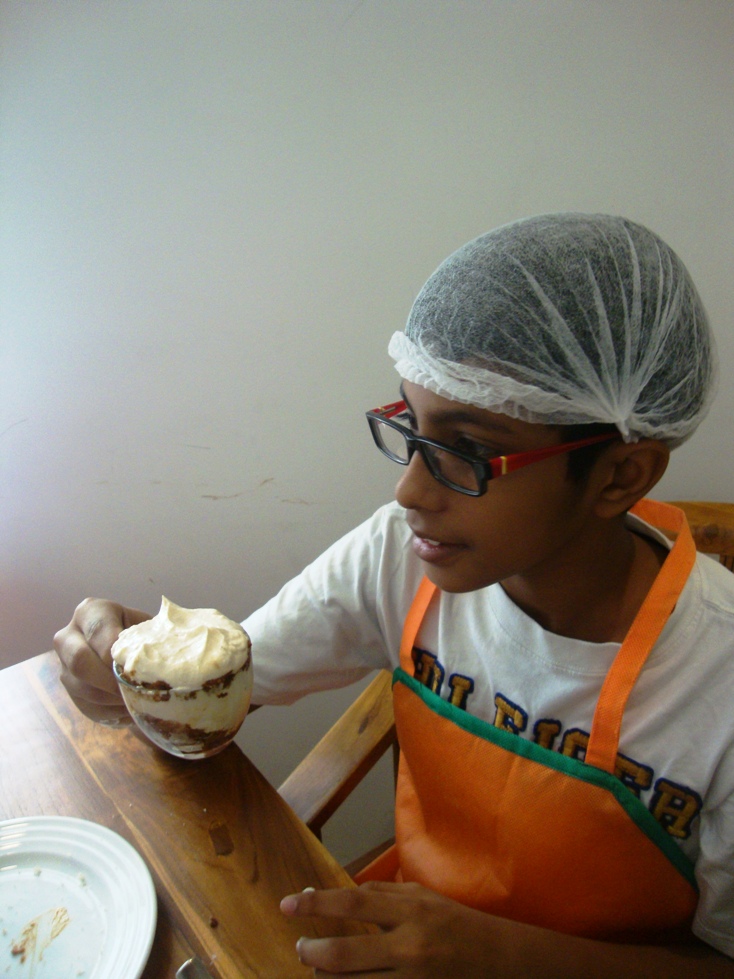 As we made our way down the stairs and headed out of the restaurant, I wondered what was in store the remaining 3 days. There was also a small twinge of jealousy , I wished  I had been born in this day and age when there were so many opportunities and exciting activities.

So, if you are interested, 2 more days remain. Sign up now and let your kid come home with some interesting recipes or inputs on dishes that you have loved.

Dario’s is a Pure vegetarian restaurant, you can read my view of the place here