Contrary to popular belief, veg food is quite yummy. Dont believe me? ask some of my friends who are staunch non veggies but have been enjoying the veg fare at the new line of restaurants in town. Yep, right from the horse’s mouth you see. Next time I drag you to a veg joint, think twice before making a comment.. I just might let you starve while I devour some of the yumm fare. Where is this convo headed? Well, am all set to brag about one more Veg restaurant. Not new, infact they have been creating waves for quite a few years, in Chennai & Bangalore.

Infact, if you’ve been in Anna Nagar, or driven down the main road, you will have spotted the giant red building. That was where Sukh Sagar was. but now, they have a new address, they are on Harley’s Road, Kilpauk. Woohoo, close by home, walking distance!

Renowned for their veg fare and chaat, I was looking forward to this visit. As you walk in, there is an open floor with a kitchen on the side for the early morning hunger pangs or chaat kicks. And then you find a small stairway tucked away leading to the Fine Dining area on the 1st floor, and a floor above houses the Banquet hall.


By the time I got to the hall, most of them troops were already there. Found a seat beside Vinay & Vishnu, the men who own the place. The evening began with a glass of chilled watermelon juice. We were told we could order what we wanted and eventually sample the main dishes. 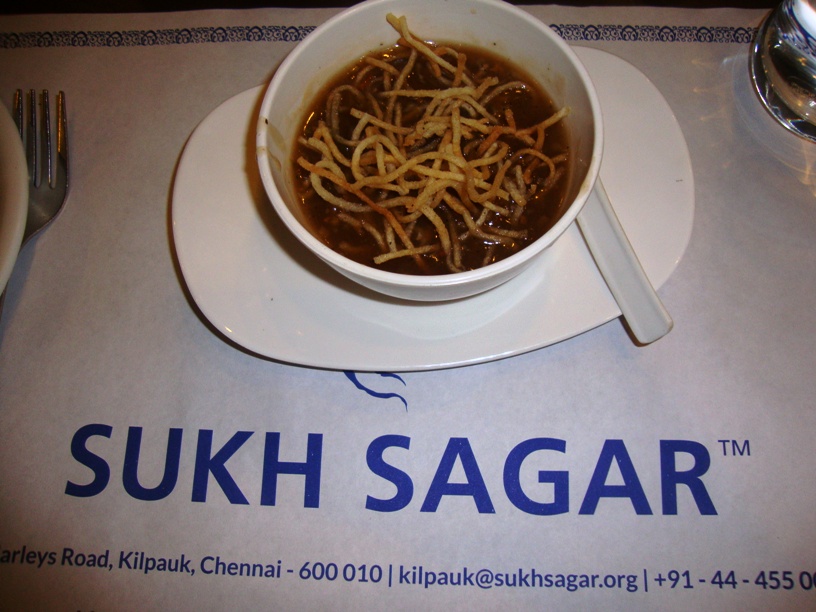 I opted for the Veg Manchow soup, it was good, the crispy noodles on top added to the texture. What happened after the soup is a big mystery. There were plates of food that just kept arriving at the table – a wide array of starters, here goes the list [ almost reminds me of the  lyrics to We Dint start the fire by Billy Joel] lemme see if i can remember ’em all  —

Tandoori starters: Corn sheekh kebab – Small pieces of moist Kebab served alongside Mint chutney followed by the Channa se bhara khumb – These were interesting- two mushrooms stuffed with Channa flour and cooked over the tandoor. there was something sweet about this starter. I liked it, maybe cos i love mushrooms and finally the Achari Paneer tikka– amazingly soft paneer marinated with spices and cooked to perfection.

Next up were the Chinese starters- – Veg Crispy  and Paneer Chilli- Both were good, except I couldnt tell the veggies apart in the veg crispy. Enjoyed the paneer chilli starter. 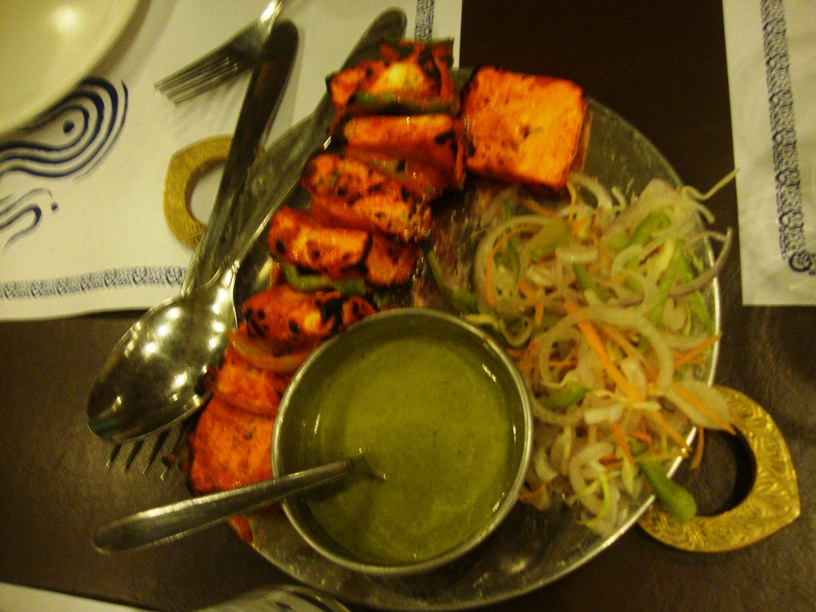 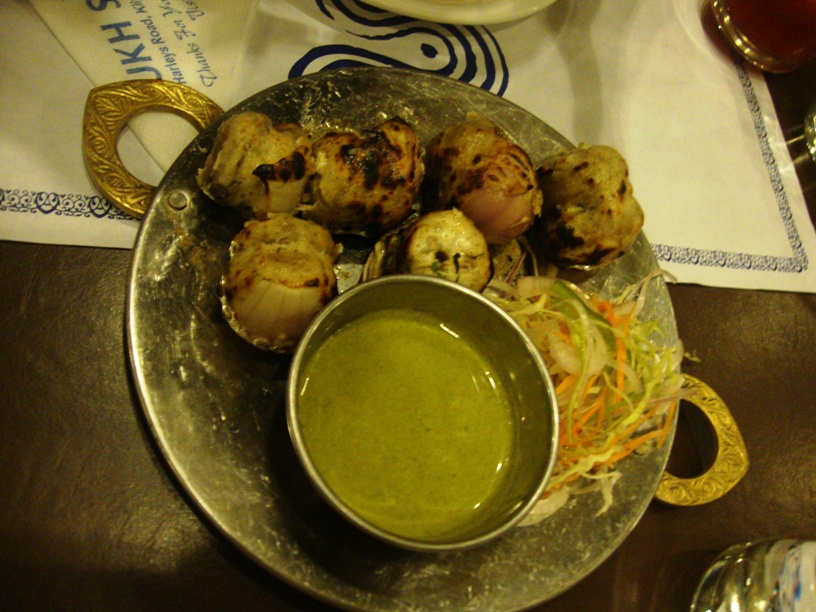 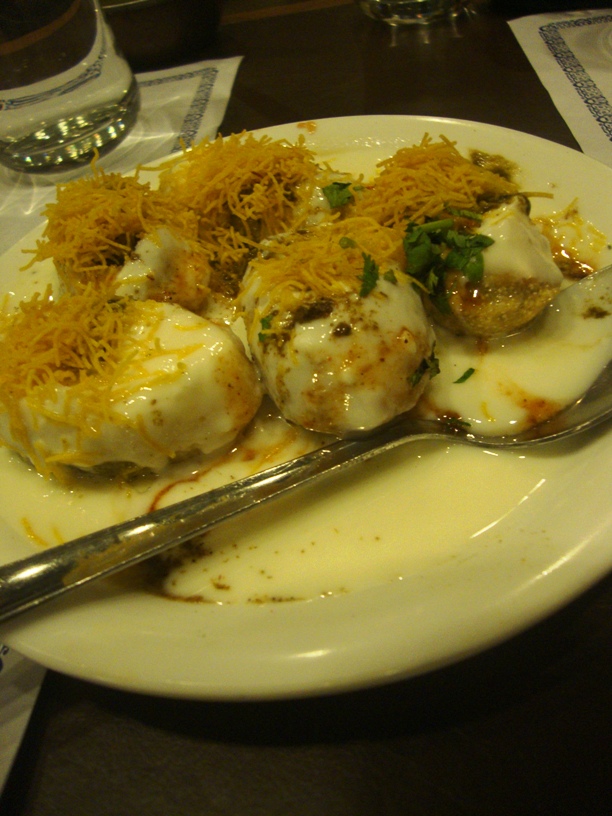 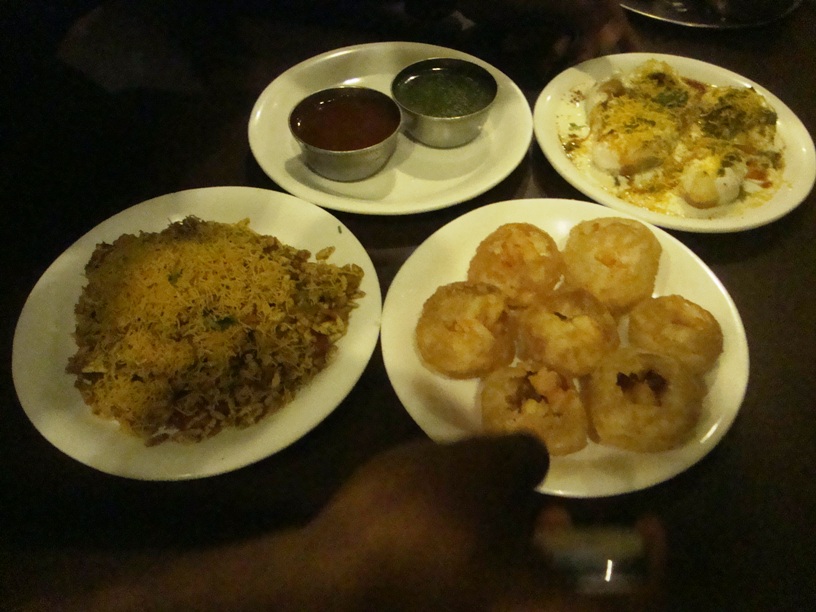 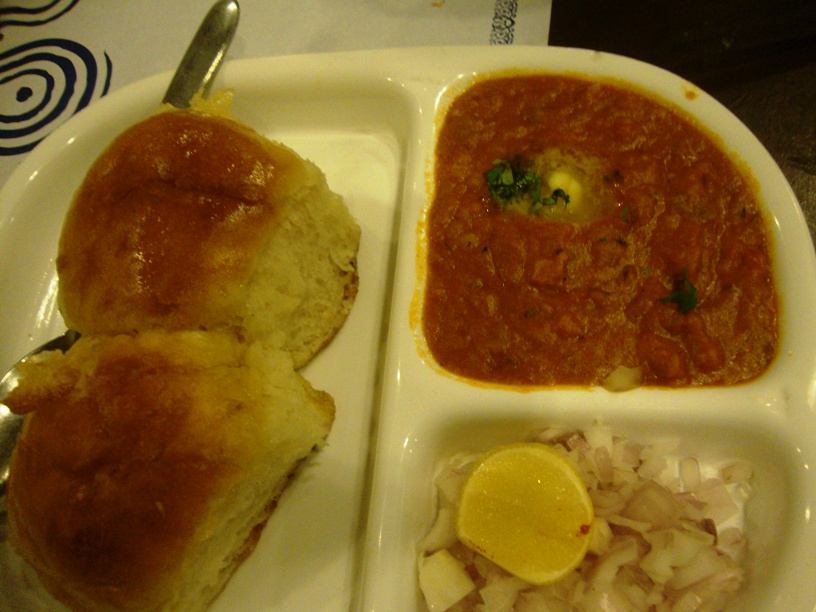 Phew, that was a lot of food. Oh wait, we were far from done. Next up were the Chaat items, started with
fresh Dahi Puri, we then got to sample the Pani puri and finally the Bhel puri. The chaat were all good, except I felt the Bhel was slightly soggy and not as crispy as I am used to.


During the course of the evening, we spoke about quite a variety of topics, ranging from food to travelling to making sudden plans to drive out to Pondy that very night [ya right, I think somewhere all of us knew that wasnt going to happen, but that did not stop us from planning, plotting] 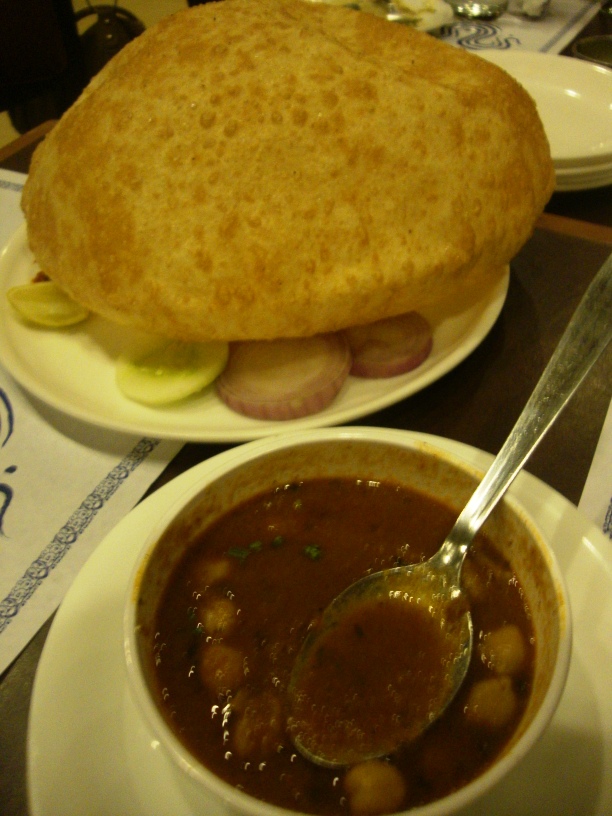 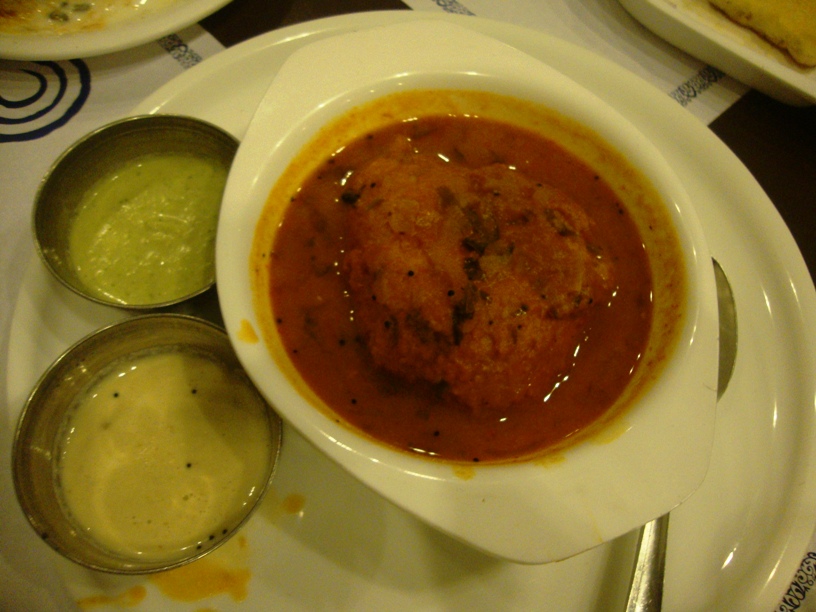 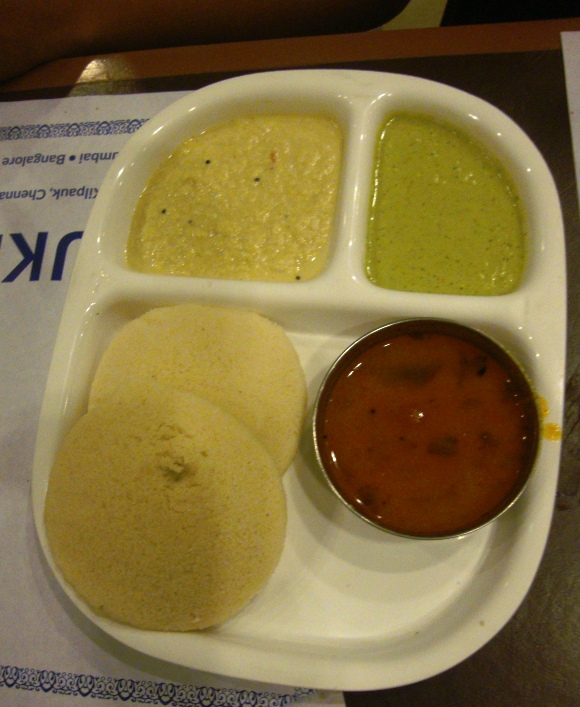 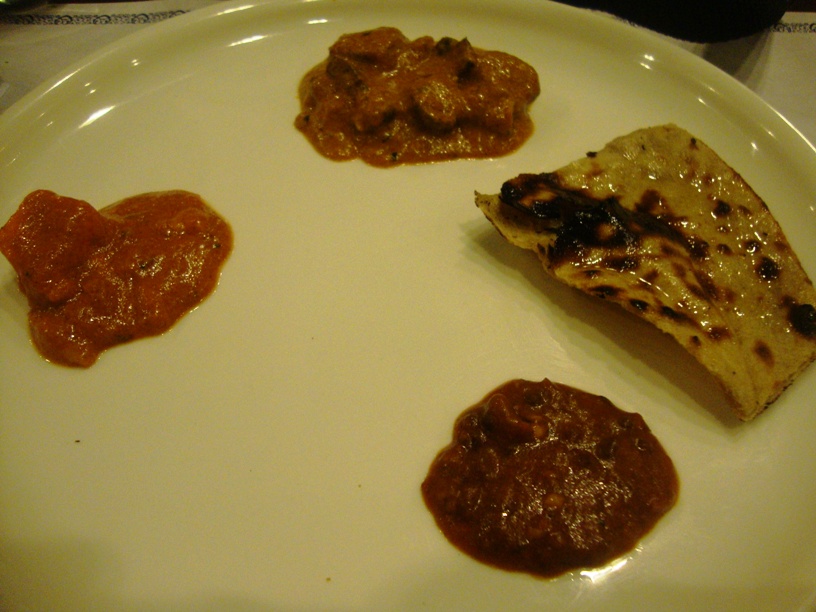 While we were busy, the staff brought out plates of South Indian eats, starting with the Idli [which I steered clear off cos I need immense motivation to eat it], but the Sambhar vada, Oh gosh, I loved it. yep! Just as I put my spoon down, a plate with a veg sandwich popped in front of me. The caramalised onions added a nice touch, and the crispy grilled layer was a pleasant surprise.


Just when we thought “yayy, we are done” Vinay came over to tell us the main course was on its way. Jeez. We requested him to just send out teeny tiny portions and he obliged. We tried the Roti, Dal makhani, paneer butter masala and Mushroom masala. The dishes were all good, each with a unique flavour.


Burp.. oops, pardon me! Oh no, I saw a spoonful of Vegetable Biryani land on my plate and was ready to bolt. Luckily it was a tiny mouthful and was quite nice. There was also the Pav Bhaji and Chola Batura which I passed up on [if I wanted to retain my sanity..lol] 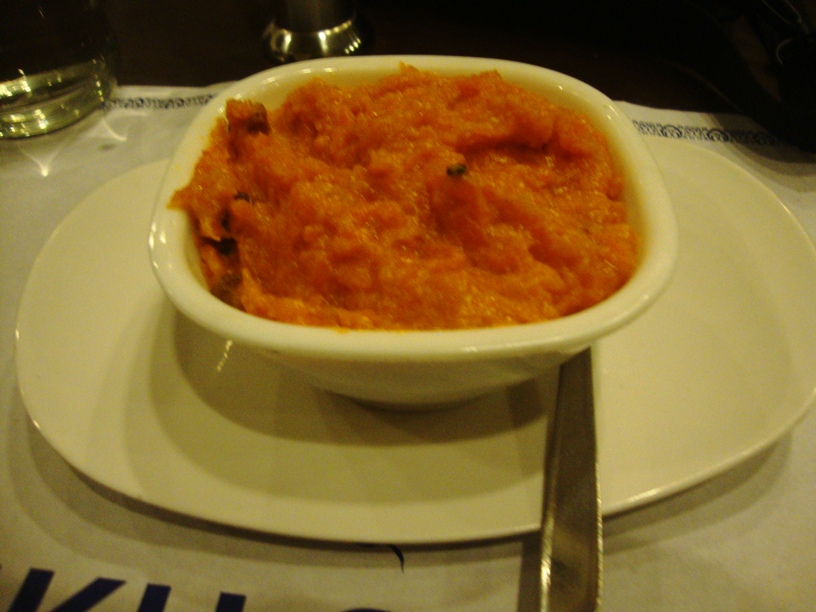 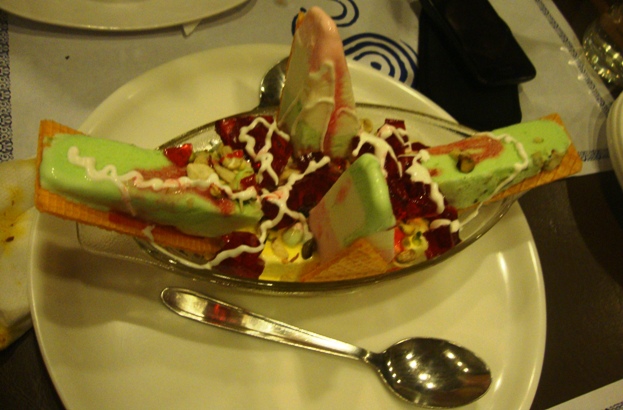 Bring out the drums and trumpets… it was time for the desserts and that meant we were done… yipee!! We each ordered a different dessert so we could sample them, and it worked out just fine. I chose the Gajar Ka Halwa, while others opted for the Gulab jamun, some chose different ice creams- Gadbad, sukh sagar special, choco nut sundae, kulfi  and Falooda.. Not sure if there were others..

To bring the evening to a close, couple of us ordered Filter Kaapi and it was A class.. The conversation about Pondy had by then wound down, we were talking a drive to marina beach and finally ended up heading home.. lol..

Before i forget, next time you are hungry and in & around Kilpauk, head straight to Sukh Sagar… Reasonably priced, fresh & yumm food   🙂 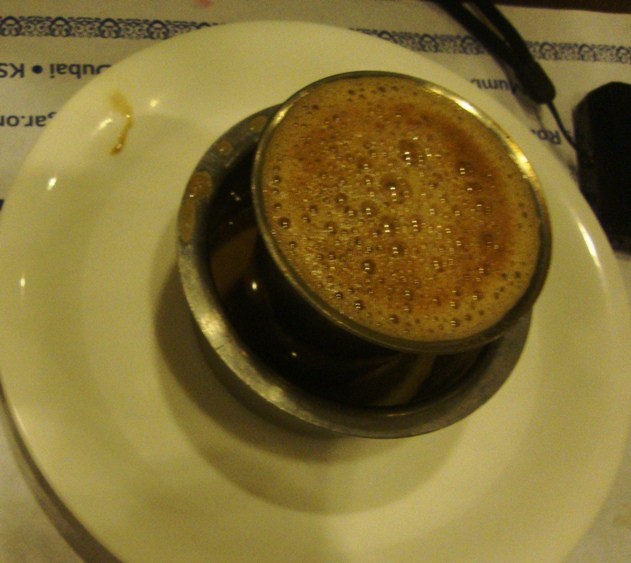 The reviews posted on this blog are based on my personal experience. Also remember that restaurants and eat outs sometimes change with time, so does their food and service. So, kindly consider these factors while visiting the places. Remember, no two palates are the same. Bon Appétit  🙂