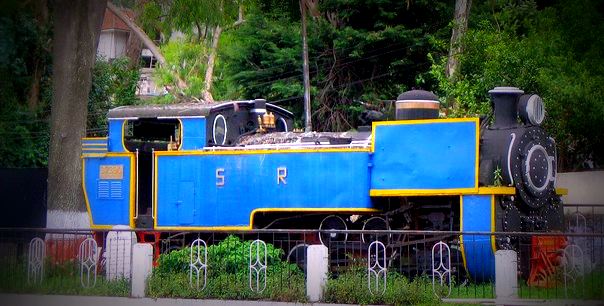 A steam engine takes place of honour outside the Coonoor station after having given years of service to the railways. 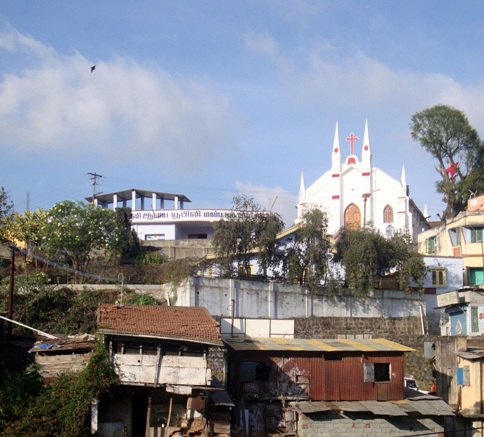 A church i spotted while waiting at Coonoor station 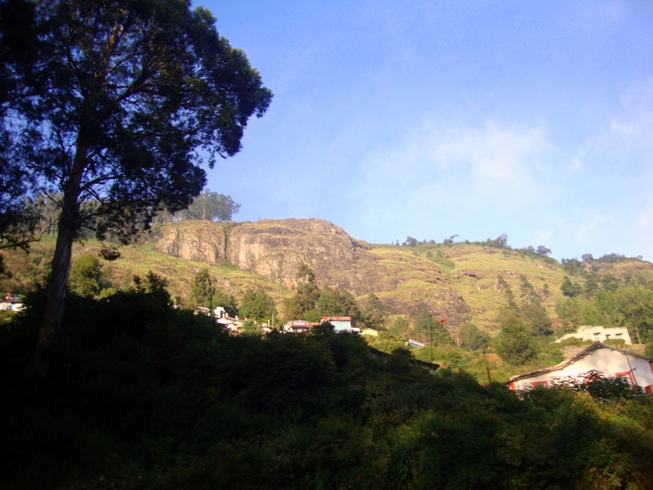 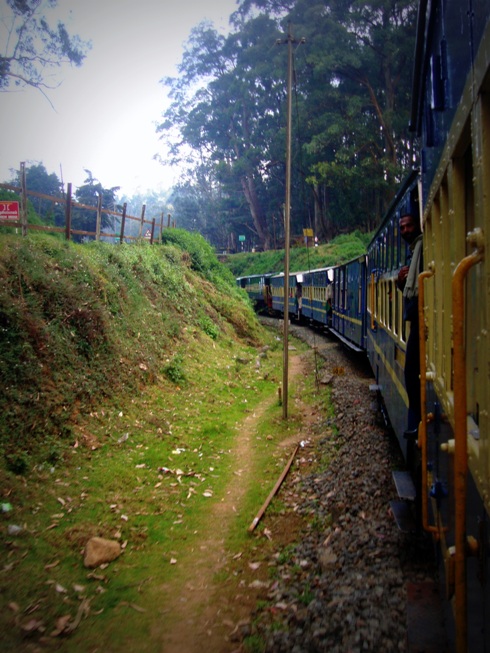 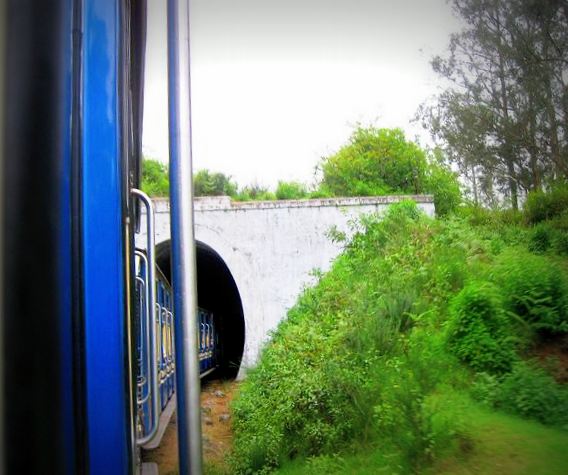 After a good 4 hours walking around Coonoor, we were making our way towards the exit at Sim’s Park when my friend was telling her daughter about the Toy Train. Kiddo looked up at us and said with all innocence “but how will you all fit into it, how will you come to Ooty?”.We laughed and then explained to her that though it was called the Toy Train, it was for people of all ages and sizes…
It was my last day there in Ooty and my friend’s husband suggested we explore Coonoor and maybe try the Toy Train from Coonoor to Ooty. We all chimed in “Yayy”, but then came the question of how do we do this? logistics? I suggested Bus or cab.. Friend’s hubby said “We’ll drive down, from there you guys come to Ooty by train, I’ll drive back to Ooty and pick you up”. I screamed at him saying that was a stupid idea and no fun. Took a few minutes to wear him down, but finally, we decided to hire a cab from the resort and take the train both ways. At the station, we picked up tickets for the train journey and headed out.
The clock was about to strike 4.25 as we rushed into the station, spotted the TTR and found a compartment with enough seats for all of us and got comfortable. It was very different from the Mettupalayam Ooty train, probably cos we were in the  2nd class compartments. The seats were wooden planks, and small cubicles with small rickety windows. Anyways, we were all excited and quite high 🙂
The train took one hour to complete the 18km journey, but the sights were worth the time. The lush greenery, endless mountains with green fields, clouds gliding across the mountain tops, and the herds of Bison that were grazing along the railway track that paused to give us a look [ I kid you not, they stared right at us as if to say Whats up?]  and ofcourse the 16 tunnels. Our cab driver had mentioned that some parts of the Chaiyya Chaiyaa song from Dil Se had been shot here on the tracks and we wondered where.
We crossed Wellington, Ketti Valley, Lovedale before pulling into Ooty station. The kids were excited to spot our cab driver on the platform. What a fun journey that was!!
The train operates through the day, about 4 times, from Ooty to Coonoor and back. The last on schedule is 4.30pm departure from Coonoor to reach Ooty at 5.25pm. You will see a chart with timings in Ooty station,  and the counter opens 45mins before the train departure time.
The cost of ticket for the 5 of us in 2nd class was Rs138/- .. If you go early, you can grab a seat in the 1st class.