This was my 2nd or 3rd visit to the restaurant and I have always enjoyed the experience. As you walk/drive down the road next to Signoraa on Nungambakkam high Road, you will find Moti Mahal Delux on your left. I vaguely recall there being a furniture store on the ground, but now Sam’s pizza is located there. Anyways, you take the staircase beside the restaurant to reach Moti Mahal. For those who are lazy or old or cant climb stairs, there is an elevator as well 😀
As you walk in, the dark wood interiors greet you, showing off the large seating area and the private dining area on the extreme left. There is the kitchen at the end of the hall, and seating area has been divided into sections. There are eclectic art work on the walls, which Maaria mentioned were done by a lady she knows- they were traditional paintings overlapped with digital imaging.
We settled in the private area as we were 10+ in number and my eyes went straight to the water canister on the table. It was purple and very Mediterranean. I had seen it in several stores, but not bought one.  Anyways, chit chat around the table brought me back to reality. We were served lemon iced tea to start off the evening and a huge bowl of salad was placed in the center of the table. The iced tea was passe, I went ahead and ordered my saviour drink- Fresh lime soda salt, while many others followed suit with their drink orders. 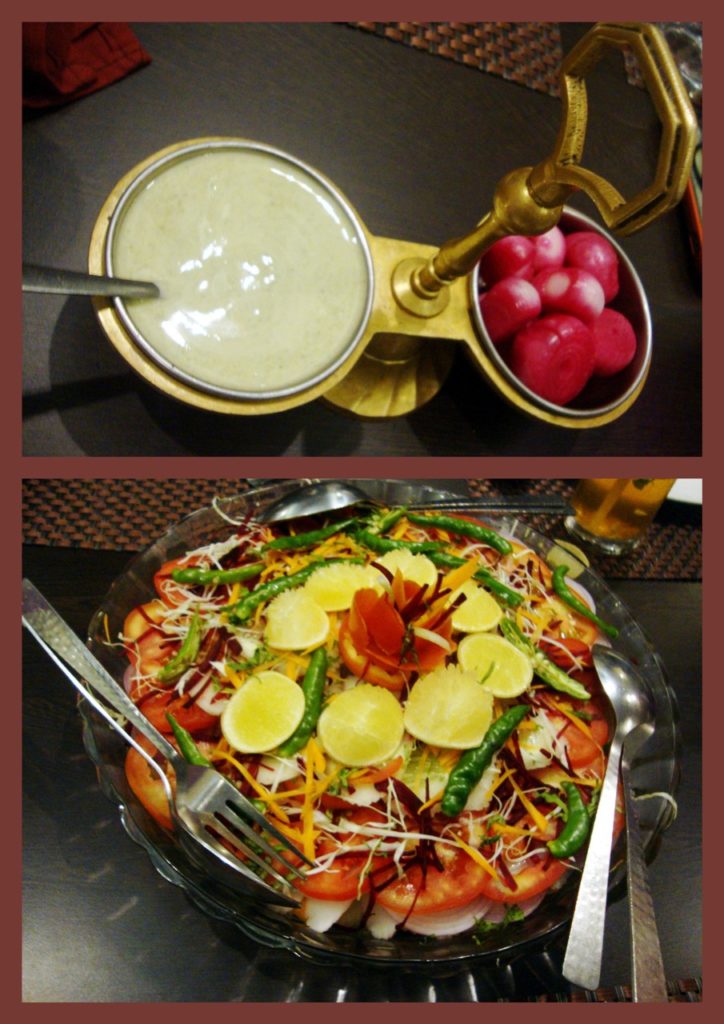 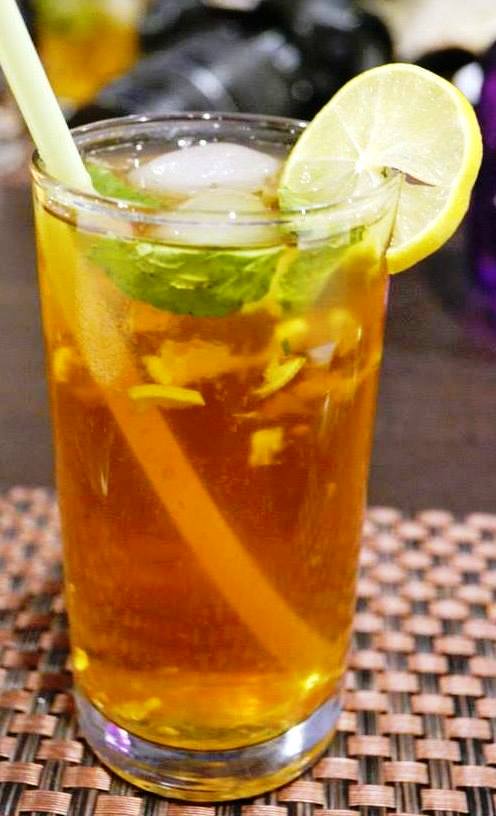 Having eaten here before, I knew their paneer was as tender as it can get and the daal makhani was to die for. We were served Paneer tikka, veg seek kebabs with mint chutney and the non vegetarians got their share of the meat to keep em smiling away. The paneer as mentioned was just divine, melt in your mouth and the kebabs were soft and good. 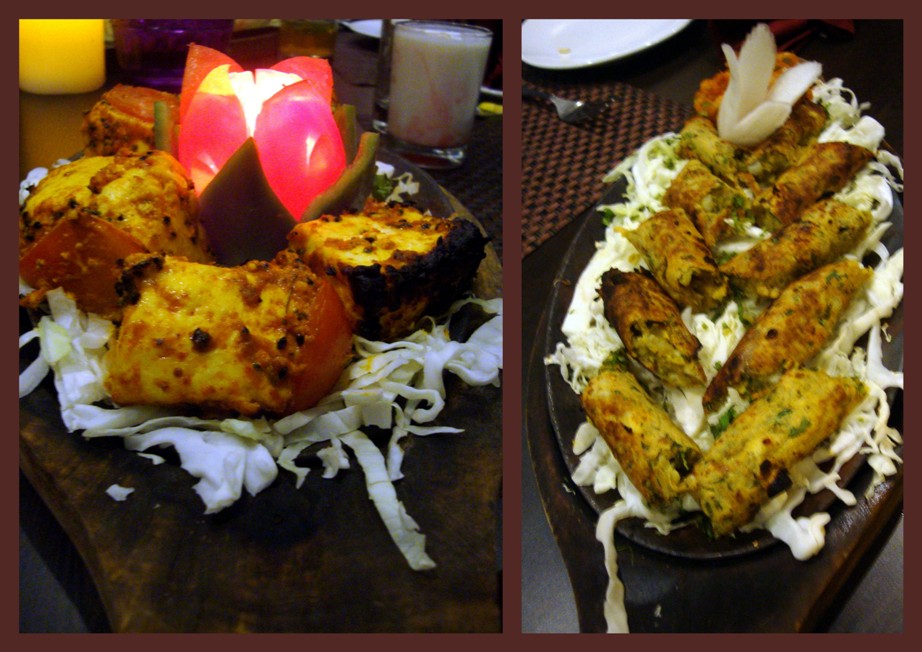 “The original Moti Mahal Delux restaurant was founded in 1975s by Sh. Amrit Lal Kohli in the tony Greater Kailash and South Extension regions of south Delhi. The restaurant has since become the most popular Mughal food destination, attracting guests and publicity from all over the country. Over the years, Moti Mahal Delux has achived numerous accolades and awards for its one-of-a-kind Mughlai fine dining restaurant. Many of the recipes are family recipes, handed down through generations, with the entrees served with innovative appetizers”[Source: Motimahaldelux]

Now that you are a tad enlightened, let us move on to the main course, shall we? The staff brought out a huge plate and we were all curious to know what it held. There were 4-5 different kinds of  Indian breads on it, am referring to Roti- there was a plain naan, pudina paratha, chilli roti, makki ki roti and few others as well. They were quite good in terms of flavour, but as always the naan and roti need to be had hot, else it becomes dry and chewy… They were served alongside 3 vegetarian gravies- Daal Makhani, Vegetable gravy and paneer korma [forgotten their names, pardone moi]. Each one had a rich texture and flavour. It was quite yumm and filling. 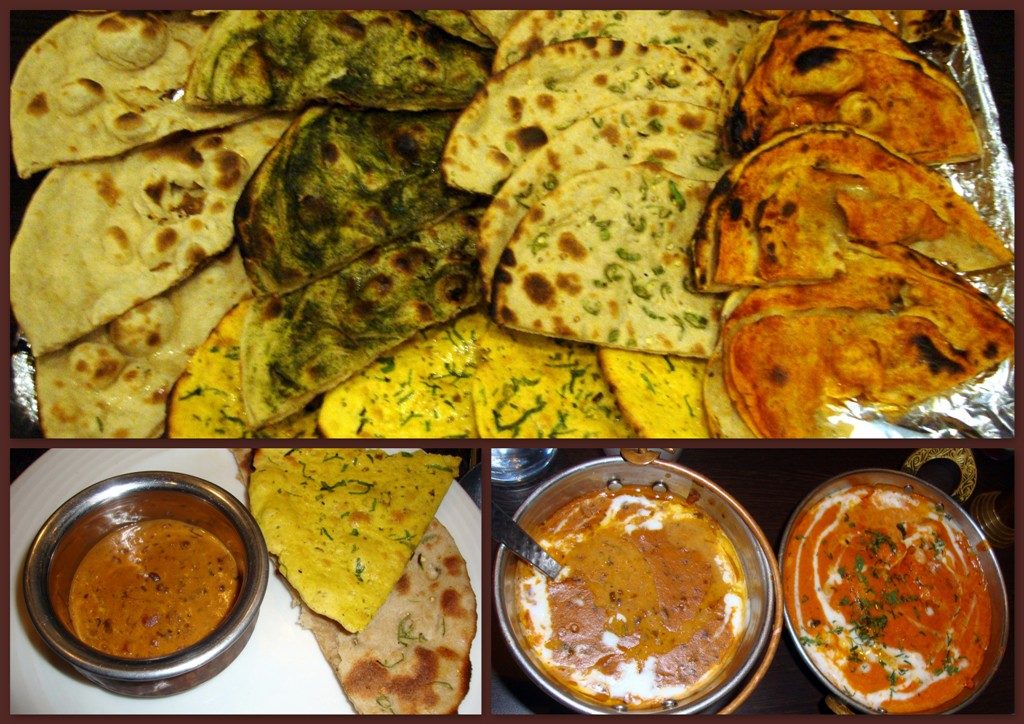 Within minutes I noticed nearly all from the table make a dash for the table placed on the side, realised they were all there clicking pictures of the Biryani. I waited for the crowd to settle down before sneaking over and taking a shot. It was indeed Biryani served in a mud pot. Looked good alongside the raita. 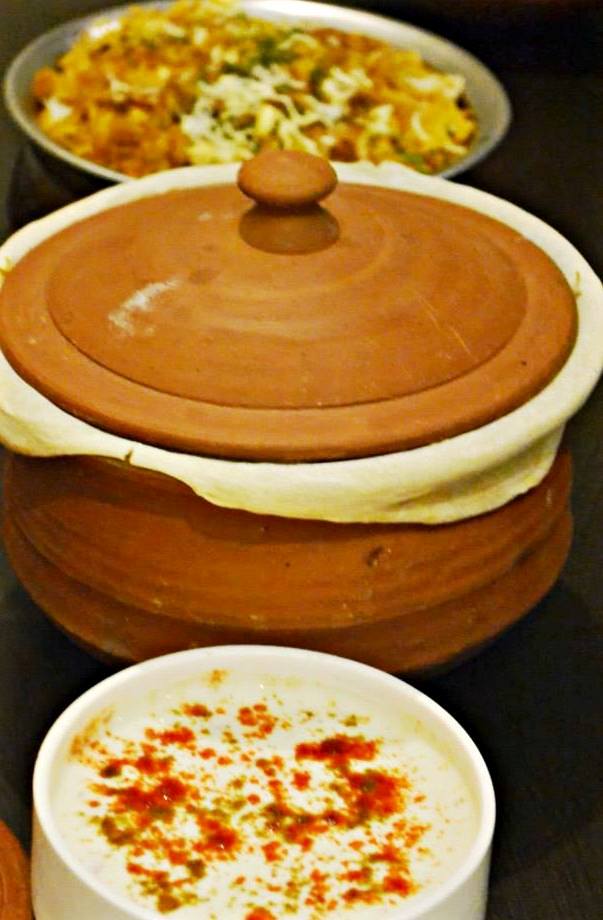 And finally, we were done. Ready for desserts. There was the infamous Paan ice cream, and since I dont eat paan or the ice cream, I opted for the Kulfi which was amazing, delicious and every other adjectice you can think of. 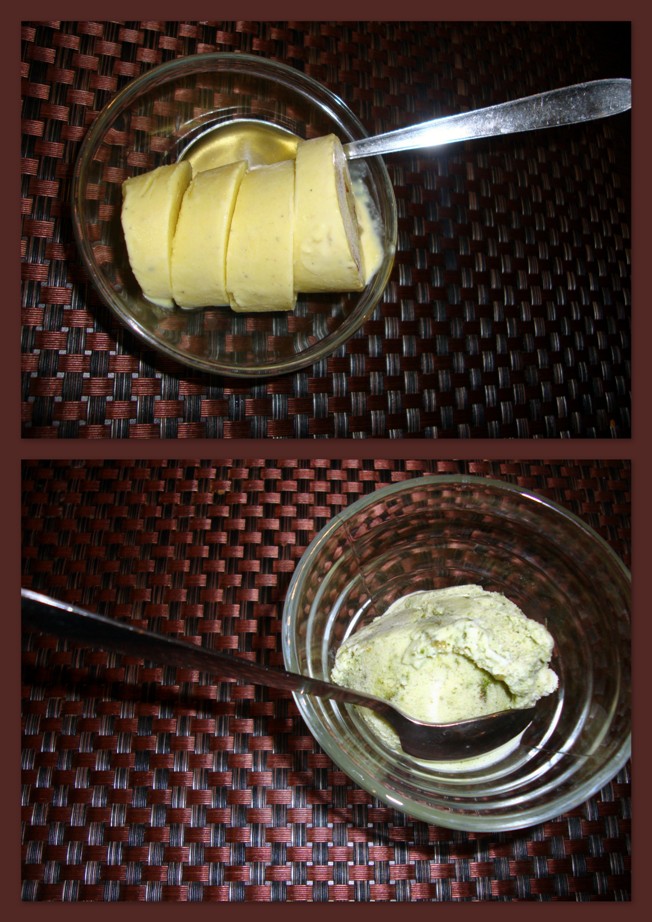 Oh and wait, I was in for a lovely thoughtful surprise as we were leaving.The Manager handed me a bag and said “here is a little something from us, hope you enjoy it”.. Any guesses? No? Well, they gave me the purple glass water canister 😀 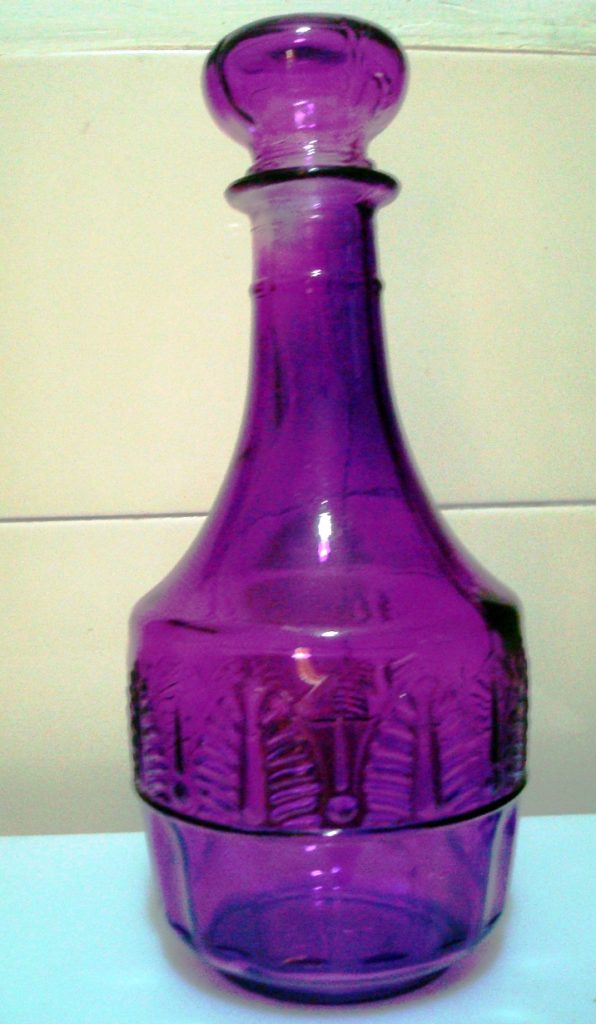 What a fun evening it had been. Moti Mahal is a place you should head to if you are looking for good north Indian fare. Dont miss their Paneer dishes, Daal Makhani and Kulfi…