After ages, am back on the Skywatch Friday wagon today… All thanks to a conversation I had with a friend about Tranquebar. It has been over 2yrs since I was there last, and I do wish I get to do another drive down the Coromandel Coast… [Fingers & toes crossed]

Tranquebar (Tharangambadi as it more commonly known) is a small town in Nagapattinam district, about 45kms from Chidambaram and 15kms north of Karaikal. The name literally translates to “a place of the singing waves”. It was a Danish colony from 1620 to 1845, and today a getaway destination for many. There is a Danish Fort, Church and the Governor’s Bungalow to see, apart from the shimmering ocean.

The architectural journey of Tranquebar can be traced back to the 14th century Masilamaninathar Temple built during the Pandya Regime. Then come 17th century colonial fort and 18th century churches. 21st century sees the crumbling heritage structures being restored by INTACH. This involves The Bungalow on the Beach , Gate House, Shiva Temple, façade restoration of St. Theresa’s Convent, former Danish governor’s residence and Goldsmith Street houses. Entry to this town is through an impressive two hundred year old Town Gate built with a Danish allure.  [Info courtesy : Tranquebar.in]

Canon facing the ocean in front of the Fort 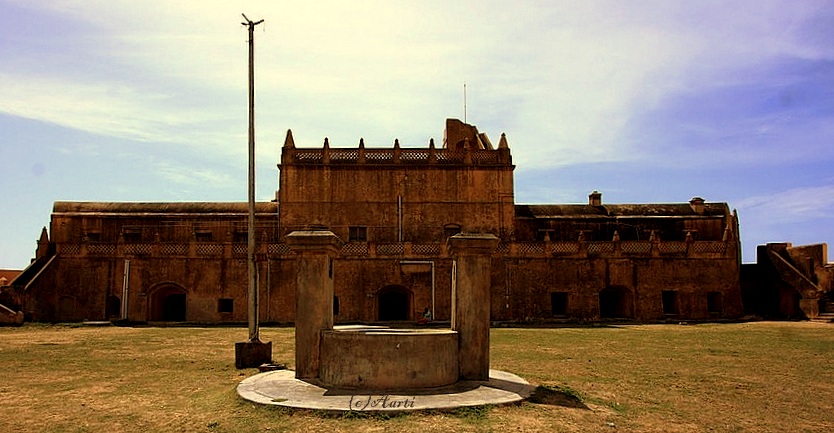 The Dutch Fort, as you enter the complex
For more beautiful skies, visit Skywatch Friday