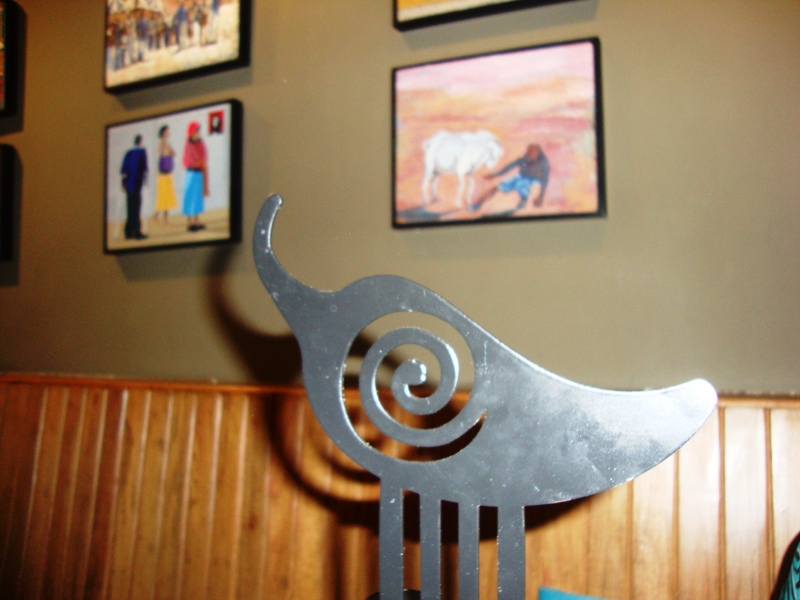 I heard of this place when they were about to launch, and there was a lot of talk about the Peri Peri chicken. Since i am a vegetarian, I ignored the thread but the franchise owner insisted they have quite a range of vegetarian fare. After a few weeks, while at Phoenix Mall with friends, we decided to head out to Nandos for lunch, mainly since the friend visiting from abroad wanted some meaty juicy food. We walked in, found a table near the entrance and got comfortable. 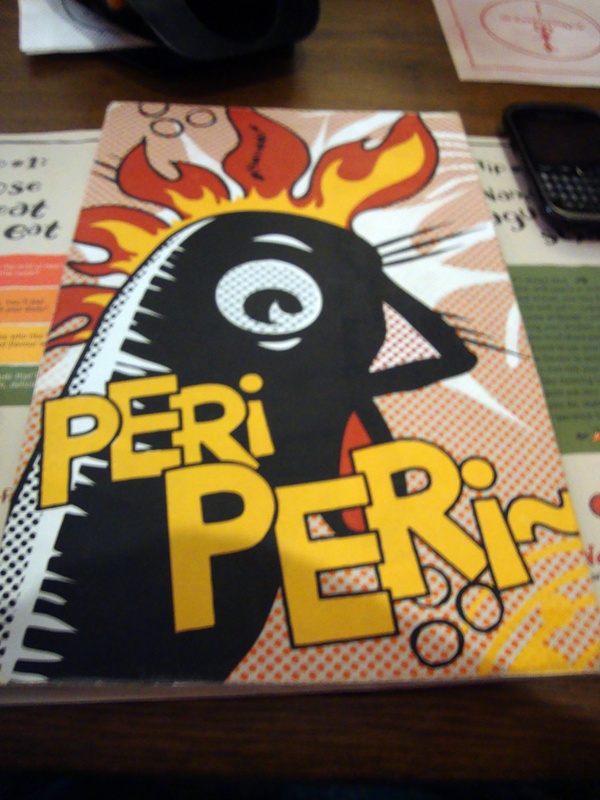 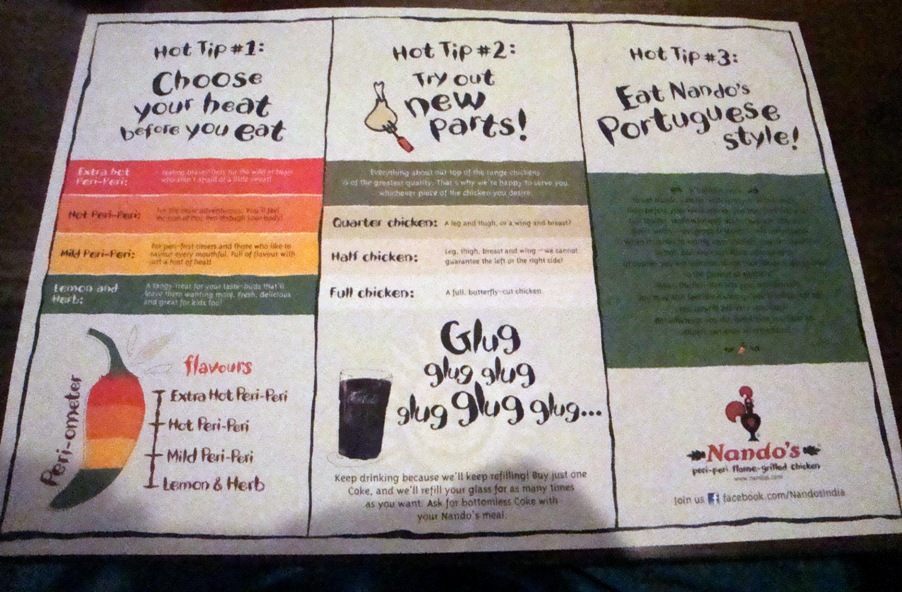 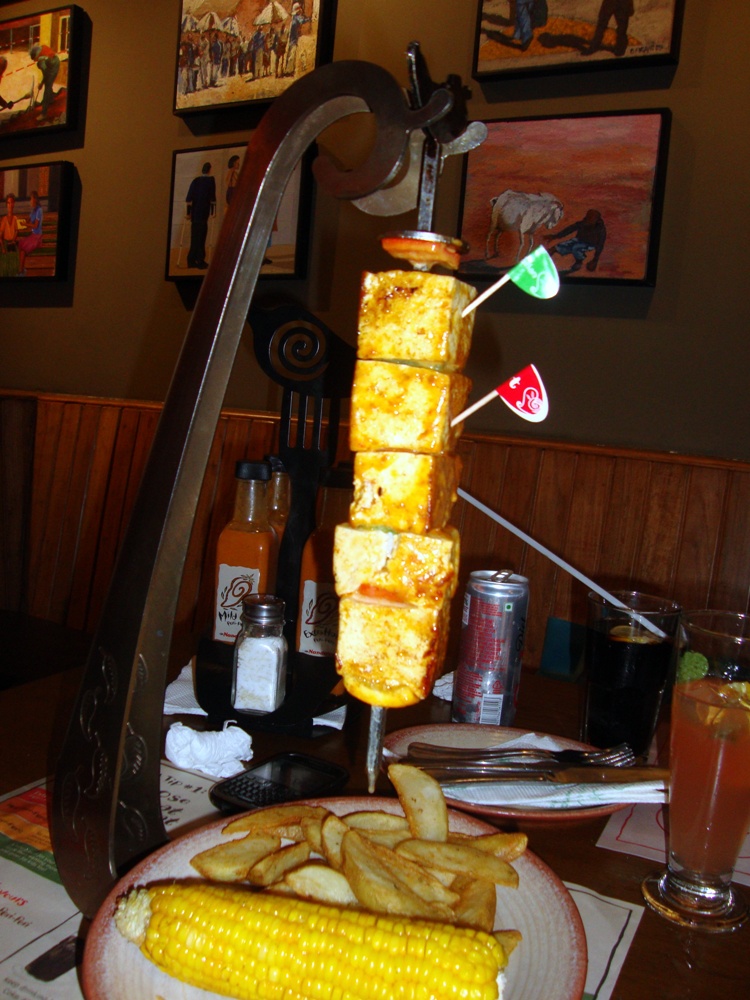 I scanned through the menu, noticed that veg options were all around Paneer. Throwing caution to wind, I chose the Veg Espetada and for sides, i chose the corn on cob since a friend had already chosen the 3 bean salad and other chose the Mexican rice with her chicken breast. My dish arrived in style, it was a tall stand with a skewer and big chunks of paneer on it. The table had a range of Peri Peri sauces, and I had to slather the paneer with some of them to add some flavour. I ate maybe 2 pieces and I was about done.
I wish the waiter had warned me the size of the dish and what it actually was [since it was my 1st time there and I had no clues what to expect]. The sides were delicious- I could eat just the corn and 3 bean salad as a main course and would have been very happy. 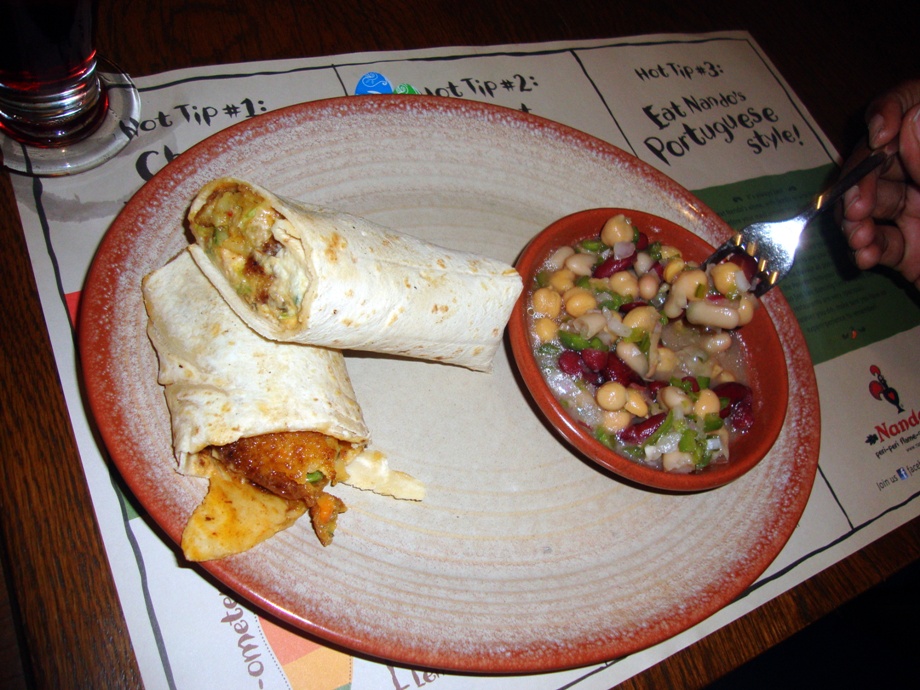 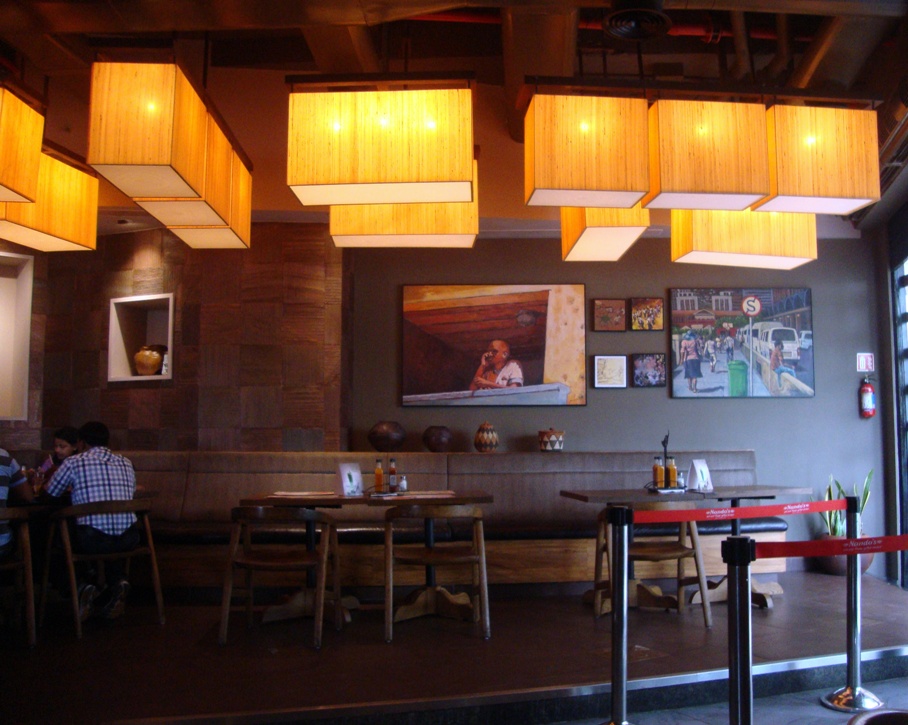 The beverages were good, we ordered 3 different drinks, one common thread being they all had pomegranate syrup/concentrate in them. Paid the bill and walked out not too pleased.
I guess many places that are famous for non veg food use paneer as the substitute  and this kinda gets my goat! There is so much more than paneer to veg food.,..anyways, if you are a meat eater, then you should head to Nandos and enjoy some of what they offer!!
I did like the interiors, art work on the wall and service was top notch!