We were at an Uncle’s 60th Birthday function and that is when we realised that mom’s birthday was coming up in a week’s time. After a brief discussion with grandparents, decided to do a lunch party for the family on 31st, the saturday. Granpa was hell bent on GRT, but I had other plans in mind. I did not want to host a get-together at one of the same ol cliched places, but wanted something new. 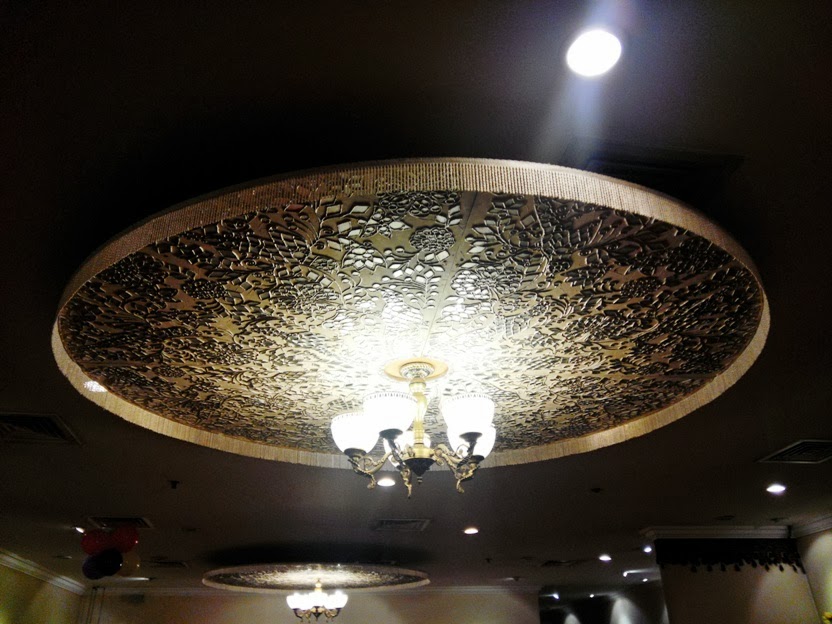 But for some strange reason, Annalakshmi landed in my head the minute we decided to host the Lunch. Except I kept it to myself and did not squeal a word. I went and checked out the place, got the details, decided on the menu and knew this was where I wanted to host the Lunch. I also had a quick word with my sister on splitting the cost, I decided it was not fair to lean on grandparents all the time, even though they offered to foot the bill. They had already spent a lot, bought mom a piece of jewellery, dad some clothes and so on. 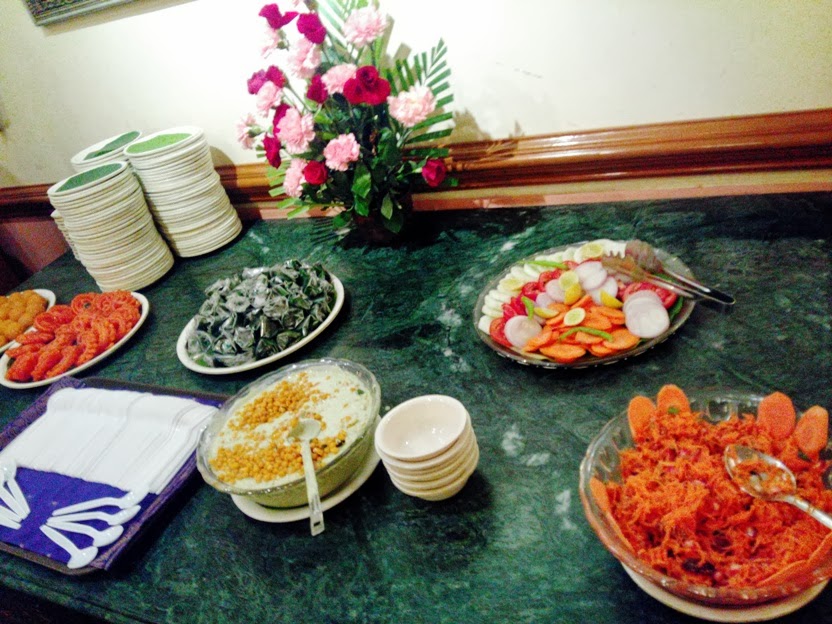 I announced the venue and final menu details 2 days ahead of the Lunch, and requested mom & gramma to invite all at the family function on Friday. Uncle was flying down from Delhi with family, my sis was coming down and so it was going to be a super cool fun weekend.  I thought all their arrival could be a surprise, alas, they had to go share information with gramma which soon spread like forest fire!!
Have heard of rave reviews of Annalakshmi, but none of us had visited the new outlet in Egmore. Throwing caution to wind, I prayed and hoped it would be a great afternoon! Oh, and I forgot to mention- Saturday was also parents’ anniversary and another uncle’s birthday! I had asked a friend if she could bake cakes, but she said she was busy.. 30th Aug night I was out with my Delhi uncle and cousin, shopping for shirts, and then we hit Cake walk around 8 pm to order cakes. We broke our heads quite a bit, and finally settled on 2 lovely cakes. One for mom/dad and other for uncle.
They have two options for Lunch, either 12 to 1.30pm or 1.30pm to 3pm. I chose the 2nd one cos even if it gets delayed, it should not be a problem. As for the hall, I chose the Buffet hall, it was open, bright, and seemed spacious. The hall could accomodate 100, and we were expecting about 60-70, but since I did not want outsiders encroaching in, I chose to take the entire hall.
So the morning dawned bright and early. I left for grandparents home around 11, and we were all ready and set to leave. All were piled into cars, while I hopped in the one with driver and we went picked up the cakes and reached the venue on the dot at 1.30. I noticed most family already there, piling into the hall slowly. Mom saw me with the cake and was surprised! 😀 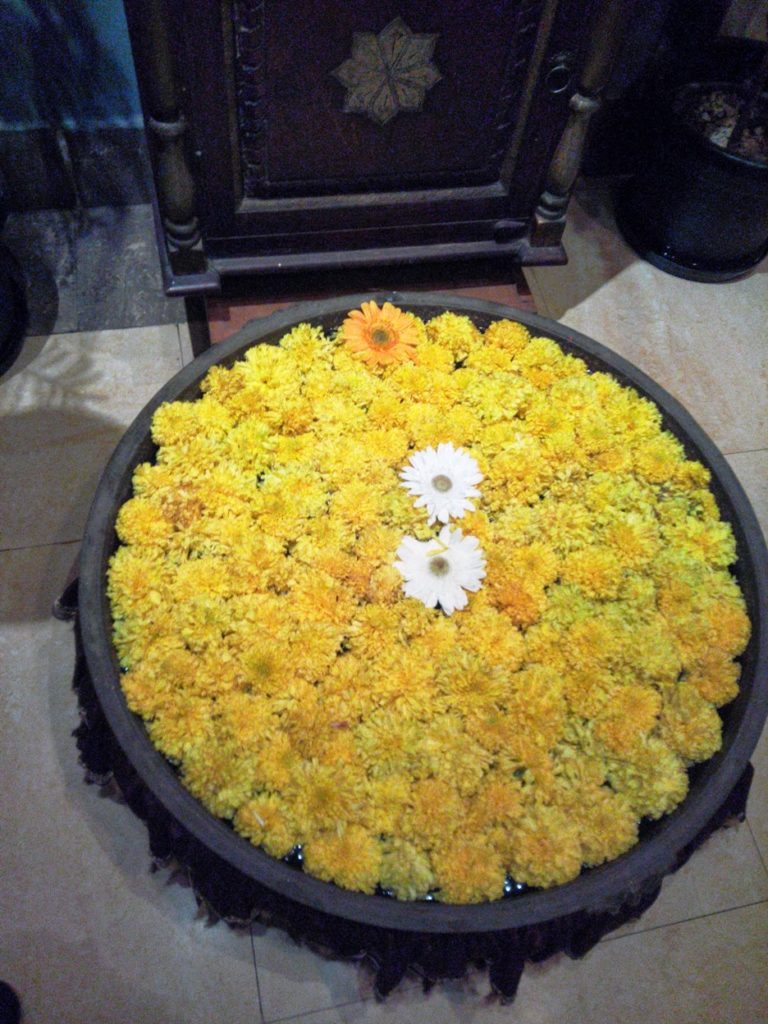 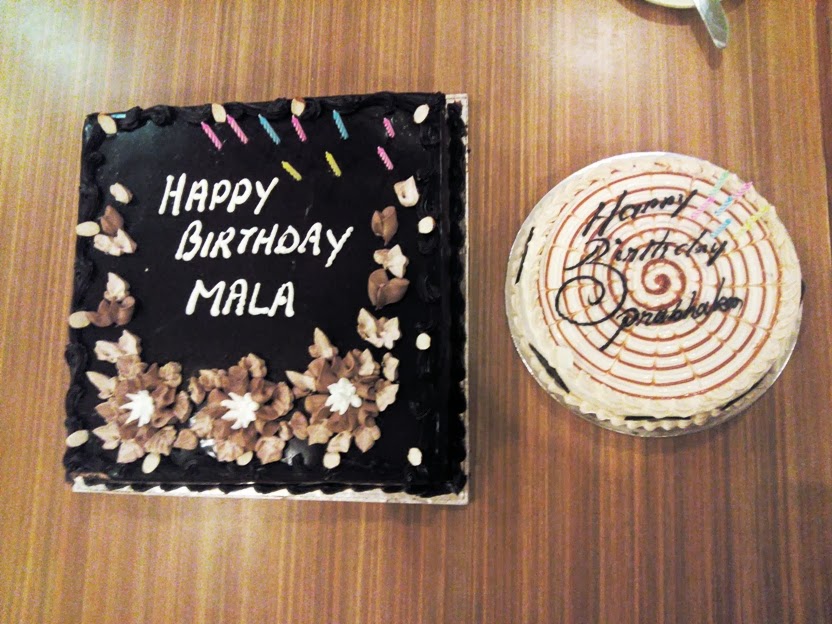 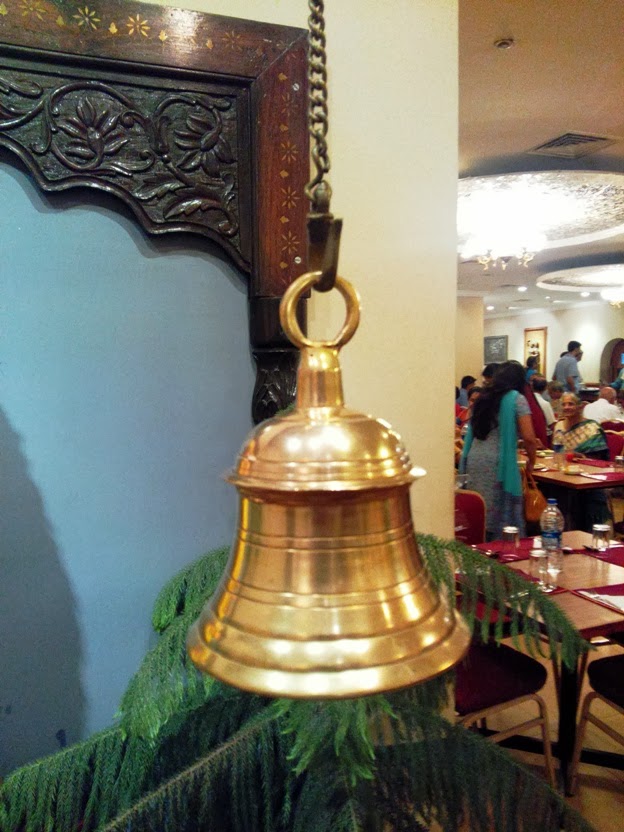 Pretty soon, almost everyone arrived and the hall was buzzing with excitement.  So many of them, actually all of them came upto me and said “wonderful choice of location”.. I was beaming!! The buffet was all laid out, and the welcome drinks were served.
The buffet consisted of
1. Aloo bonda
2. Paani puri- which was absolutely divine, so much so that gramma had a few ..
3. Dahi papdi chaat
4. 3 kinds of Rotis- Tandoori roti, naan and kulcha
5. Paneer butter masala
6. Daal makhani
7. Carrot Rice
8. Veg Pulao
9. plain steamed rice
10. Beans usuli
11. Potato curry
12. Boondi raita
13. Curd rice with pickles
14. papads and vadams
15. Salad- tomato & cucumber
And for dessert, I chose to do something different. I opted for Jangiri and Mothi choor laddoo as against the conventional Gulab jamun. There was also Paan which I heard was amazing!
Phew!! the food was quite good and piping hot. The volunteers at the restaurant were serving the items and it was such a pleasant morning. We must have all had quite a few pani puris and aloo bondas. They were delicious. Similarly, the daal makhani was divine, I lost count how many refills I went for. I think I gulped it down as it is, with no roti or rice.
Finally, before people left, we got together for the cake cutting combined with a lovely surprise. My aunt who had come down from Delhi took the mike and invited all to come to the table with the cakes on it and announced that the lunch was hosted by Me & my sis.. :-)) It was later that I realised that gramma was the one who had asked her to say this… I was so touched, overwhelmed infact~!!
The entire afternoon went off far better than I had hoped for. *touch wood*
The meal was priced at Rs430 per pax [incl tax].  It is a place I would definitely recommend, especially for pure vegetarians!
While talking to Mr Kumar, the man in charge, I learnt that only a few were employees and rest were all volunteers. They also had a few from the catering college, who were paid a nominal salary that helped them get off their feet. Apparently there were quite a few housewives who came over to serve during lunch and dinner! How awesome is that!