First came Tic Tac where the current Ispahani Center stands that
served up the Katti rolls, then came TIbbs, followed by Frankie which is found
outside Nilgiris and near Fruit Shop on Greams road. And then I visited the
Katti roll shop on RK Salai, near Tandoori Tadakka and finally this new one
that has come in Wellington Plaza, Egmore [ the complex with Milky way and
Donut House]. 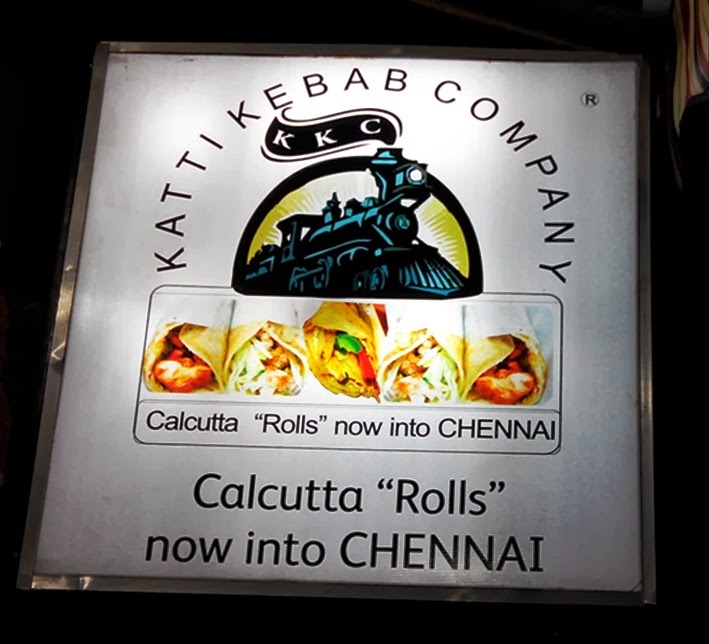 Called “Katti Kebab Company” owned by Mr Arjan
Mahtani. It is located right at the end of the complex, behind Ponnuswamy Hotel
and other places. A fairly large place, there isnt much ambiance. But as Mr
Mahtani says, the food speaks for itself. When I was chatting with him, I
learnt that he has lived nearly 20 yrs in New York and started this place about
a month ago. He mentioned he has brought down guys from Calcutta when he set up this outlet. Another interesting trivia about him is that he also owns the Mainland China on Cenotaph road and is involved
in Quiznos which is managed by his brother. 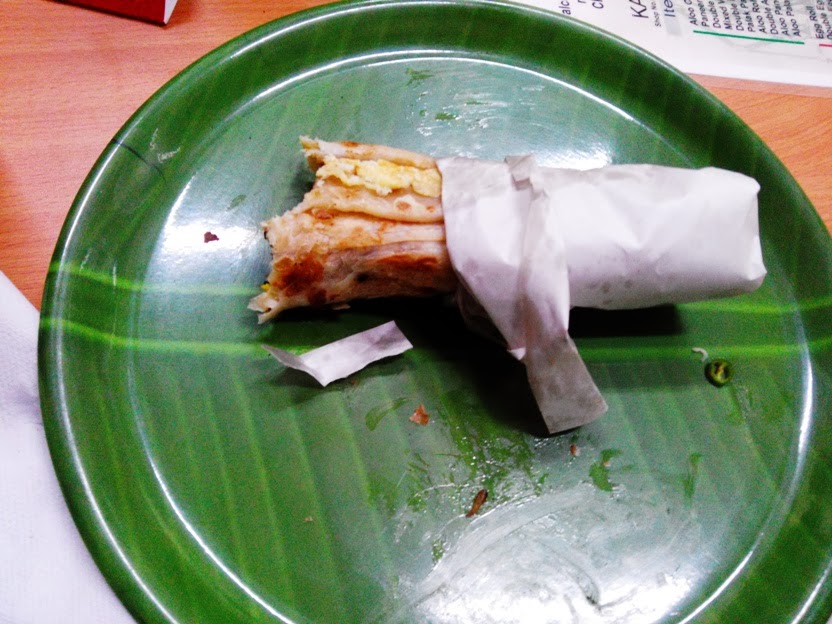 The place is air-conditioned and there are a few chairs and a row of sofas to sit in. There is a small kitchen atop the small flight of stairs and that is where the rolls are created.  There is also a fridge with aerated drinks and water and a bubble top as well. Simple ambiance, but when you pick up the menu card you are in for a surprise. It is quite extensive, there are over 30 kinds of Katti rolls here, and quite a few options for Vegetarians as well and there is an entire section for Eggatarians.

The 1st roll i opted for was the Paneer with Egg roll, it was delicious. Made with maida parotta, the filling was good, and it had a lovely touch of Black salt. The masala was not over the top and the heat factor was just right. You can choose low, medium or very spicy. Similarly, when you order a katti roll, you can choose either Maida or Wheat [Additional Rs10], and for egg, you can opt for egg white only[Additional Rs15].


The other thing I was totally fascinated by was that the rolls were NOT OILY at all.. There was no oozing oil, or that weird feeling in your mouth. Big Thumbs Up!!

During the few hours we were there, I did try few other veg options- Plain aloo [ yummy], wheat roll with mix vegetables and egg, wheat roll with potato and channa [yumm], and palak paneer in maida parotta [ quite good, it had a strong aroma of lemon, but it wasnt strong in the filling] ..

A good place to grab lunch or maybe pick up few rolls if you are headed on a drive, or for a movie!!

The price starts at Rs90 and goes on up to Rs150.. Neatly wrapped in white paper, these rolls are good even after a few minutes, it dint become chewy or dry.
Address:
GF 16, Wellington Estate,
Opposite Ethiraj College, Behind Ponnusamy hotel
Egmore, Chennai
Ph- 044 60501230, 044 60501232
Disclaimer:The reviews posted on this blog are
based on my personal experience. Also remember that restaurants and eat outs
sometimes change with time, so does their food and service. So, kindly consider
these factors while visiting the places. Remember, no two palates are the same. Bon Appétit
🙂