Once Bitten, Twice shy..
Twice bitten, lifetime wary!!
Well, looks like this is what I need to follow for this particular place.
Let me take you back in time, not too long ago, two friends headed out to lunch, and it was one girl’s Happy Birthday.. We enjoyed a relaxed time at the spa and then for lunch, decided to try out the new place in town. It was called “That Madras Place” and is located in Indira Nagar, Adyar, in the road opp Nilgiris [Ambica appalam signal]. We found the place, walked int to see a huge wall with graffiti of all sorts, eclectic furniture, mix and matched chairs and cushions. Quite liked it as we were still hungover from our Jaipur trip.. 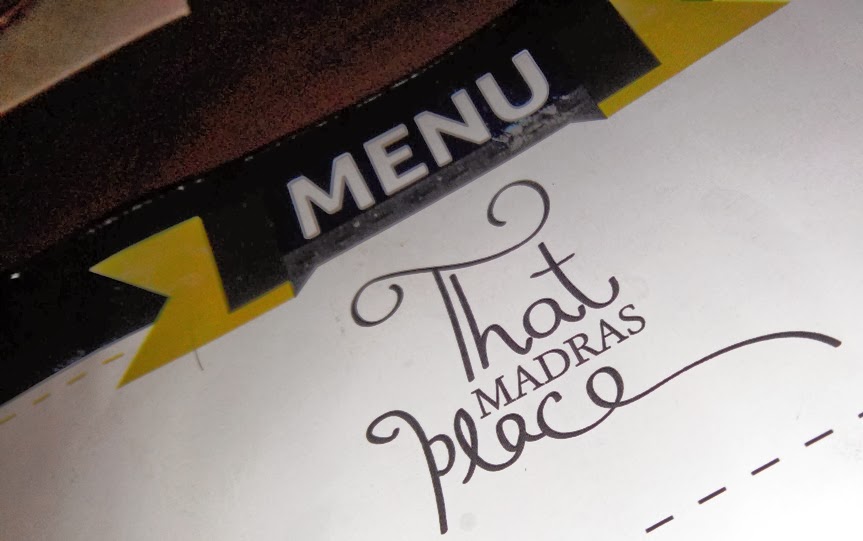 Found a table, and scanned the single page menu to identify dishes that we wanted to have. We chose the Madras Poutine for starters [it was french fries with cheddar cheese, garlic and jalepenos]. It was quite good, and a large portion at that. Subsequently, for the mains, we chose pasta. Friend opted for her usual Aglio E Olio with Penne. I opted for another pasta in mushroom sauce. My friend requested the waiter to add some veggies to it for which he responded saying “it doesnt come with veggies, but shall get you some” and then few minutes later the dishes arrived at the table, sans veggies. The owner walked over asked us if we wanted veggies, proceeded to once again repeat what the staff had said earlier and we then said “No it is ok, we dont want veggies, we are ok”. 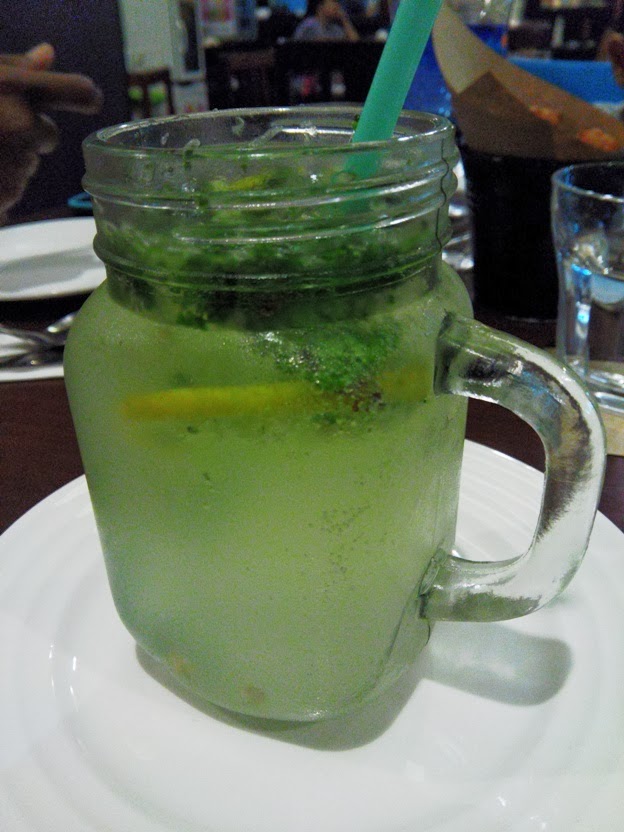 After two bites, she nudged me and pointed out to the hair that was in her pasta. We looked around, couldnt find anyone, and so kept that aside and continued with the meal. We decided to skip dessert but were offered a Blondie by the owner esp since it was my Birthday… it was good, but too sweet [white chocolate]
The bill worked out to about 1600 Rs, .. We left the place with mixed views and wondered if we would ever come back here.. Subsequently, I spoke to quite a few friends who had visited here and had similar views as us. 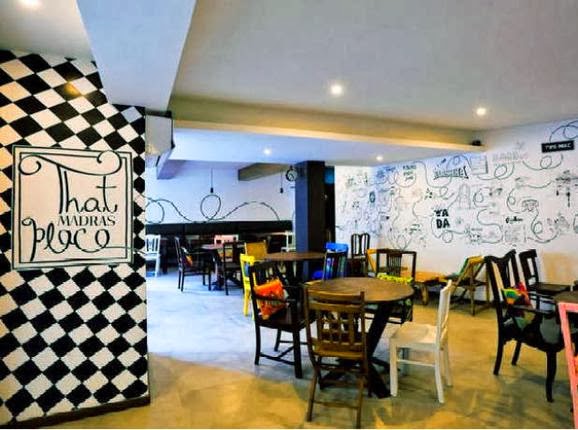 Last evening, friend came over with her hubby and son and announced that I was not to cook and we will head out somewhere.. Some act of fate and they picked That Madras Place! We decided to put our 1st experience behind and give the place another shot! But sadly, it is probably my last visit here.
What happened you ask? Well after ordering Dynabites [ cheese jalepeno fried balls], for the main course, friend ordered the same Aglio E Olio for herself, Pasta Alfredo for her son. I ordered pumpkin ravioli( in lemon butter sauce) while my friend ordered chicken ravioli(in arabiata sauce).. Few mins later we were served our dishes. I took a bite of the ravioli and kinda knew it wasn’t pumpkin and was most likely chicken(white chewy piece inside ravioli) & then Friend broke one ravioli to find pumpkin. We hailed a staff and after 10 mins we were served right dishes with an apology.. The man who was taking orders came over, smiled and said hopefully the meal is good and went away with that smile [marketing smile] 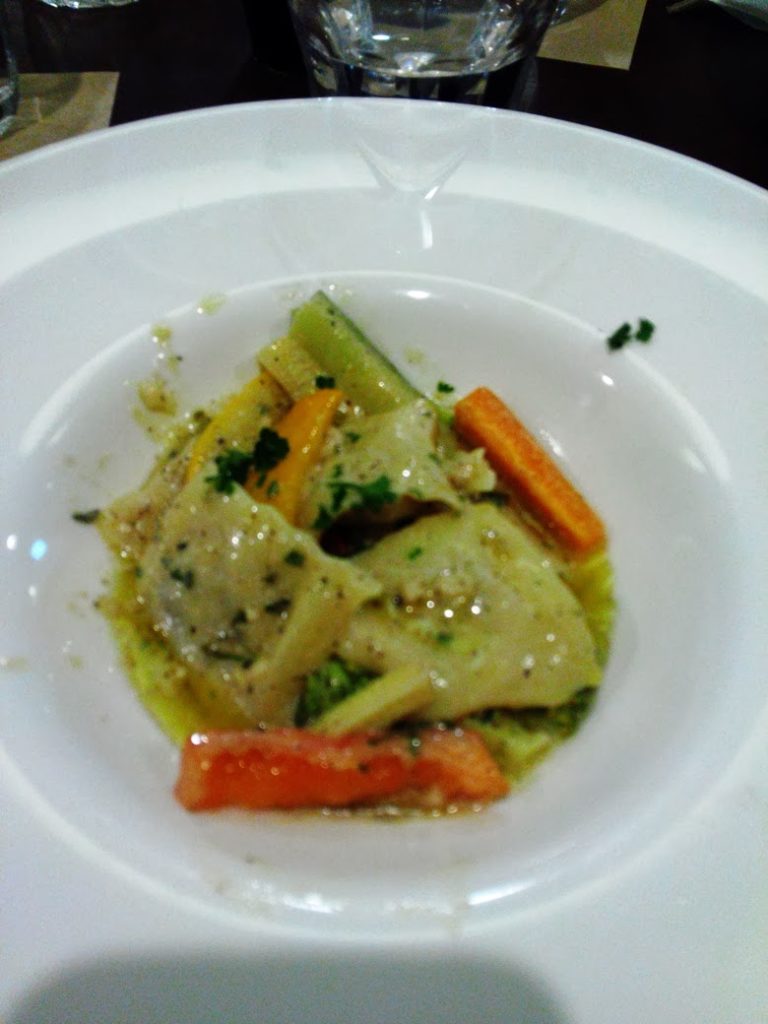 The final correct dish- Pumpkin Raviolli in lemon butter sauce
I dint raise a hoohaa though I was beyond pissed off. Wth! Serving the wrong dish is one thing, but a Vegetarian served a non-veg dish is just inexcusable according to me.. I could imagine few other friends would have reacted in such a situation.
Do I let this goof up slide? Yes, the final dish that came tasted good [their dishes do taste yumm] but my mood was off.. It is a complete experience that matters right? What would you do?
Oh well… I guess one customer less does not matter to them~!! Considering the place does get quite a crowd, I even overheard the guy in the next table say “we saw and read reviews on zomato and decided to come here for dinner”….
That Madras Place
34/29, 2nd Main Road, Kasturibai Nagar,
Adyar, Chennai
Ph: 044 42614380