It was something I had not done in ages, I was watching movies on the day of their release, and this was courtesy a friend who had an extra ticket and had sweetly remembered me! 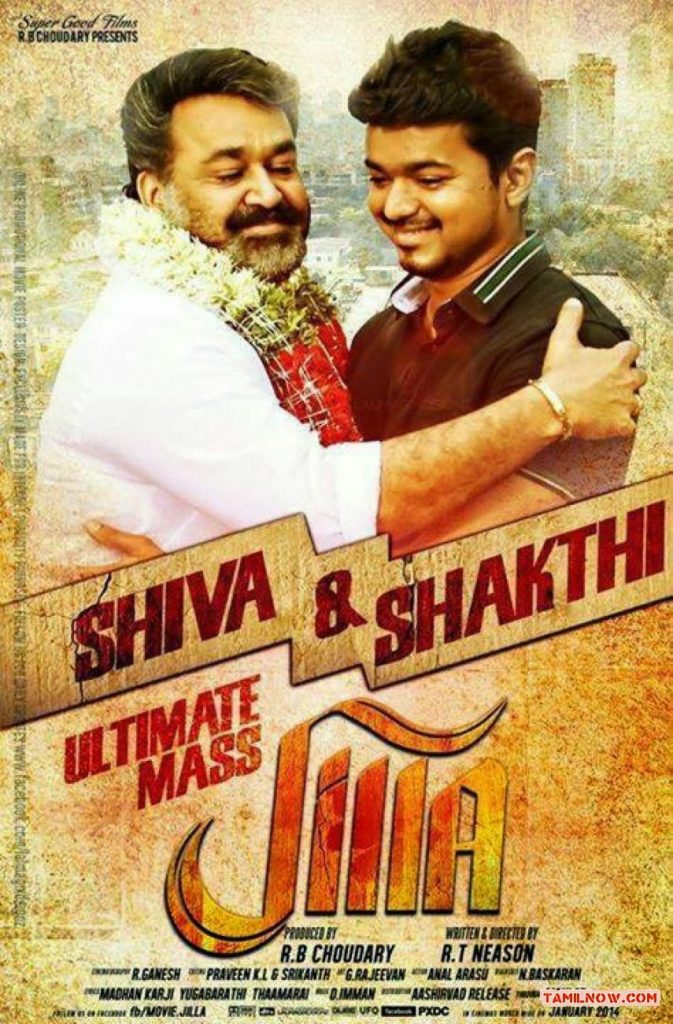 I watched Jilla 1st in Sathyam, Vijay’s dad and few others from the movie where also in the theater [ya ya I saw them while I was waiting for my friend]. The movie is about a father and his adopted son, starts off like Sarkar where the duo rule the town going on to take on resemblances to Saami and then somewhere loses the entire plot to get twisted and knotted. To top it off, there were not one or two but nearly 5 songs within the 1st hour that had me cringing.
Even though Vijay’s movies are quite similar in their genre, the masala, almost like your Jackie Chan movies which you can watch , this was slightly unbearable. I could not sit through the 3+ hours. By the time Interval sign came on, I was ready to run out screaming “what is wrong with movie makers” , but then had to endure the remaining 2nd half with my head bursting with questions and hanging on to the small thread of hope that there might be some redemption somewhere.!! Nope, none…
Phew! I had survived that ordeal… yes literally come out not having killed anyone. 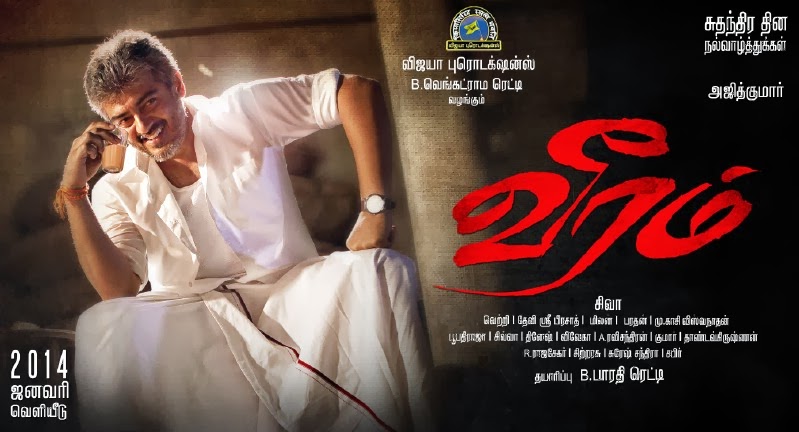 It was now time for the next movie of the season- Veeram, starring Thala Ajith. I had seen his earlier release Aarambham amidst milk abhishekam and what not, so was quite wary!
This movie is about 5 brothers, yes, you read it right- Ajith being the eldest of the lot and there are 2 others who get a bit if screen time but the remaining 2 are there for what reason I wondered… Tamanna was much better when compared to Kajal Agarwal of Jilla. This movie also reminded me of the earlier Anandam featuring Mammotty as the eldest of 5 brothers [dont ask me why, I just remembered that movie]. It is about Ajith believing marriage will break their bond, but reality is that each brother apart from him have a lover on the side. So, they work hard at getting Ajith to fall in love so they can all get together with their partners.
Now what was amazing between the 2 movies is that some scenes are exactly the same, lot of actors are there in both the movies and both are 3+ hours longgggggggggggggggggg… Only plus for Veeram is that it is much better entertainer and has fewer songs when compared to Jilla.. I cant help it if Vijay fans are offended or out to get me, but heck, this is my blog and I write what I feel! 😀
Go watch either of these at your own risk, dont say I dint warn you!! 😀