It was Saturday evening, I was home watching TBBT on TV with 2 friends when the doorbell rang. Wondering who it was, thinking it might be the security requesting my friend to move his car, I answered the door. Lo behold, was greeted by a guy holding a bag with 2 piping hot pizzas from The pizzaaz in them [had completely forgotten about the order]..  He also gave me a menu and a zillion [well not nearly but there were quite a few] packets of spices and ketchup.

These were 2 thin crust veg pizzas – the basic veg one if I remember right. They looked fairly large, so we opened one while leaving the other for friends who were to come over later. The pizza had a good spread of tomato sauce topped with an assortment of vegetables- capsicum, jalapeño, corn, small onions, and cheese..  The slices were long and large, we ate about 2.5 pieces each and were stuffed. The crust was beautifully cooked, with a slight crisp bite to it while the toppings all stayed intact and dint fall off [as I have seen happen with others]. One point that friend mentioned was that the crust felt like a crust and not like a slice of chappati or nacho. 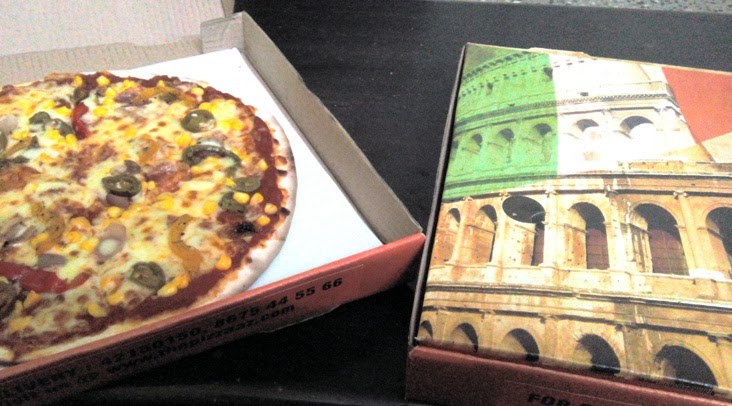 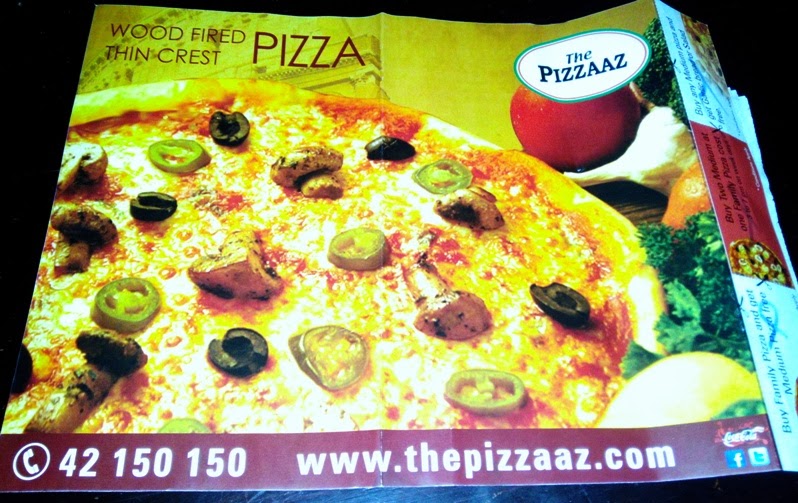 I actually came to hear of this place from Chennai Food guide, which is how I ended up getting the Pizzas as well.  The pizzas are cooked in wood fired oven which gives them that colour and texture.  I noticed that they also had quite a few other items on their menu- pastas, sandwiches, salads, few appetizers and few combos as well.


Disclaimer- Am not a very pizza person, but dont mind the occasional pizza. And have had pizza in quite a few places and offlate I prefer the thin crust pizzas over the regular ones and this pizza was definitely good!