It has been a while since I read/wrote poems, so when a friend pinged me asking if I had any on Love, I replied “yes, but have to dig em out of the blog”. He kept at it saying another friend was doing a book, a collection of poems and collecting them from many.

I kinda forgot about it and then 2 days back he was back with an sms asking me about it. I finally dug a few out and sent it to Glory[ a friend & a writer].. She then got back saying she was picking few others from the blog and wanted me to arrange them like a verse and send them to her. She had edited and put together this book called “The heart only whispers” that featured 60 poems from writers across the world. She told me she would include mine in the next edition of the same book she was rolling out soon.

Damn right I was excited~!! 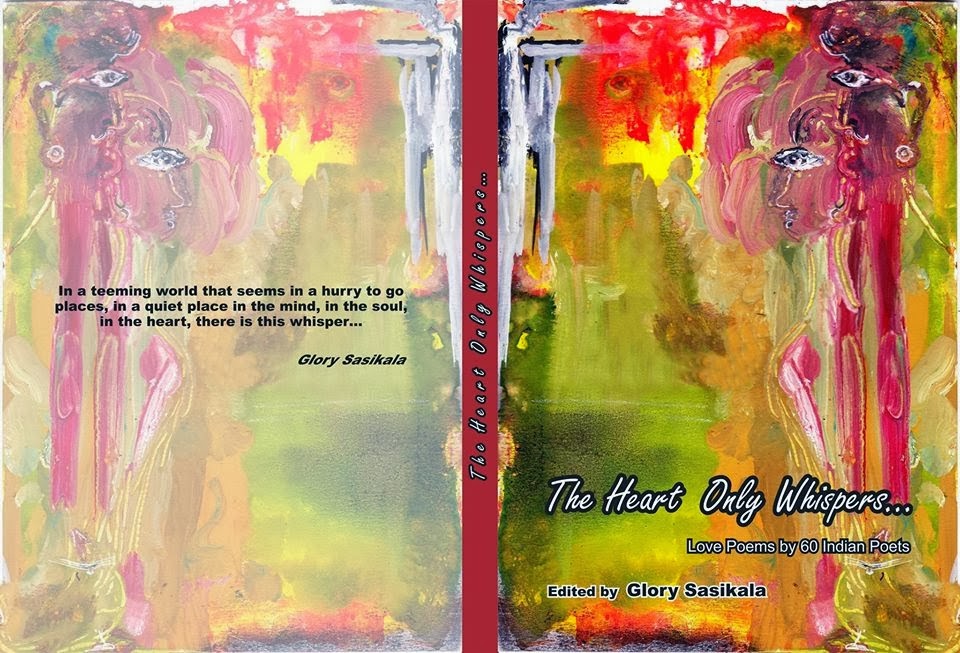 There was a book launch scheduled for Sunday evening at Odyssey, Adyar. I made note of the details and was there around 5.30.. It was a good evening indeed. It was such pleasure meeting ladies I had not met in ages, reading poems [3 of mine & others] ….

Here is a photograph featuring a few of us who were there last evening…
[left to right- Prasanna, yours trully, Rhumjhum aka RK Biswas, Ameeta Agnihotri, Glory Sasikala, Minnie Tensingh, Radhamani, Vasanthi, Kerala Varma, Shreekumar Varma and Ramona] 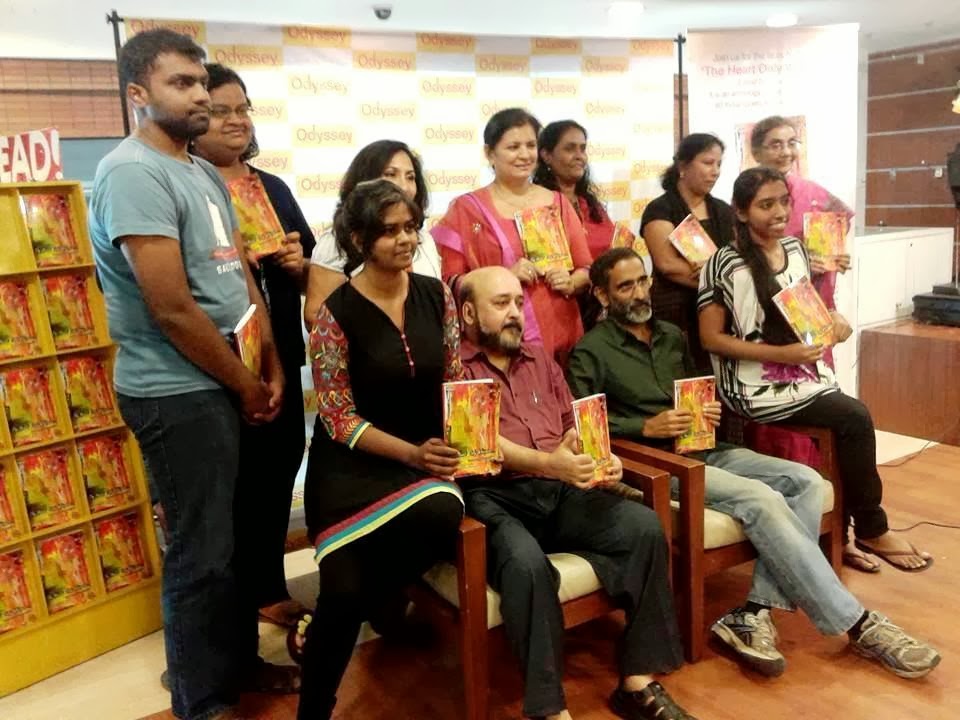 Here I am reading my pieces from the phone… 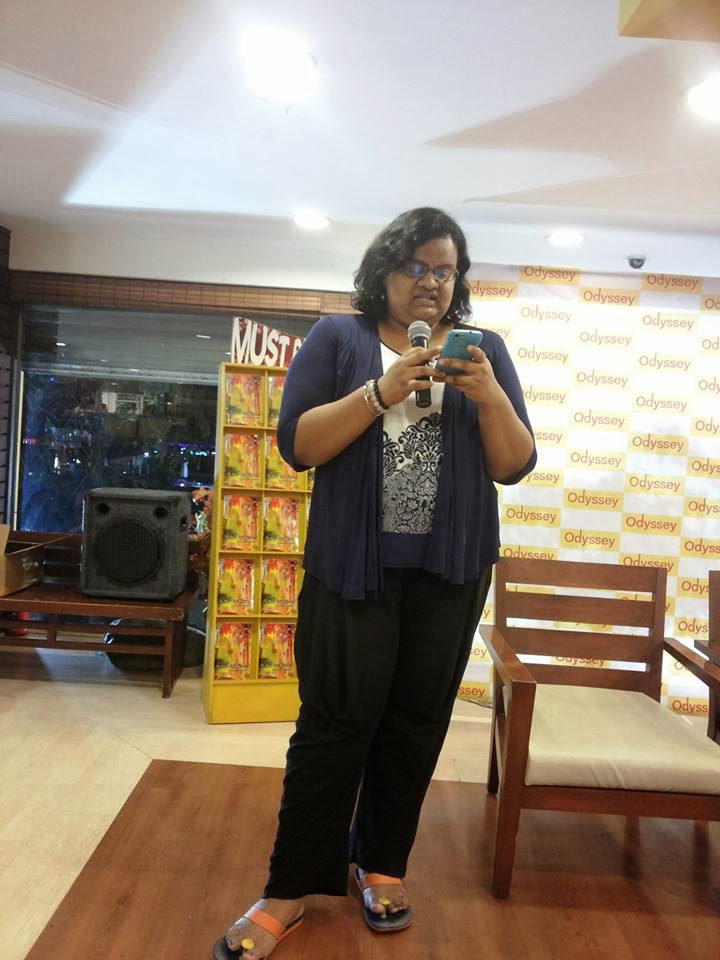 Thanks Glory for this lovely opportunity and for being so passionate and warm and giving!!