We had just landed in Amritsar and plans were being made for the
days to follow. We learnt there was a temple near the hotel we stayed at which
is a beautiful one. So that was marked as the 1st place to visit, followed by
the other sites. We hailed a cab since we were 5 of us and I kinda convinced
all that it made sense to travel together rather than in two autos.. 🙂 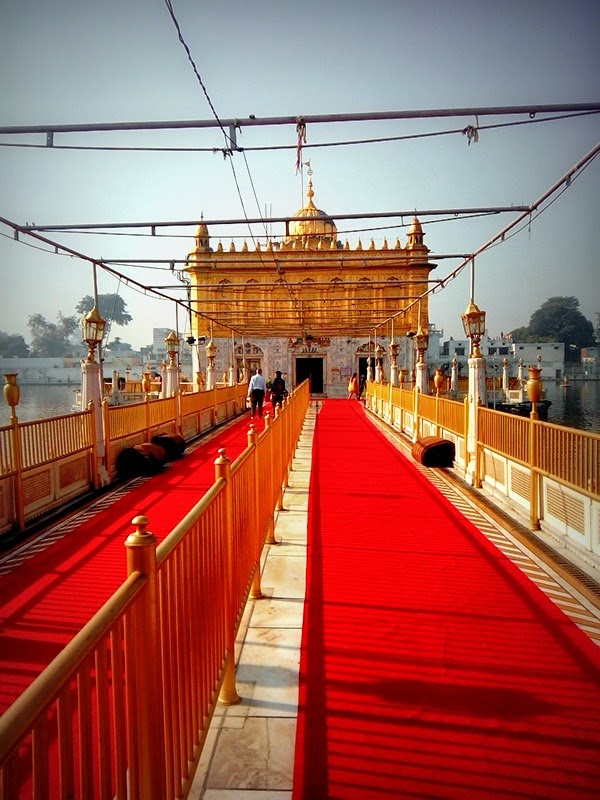 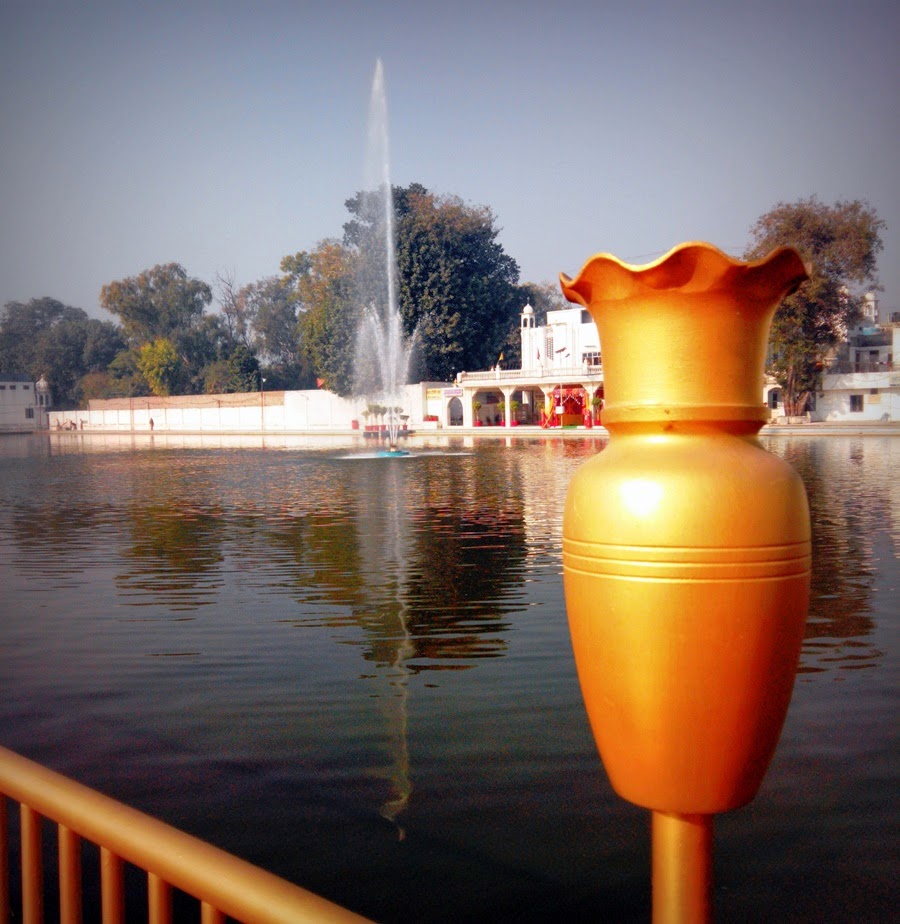 As the vehicle pulled into the parking lot, I looked around to
see if the temple or the gopuram was in site. I did see a tall gopuram but was
told that belonged to another temple. We had to walk down the road to see this
temple. The temple is called Durgiana
Mandir [ named after Goddess Durga] and some also refere to it as the Lakshmi
Narayan Temple. It is situated near the Lohgarh Gate. Leaving our footwear in
the car, we made our way down the road [well, it was just a path with nothing
but stones and rubble] . A huge gate guarded the temple, near which was a small
shrine for Vaishno devi.

The temple was built by Harsai Mal Kapoor  back in 1908  and has been constructed very alike the Golden Temple. Only prominent difference are the silver doors which has led to it being referred to as the Silver Temple. You walk down a long passage with water on either side, and a fountain that was spouting water to quite a height. There was a carpet laid out and the entire place was just clean [not a speck of dirt or trash to be seen anywhere]. All the pillars and light fittings were in Gold colour adding to the grandeur. After the darshan of Goddess Durga, we also went around to see the other shrines located around. There were quite a few,
Sitla Mata Mandir
Lakshmi Narayan Mandir
Bada Hanuman Mandir
Tulsi Das Mandir and the
Sat Narayan Mandir 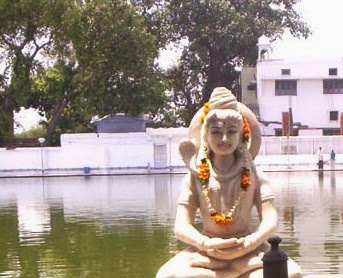 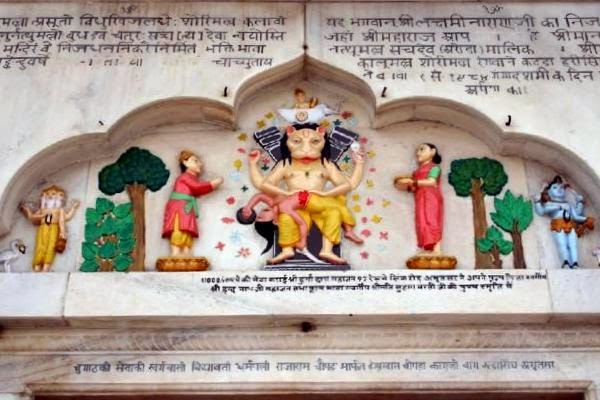 As we made our way out, I noticed on top of the inner gate the names of all those who were responsible for erecting the temple. The names ran a mile long..
[ To know more about this temple, do visit this site]

It was such a visual treat and I was already excited to visit the Golden temple… Which was set aside for later in the day!!