And with a blink of an eye, the
one hour flight was over and done with. We had landed in Colombo, where it was
drizzling. Got out of the aircraft, into the shuttle and off at the airport. We
noticed a line meant for “immigration and transfers” and followed the
directions to a bunch of counters. We noticed people around a counter filling
out forms and promptly went over there. Picked up a form each, and once again
filled out all the info we had filled back in Madurai

We then stood in line, showed the
form and our passport to the gentleman behind the counter who chit chatted with
us a bit and sent us on our way! After a quick loo stop, we grabbed our bags
and made our way out the airport. There were quite a few Cab/taxi/package tour
booths, and the 1st one we approached quoted LKR 2800 to our hotel [
the guy said it was a good 35kms away esp since the airport was quite a
distance from main Colombo city]. We also enquired with few others but found
this guy cheapest and went ahead with them.

He told us we would get a Hybrid
car, and came with us to the car pick up point. The driver then asked if we
wanted to go via the Expressway, which would take us to the city faster, but
there was a toll for LKR300. We decided against it, esp since we wanted to see
a bit of the city and were just getting used to the whole LKR cost funda. 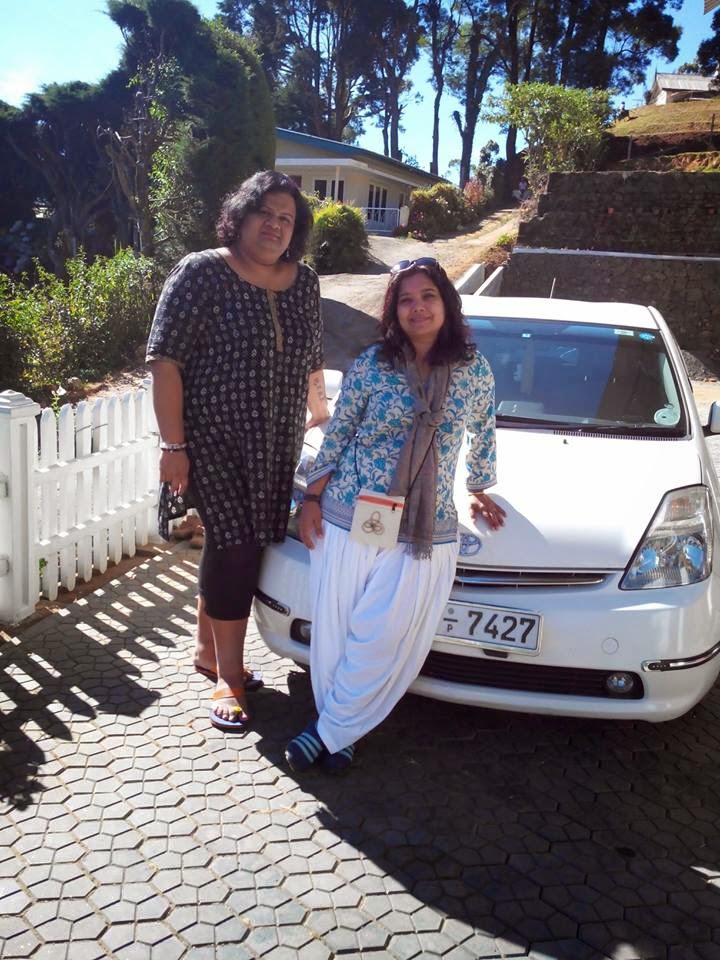 Took us about an hour to reach
Welawatta Beach road and to find Lafala Hotel. But it was one beautiful drive,
we passed the town, sea side, and open fields along the way! And managed to
find a McDonalds where we grabbed a burger and happily dug into it [only then
did we realise how hungry we were]

Once we checked into the hotel,
we sorted out our bags and packed our handbags with the basic essentials. We
were going to be on the road from the next morning again, exploring the
country, staying at different places along the way. The one thing we knew we had to
pack in our hand bag was that we carry our Passport and cash on hand always!!
Here I was carrying both our passports and all the LKR money in a folder 😀