As we left for Galle, our cabbie
told us there was a Turtle sanctuary enroute which is a nice place to visit. We
spotted it a few kilometers ahead, and he pulled over. After 4 days in
Srilanka, we knew what to expect. I hopped out and went inside to enquire what
their entry charges were. A man who looked like he was in charge, came forward
greeted me and said it was 500LKR per person. I went back and relayed this
information to my friend, we spent a few minutes deliberating on whether to go
inside or give it a miss. In the end, I kinda convinced her that we should [esp
since who knew when we would get to visit such places]. And boy, were we glad
to have gone ahead with it. 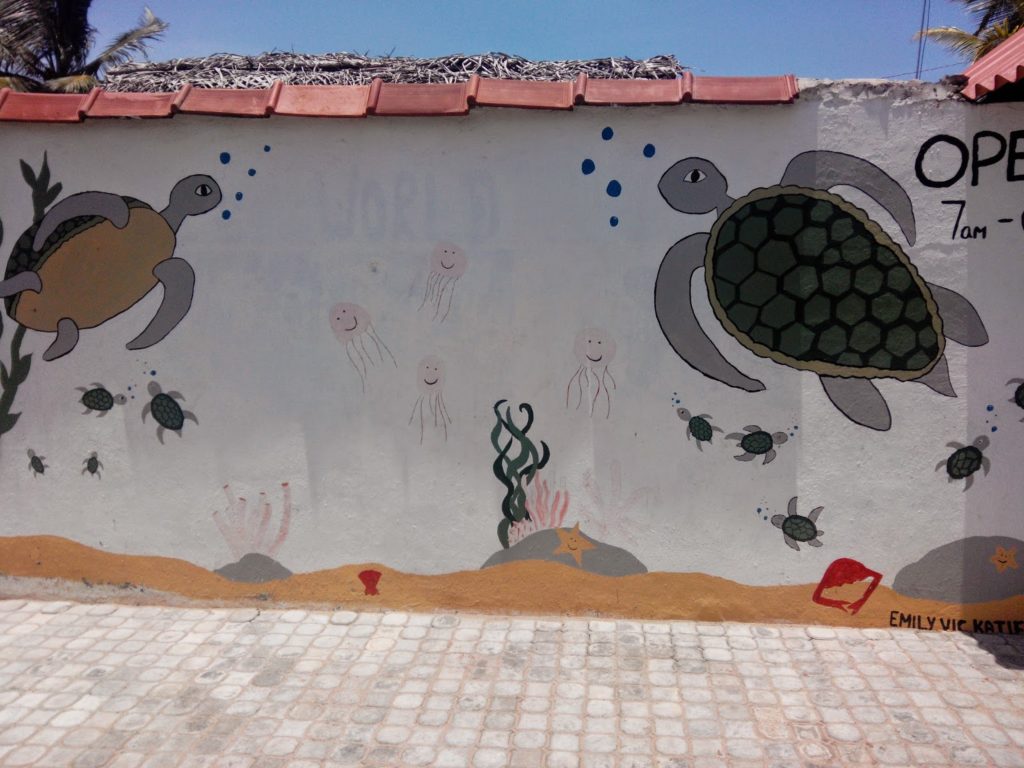 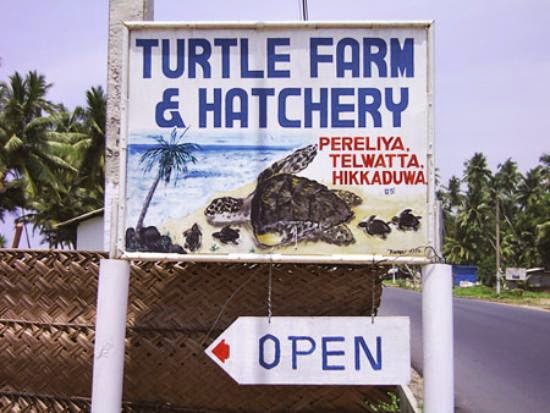 The man, Victor who owned the place spoke fondly about the turtles there. He has been running the place for a few years and was hoping his son/daughter would take over when they grew up. But alas, God had other plans. He lost his entire family in the 2004 Tsunami but said this sanctuary was his only pillar of strength and so he has continued his good deed. He and his team rescue turtle eggs from the shoreline regularly and they are kept in a big sand pit to incubate. There were boards with the various Turtle variety’s name on it.
Alongside the pit were big pools where we saw different kind of turtles swimming along.

One of the tanks had babies, some as tiny as a 1Re coin and others slightly bigger. Each pool had a board with information about the variety, and where they are normally found. In the 2nd tank were few giant turtles and after a brief introduction to them, we were told we could hold the turtle. Gasp!! There was another group of 3 near us [they had come from Holland], one of the guys went ahead and carried the big guy. It looked heavy, but I was so excited I knew I was not going to miss this opportunity. The turtle weighed a good 15kilos. That is as much as my Floppy weighs and he is easy to carry as he flops, but the turtle has a hard shell and there was the fear of it slipping out of my hands. But what fun it was to hold the guy, even if only for a few minutes. My friend came forth and the Man in charge commented “please don’t drop it”. I had to hold the big guy ‘cos I knew she would not be able to manage on her own. 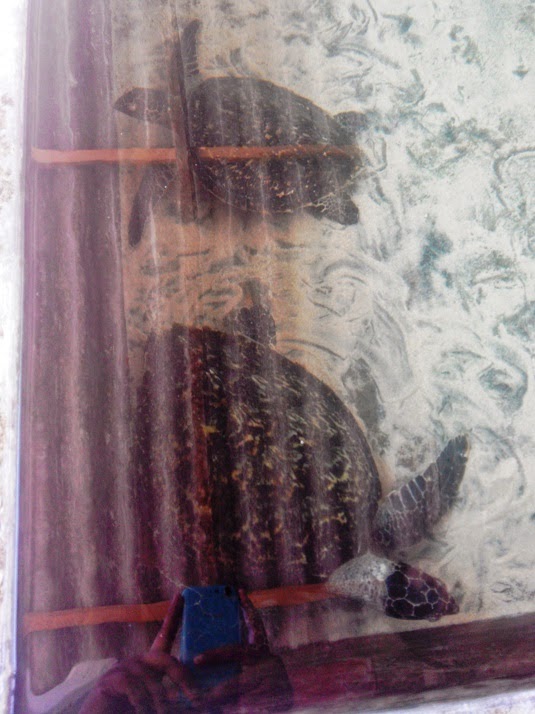 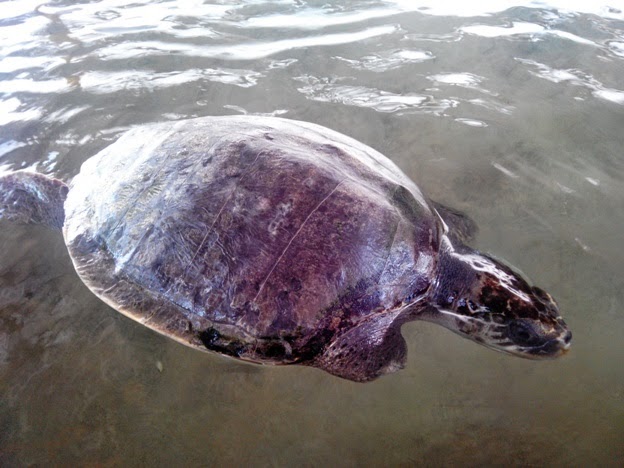 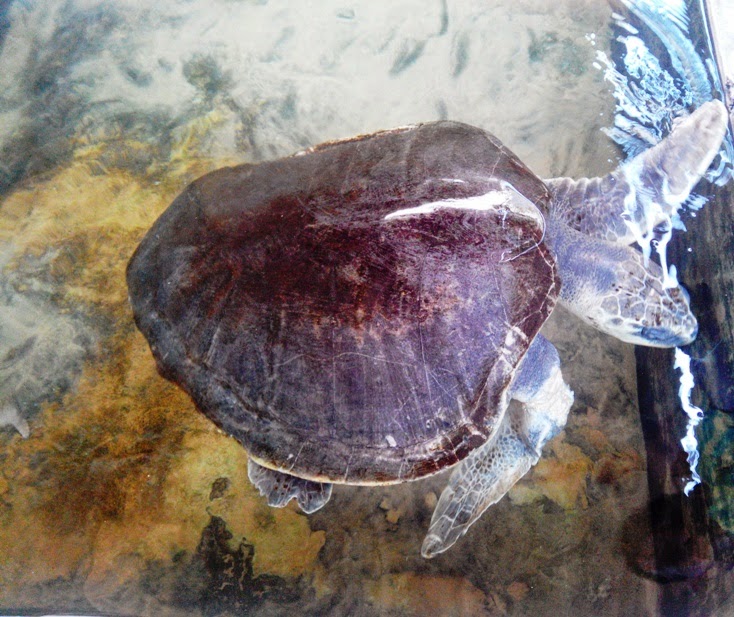 We then moved on to see the other
varieties and there was a pool with one giant turtle, and it was injured, did
not have a front leg. But he swam to and fro in that little pool non stop. The
babies were adorable; we lifted them gently and put them back in seconds. Once
they were back in the water, they tucked their hands and legs and lay still.
Apparently that is their way of playing dead and making sure they weren’t
picked up again. 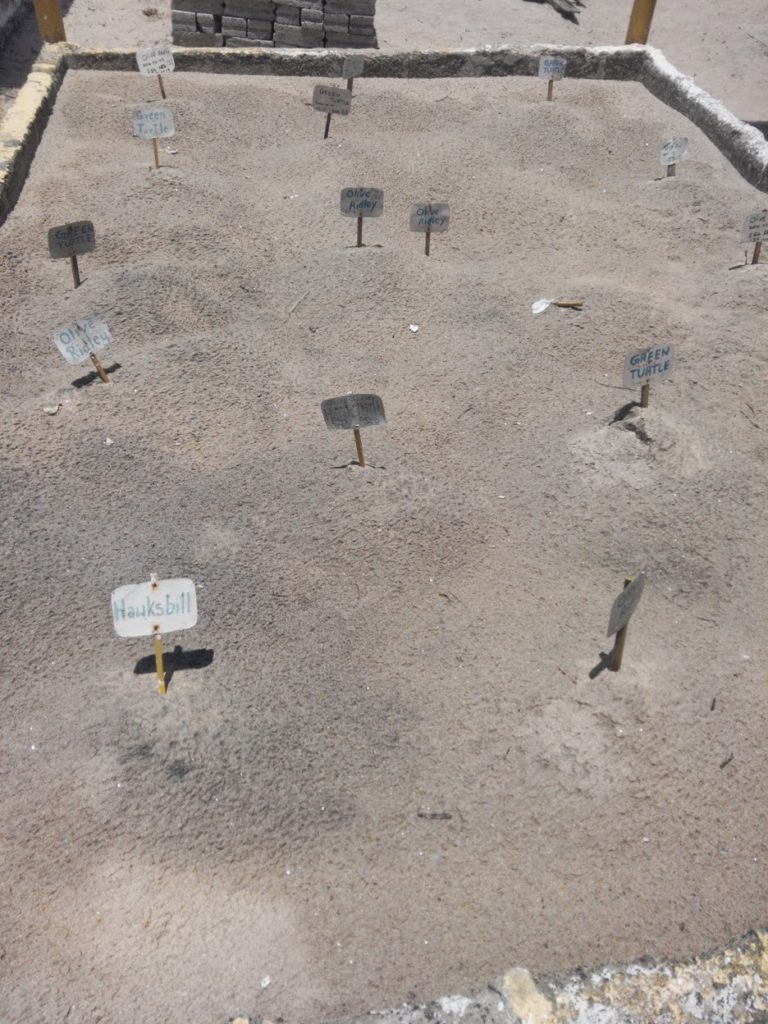 Sand pit where eggs are being incubated

Subsequently, we made a small
donation, just our way of encouraging the good deed that the man was doing.