Sywatch Friday– Amidst all that Gold- Golden Temple, Amritsar

I woke up dreaming of walking through
the long marble tiled floor towards the Golden Temple.  I could almost feel the chill on my feet, and
my dupatta sliding off my head to lie in a bunch around my neck.  The sun peeping through the curtains woke me
up from this beautiful dream and I went about the morning with a grin on my
face. It was our 3rd day in Amritsar and we were going to go back to
the The Harmandir Sahib [Golden Temple] for a revisit. We had decided the previous day to do this and
so we knew we had a purpose for the day. And within the next 24hours, we would
explore as much as possible and bid adieu to Amritsar, heading out to Delhi.

The weather was beautiful, a
subtle nip in the air which was just brilliant. Lest you wonder what is wrong with
me, let me clarify-”I love cold weather”, colder the better! I keep thinking I
should have been born in one of the cold countries instead of here in the
sweltering Chennai.  We marched down to
the restaurant for the breakfast [which had become a routine] and then headed
out around 10 am straight to the temple. 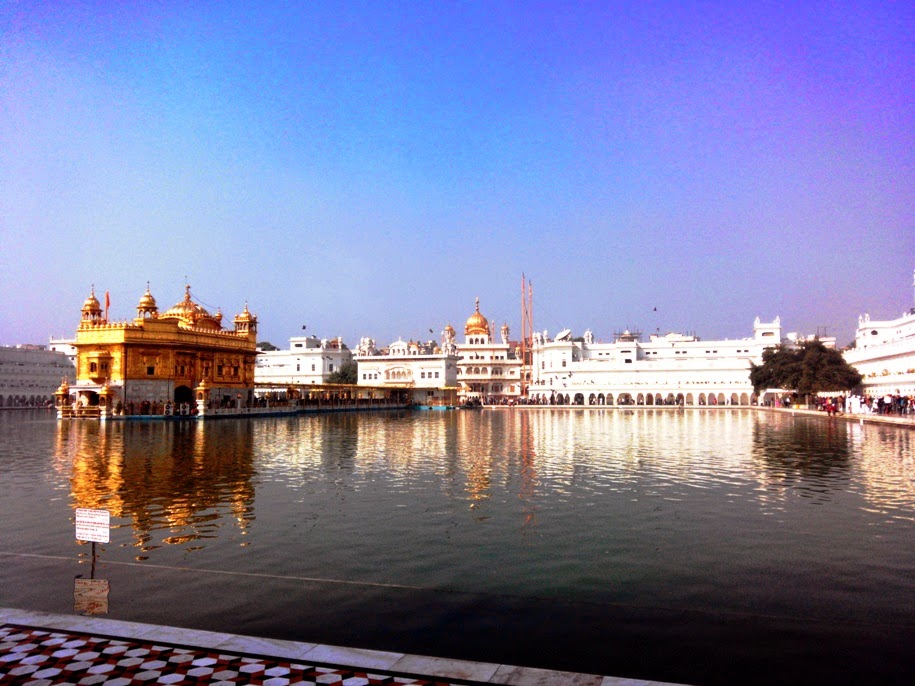 We finally reached the main entrance of the temple and soon became one with the crowd.  The amazing thing was there was no pushing, shoving, screaming, arms flailing around, or people yakking away on mobile phones. There was silence and peace. The water around the path shimmered in the morning sun, and the fish swam about happily.  As the line progressed, we walked in and had a quick Darshan before going around. H and I turned to go upstairs with the other friend R following us. His wife, A and son, Ra were behind us, but they disappeared on the 2nd floor. We reached the roof and looked around but to vain. So, R decided to go downstairs looking for her. H and I waited on the roof for a bit, walking around and finally gave up and made our way downstairs.

The Shish Mahal (Mirror Room) is located on the second floor. As you walk around you will see the intricate patterns along with numerous mirrors that reflect the light. The topmost floor contains the main dome, along with other miniature domes, and is situated above the Mirror Room.

We infact spent about half an hour walking up and down looking for R and co, but none in sight. We then called them to discover they were near the exit. Oh well, we followed suit and made our way out. But not before stopping for some prashad. When I held out my right hand, the man giving the cup full of “kara prashad” (a sweet made from wheat, ghee and sugar), resembling our Kesari instructed me to hold out both hands and placed quite a large portion of the prashad. It was Hot, sweet and yummy. From there, I got out to spot the others waiting in the open area. We then strolled around, clicked some pictures and finally exited the place. 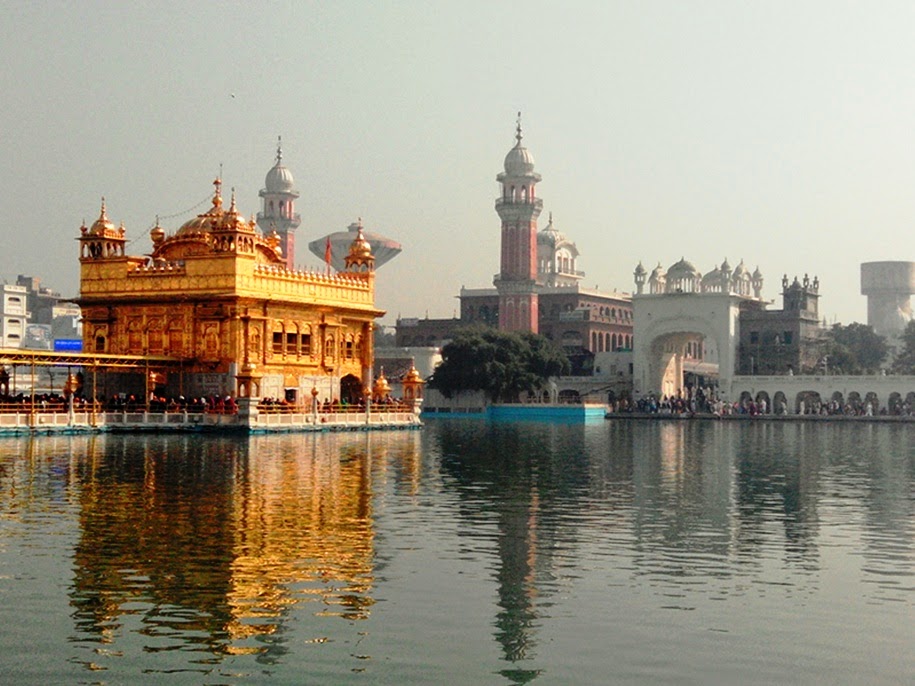 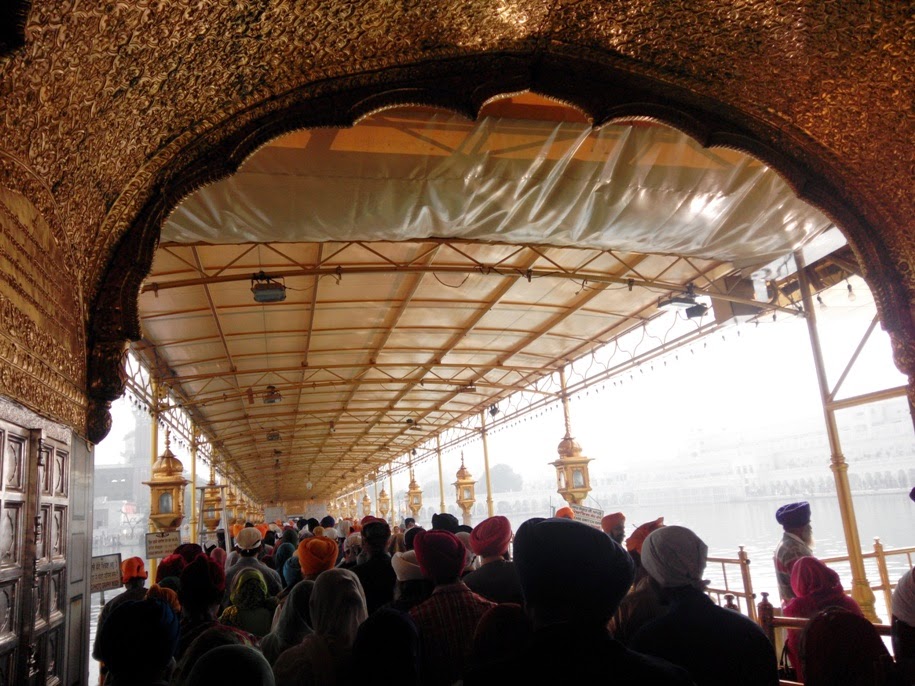 Other important structures of the temple include the Ghanta Ghar (the entrance), the Akal Takht (also known as the timeless throne) and the Central Sikh Museum.

We did walk over to the museum and spent nearly 2 hours exploring the place. There were floor after floor filled with history
and art lined up on the walls. Friends’ infact said there was an entire floor
dedicated to the Operation Blue but it seemed to have been shut/removed and
there was no trace of it now.

As we made our way out, the
chants resounded in the air, lingering in our minds long after we left the
place!
Ah, I could finally tick off one
more item from my Bucket List~!
For more beautiful skies, visit Skywatch Friday …

To know more about the Golden Temple, you can visit the below mentioned websites-
http://sgpc.net/golden-temple/index.asp
http://overseasattractions.com/asia/india/amritsar/golden-temple/