This rooftop
restaurant is one of our favorite haunts.. My friend & I have been here
more times than we can count. Situated on the rooftop, they serve some of the
most amazing Lebanese dishes. What is this restaurant? It is Kefi at Taj Club
House. We were back here to sample the dishes that were part of the Tunisian menu. The dishes at
Kefi are from the Mediterranean region and around.

Tunisia is located at the tip of north Africa
and has strong influences from both Africa, Mediterranean and India. Executive
Chef Siddiq with his team has drawn the menu for this festival. Aptly called
the ‘sun cuisine’, all dishes are based on olive oil, tomatoes, seafood and
meat (mainly lamb), with a distinctive spicy fieriness.
The food is very similar to the Mediterranean
except the spice factor is tad high.

The evening began with the
Amouse bouch- a slice of beetroot wrapped around feta cheese. It was absolutely
amazing, the sweetness of the beet went well with the sharp sourness of the cheese.
We managed to spend a few minutes learning about Tunisia from the Chef when a
plate of pide bread with dips arrived. I quite love this bread- with the garlic
yoghurt sauce, harissa and pickled olives/chillies.

Since the bunch of us knew each
other quite well, we were catching up on our lives when the starters slowly
made their way to the table. I was the only vegetarian but it so happened that
the veg starter that stole the show. I was served the Solanum brik (Baked
Pastry filled with and Mediterranean spiced creamed potato); which just melted
in our mouths and was creamy in texture. 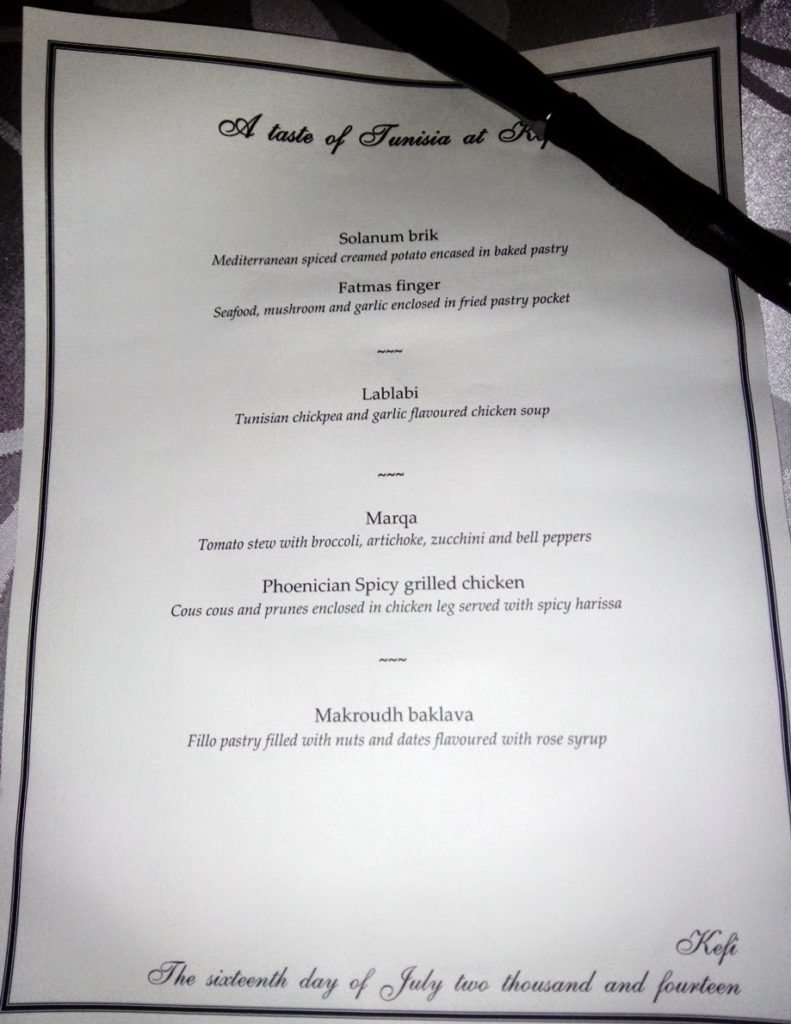 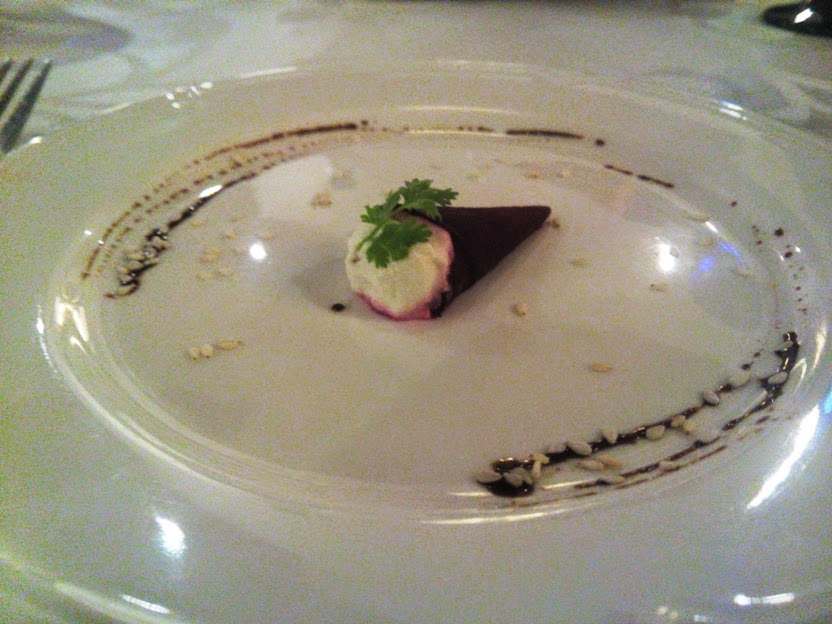 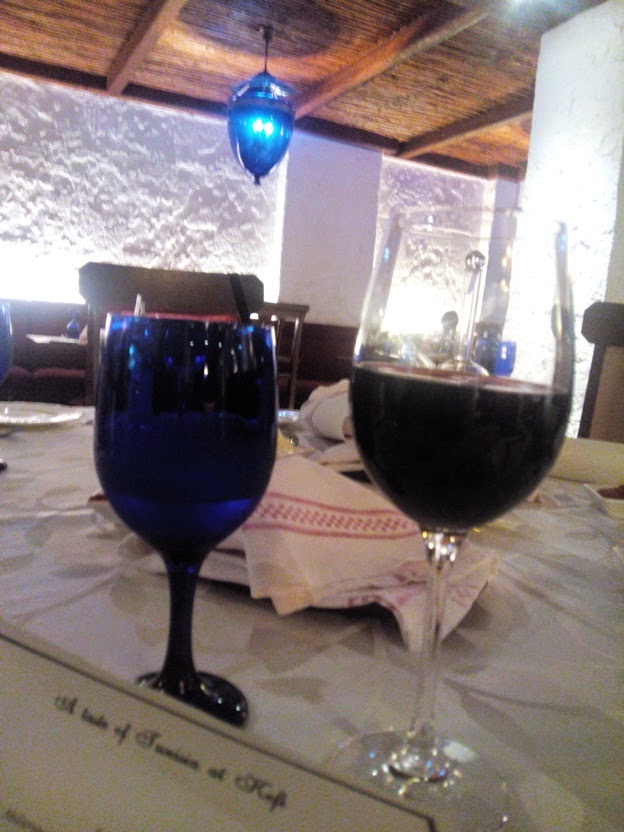 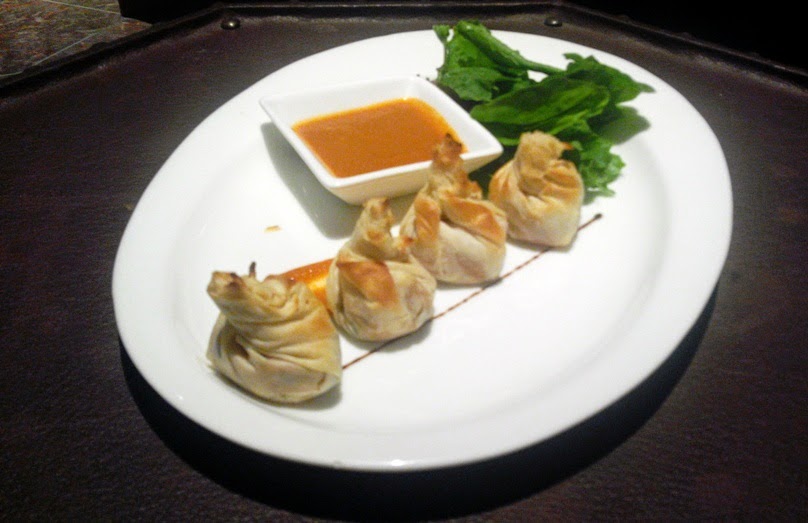 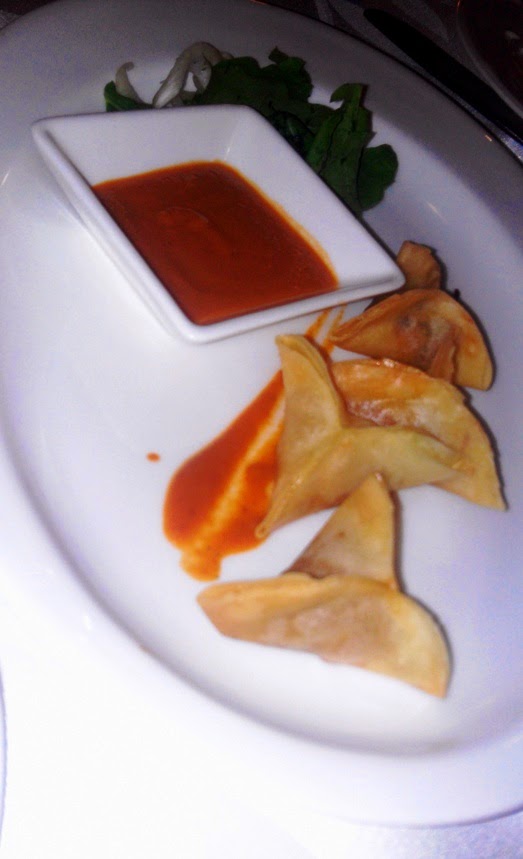 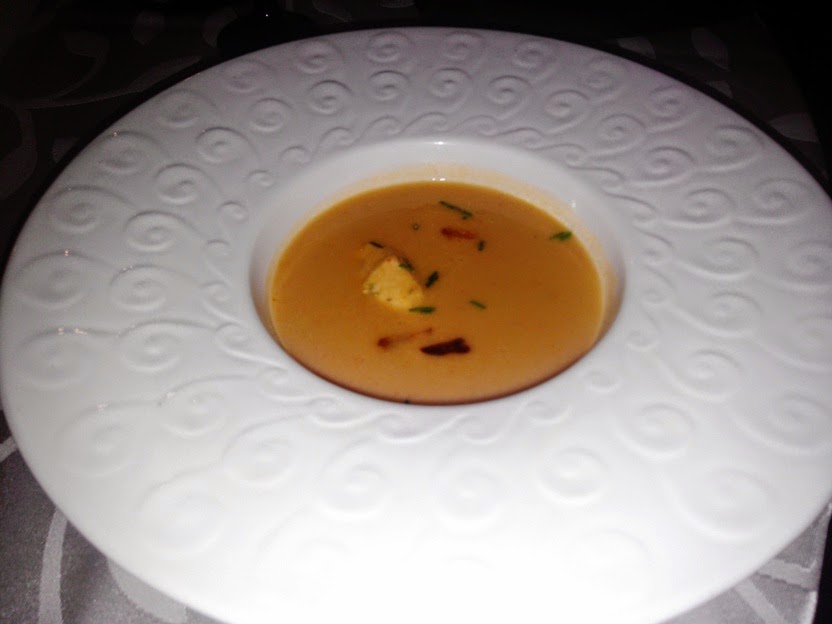 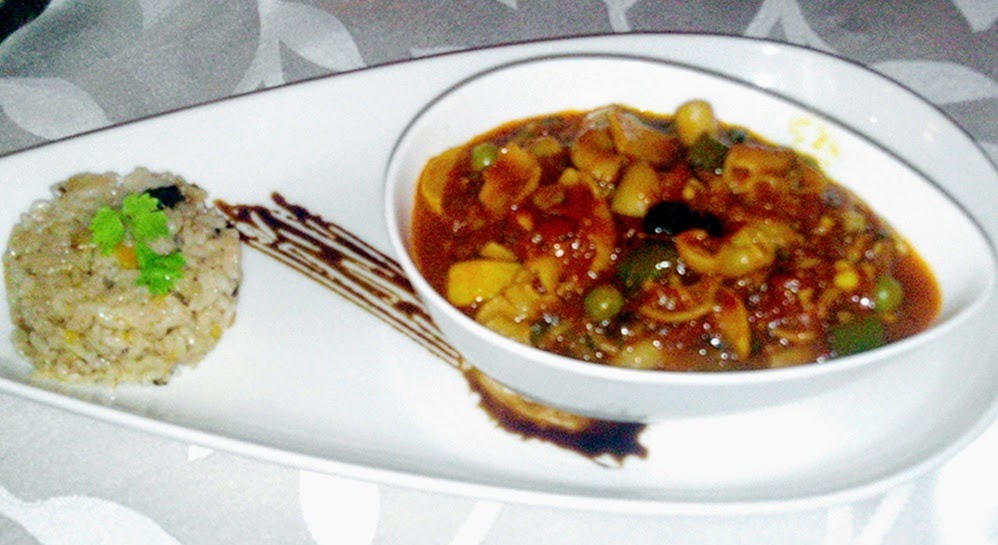 The others got the Fatmas Finger which was baked pastry filled with seafood, mushrooms and garlic. Some of them were not into seafood and they switched sides and enjoyed the veg starter.

The flavours were beautiful, very different from what we are used to and that made the evening special. Following the starter, we were served a bowl of soup- Lablabi soup (Tunisian Chickpea and garlic flavored soup) that was served plain for me while the others got chicken in theirs. It was quite a filling soup, thick, creamy and delicious.

Soon, it was time for the main courses, I got the Marqa (Tomato stew with Broccoli, artichoke, zucchini and bell peppers) while non-vegetarians were served a Phoenician Spicy grilled chicken (Cous cous and prunes stuffed traditional Chicken leg served with spicy Harissa). We also learnt that couscous was invented in Tunisia and has since then spread across the world. I quite liked the stew; it was like a thick soup made with a lot of veggies and macaroni as well. It was served with a small portion of rice. Only thing I would change would be the amount of tomatoes in the stew. 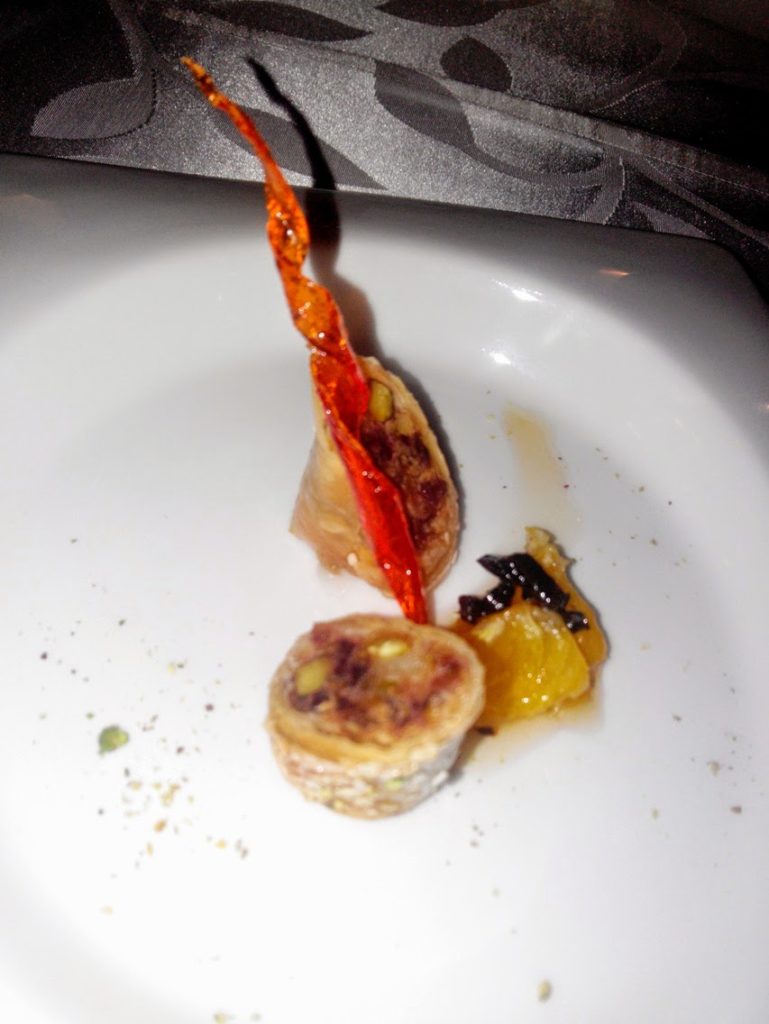 A fitting finale to this kind of
a meal can only mean digging into a sinful dessert. We were in for a treat, the
Makroudh baklava (Fillo pastry filled with nuts and dates
flavoured with rose syrup) served with a flew slivers of orange slices soaked
in spices was heavenly. There was also a sticky candy along with the baklava,
adding a touch of playfulness to it.