I
remember walking into the space while construction was going on… And today, I
was back here once again. The place was beautiful, oozing with class and style.
High ceiling, large open windows, simple décor was what made it stand apart
from the other hotels. I was at Park Hyatt.
From
the lobby, you get the view of the small water body with lotus ponds and the
beautiful Ganesha lounging under the umbrella. He just instantly catches your
eye. On the other side of the wall in the lobby were a few art pieces,
including an art installation of what looked like a woman lying down, suspended
in air while her hair flowed till the ground[ almost like what we see in
magic/illusion acts]. I was headed to The Dining Room, their 24hour coffee shop
of sorts.  It is divided into two rooms,
the front and the back. The front was open, brighter ‘cos of all the natural
light and this was where I spotted the Katti roll counter, dessert counters and
salad counter as well. 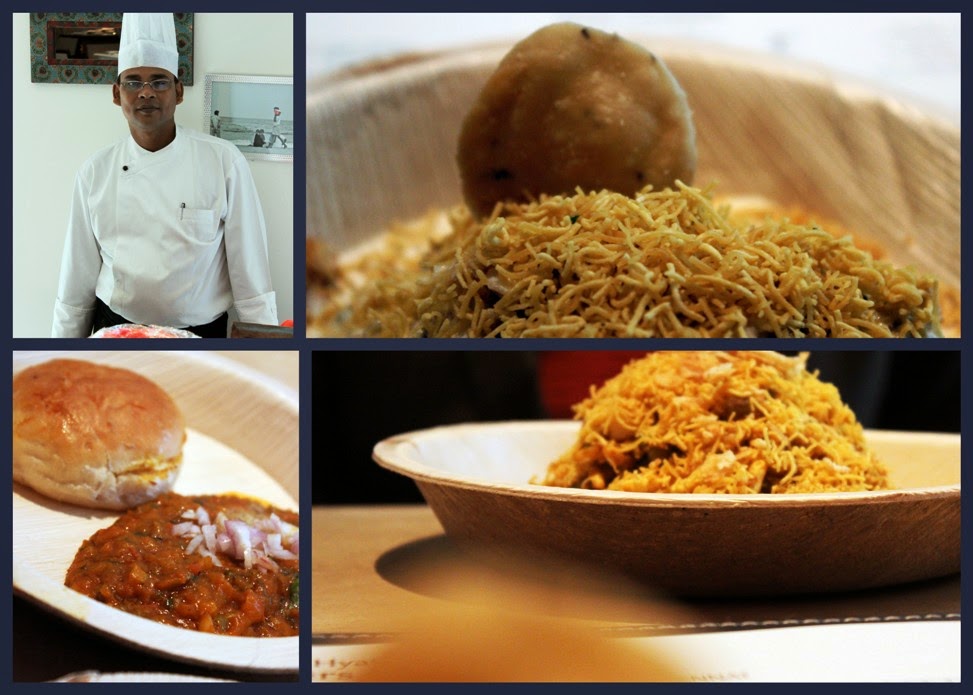 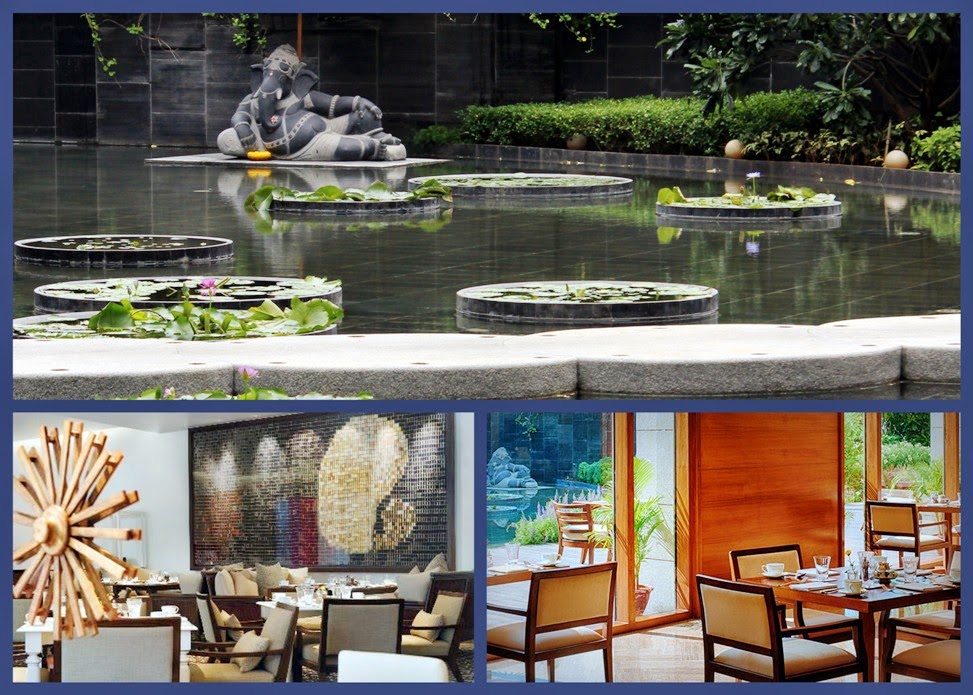 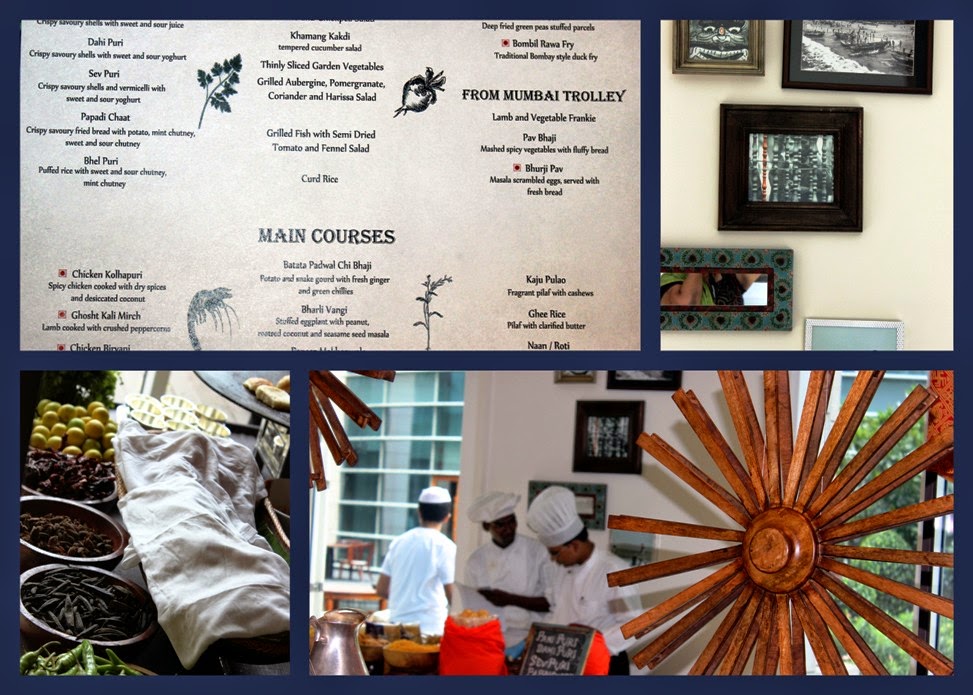 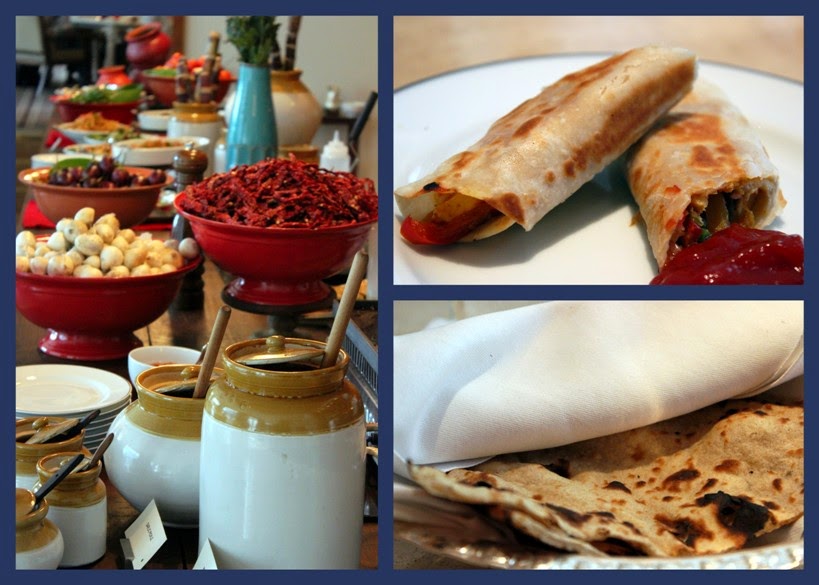 As
you walk into the other room, on the right wall, there was another art piece
that was just so intricate and beautiful. There were sofas and chairs, laid out
as if in a living room and on the other side of the room was where the food
was. I spotted a few carts and trays with food, and i also spied a Ice crusher.

They had a Mumbai Chaat festival going
on, and Chef Hafizuddin
Khan had been flown down from Grand Hyatt Mumbai. They were also hosting
a Mediterranean festival for which their Chef
Mohammed Allofrom
Grand Hyatt Doha had been brought down from Grand Hyatt Doha.
This is a hotel that hosts festivals slightly different from what we see
elsewhere. They also have a concept where one chef from an Indian Hyatt and another
from their international wing is brought down, adding personal touches.
After
a quick round of Hi Hello, I was served a glass of fresh Watermelon juice that
followed by a plate of Dahi papdi chaat. It was served in true blue style plate
and not fancy ceramic ware. It adds to the experience, indeed. The chaat was
pretty good, and i also got to taste their Pav Bhaji [quite different from what
you get here in Chennai].
Along
the walls near the Chaat counter were an array of photos, most of them were in
two tone colour, which brought back memories of a contest the hotel ran on
their Facebook page during the early stages of launch. It was nice that the
submissions got a wall to be showcased at.
Near
the chat counter, were the main gravy dishes – Vegetarian and non vegetarian
and a nonveg Biryani as well. I tried the Bhaingan sabzi and Tinde curry, both
of which were yummy. Am not a big fan of Bhaingan, but this was stuffed with
spices and daal, and was quite good. I had them with plain naan. I also sampled
the veg khati roll; it had paneer, colour peppers and zucchini [simple and
good, no masala overdose].
While
chit chatting with the Marketing exec Parijat, I discovered that Park Hyatt’s
signature style was personalised service and so they had restaurants and
banquet halls that were smaller than other hotels. Even though this restricted
business, it meant each customer was given full attention. 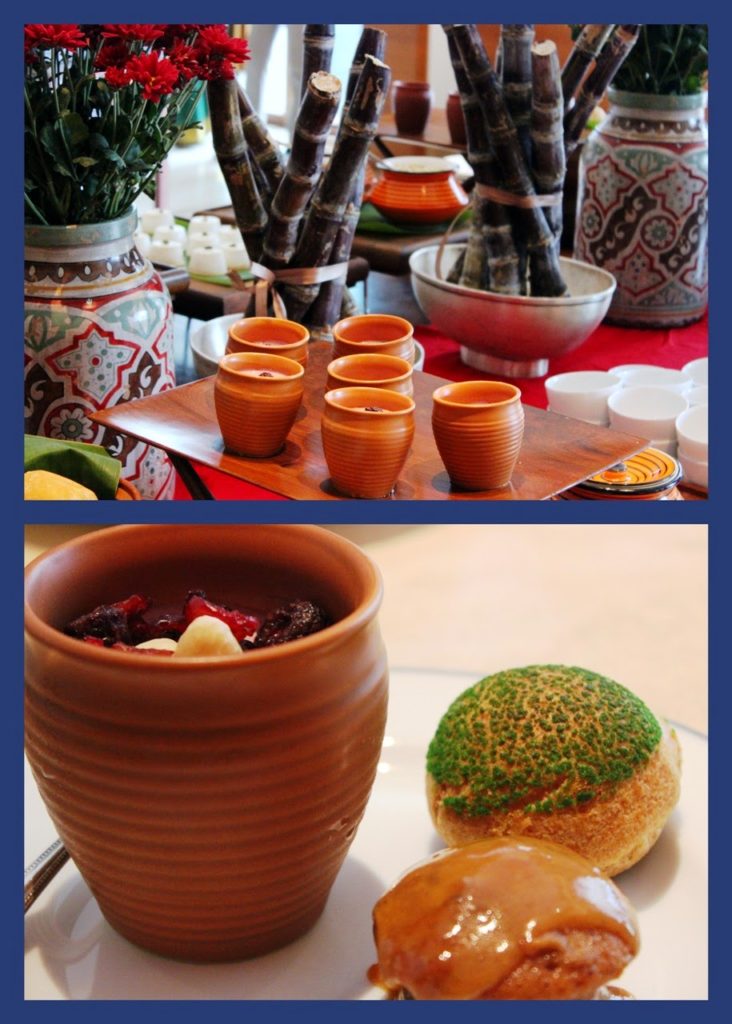 The
place had this laid back feel and time just flew as did the food and
conversations. It was time to check out the desserts, and I made a beeline for
the berry Shrikand, grabbed a Sticky date pudding and a pistachio profiterole [this
I have seen only on Masterchef Aus], and they had an assortment of dry fruits,
including cranberries and hazelnuts.
It
was
one lovely lunch…I felt bad for missing the Mediterranean workshop at
Flying Elephant. Am infact quite curious to explore more of Park
Hyatt..

The reviews posted on this blog are
based on my personal experience. Also remember these were just my
views!! Remember, no two palates are the same. Bon Appétit  🙂