My birthday comes with a lot of
fond memories, one of them quite special. Few years ago was on a road trip with
a friend down the Coromandal Coast. And on Sep 4th morning we got on
the road towards Chidambaram. My friend had spoken to her mom and got the
number of the priest at the Chidambaram Natarajar temple so we get Darshan without
much hassle. I have been to Chidambaram couple of times before, but only once
to the temple and that was an incomplete visit. The place had been packed and
we were unable to see anything, leave alone the main deity.
So, this time I was curious to
see the famous Chidamabara Ragasiyam [rather figure out what it was]. We waited
near the temple chariot [ther/ratham] for the priest who came by in a few
minutes. He then took us inside, showed us around the outer column of deities and
shrines. He then asked us to wait so most of the crowd will leave and we can
get a good Darshan. He even gave us permission to click pictures of the temple
[just the outside ofcourse], photography is prohibited but he went on to say
that many who came clicked on their mobile phones on the sly. 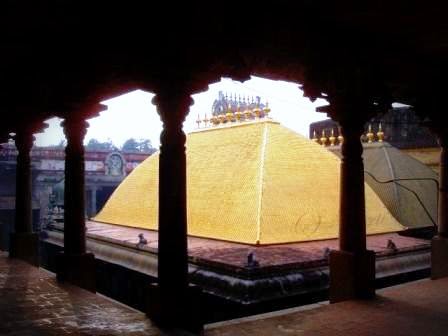 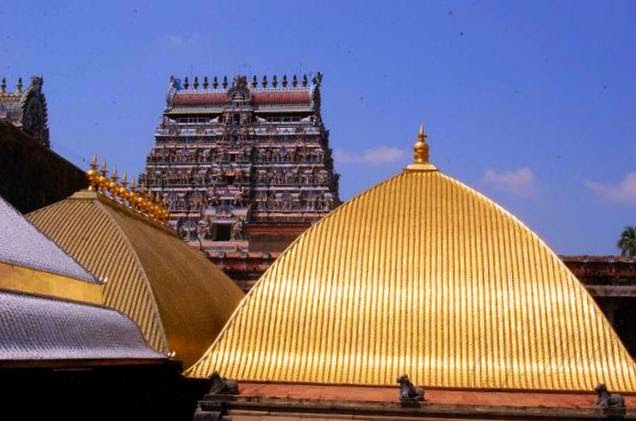 And thus began our time at the
temple. We visited the shrines around the main temple and then he took us
inside. He told us we will also get to see the Chidambara Ragasiyam. My friend
knew of it but I was quite blank and ergo curious.
Legend has it that Chidambaram is
where Shiva and his consort Parvati are present, but invisible to most people.
In this temple, the Chidambara Ragasiyam is actually hidden behind a curtain right
next to the main shrine. Our priest beckoned us towards the front and parted
the curtains to show us what was hidden behind. It is actually a curtain of golden
leaves from the Aegle Marmelos tree [[vilvam elai], signifying the presence of
Shiva and Parvati. It is believed that saints can see the gods in their
physical form.
It was quite a moment! We did a
small archanai for my B’day and made our way out of the temple, thanking the
Priest for his time. From there, we headed towards Porto Novo….