Grills of the world fest at Barbeque Nation…

Chef Pat Chapman in the
house!!
It has been a long time since I visited Barbeque Nation. The
very 1st time was for my birthday and since then has been there
quite a few times with different sets of people. But then, since am a veggie
and not really into Bbq, kinda gave up visiting here.  So, when I got wind of the Grills of the
world event and that they had celebrity Chef Pat Chapman flown in, I had to
make a visit. 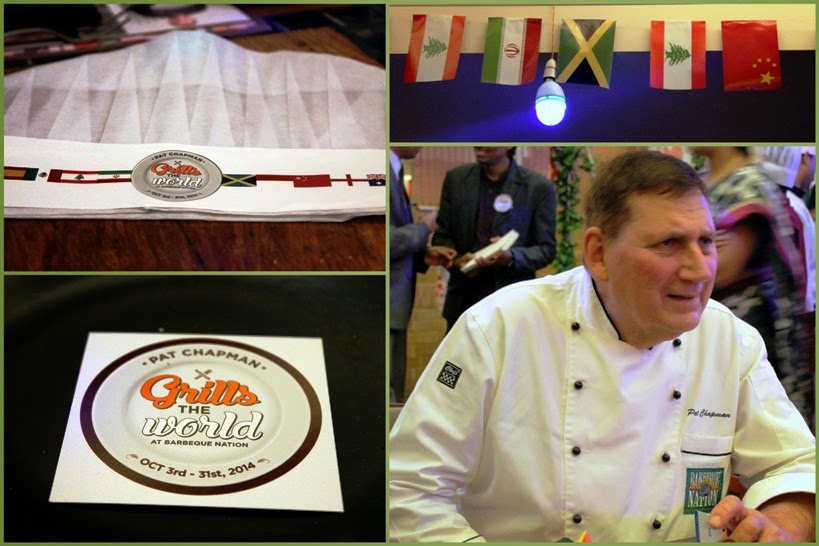 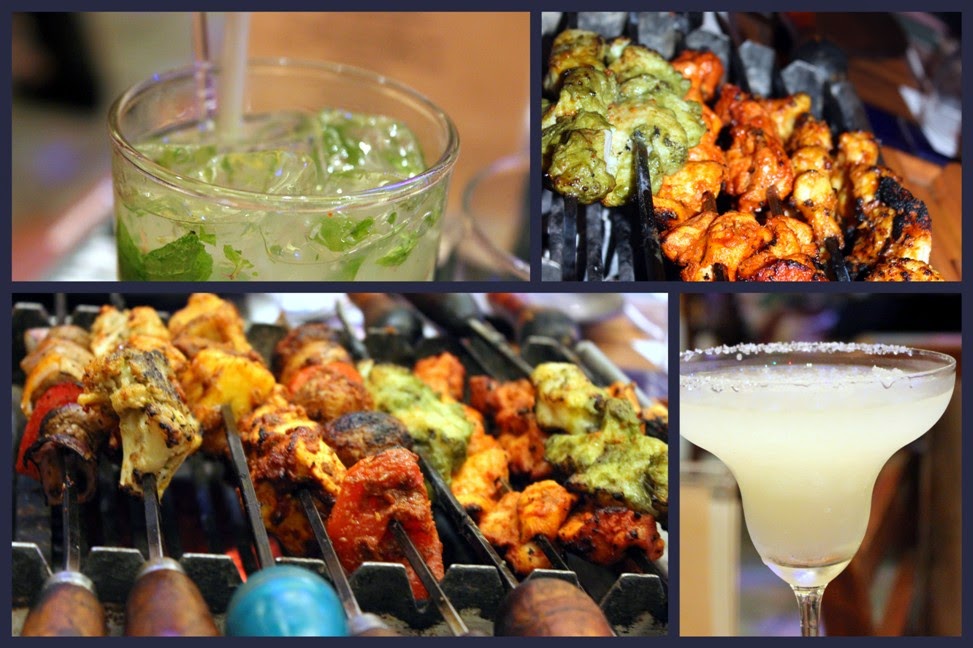 Hailing from UK, this 73 year old Chef has been touring the
country, visiting the various Bbq Nation outlets and giving his insights and
inputs as he went along. He is infact dubbed as the Curry King back in the UK,
owing to his love for the Indian curries.
During the course of the evening, we got an opportunity to interact with
him, ask him a few questions and learn more about his culinary journey as well.
He told us about the time when his family was in Lucknow, and his grandmother
continued to cook Indian curries even after they moved to UK which is where his
love affair with the Curry began.
He also said he loves his curries spicy,
which is quite surprising considering how food in UK is quite bland.
During the course of the conversation, we asked him about the
Nouvelle cuisine [ put a tiny blob on the plate and call it fine dining], which
he laughed at and said was not the way to eat. He also said how Indian food
cannot be served like that, it needs to be hearty and comforting. A statistic
he mentioned had us all speechless, he mentioned there were around 9000 Indian
restaurants in UK and the total number of restaurants in the country was
somewhere at 54000.  He concluded by
saying that the British sure were addicted to Indian food and loved their
curries.
Coming back to Barbeque nation, they are hosting this
festival through October, till the 31st and have quite a few new
range of marinades for the dishes, about 14 in total.  Some of them are,
1) The
British Isles – Yorkshire Marinade & Worcestershire Marinade
2) Spain – Valencia Marinade
3) Middle East – Lebanon Arabian Marinade & Persian Marinade
4) Americas – American Texican Marinade, Albuquerque Atomic Marinade, New
Orleans Incendiary Marinade, Aztec – Mole Poblano Marinade
5) Africa – Jamaican Jerk Marinade
6) Australasia – The Outback Emu
7) Far East – Mighty Hot Mai Thai, Chinese Sichuan and Indonesian Bumbu Kacang
and then there are few more….
Through the course of the evening, we watched him give a live
demo of some of the sauces/marinades, explaining the ingredients- lemon grass,
galangal, some of which the locals were not familiar with. And then we were
served quite an array of vegetables and meat- each with a unique marinade. The
unique ting about barbeque nation is that they were the 1st
restaurant to bring forth the bbq on the table concept and it is still a big
seller today. The place was packed, with families and groups who were having a
good time.
After a round of food, there was a break where the staff
broke out into a song and dance routine, roping in some of the customers as
well. All we can say is it was a lively evening- there was food, music, fun and
well, what more can you ask for?  It was
all about giving customers an experience, one that went beyond just food. And if you have space in your tummy after all these starters, you should go try out some of the dishes in their Buffet [ incl some desserts]
So, if you are curious about the flavours and are looking for
a place to go chill out with your friends, you know where to head.
Timings:
Lunch: 12:00 PM To 03:30 PM
Dinner: 06:30 PM To 11:00 PM
Address:
Barbeque Nation
Shri Devi Park Hotel, #1, Hanumantha Road, North Usman Road,
T. Nagar, Chennai
Hotel Bhimaas, 1, Amman Koil Road, Near Murugan Temple, Vadapalani,
Chennai
To make a reservation- 044 30853761
Disclaimer:
The reviews posted on this blog are based on my personal experience.
Also remember these were just my views!! Remember, no two palates are
the same. Bon Appétit 🙂